The Sniper Ghost Warrior series returns with a sequel that offers some great moments as a sniper but the title has serious design flaws.

Sniper Ghost Warrior series has almost ten years of history behind and the developers have tried to offer players various titles that put us into the scope of a sniper. Now the title returns with Sniper Ghost Warrior Contracts an open-world game with multiple paths, apparent freedom and good times like ” sniper “. Although, this time the title has some design errors and therefore the whole experience feels dull.


After playing Sniper Ghost Warrior Contracts and experience the moments make you feel like a  real sniper with good shooting mechanics and those that ballast all the experience that makes the title recommended only for the most loyal fans of the series. 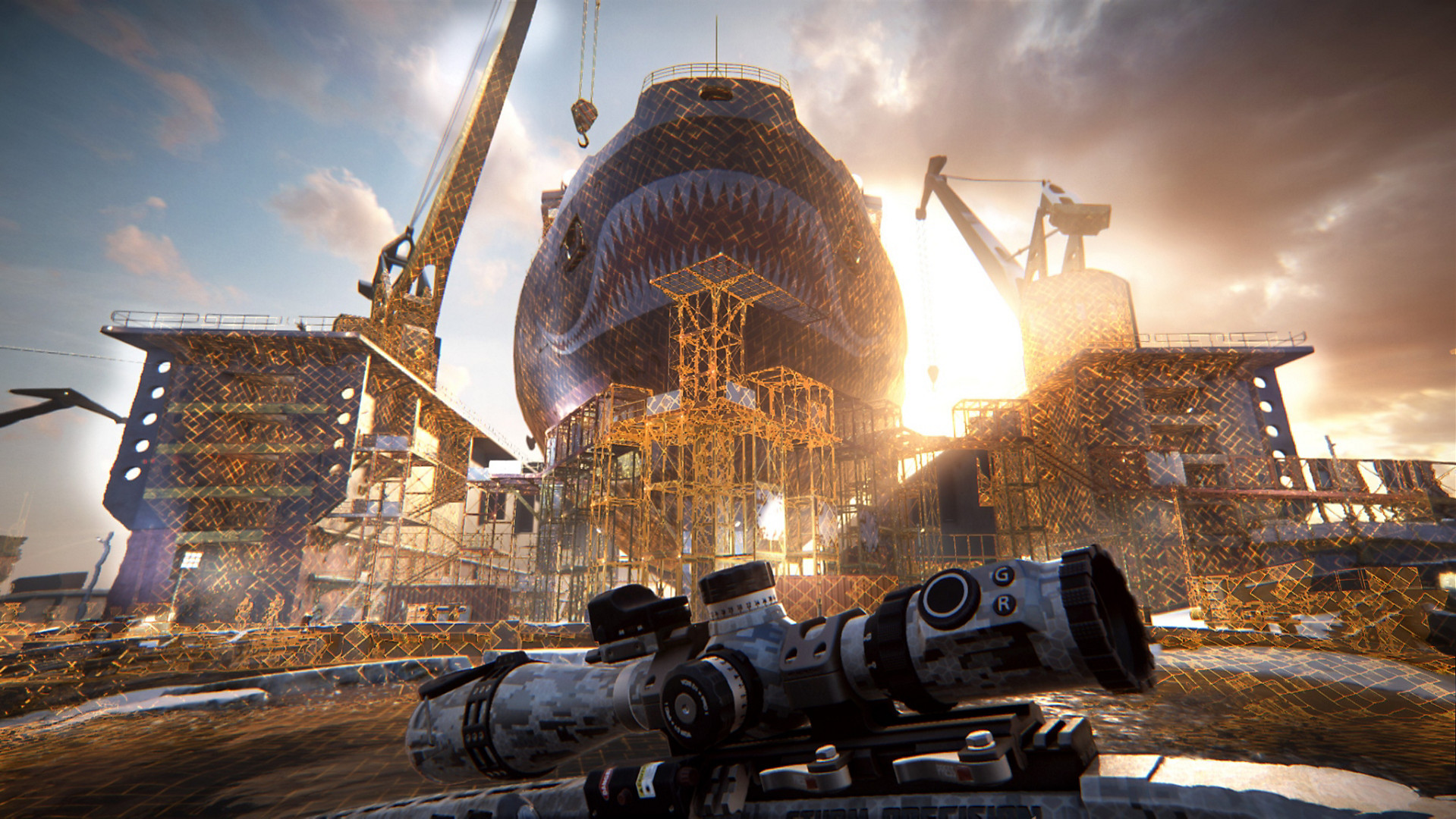 The frozen setting of Siberia

We will embody the role of a sniper who must fulfill different contracts at different points in Siberia, having to travel to five different maps with several objectives that we must complete before starting the next level or map. The positive part is that we have enough freedom to complete the objectives of the different levels without following any specific order or path. In fact, map design is one of the most positive points of delivery with multiple paths and hiding places to move around in search of a good position to bet and begin to snipe our enemies from a distance, also being able to use elements on the map to distract them or to end their life, for example, the typical mechanics of blowing up an explosive barrel. 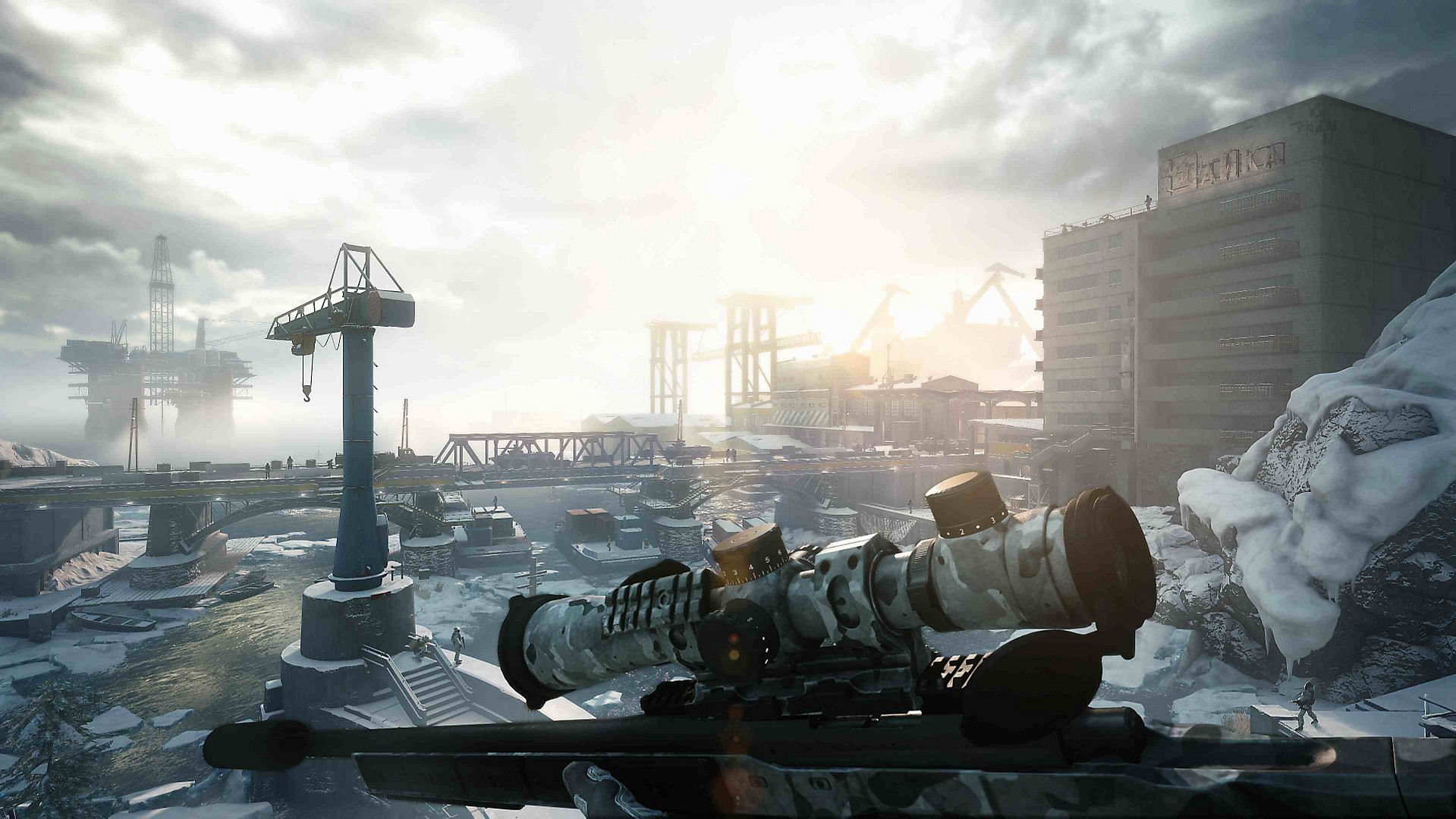 The problem with the objectives on each map is that most of them have little or nothing to do with the mission that a sniper would do since many of these objectives need us to get into a high-risk, infiltrating the heart of the base enemy to get hacked a server, steal a phone, place explosive charges, and so on. To do this, we can either clean the entire area of ​​enemies from a distance (something we can not do on all occasions) or infiltrate in some way, wasting the good shooting mechanics from the range that the game has to offer an infiltration experience feels half-baked and not satisfactory. 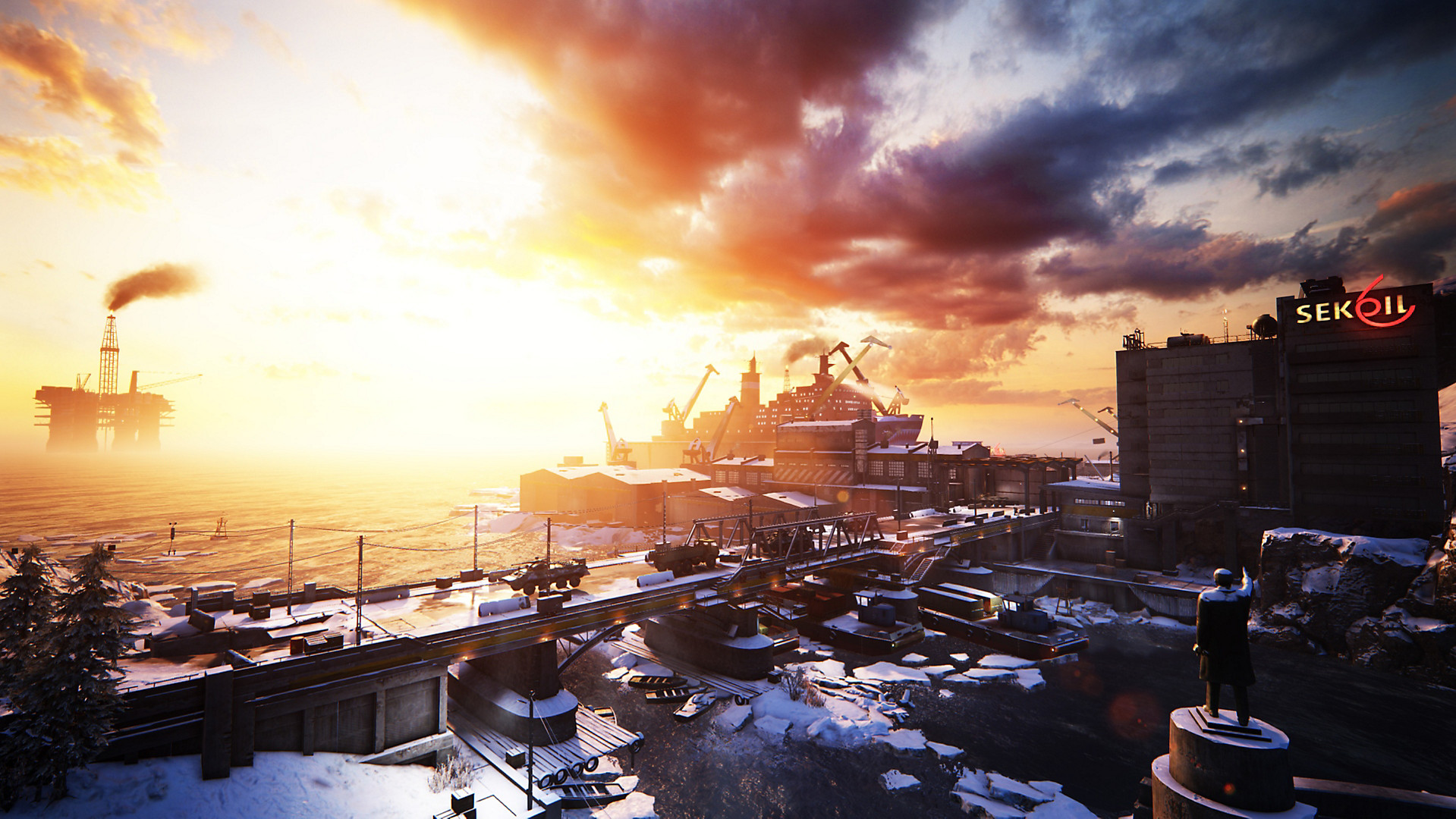 Hold your breath before  you pull that trigger

As mentioned earlier, the best mechanics of the game, obviously, are long-distance shooting using typical sniper mechanics , being highly recommended to look for an excellent position to kill enemies methodically, analyzing their routes, looking for the Timely time to make each shot, holding your breath, aiming at your eyes as we gently press the trigger until we hear the shot with the projectile coming straight towards our enemy. 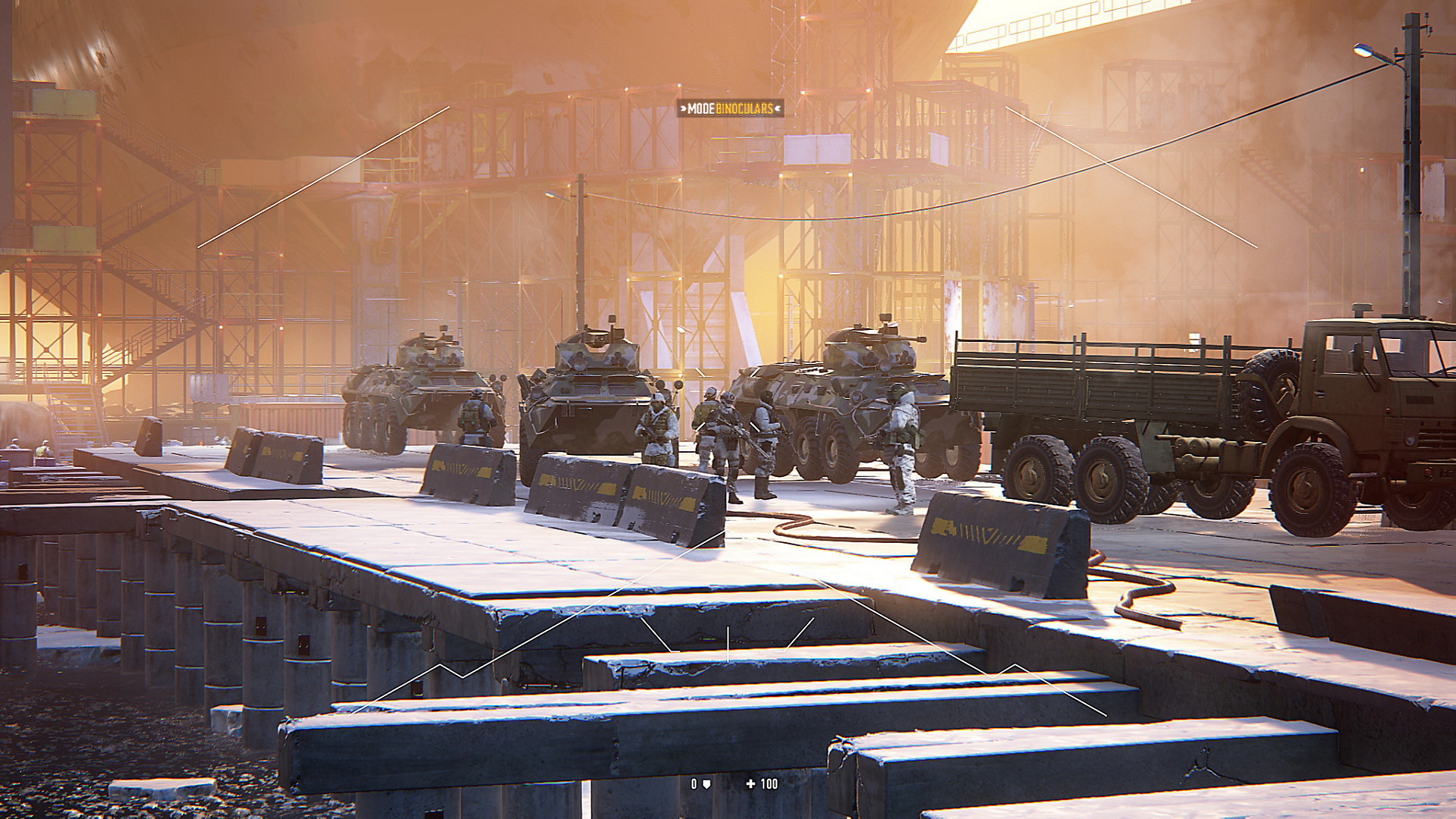 To help us in the task of identifying the routes of the enemy and the distance (crucial to hit the shots), we will have a kind of binoculars that will help us to mark all the rivals. Once they are marked, we will know in real-time the distance they are at each moment. With this in mind we can aim with our precision sniper rifle that will also indicate the wind direction and will show us, every few seconds, a broken line that we must take into account to correct the shot according to the intensity and direction of the wind, hitting the enemy if we make the corrections and apply the correct distance in the shot. With all these aids mastering the sniper mechanics will not take us too long and, after a few encounters, we will feel like a powerful ” sniper ” capable of ending any target at any distance. 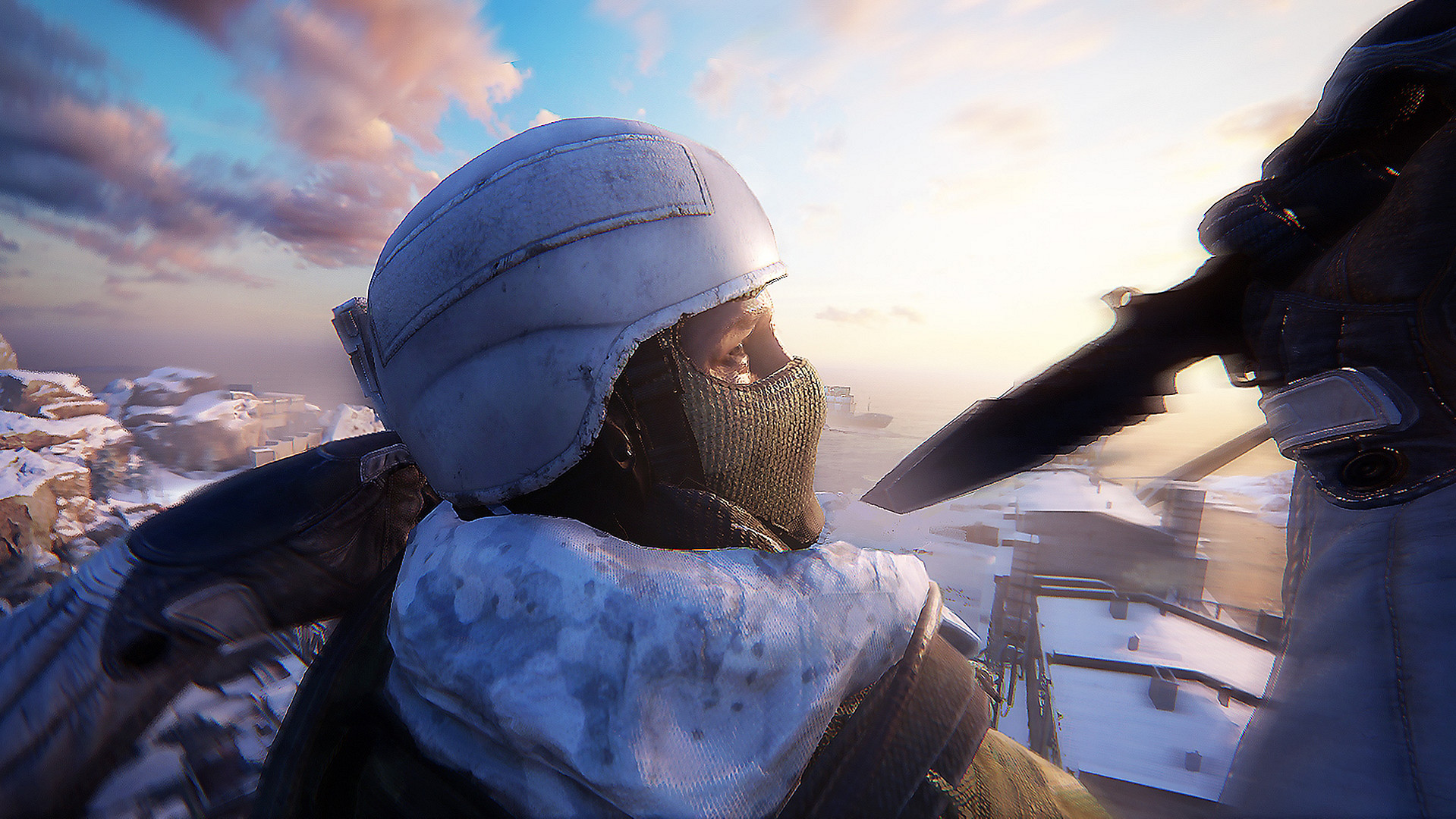 A mask that a Sniper can only dream

If the aids we have talked about so far seem to you few, we still have more news for you since during the game we will be given a mask capable of helping us even more if possible during our missions being able to detect, from good to first, objects of importance in the field. This mask and the rest of our team can be improved and, after a few hours of play, we will have at our disposal many aids, perhaps too many, that take away enough integers to the title being able to detect all the enemies in an area without even seeing them or even Detect the firing angle of enemy snipers.

Design Flaws and a lack of consistency

Sniper Ghost Warrior Contracts has good ideas in terms of levels, the freedom to face the targets and the shooting mechanics while we play our sniper role. The problem is that at some points, the game has a total lack of coherence and other mechanical failures that undermine the gaming experience, and these issues really test your patience on more than one occasion.

An example is that, during one of the moments of the first mission, the game told us that our suit was reinforced and was able to withstand falls from a height, and we jump down through a hole with hardly any damage. A few minutes later, we throw ourselves from a slightly higher distance with the result of ending our life. Another example is that we control a skilled character, capable of climbing through certain places with apparent ease, but unable to maintain balance in some trunks or to cling to certain icy projections in the water simply because the game does not want us to go for that place.

Another point that took us a lot out of the game was a moment during a mission in which we were informed that our objective was directed to your vehicle. We were in a high position, protected and unbeatable to end the enemy, and we decided to wait until he arrived at the vehicle to shoot at one of its weak points to end his life, simulating some kind of explosion. However, when our goal arrived at his transport, he began to circle around him, without riding at any time in order to, after a few minutes of waiting, decide to end his life for the brave, leaving us with honey on the lips of a more satisfactory decline.

Also, we have also found bulge failures in AI such that the enemies do not react when we kill a target just behind them breaking a glass with our shot or that they do not see us when facing their noses. Another mistake is found in ballistics, hitting an enemy with a shot with the precision rifle in the heart a few meters … to see how he almost did not move from his position and began to look for us. Another more serious failure that we hope to fix with the launching patch is a failure in the autosave and in the rapid displacement that causes that, sometimes, we reappear with enemies to the side, creating a combat situation. 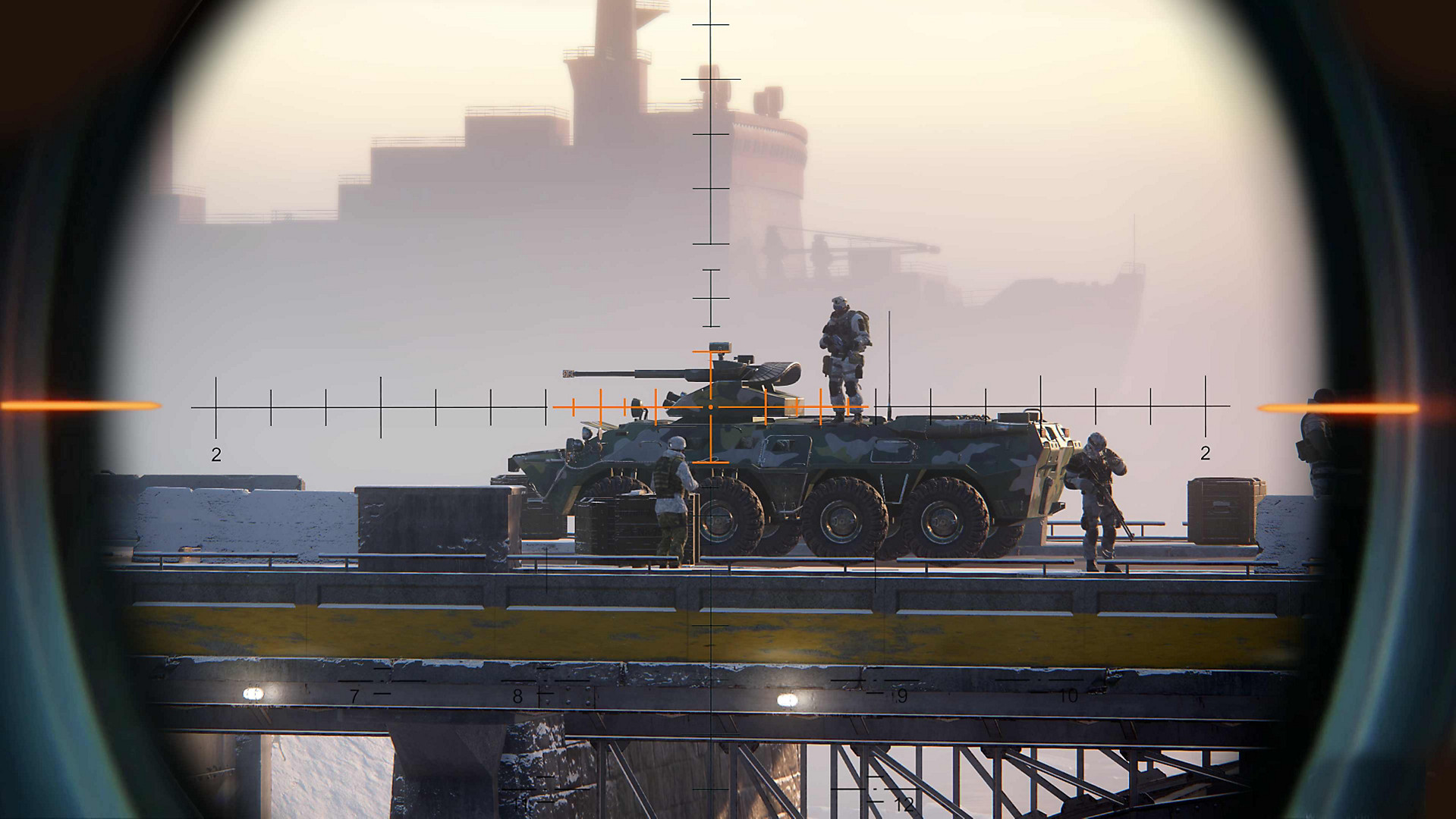 Sniper Ghost Warrior Contracts moves thanks to the CryEngine engine and has a relatively decent technical section to be a low profile game. Do not expect to find some graphical marvel, but it has well-achieved effects and textures quality, as well as stable performance on consoles. 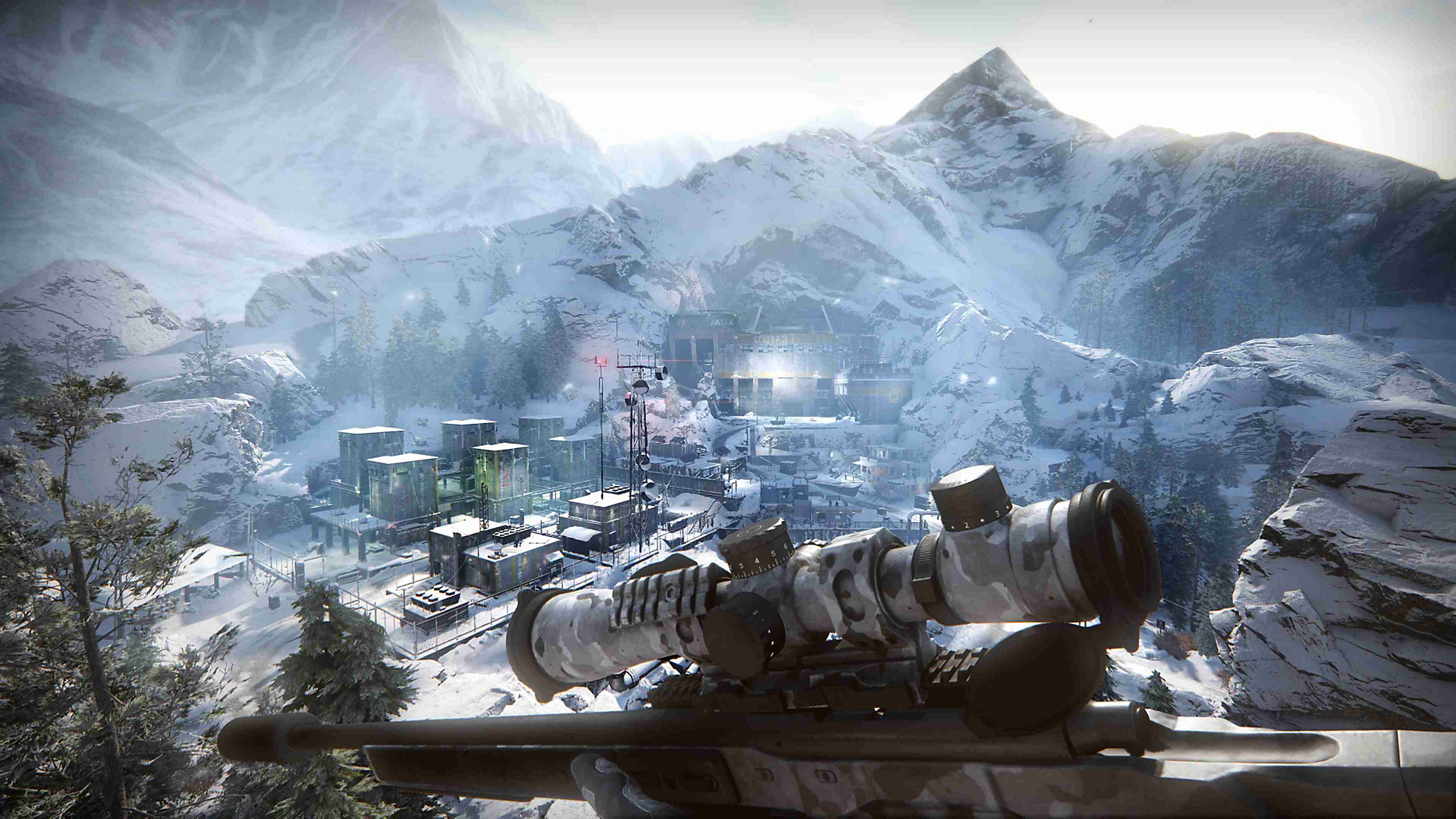 Sniper Ghost Warrior Contracts is a game that allows us, in certain situations, to enjoy proper sniper mechanics, making us feel being really lethal against the enemy and causing quite enjoyable moments. The problem is that in the rest of the game lack of coherence and turning fun into a bitter taste due to a handful of design flaws that spoil the experience on many occasions. If you could ignore those issues, Contracts is an excellent sniper game. The problem is that those moments are counted in each game, which makes it a title only suitable for fans of the series.

We have prepared this review with a PS4 code provided by Terminals.