Return of one of the most revolutionary and fun shooters of the last decade with amazing remastered visuals.

Nine years ago, Infinity Ward surprised the world with a stunning first-person shooter set in the current war that forever changed the concept of multiplayer on consoles and gave us some of the most epic campaigns we’ve seen to date. The basis of success lay in a fast, tactical and tremendously addictive gameplay that comes with an excellent level design in both the multiplayer and the campaign. This makes Modern Warfare as one of the best titles of the genre. Today, almost a decade later, we received this new version from Raven Software, although you can only acquire it if you buy the Legacy Edition of Call of Duty: Infinite Warfare.

The first thing we feel when playing Call of Duty: Modern Warfare Remastered is a flashback that makes us travel back in time to experience the same sensations as nine years ago, but enjoying another level of satisfaction in graphic section. The whole game has been re-texturized in high definition, improved modeling, including new effects, optimized animations and created a powerful lighting engine. Undoubtedly, thanks to the great work of Raven Software we can enjoy a video game completely visually updated. 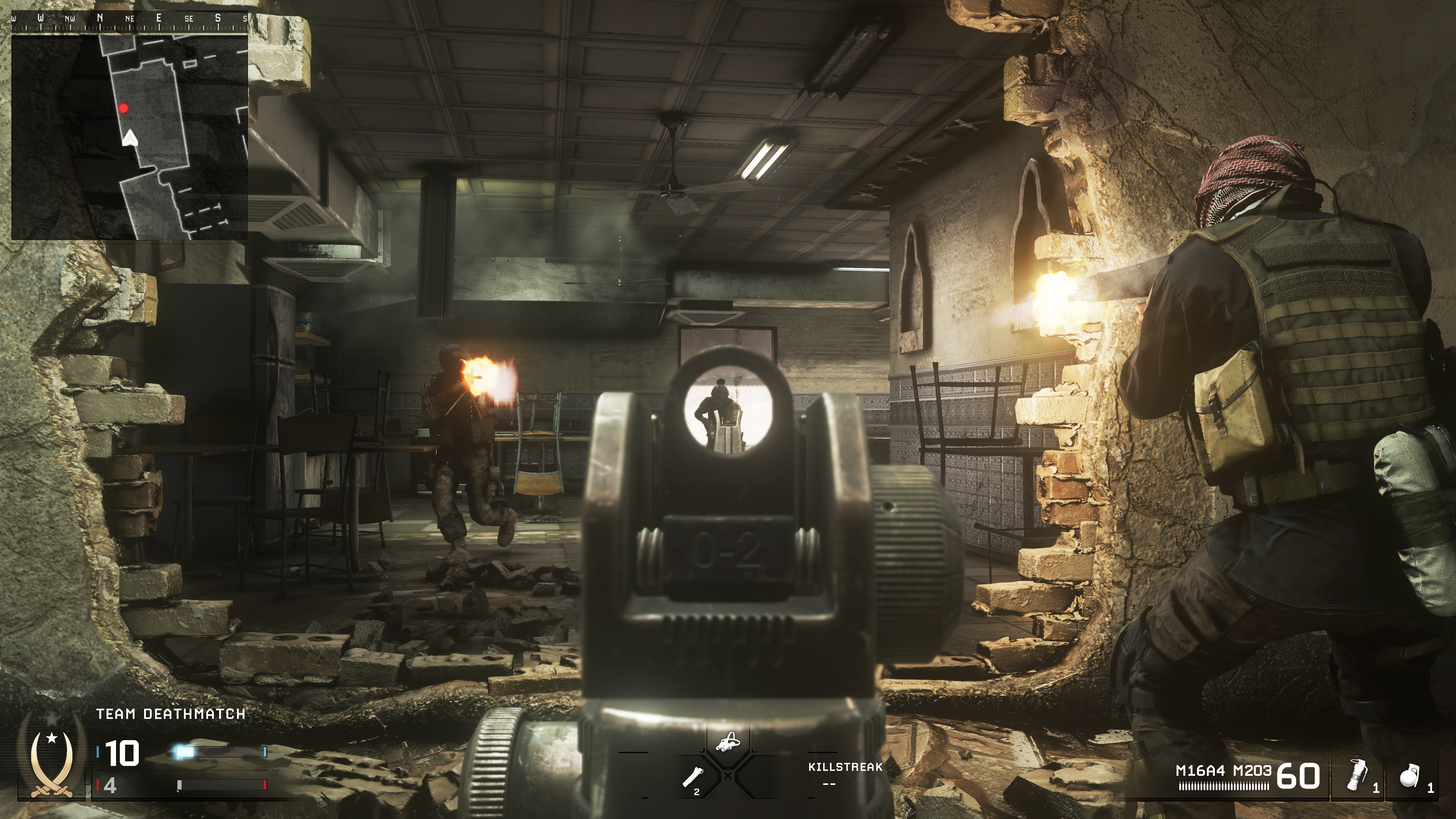 The campaign is the section that offers the best graphics; Raven Software has carefully respected the staging, color palette and lighting of all missions. In story mode, we will always fight with the US Army, and we will travel through different locations to face a nuclear threat that calls into question of world security. In this fractious narrative speech, which at times becomes somewhat chaotic, we will enjoy a realistic and action-packed plot. However, it is in the playable section where Modern Warfare Remastered draws its full potential. 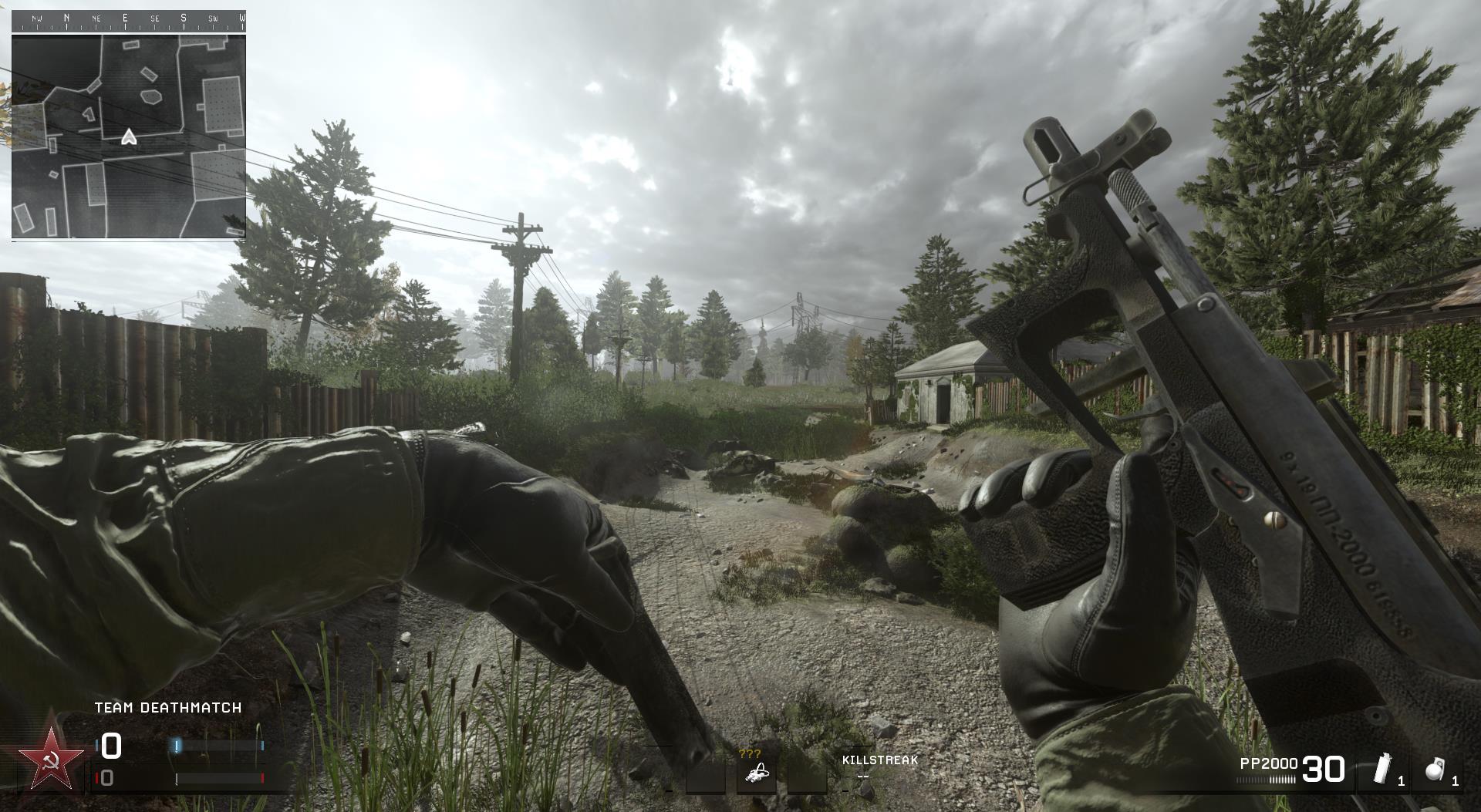 During the campaign, which will last 7/8 hours depending on the level of difficulty selected, expect to enjoy a fairly linear development, but there are unforgettable moments that were new at the time, and that created a trend, such as piloting an AC-130, Shoot from helicopters or infiltrate enemy lines. In short, we find a set that, although at times may be monotonous and outdated, still offers tremendously fun gameplay, a very solid plot, and memories to be remembered to this day, nine years after the original, are still very enjoyable.

As an interesting addition to the campaign, we find collectibles in the form of enemy army computers that will allow us to unlock different tricks and visual filters. In the same way, once the campaign is over, we will unlock Arcade mode, a fun approach that allows us to get the most points and then compare our results with other online players. 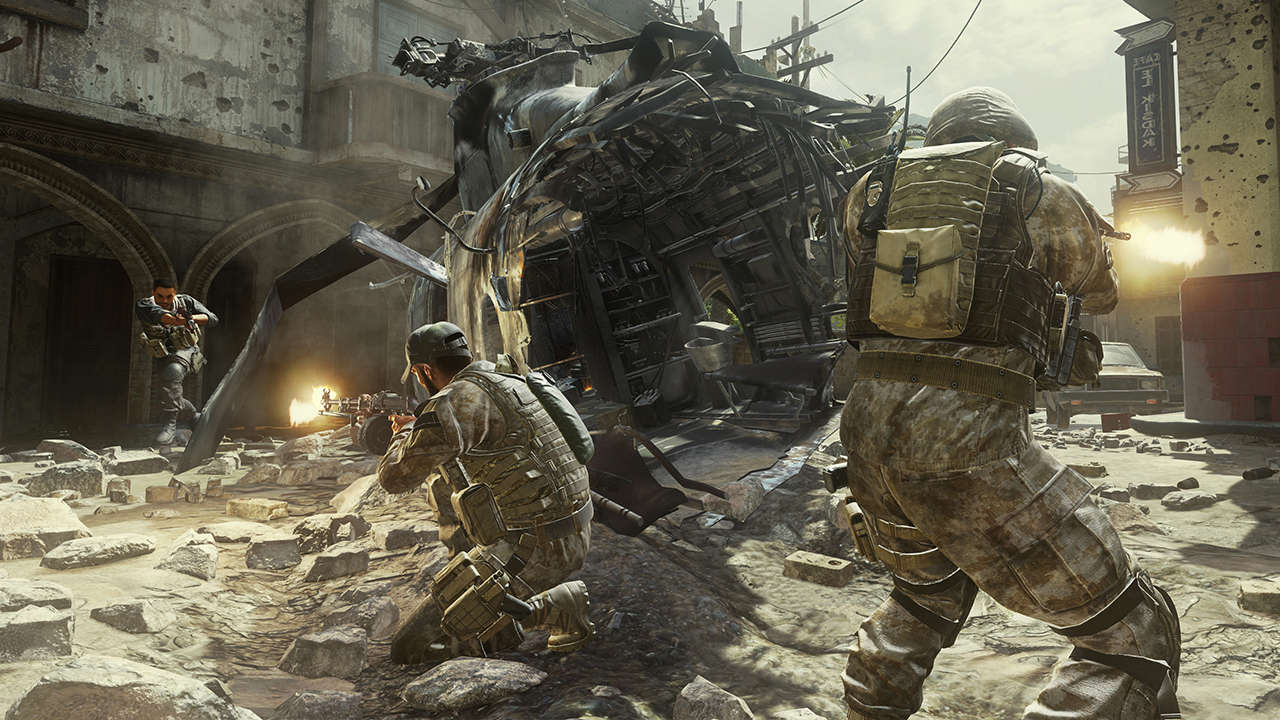 If we talked about that the campaign was an evolution in the genre, the revolutionary multiplayer is still a reference today. With Modern Warfare and its commitment to the current war, we receive a unique title thanks to its versatility, excellent level design and its varied and well-compensated armament. Thanks to it, already a style of fast game, but also quite tactical, the confrontations in small size maps are still tremendously adrenaline and amusing.

The Remastered presents the entire array of original weapons, with some as mythical as the M16 rifle, the Dragunov sniper, or the devastating Desert Eagle pistol. Many of these main and secondary weapons can be minimally customized both visually and playable so, although it is a deficient section to current standards, it is appreciated that the essence of the original is maintained. In this sense, each class will again have a main weapon, a secondary weapon, several grenades and three advantages that may be, for example, have more explosives, have a more stable aim or higher firing rate.

You earn experience points in the multiplayer which can be used to unlock new weapons, advantages and decorative complements until reaching the maximum level, where you can activate the prestige. This action, which automatically degrades us to the first rank and removes all unlocked weapons and improvements, allows us to obtain a special badge, gain a permanent unlock token and have more spaces to create classes.

Entering the game modes, it is clear that Modern Warfare Remastered offers a huge amount of options. Before selecting the mode that we like the most, we must decide whether to play in Standard, Extreme or Old School. The first of these is the traditional mode. However, Extreme mode plays without HUD, with less health and with friendly fire activated. For its part, Old School does not allow to create classes, weapons are collected from the ground, health is greater, but there is no regeneration.

Once selected our style, we will have a large catalog of game modes at our disposal. Among them, we will find some as mythical as Team Deathmatch, Ground War or Search and Destroy. Also, there will be interesting options like Kill Confirmed, Domination, Search and Destroy. The number of players will vary from a maximum of 18 in Ground War, going through the classics 6 vs. 6 Team Deathmatch to the fun 1 vs. one Duels. All these modes can be enjoyed with a friend split-screen on the same console, an option that is still available.

From the start they included a total of 10 multiplayer maps, all of them from the original title, to be added six more next December without additional cost. Each of them has been completely rebuilt, maintaining an extreme level of fidelity and intact the excellent level design. The maps available are Ambush, Backlot, Bog, Crash, Crossfire, District, Downpour, Overgrown, Shipment and Vacant. 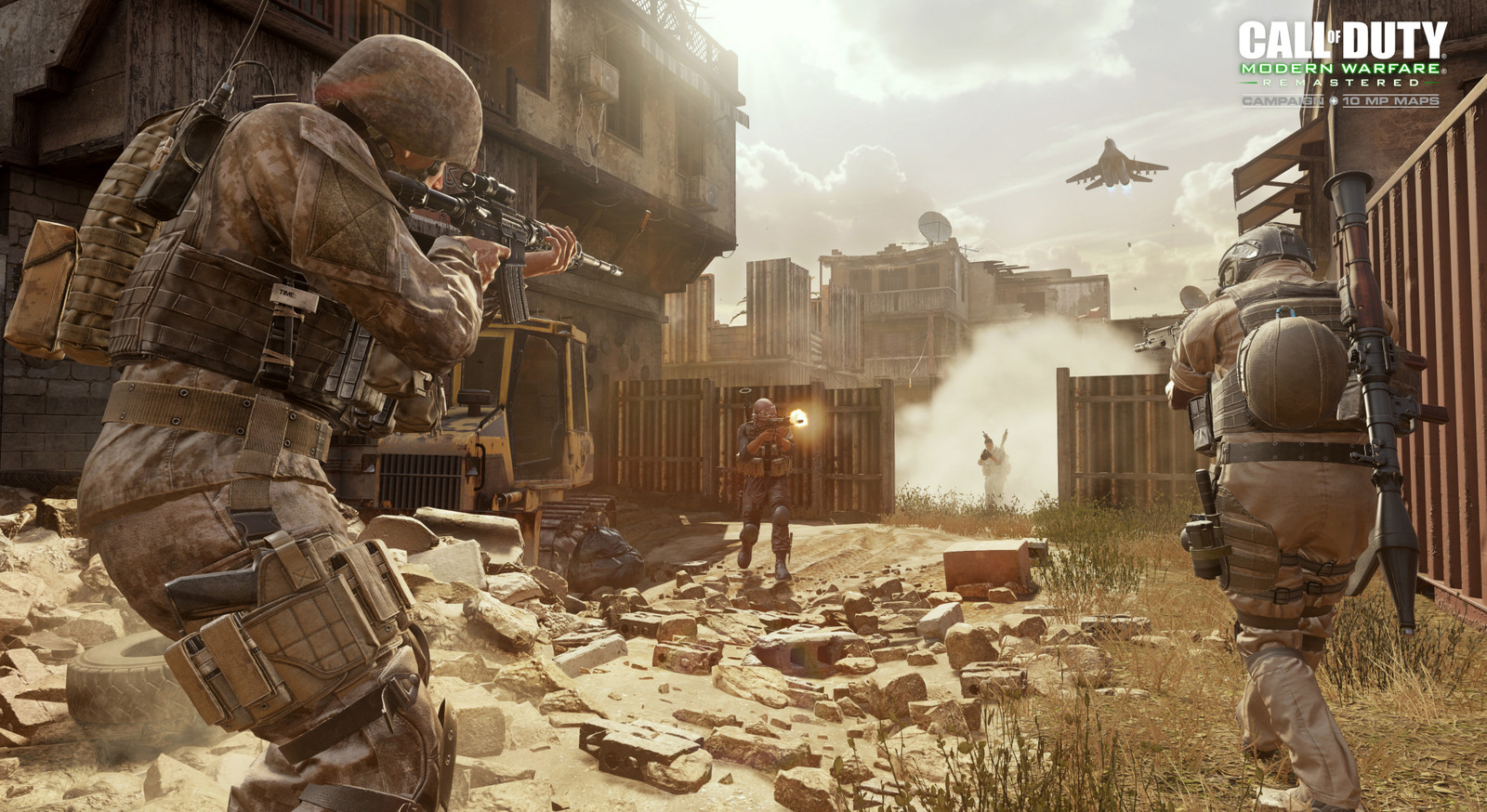 There is no doubt that Raven Software has put a lot of interest in creating a multiplayer that maintains the essence of the original and that, despite the great visual changes, guarantee a stable and indispensable 60 frames per second. Thanks to this we find a fast multiplayer, agile, with a great level design and above all very well compensated both about available weapons and the progression system. Obviously, multiplayer is extremely demanding for new players, as their style of play is already unusual, there is a huge learning curve among its users. In short, multiplayer is a simple set, but at the same time tremendously difficult to master.

Graphically, this remastering could easily be called remake, since the work that Raven Software has done is very deep, managing to keep a title like brand new, that’s already a decade old. They have improved the textures, modeling, animations, physics, particles and lighting engine, resulting in an excellent graphic finish. Logically the version for PS4 Pro has substantial improvements, such as dynamic 4K graphics, a more stable frame rate, and better textures. For its part, the PC version has been optimized very well and has a huge amount of configuration options and resolutions up to 4K native. 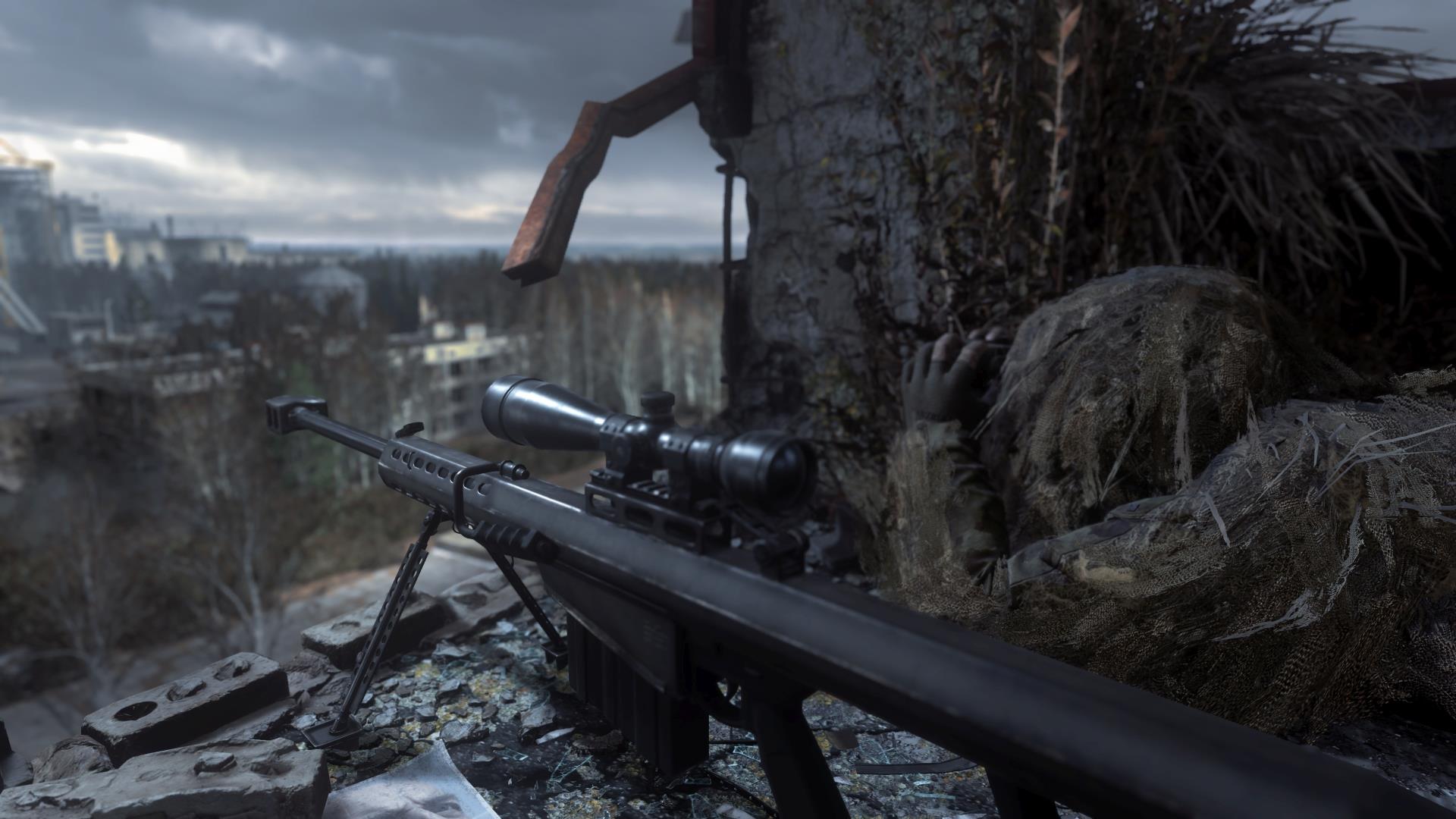 The sound effects has also been improved and, we find an excellent sound art with a great optimization of the effects and sounds of the arms, contributing greater strength and realism to the whole. In the same way, the original soundtrack of Harry Gregson-Williams , habitual composer of the  Metal Gear Solid franchise, that did a brilliant work with this title has been respected. 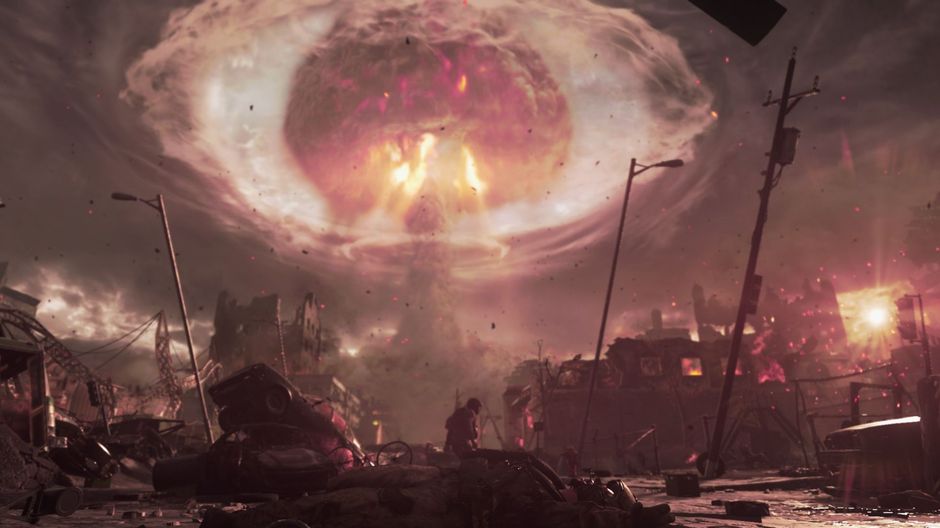 The simple idea of being able to enjoy an authentic legend like Modern Warfare on PlayStation 4, Xbox One and PC, maintaining all the gameplay of the original, offering its mythical campaign and countless hours for multiplayer, is a dream come true for many players. However, the inability to purchase it separately (standalone) is a bad decision and not only reduces the community of online players greatly but also prevents newcomers discover and enjoy one of the best shooters of the decade. Obviously referring to its distribution, Modern Warfare Remastered is a real gem both for those who could not enjoy the title at the time and a must have for the fans of the title.