The agent 47 returns with a complete adventure that will satisfy those who enjoyed the previous installment.

IO Interactive and Hitman went into some hard times. Square Enix, the former owner of the studio, put IO Interactive on sale a year and a half ago, and although it could have ended in tragedy, in the end, everything seems to have gone well. Now, IO Interactive is an independent studio, and they have also managed to keep the rights of the Hitman series. After IO signing an agreement with Warner Bros., we can finally play Hitman 2, and series finally leaves the episodic format.


The world is your weapon

Hitman 2 is a game of stealth and infiltration that closely follows the bases laid by its previous installments. In fact, so much so that it is more a kind of the second season than a sequel. Yes, there are new gameplay additions and visual improvements, but there is not a huge technical leap. That being said, we don’t mean the previous game was bad; we loved the first part and this sequel only improves the whole experience and make it even better.

Thus, we find ourselves with open scenarios, a series of objectives to eliminate and a thousand different ways to achieve our goal. If we want a more guided experience, we have the possibility of resorting to aids and indications to unleash events that will lead to the elimination of the objective. If not, we can pick a harder difficulty and the aids will be deactivated leaving us to use our instinct and senses only to achieve our goals. 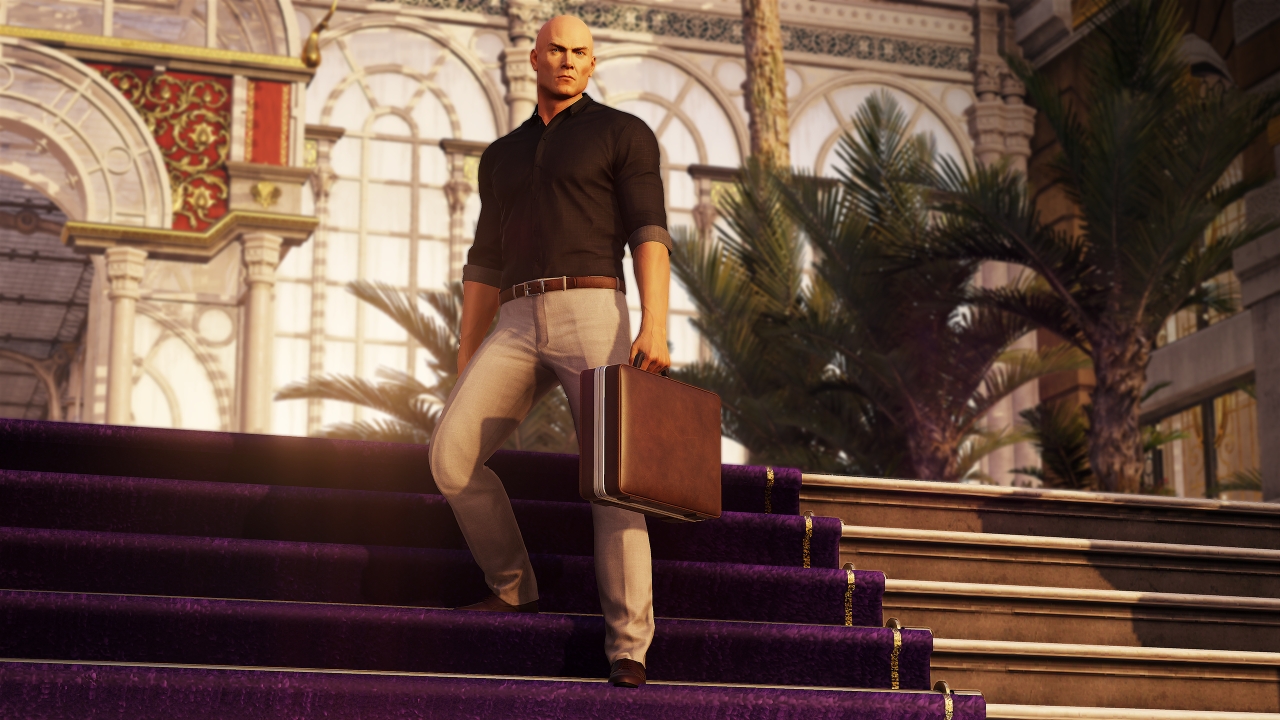 Obviously, it is up to each player how they want to play, but we recommend, even if it is only once to test it, to play with as many disabled aids as possible. Maybe do it once if you already know the mission, cause it’s a fantastic experience. Having to listen to conversations and read documents, guide ourselves on the map without help and try dozens of ways to get closer to our goal undetected is incredibly satisfying. Everything is designed so well that we find clues and suggestions throughout the whole scenario, makes you feel like a true hitman when you manage to complete a mission without help. 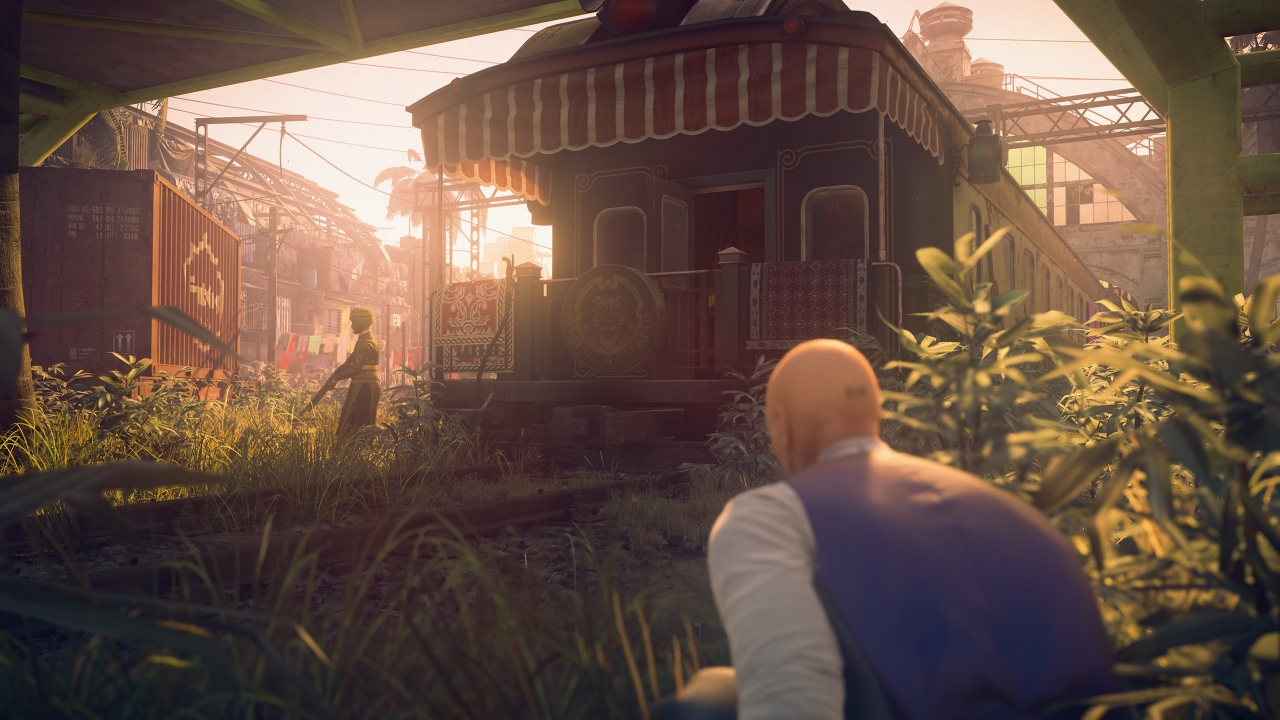 The possibilities are literally endless. From the classic execution types to getting into a disguise poisoning a drink on a tray and setting an innocent server to do the work for us without having our hands dirty. Poison, sabotage, cause discreet accidents … And it’s not only about how we finish with our objective, but more important how we manage to reach it without being detected. 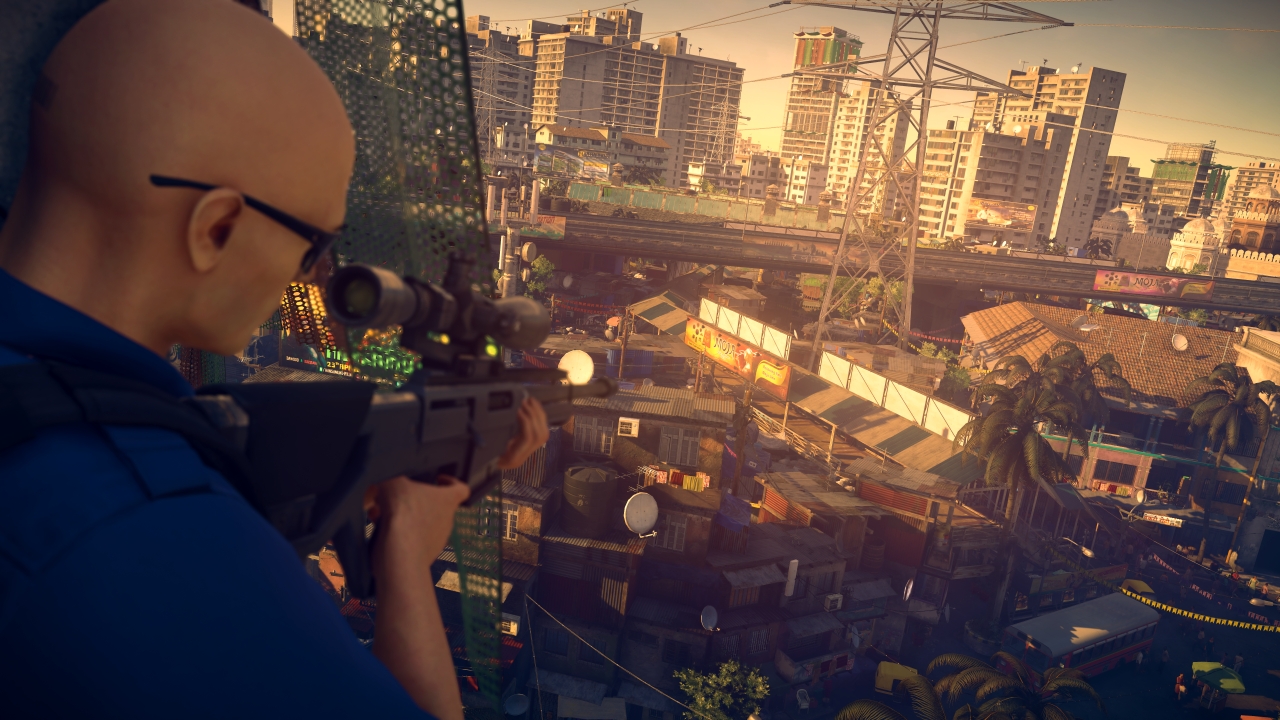 In addition, the scenarios are much more complex than those of the first part and tremendously different from each other. We went from a car race in Miami, full of people, where we can get into the pits, in the stands, in exhibition areas or experimental test fields, to a small North American neighbourhood, with just people outside the houses, but with more possibilities than we could imagine. 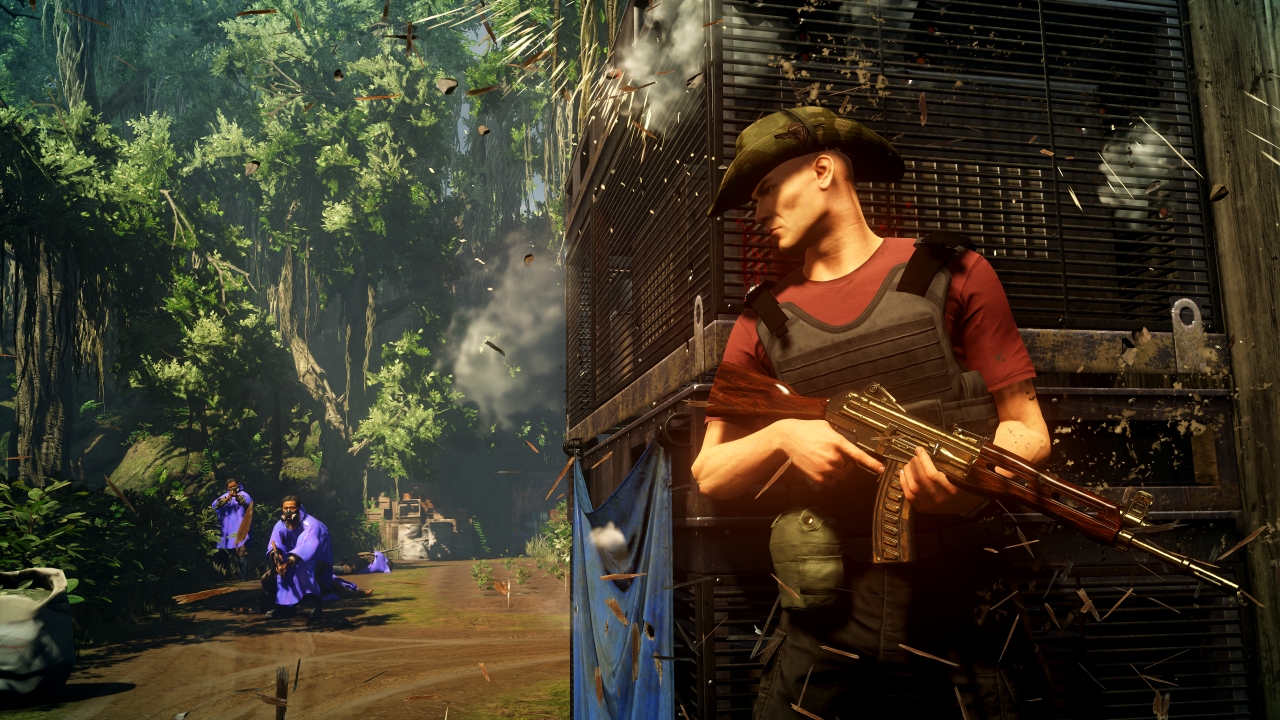 The design and the mechanics are exceptional and lend themselves very much to being rejuvenated. Like the first part, performing the basic mission is just the beginning, and then we can replay all the phases with new objectives, different starting points, required eliminations, new contracts and challenges, and even famous elusive goals, as is the case with Sean Bean, who will arrive next 20 days.

New options and modes, including multiplayer

Hitman 2 is full of small improvements and adjustments, which make the infiltration even more complete. From being able to hide in areas full of vegetation to being detected if an enemy sees you on a reflecting surface, or passing through a security point with a briefcase that has forbidden objects. During gameplay, you may see a small window popup that informs us real-time if a security camera records us or that an enemy finds an unconscious/dead body. 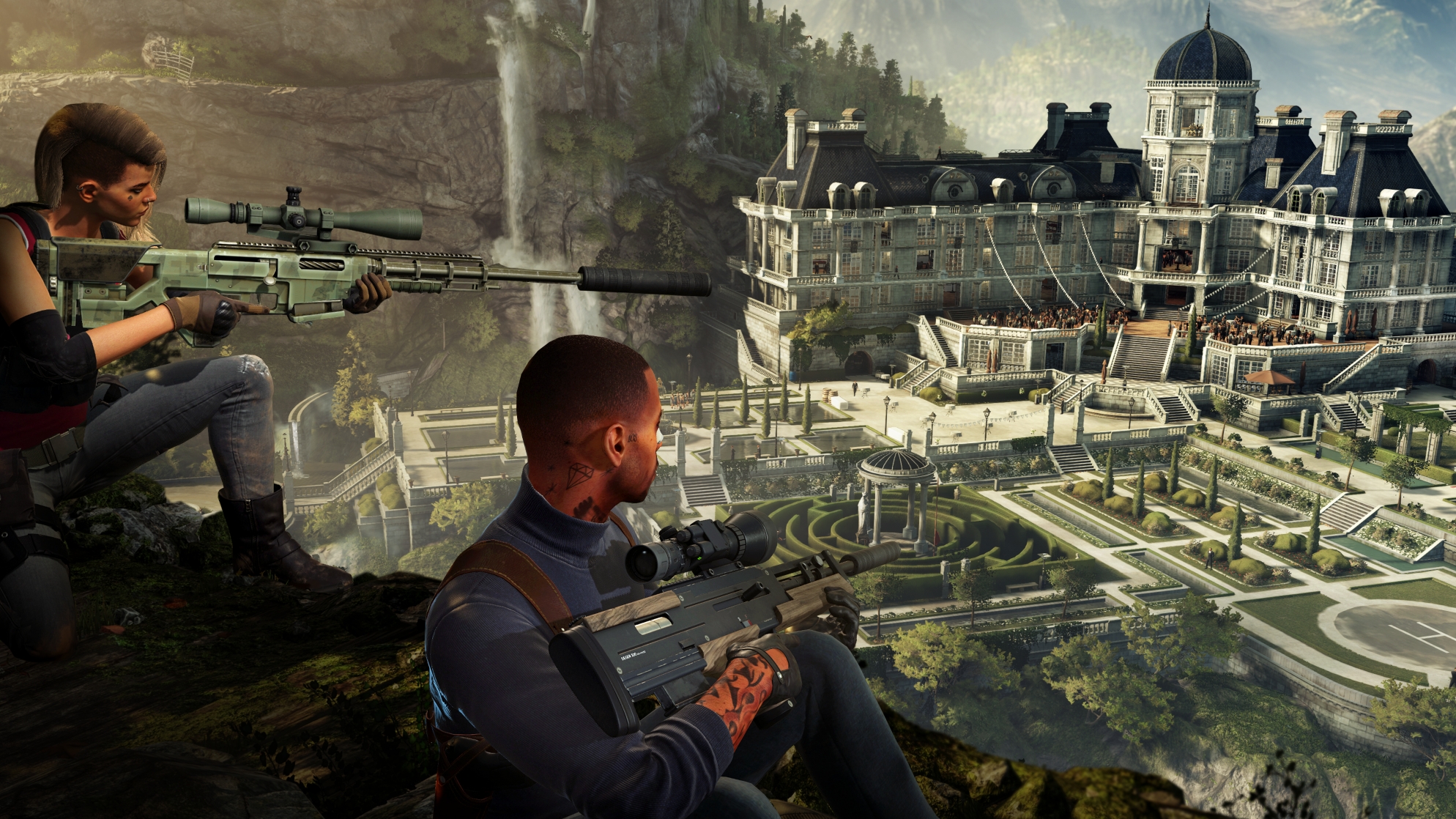 Besides, we have the Ghost mode, a competitive mode in an online form in which two players face each other for being the fastest to eliminate a series of objectives in a shared scenario. The players will see the other competitor as a ghost, and their actions will have no effect on the other’s departure unless it is something extreme, such as an explosion that causes a stampede. Of course, the objectives are shared, and it is possible that the other player manages to wrestle it at the last second even if you have done all the work to isolate it. 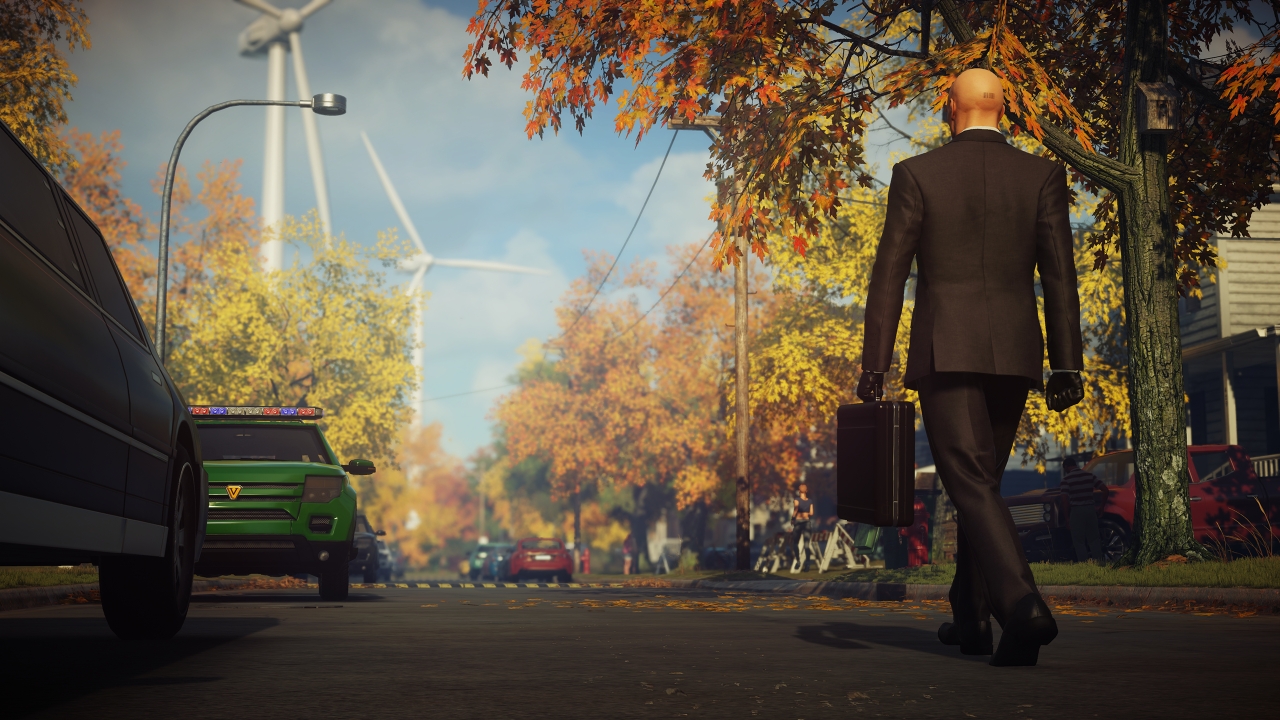 We also have Sniper Assassin mode, as a cooperative mode through online. That gives us a unique scenario, Currently, the only stage is Himmelstein in Austria, but it has already been announced that more will be introduced. Between these two modes, the amount of content we can squeeze in the main story, the temporary elusive goals, and what is to come, the amount of hours we can invest in Hitman 2 is enormous. 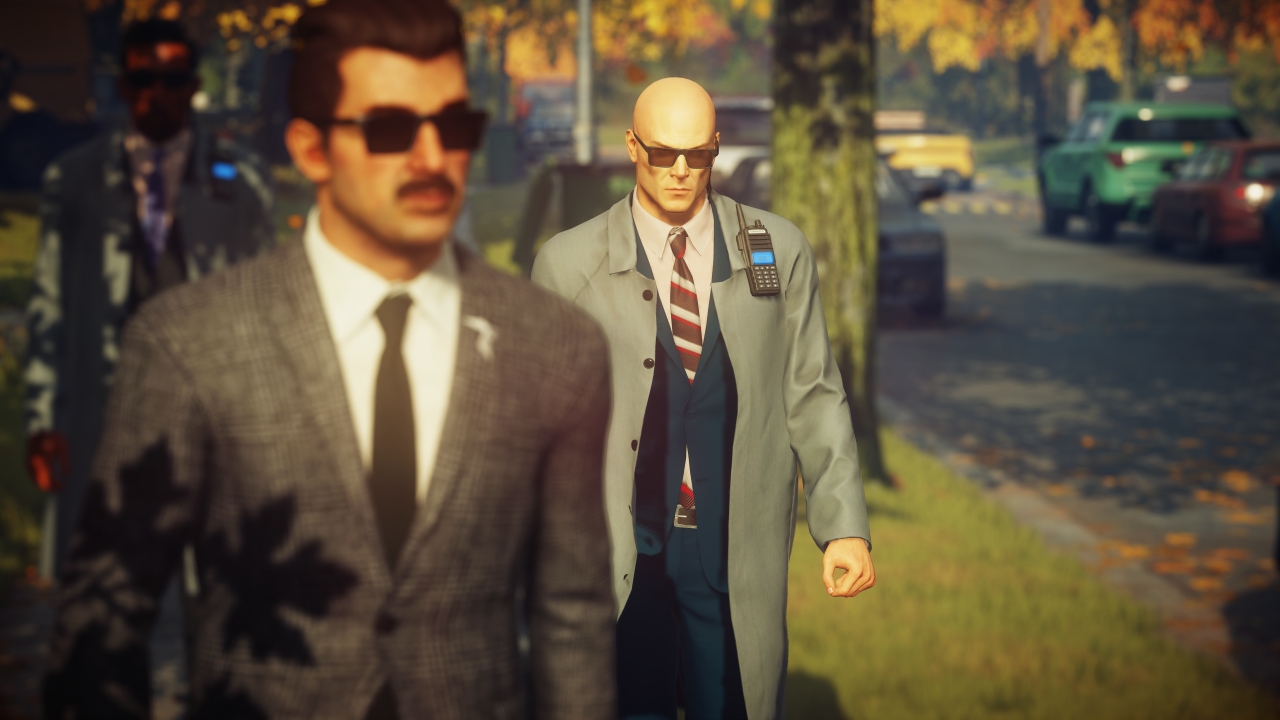 Hitman 2 is a game that, surely, does more in the technical than it is recognized. It offers huge and complex scenes, some full of characters with hundreds of them on screen simultaneously, with detailed graphics and even has HDR. We have played it in PS4 Pro, where its rate for frames per second alternates between 60 and 30, but we can limit it to the latter. 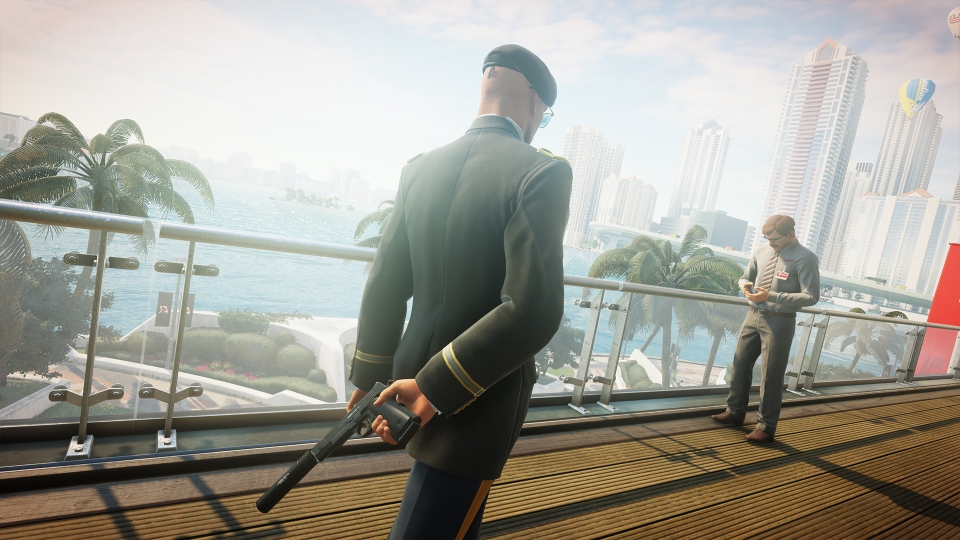 In general, it seems very solid in the visual, as well as in the sound. Especially if you play with surround sound equipment, you can listen to the conversations and tell where each voice are coming from, or where the enemies can go if you are playing without visual aids. 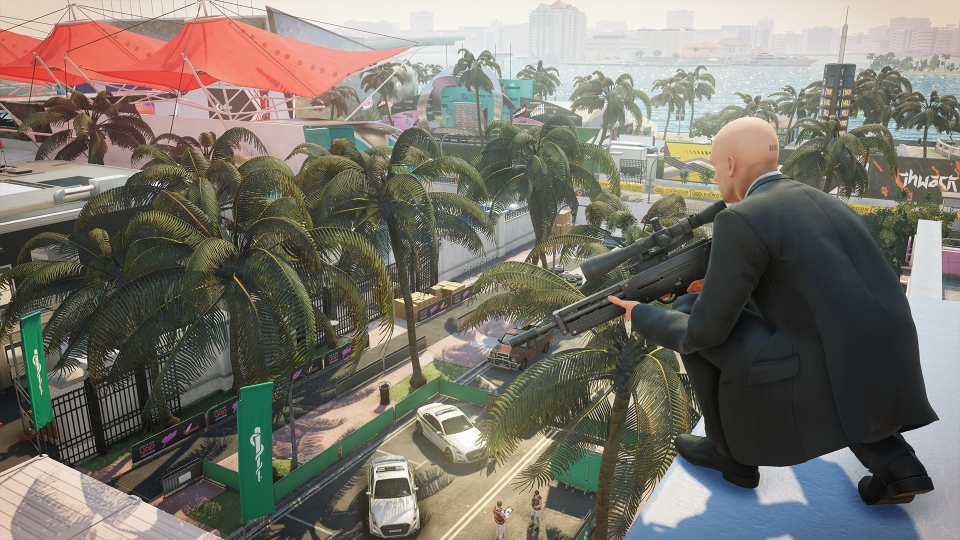 We liked Hitman 2  a lot. It broadens the possibilities of the original, offers us more elaborate and complex scenarios, and arrives in a traditional way, without episodes. If you did not like the formula of the last game, based on replaying scenarios, then this may be not your thing, but we recommend you to give it a try and soon you will enjoy the adventures of agent 47, we believe that Hitman 2 has everything to pass a good handful of hours full of stealth and infiltration.

We have prepared this review on a PS4 Pro with a review copy provided by Warner Bros Interactive.