Nintendo playable again demonstrates its excellence with which probably is the best delivery of a legendary saga. A wildly fun game to be glued to the TV alone or in the company for tens of hours.

Mario Kart is one of the most beloved by fans of Nintendo sagas, and the truth, it should be for any self-respecting gamer thanks to a perfect playability and a capacity to entertain like few games have been able to achieve over the years. Something that has been maintained since the first installment for Super Nintendo in 1992, until eighth for Wii U A simply brilliant play, and that insurance is going to be a good reason for those who have not yet taken the step of buying the latest console from Nintendo.


If a rookie who has never tasted a Nintendo game we had to explain the greatness of this company, and why it is a myth in the world of video games, put simply enough to play Mario Kart 8 and quickly understand many things . Such precise and satisfactory control that seems impossible improve a circuit design down to the last millimeter, where each curve, jump or object is positioned with a purpose and an end.Everything works as a perfect clockwork , in which neither surplus nor lack nothing, and for more hours you play you never see when bored, because every race is a new and unpredictable story, always exciting and fun, in an incredibly strong experience.

But this strange player who has never tried a Nintendo game, while you discover everything good about this legendary Japanese company, which can reach heights of fun and playability than the rest of envy industry, we would also like to see with Mario Kart 8 the difficulty they are having to adapt to modern times, and would not understand certain absences, in terms of options, game modes, statistics and an online mode that seems more like a game than a decade. As we said in the final prints, Pure Nintendo, for better and for worse .

We are in a relatively conservative saga that with the passage of deliveries has been making small changes and adding a few new features, some of which have remained in subsequent deliveries, and others who have not hesitated to discard if they saw that did not fully materialize. Mario Kart 8 is, and it is too early to say because you have to see in the coming weeks what about the online mode portal with thousands of players, possibly one of the best installments of the franchise, but the best, and that’s saying a lot . If we get together with some friends to play and we had to choose between one of eight Mario Kart available, we would no doubt this is the best racing on Wii U to date. That does not mean that perhaps, in the 2014, as a game this important should introduce a little bit more in certain areas. 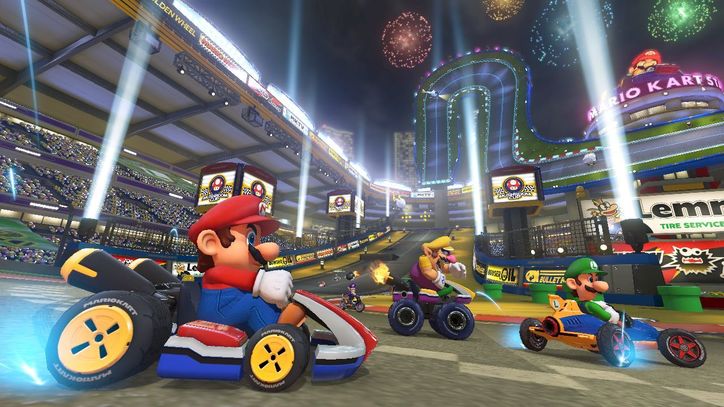 As we said before, it is impossible to ask more in areas such as playability, where it is just perfect , and we have eleven forward rate him in that paragraph. Refining a formula to extreme lengths, delivery more different ingredients, you had to know how to combine wisely so that nothing is out of the script or squeak. Sections through the air with hang gliding, driving under water and important customizing vehicles are recovered Mario Kart 7 , which now seems perspective view delivery with many new features, at least more than the eighth , counts as the biggest news sections antigravity.

It Came From Outer Space and Ate Our Brains Review
February 10, 2020