A noir detective story from the Hungarian studio The Wild Gentlemen.

Chicken Police is a mixture of ideas. It is a detective novel in the noir style that borrows the most common elements of the film genre, an investigative video game that aims to gamify the LA- style deduction Noire, a police parody in point and click format like the Sam & Max series, a black and white story set in a city where animal characters live instead of humans.


All these influences, recognized by the Hungarian studio The Wild Gentlemen, come together here to tell the story of Sonny Featherland and Marty MacChicken, two legendary policemen knew as the Crestectives who return to work together after a year without speaking: the catalyst for this reunion is a mysterious case that will keep them busy throughout a cold and rainy New Years Eve night.

All Cops Are Beasts

As good deed noir, in Chicken Police, we control a cop so battered by life that he has been forced to make a living as a private detective. Sonny Featherland, the main protagonist of this story, lives in a small three-room hotel, in a dark office with Venetian blinds dimly lit by the neons outside. In the scene, there is an old desk, a bottle of cheap whiskey, a pile of useless papers, framed newspapers from a better past, and a closed-door that leads to the room that Sonny never enters because his ghosts do not let him sleep. 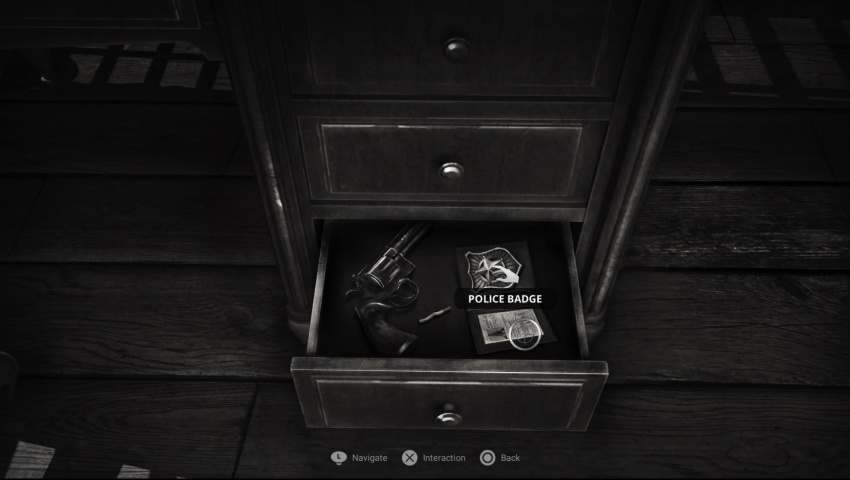 It all begins when the detective, who seems to smell quite closed, arrives at his office and finds a girl in the middle of the room, in the dark. She has picked the lock and stood there to offer him a job. She is obviously a pretty girl (well, she is a kind of deer, but we understand each other). Obviously, she will propose to interfere in a murky affair that will awaken Sonny’s innate curiosity. I don’t know how many times we’ve seen, read or played such a scene, but this is an exact recreation of that hackneyed initial approach. And it’s not the only thing that Chicken Police traces.

From there, everything Chicken Police proposes in its script is an exact copy of any detective noir story: a policeman in low hours meets with his ex-partner to re-form An inseparable duo and face a crime that will lead you to investigate everything from party places run by the mafia to small cafes that serve as meeting places for criminals. If Chicken Police tries to take advantage of those platitudes to create satire, the play goes more bad than good because it takes more advantage of stereotypes than it tries to parody them. 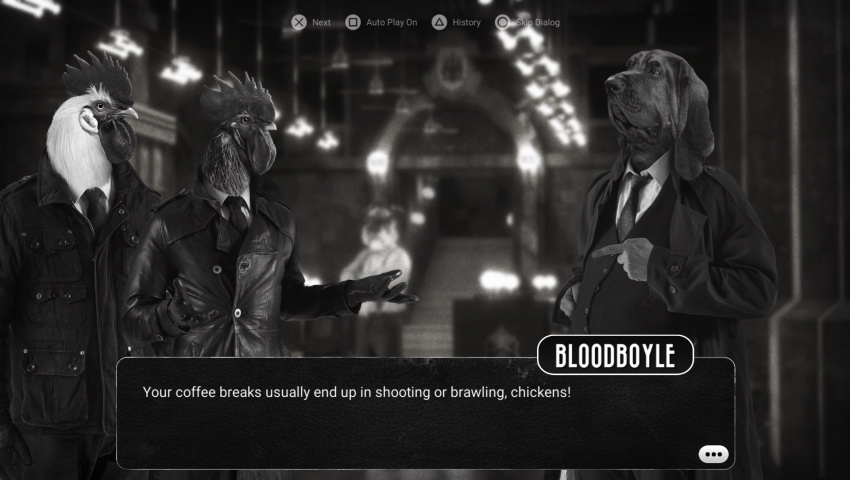 It is true that this work does a good job in the dialogues and has a series of lines written very sharply (with more jokes in the Castilian localization than in the original, even), even getting a laugh in more than one moment. Still, it is in the general structure where it fails when it comes to raising an interesting plot within the framework of the noir: it is the same detective story as always with the same characters but with an animalistic touch of which he helps himself at key moments to find glimpses of originality that he also finds in self-awareness. Chicken Police is a game that tries to laugh all the time at the stereotypes of noir while using them to tell you a noir story. Rare.

If at the plot level it innovates little, at the playable level, it does not stand out for its originality. Of course, at least here, it works well. Partly. Specifically, in the part that carries all the weight of the proposal: the graphic adventure. We are faced with a work of the almost canonical genre, with its independent two-dimensional settings, objects to interact with, an inventory of things that we are picking up around … Of course, don’t expect puzzles or puzzles; here, we will not have to use the items for anything or combine them between them, they will only be clues that we will use when the game wants. 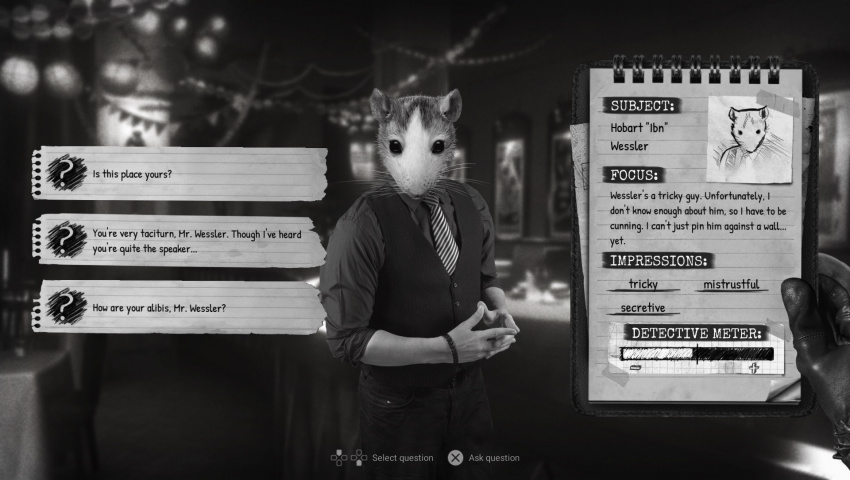 And when the game wants is when it comes to questioning possible suspects to advance the investigation. The creators of Chicken Police have devised a question and answer system to approach the different characters in the game to extract useful information from them to discover who is behind the crime they have asked us to solve. We face, notebook in hand, at least one witness per scenario, and according to their reactions, we must refine our questions to show that the detective chicken is still in good shape.

However, and despite the good intentions of the studio behind the title, the detective fantasy is cut off by the constant guidance provided by the protagonist of the game: Sonny gives you clues during the interrogation, but they are so clear that you feel that he is leading you by the hand and it’s hard to fail questions. “This character is like that, he feels like that, so we should ask him about it,” “says the detective over and over again during the question round, leaving the player without the possibility of deciphering the strategy to follow to reveal the secrets of the character in question. 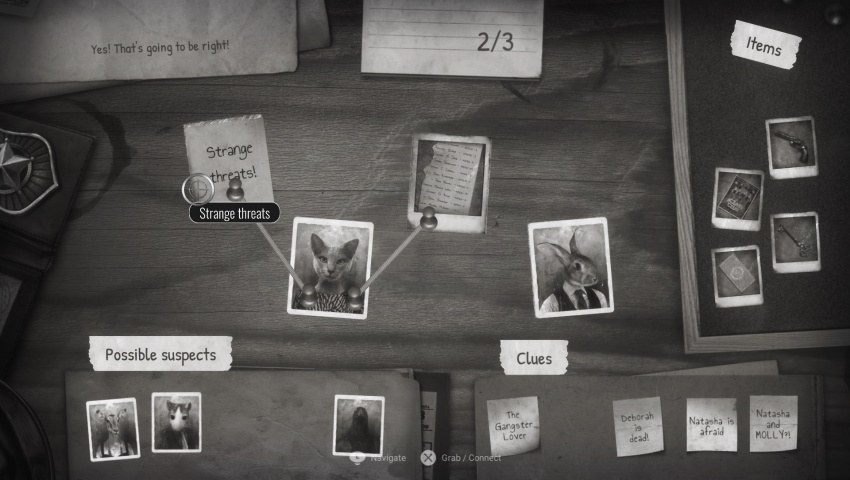 The same happens with another mechanic, that of organizing tracks: every time we reach the end of a chapter, the game will allow us to return to our grimy office to put the conclusions that we have drawn. As if it were a Clue game, we have to place a photo of a character, a clue and establish a connection between them with a pin and thread in the purest conspiracy style. Again, Chicken Police guide each of your steps here, preventing you from making a mistake when placing an item in the deductions panel.

Chicken Police constantly mark the steps you have to take in the investigation process, blocking any hint of freedom when concluding: it abruptly points out what questions to ask, prevents you from making mistakes when ordering the clues and even makes it impossible, in a very artificial way, to advance in the plot if you do not find the essential objects in the scenarios we visit.

And the thing is that Chicken Police does not lack a stereotypical character of the noir, not even the dim, desaturated and corrupt city that here adopts the name of Clawville. It is a somewhat strange, fantastic world in which the city is at the same time a kingdom and a city in which all kinds of humanized animals gather, but surrounded by other nations where only beings of their kind inhabit. There is also an attempt to justify the absence of humans in the game by elevating them to the category of mythological beings who lived many, many years ago. 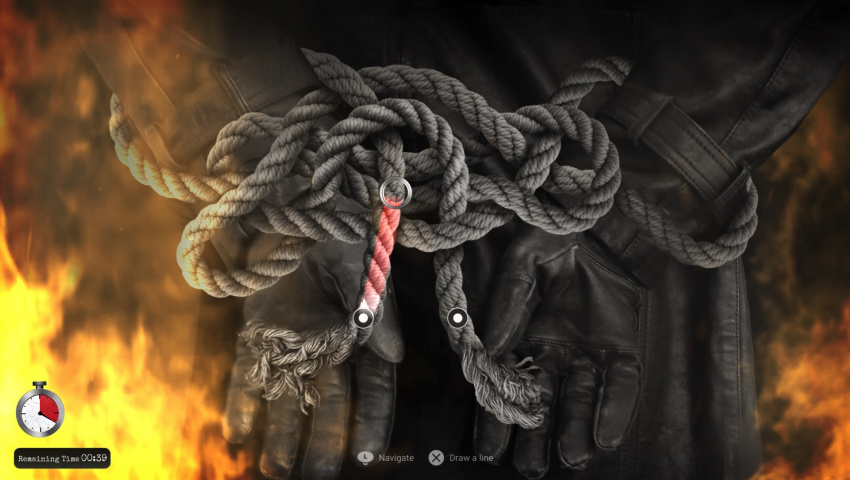 Scattered throughout the city, several scenes can be visited, some of them compulsory and others only available at certain game moments. Here, there is a certain freedom of exploration worth valuing because it is our decision whether to go to these sites and what we will achieve by knowing more details of the Chicken Police universe. Investigating all the objects in each scenario, we will also discover information about the game’s fantasy, plot, and lore.

This is probably the best thing about Chicken Police: discovering their world through conversations between Sonny Featherland and his partner Marty MacChicken. Other details of the scene, such as signs that announce that insects are not served or menus from restaurants where synthetic meat is offered for herbivorous animals. Chicken Police sometimes speak of racism, other times of precariousness and poverty. When it does so directly, it comes out better than when it follows the unwritten rules of noir to relegate the dirtiest papers to the lower classes of Clawville. 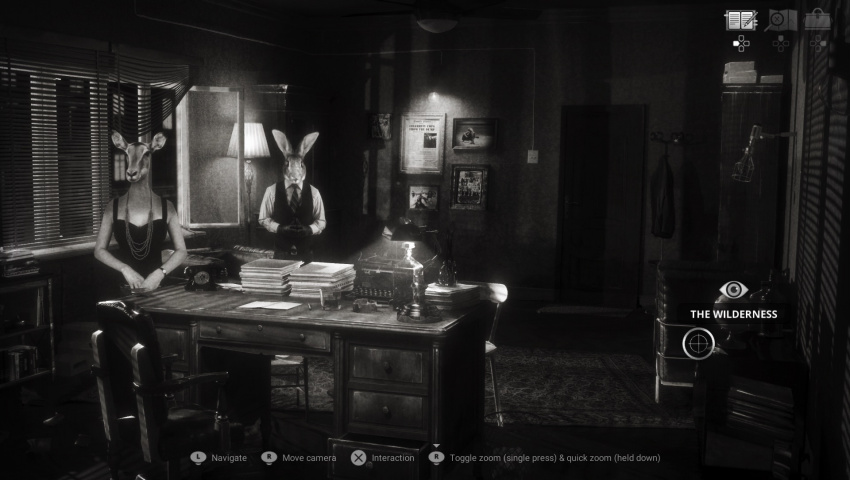 If we said before that Chicken Police uses the stereotypes that it tries to parody for its own benefit, it is because every one of its characters is a carbon copy of what we already saw in films almost a century ago: toxic masculinities that achieve success, fatal femmes With no other objective than to take advantage of rich men, lower classes willing to all for a couple of hundred dollars … By failing to spin satire, the game ends up normalizing all these fictional clichés, something that in 2020 we could have already overcome.

Another of the best aspects of Chicken Police, or at least the ones that attract the most attention, is its graphic section. The mix between the noir style, high contrast and high noise black and white, and the anthropomorphic animal’s fantasy is great as an adventure approach. However, at the moment of truth, certain designs do not have an excellent finish. Of course, it shows that the studio has worked hard to recreate an extensive cast of characters with only nine (human) people as body models. 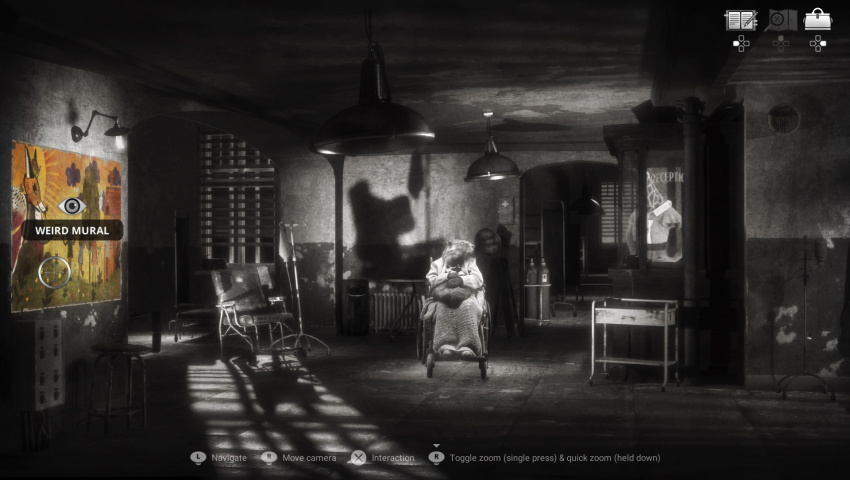 Having worked with real composite images in digital settings, the result is awe-inspiring. The atmosphere of the game is ideal for setting up a plot of a criminal investigation in the underworld, while at the same time, it gives pleasure to stroll through the dark streets of Clawville. There are about 30 scenes that we can visit, and each one of them is designed with a lot of styles. The animations of the characters also work well. The game even allows you to introduce shooting scenes with a mechanic that does not pretend to present the best gunplay in history, but that solves the ballot quite well to add a touch of action to the story.

If it weren’t for the fact that the creators of Chicken Police themselves define their game as a satire of the noir genre, this title could perfectly fit as a canonical work of that style. With its good things and its bad things. Among the best, we can stay with some dialogues written with a lot of humour, an exploration of the city based on the mere interest in knowing the game’s universe and a graphic style that, despite its specific failures, exudes charisma in each of its scenes. 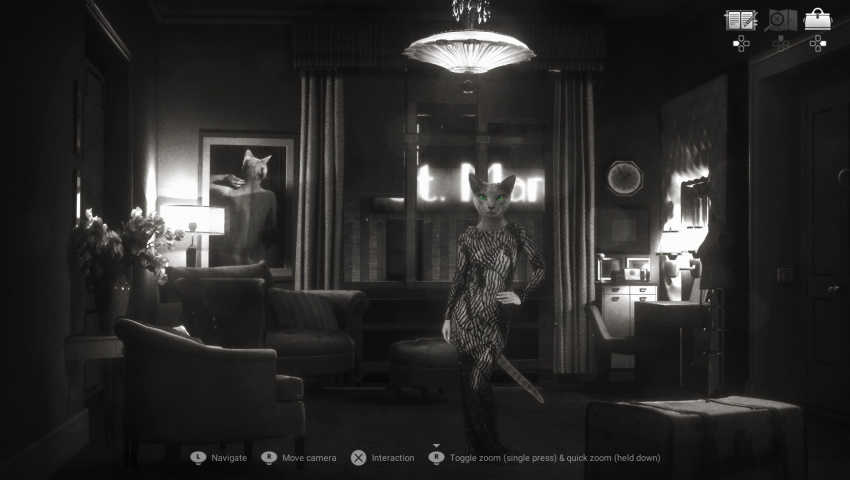 Its story and its subplots, each of its characters and its atmosphere would win in their entirety if it really managed to satirize the genre, overcoming the mere use of its structures and falling into its own prejudices. It would also not hurt to rely more on both its investigation mechanics and the players to give more freedom in deductions and adequately represent the detective’s fantasy. Everything indicates that this game may become the first in a series of installments of the adventures of Sonny Featherland and Marty MacChicken; if that happens, it would not be right to rule out taking a look at the evolution of the potential of this proposal.

We prepared this review with a digital review code for the title provided by Evolve PR.