The THQ Nordic takes Darsider series latest installment to consoles, a fun adventure with a focus on the cooperative that maintains its essence from a new perspective.

Vigil Games, creators of the Darksiders series, only launched as a team the first and second installments of the adventures of the Four Horsemen of the Apocalypse. It is not surprising that many team members have a special bond with Darksiders, and that even after the disappearance of the studio, they want to continue working on it. Airship Syndicate, a studio founded by veterans of Vigil, and with Joe Madureira – creative director of the saga – at the head, is now in charge of adapting the spirit of the series to a new aerial perspective, in addition to recovering characteristics planned for the first Delivery: the cooperative. After passing through PC, we tell you how it is adapting to consoles.

The first thing we want to do is remind you that what we are discussing today is the console adaptation (more specifically to PS4 Pro) of Darksiders: Genesis, a title that has already been available for a few weeks on PC and Stadia. Although we will discuss many aspects of its playability in this text, we refer you to the original analysis, where we delve deeper into all aspects. That said, it should be clarified that Darksiders: Genesis is an action-adventure and platforms with a remarkable focus on the cooperative game, which can also be enjoyed without problems alone. If we play alone, there will only be one character on screen, although we can alternate between them at any time. If we play with someone, either locally or through the internet, we can change the rider whenever the other player agrees.

As you can see on the screens, there is quite a noticeable change in the presentation: the camera. Unlike the traditional third-person camera of the saga, we now have an aerial perspective that can make us think of a change in gameplay, but nothing is further from reality. It is an adventure that although it implements several changes in its proposal, it knows how to keep the identity of the saga very well. There is action, exploration, puzzles, platform … everything you would expect from a Darksiders, only from a new perspective. The combat system has also been adjusted, and now we have two totally different styles. On the one hand, Guerra offers us a more hack & slash style, with combos and abilities to cause as much damage as possible in the melee. Fight, meanwhile, is a kind of twin-stick shooter, with different types of bullets and more focused on remote combat.

Each character also has unique abilities that can be used both in combat and to solve puzzles, skills that we will be unlocking as we progress. This is particularly interesting as it opens the backtracking doors, inviting us to go through scenarios that we have already completed to gain access to new areas and obtain different objects, collectibles and enhancers. And, speaking of empowerment, it will be essential to buy improvements and skills to strengthen our riders, since there are certain moments of the adventure in which we will find quite challenging confrontations. Besides, there are other challenging moments … but these are not on purpose. 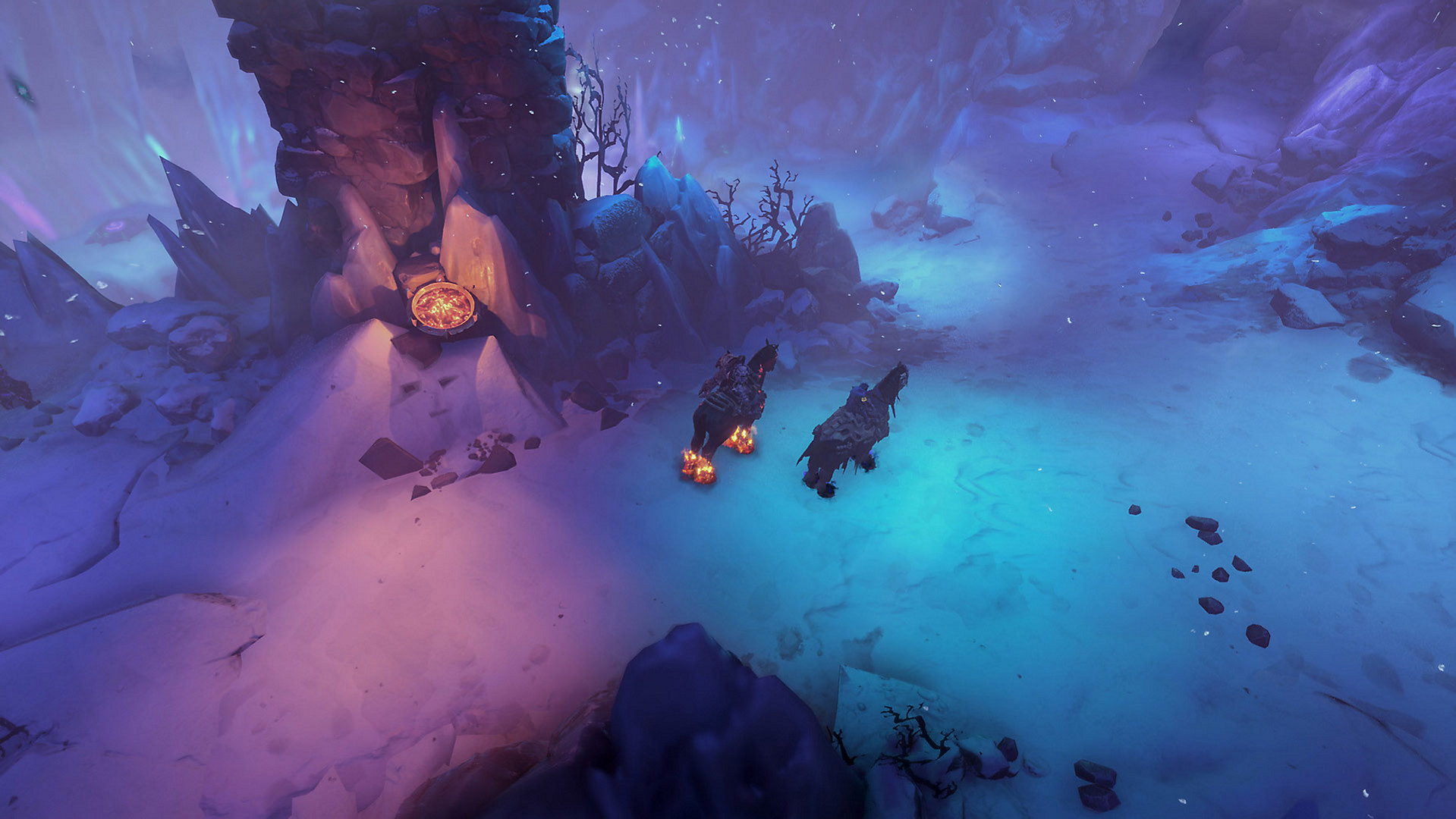 The moments of platformer are polished, some are even at a good level, but when things get complicated, the control is simply not up to par. Despite using classic tricks such as shadow to see where we are going to fall when much precision is required in a jump, it is more an act of faith than anything else. Usually, the complex sequences of platformers are optional, but there are also others in main missions that, because of control, end up being unnecessarily frustrating. We hoped he had adjusted more with the transition to consoles, but it seems that has not been the case.

As we say, we can only talk about the version of PS4 Pro, which is what we have tried. In general, everything works reasonably well. The resolution is high, the image is clean, and we can enjoy its remarkable audiovisual section almost at all times. It is a bit disappointing that a game like this goes on the most powerful console on the market at 30 images per second, sometimes having to disable vertical synchronization to avoid falling frames. We would have understood that the split-screen mode for two players locally had to resort to 30 images per second. Still, we believe that the mode for a player or the cooperative mode over the internet (which works without dividing the screen) could have operated at 60 with a minimum of optimization. 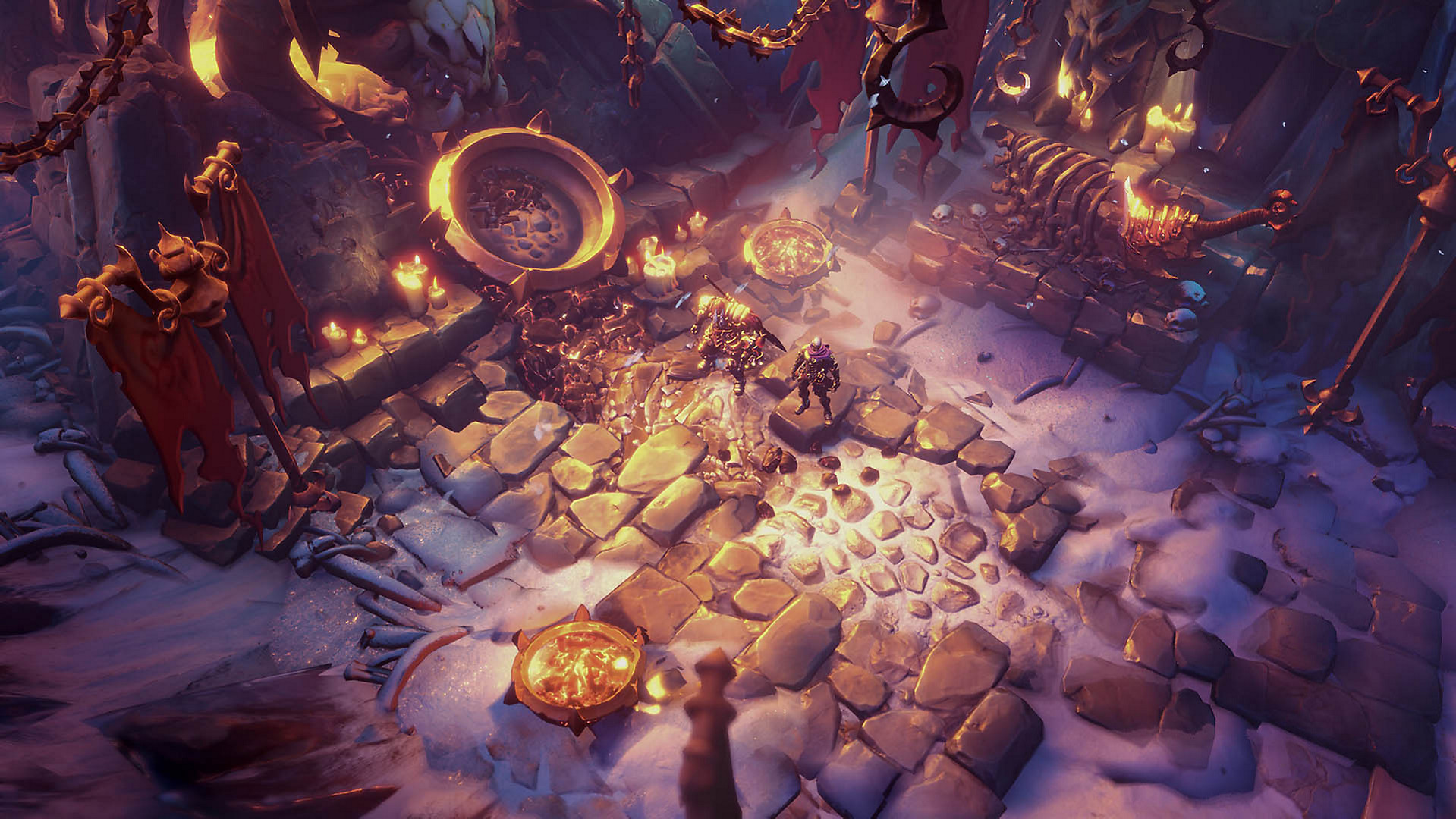 Another thing that has shocked us a lot is that it keeps dragging programming errors of some importance. We have lost count of the times we have crossed the ground during a fight, and although we generally reappear on the surface and continue without a problem, there have been cases in which we have fallen to infinity and have had to leave the game. This, playing cooperatively, is a notable problem, since we can only join a game at certain points on the map and our partner cannot progress alone once he has started a mission with someone. We have experienced these problems even with a patch that was released this past Monday, so you will have to be aware of possible release patches to see if this is fixed.

Although some negativity is clear from our words, it is more disappointing for not taking advantage of these extra weeks to offer a more polished title. We want to make it clear that the vast majority of the time can be enjoyed without problems, and it is simply shocking that a game where physics is not particularly complex, has problems as basic as crossing the ground. They are details that distract you from the tremendous audiovisual work he does, with great art design and a fantastic soundtrack. 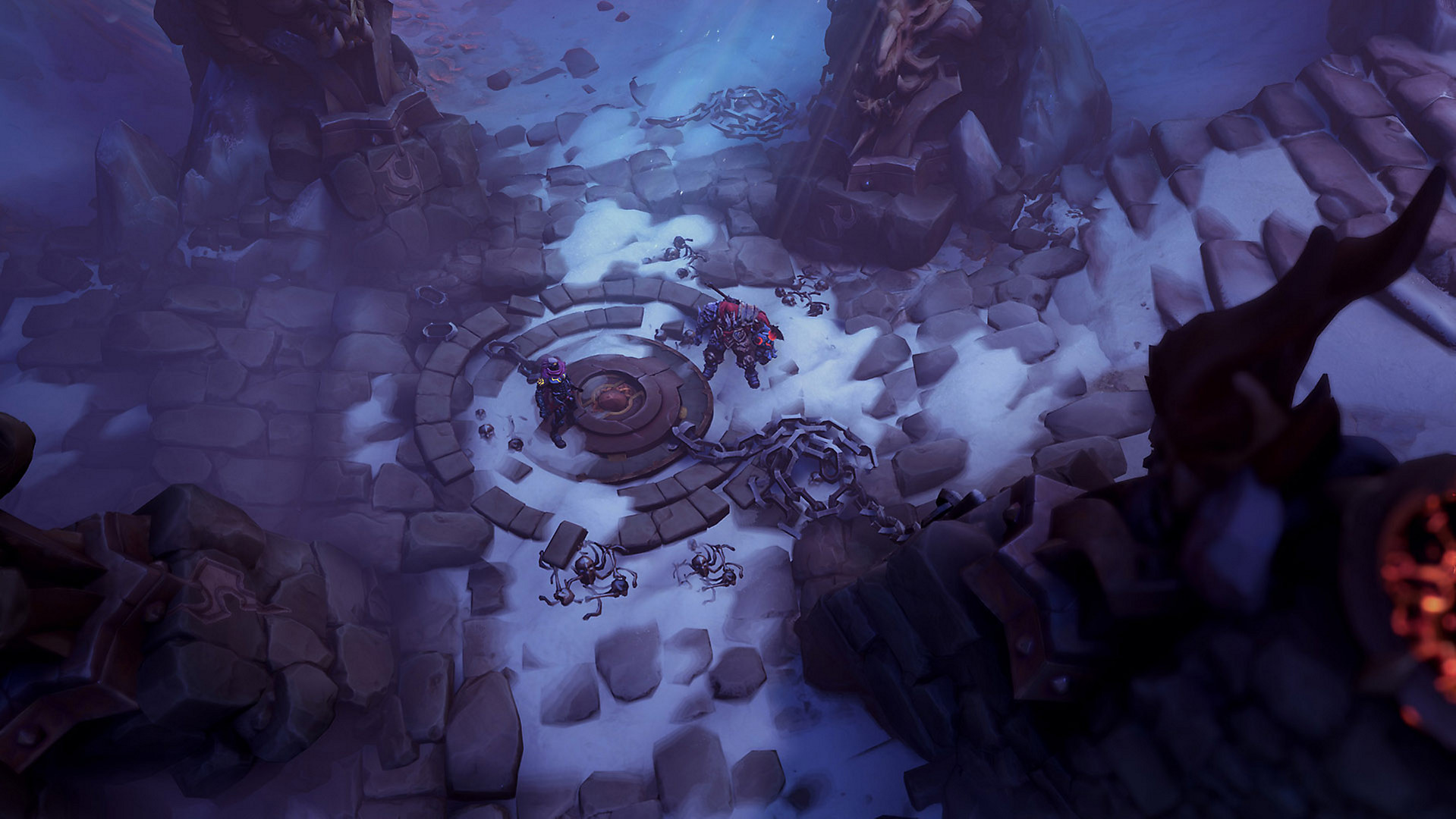 A great adventure with room to improve

Darksiders: Genesis is an entertaining game, especially in cooperative, which we recommend to any lover of this type of experience. As we tell you in our analysis of the PC version, it is a game full of content, with excellent ideas and very Darksiders, and we don’t want the camera to make you think otherwise. Perhaps it is a bit simplified compared to the main adventures, but we believe that the cooperative (or the mechanics of changing characters) compensates and gives it its personal touch, like a good spin-off. What is it? It is a pity that he continues to drag technical problems that affect or hinder the experience, as well as a control that is not up to the most difficult moments of the platform. Still, luckily his benefits tip the balance to his side.

We have prepared this review with a download code for the PS4 version provided by Terminals PR.