Making a comeback to the city of Karnaca full of secrets, a protagonist with much potential and the superpowers that are unique to the series.

The standalone DLC based on series or directly in one of its chapters are becoming popular these days. A very remarkable example is the Uncharted: The Lost Legacy that’s recently released, and now comes the Dishonored: Death of the Outsider. A really good spin-off that takes the playable mechanics and environmental basis of Dishonored 2 and tells us a new story and invites us to control one of its side characters, Billie Lurk.


Billie meets with his great mentor, Daud “an expert assassin”, after rescuing him during our first mission and receive our next mission to destroy the already known “The Outsider”, the black-eyed magician beholds the power of a God. An almost suicidal mission that seems to end the main plot of this series.(Although like everyone, we hope this is not the last installment of the series from Arkane Studios). 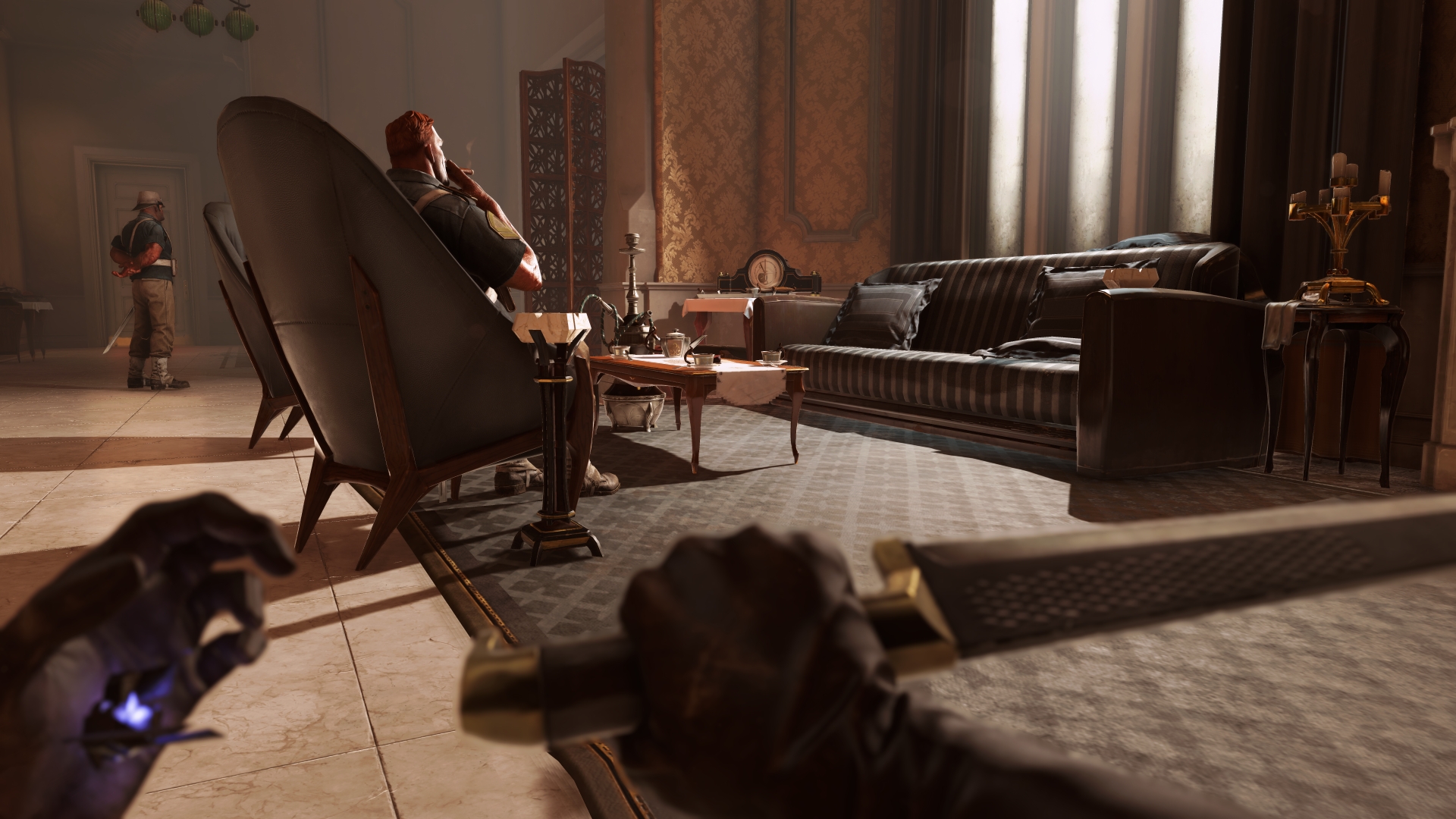 Is it necessary to have played the previous titles of the series to fully enjoy this standalone story? The answer is “No”, since it is an adventure in itself and with more than enough personality, although it is true that, logically, if you have played and enjoyed the previous Dishonored titles, especially the most recent one than you will have a better understanding of the whole story.

New set of superpowers to explore

The change of protagonist entails, as expected, new skills. Instead of recycling the skills of Corvo and Emily (the previous protagonists of this series), Billie enjoys his own arsenal of skills, a set certainly not too high but enough to allow us to play and surpass each main objective as we like.

The three major supernatural skills that Billie can perform are Displace, Semblance, and Foresight. Displace allows us to choose a marking point to subsequently reach it from a certain distance. An evolution from Corvo’s most characteristic skill, Blink, which is one of the most useful throughout the game. Semblance allows us to take on the appearance of any living person (ideal to go unnoticed), while Foresight becomes an ethereal way in which time stops while we examine the surroundings while we abandon our body. And while we do, we can mark enemies, some fundamental objects and even leave a marking point to employ later by using Displace. 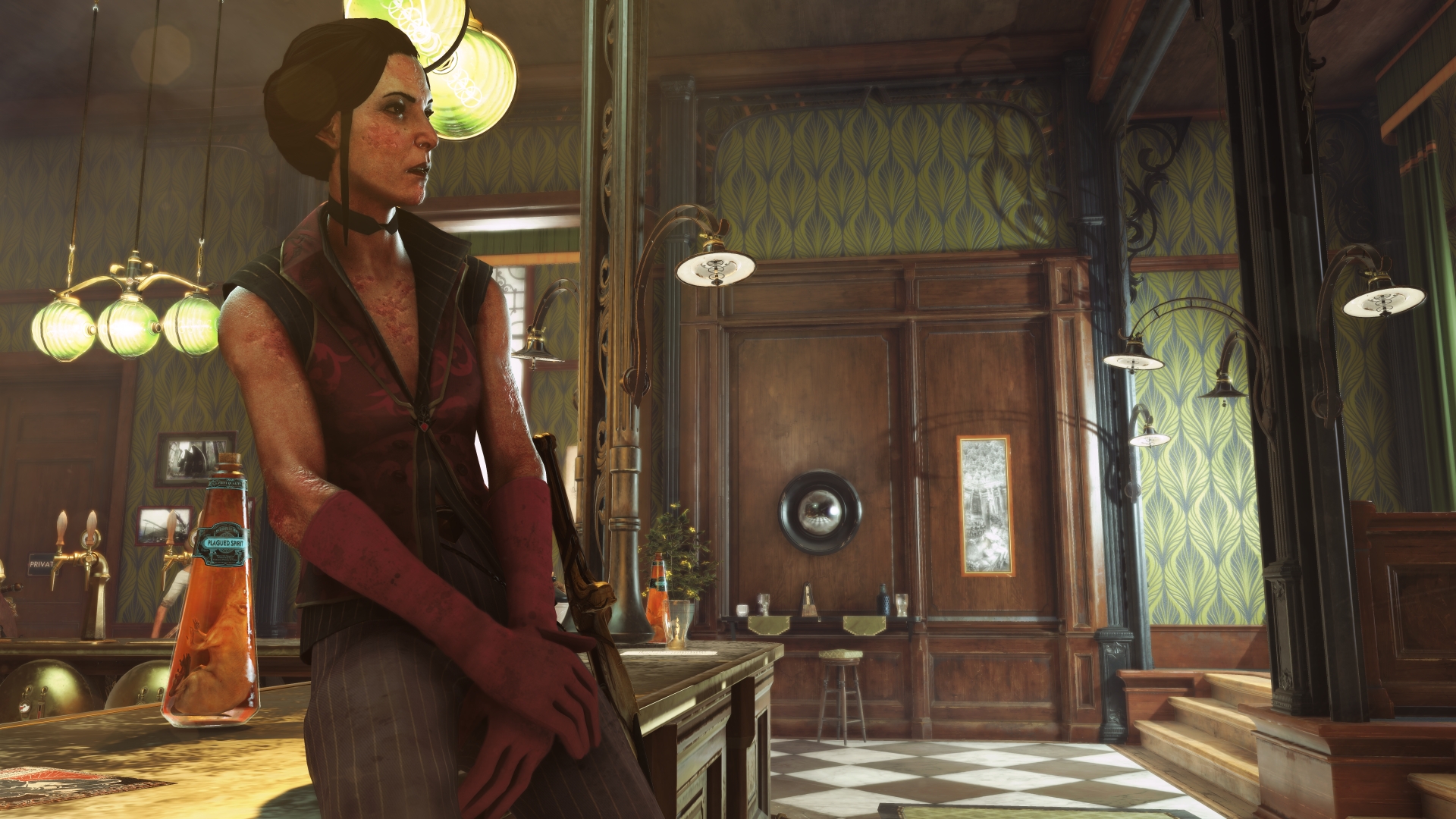 These abilities consume magic, which is exhausted after a few seconds or after several uses of each of the abilities but regenerates itself, without having to use blue potions as was usual in previous titles. But Billie has other abilities since she can listen to the rats for certain details and clues or use secondary weapons such as electric or igneous darts, grenades, and other useful artifacts.

Best of all is that all these skills allow us to pick a variety of different approach to complete objectives as we think fit. There are many ways to overcome each obstacle that the adventure presents us and it is up to us to find the best way to do it. Do we enter a house through the front door, through a window or through a roof? Do we end up slaying the guards who guard it, leave them unconscious or simply go unnoticed? 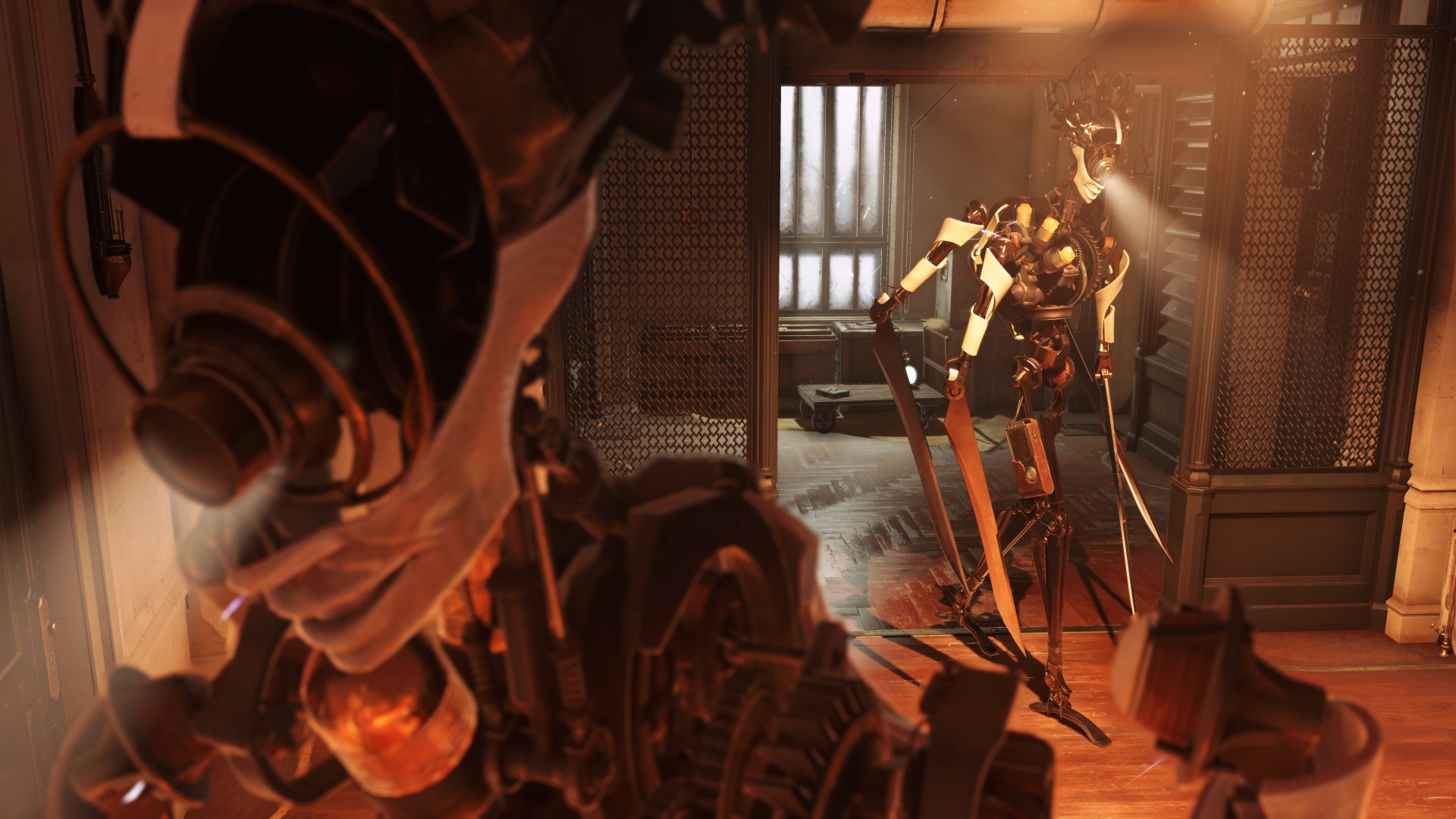 The same goes with how you want to finish the side missions you were assigned with. In order to fulfill each mission we have to fulfill certain objectives and, in the meantime, others are emerging whether you want to complete or not. And not only that. The side missions allow us to obtain extra rewards, by placing these collectibles Arkane increases the life of the game and giving it a greater depth.

Also, the scenarios hide numerous secrets, the most attractive being the classic Bone Charms, which provide us with certain advantages by equipping them like being able to jump higher and further, absorb some of the damage caused by falling from the heights, greater speed as we sneak … 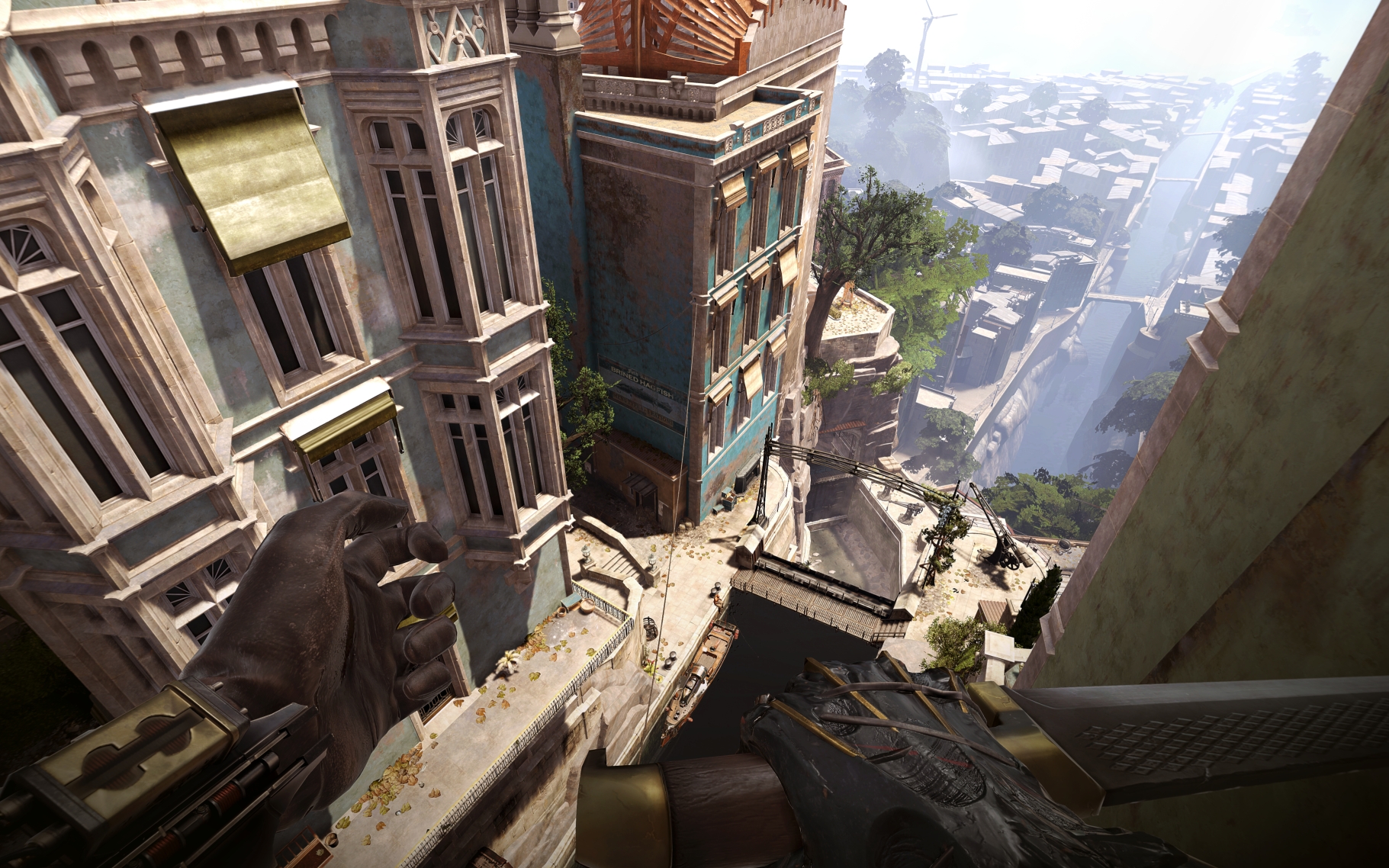 A tremendously familiar gameplay for all those who have enjoyed the series before, which has its good and bad part. The good thing is that it is a chapter of Dishonored, shorter than the main game (about eight or ten hours if we want to find everything) and without much depth, but just as challenging and fun. And also Billie’s story is quite good, and the way in which the plot is narrated is amazing.

However, it is also fair to point out that some innovation compared to the main game formula would be most welcomed, although this may already be a lot to ask for a standalone DLC, an independent chapter that comes at a reduced price, about $39.00. Not surprising at all, but still a delightfully fun title and full of possibilities. 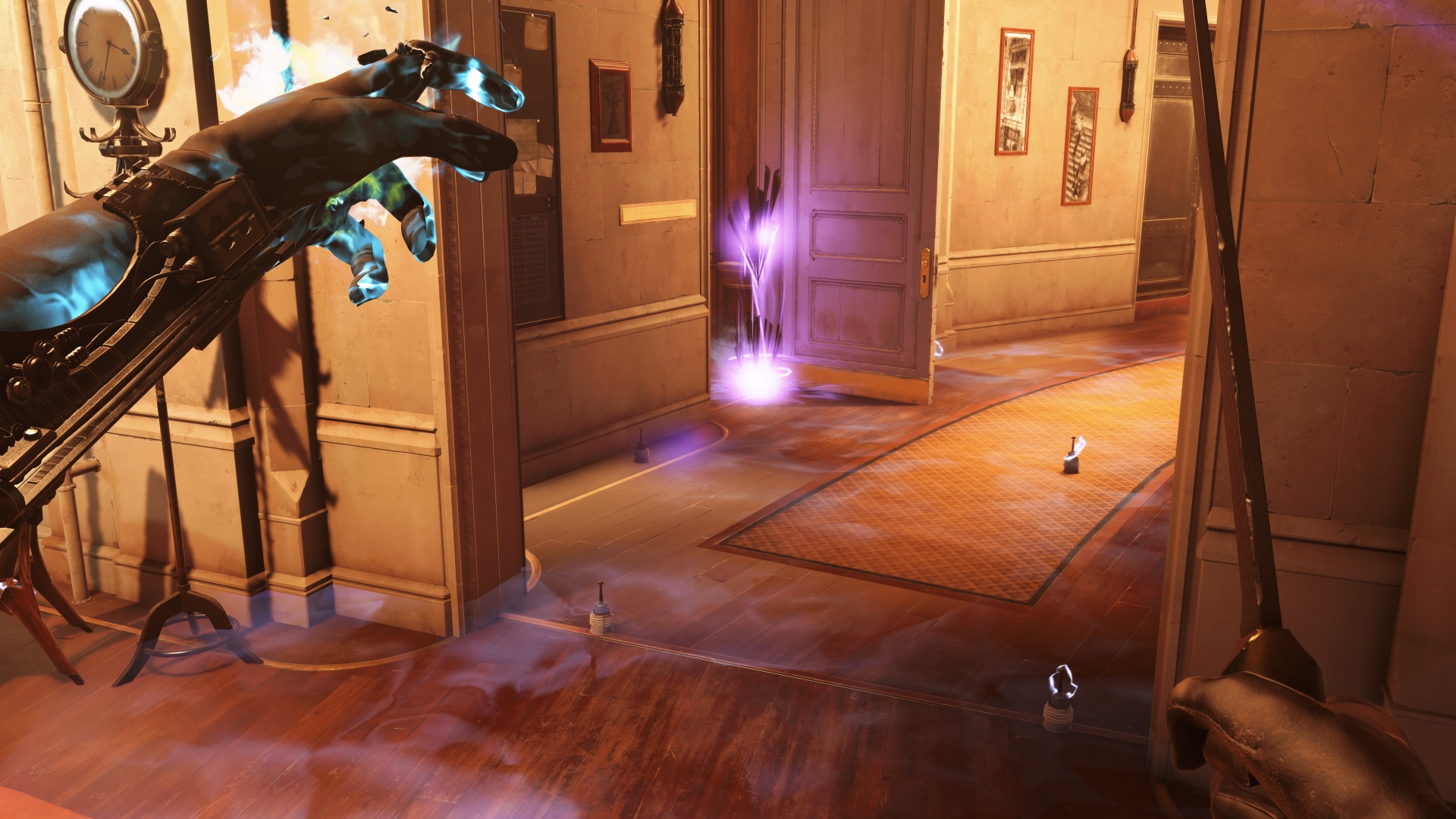 As for graphics, the title once again uses the Void Engine of Arkane Studios which gave life to Karnaca and a spectacular setting as the  previous titles, as we explore the alleys and the interior of most of the houses, we find the crudeness and poverty in which are immersed the immense majority of inhabitants of this city. A truly magnificent setting that’s created by a graphics engine that starts to age, but still continues to provide amazing performance.

And finally, the sound section performs at an outstanding level, just as we expected. The sound effects are excellent and also the soundtrack, which perhaps goes unnoticed, knows how to gain prominence at the right moment. 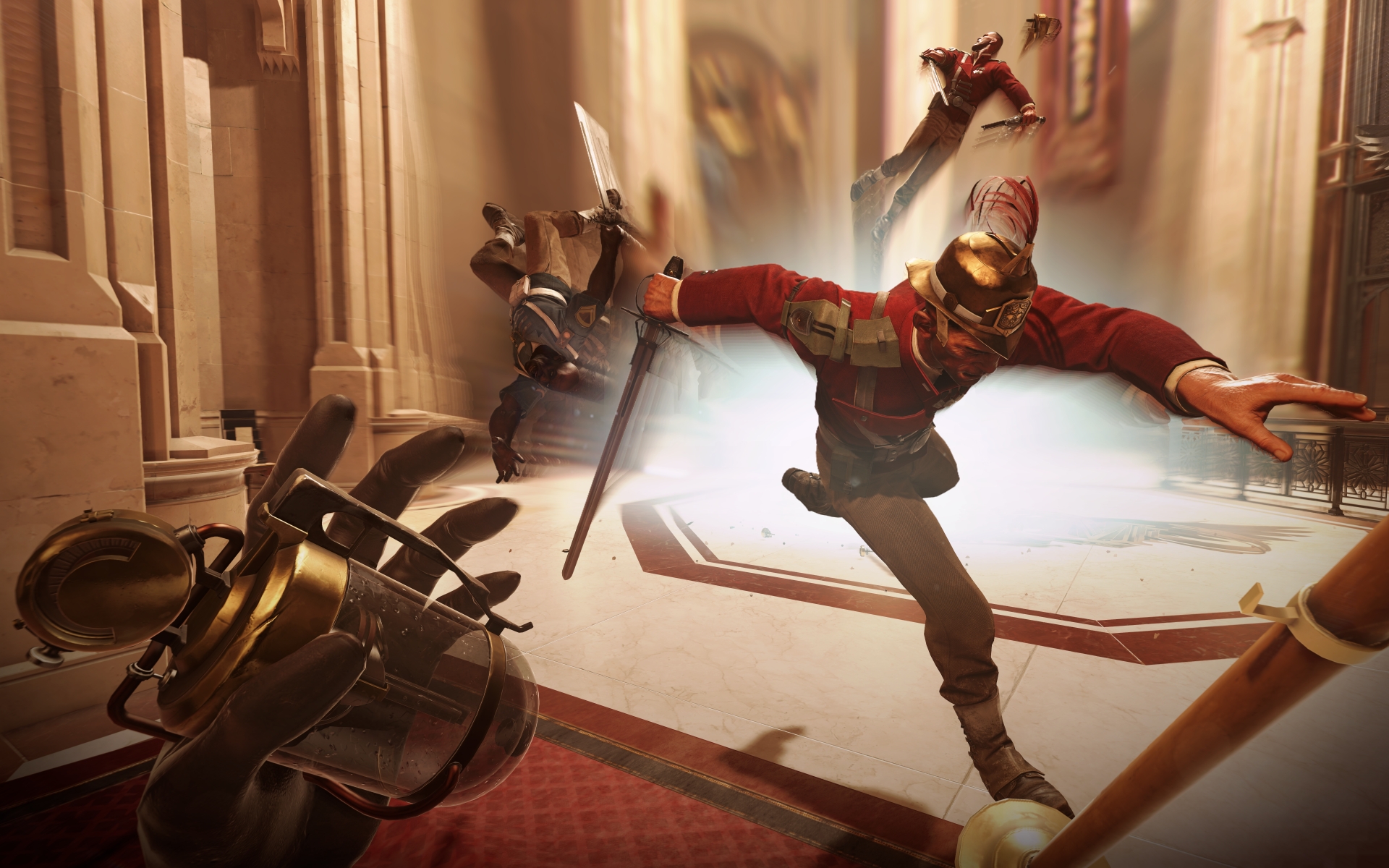 Predictably, Arkane Studios gives us a new taste of what they do best: adventures full of possibilities where stealth comes first. A well-constructed title that presents a splendid level design, a very interesting protagonist and a fantastic gameplay that gives us a lot of freedom of action. Essential not only for the fans of the series but for all those who are looking for something more than shooting. It’s short but worth it.

We have prepared this review on a PS4 PRO with a download code provided by Bethesda.