Two classic adventures of Agent 47 come to PS4 and Xbox One with enhanced visuals.

Hitman and for IO Interactive still going through time times. After Square Enix let go to the studio and the series, Warner Bros.’financial support has not worked very well, even having abandoned the episodic format that was so criticized in the previous title. We assume that in a move to try to give another boost to the popularity of the series and to try to generate additional income, IO Interactive now offers Hitman HD Enhanced Collection.

Hitman HD Enhanced Collection offers us two titles of agent 47: Hitman: Blood Money and Hitman: Absolution. Both, as you can imagine, come with graphics improvements, improved controls and everything that can be expected from a remastering. The biggest novelty is being able to enjoy them at 4K and 60 images per second on Xbox One X and PS4 Pro, or at 1080p and at 60 fps on Xbox One and PS4. 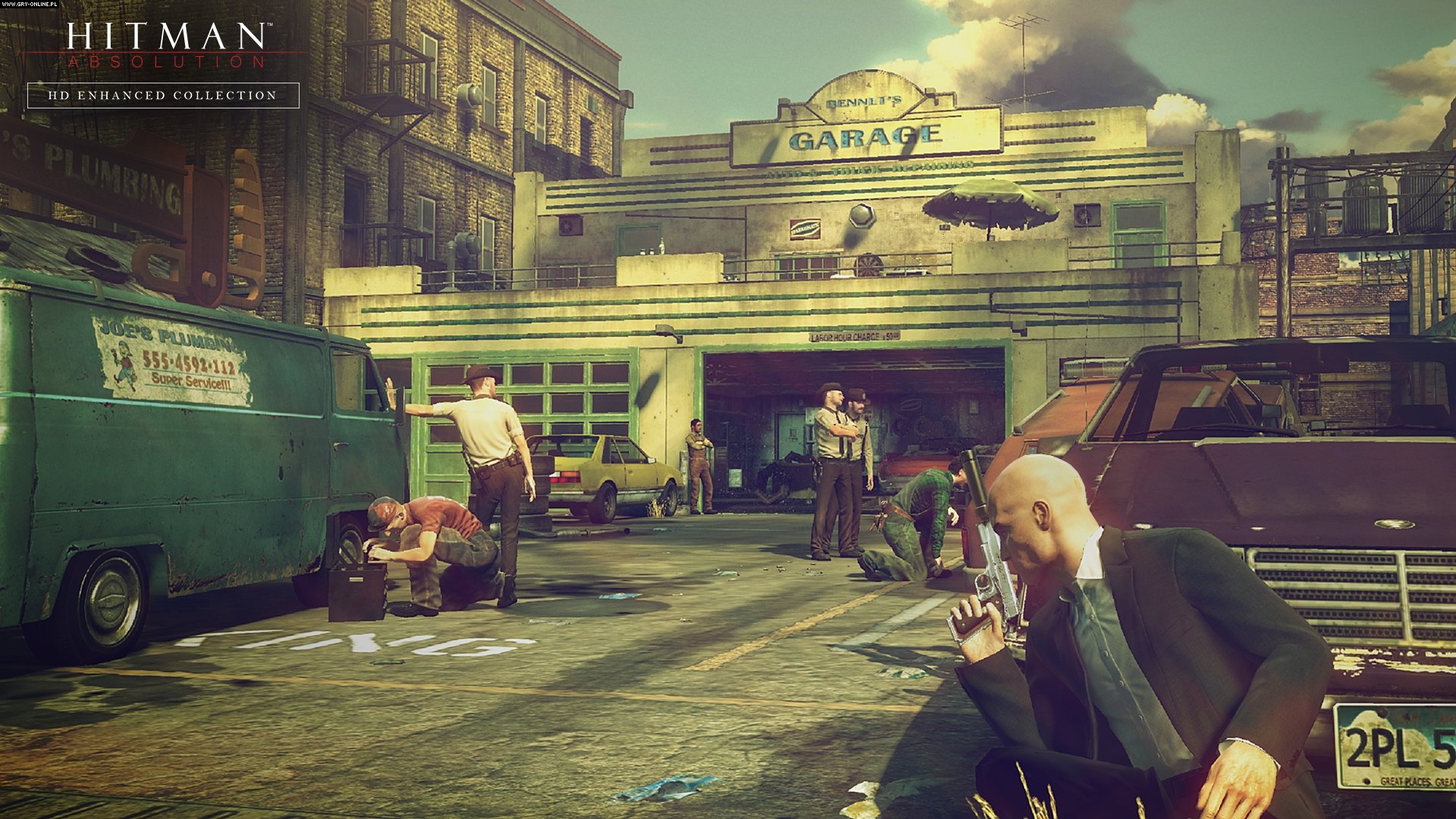 Textures, shadows, reflections (in mirrors and other reflective surfaces) and lighting are also improved, and supersampling is even offered for those who use their PS4 Pro or Xbox One X on monitors other than 4K. But visual improvements aside, we tell you a little bit how these titles are played in 2019.

Considered by many to be one of Hitman’s best games, this 2006 title needs its adaptation period. The truth is that after playing the last installment of the series it has been a bit hard to return to this, but after finishing the tutorial we have well adapted to the controls and the game mechanics. 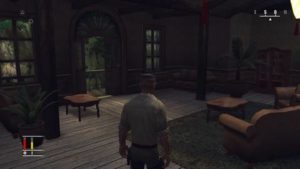 Of course, the configuration of the control scheme could have been updated a little more, since many times it gives you the feeling of playing a PC game that is only compatible with half control, and there are normal actions assigned to somewhat strange buttons. As we say, it is a matter of time, but we would have liked to see the option of having a standardized control system between both games, as similar to what was done with Halo: The Master Chief collection.

Although technically the graphics limitations of a title from 2006 are very prominent, Blood Money still holds up very well thanks to the artistic direction. When you observe the characters up close or the details of the scenarios, the deficiencies become more noticeable, but most of the time visuals hold up quite well.

Then, the game as such has an indisputable quality. The gameplay is still at a high level, full of possibilities to complete the levels almost as we want. Details like being able to strangle rivals from above, artificial intelligence detecting bloodstains on the ground or the customization of weapons continues to give a very personal touch to the adventure. As we say, it may cost a bit to adapt to a 2006 game, but it’s worth it. 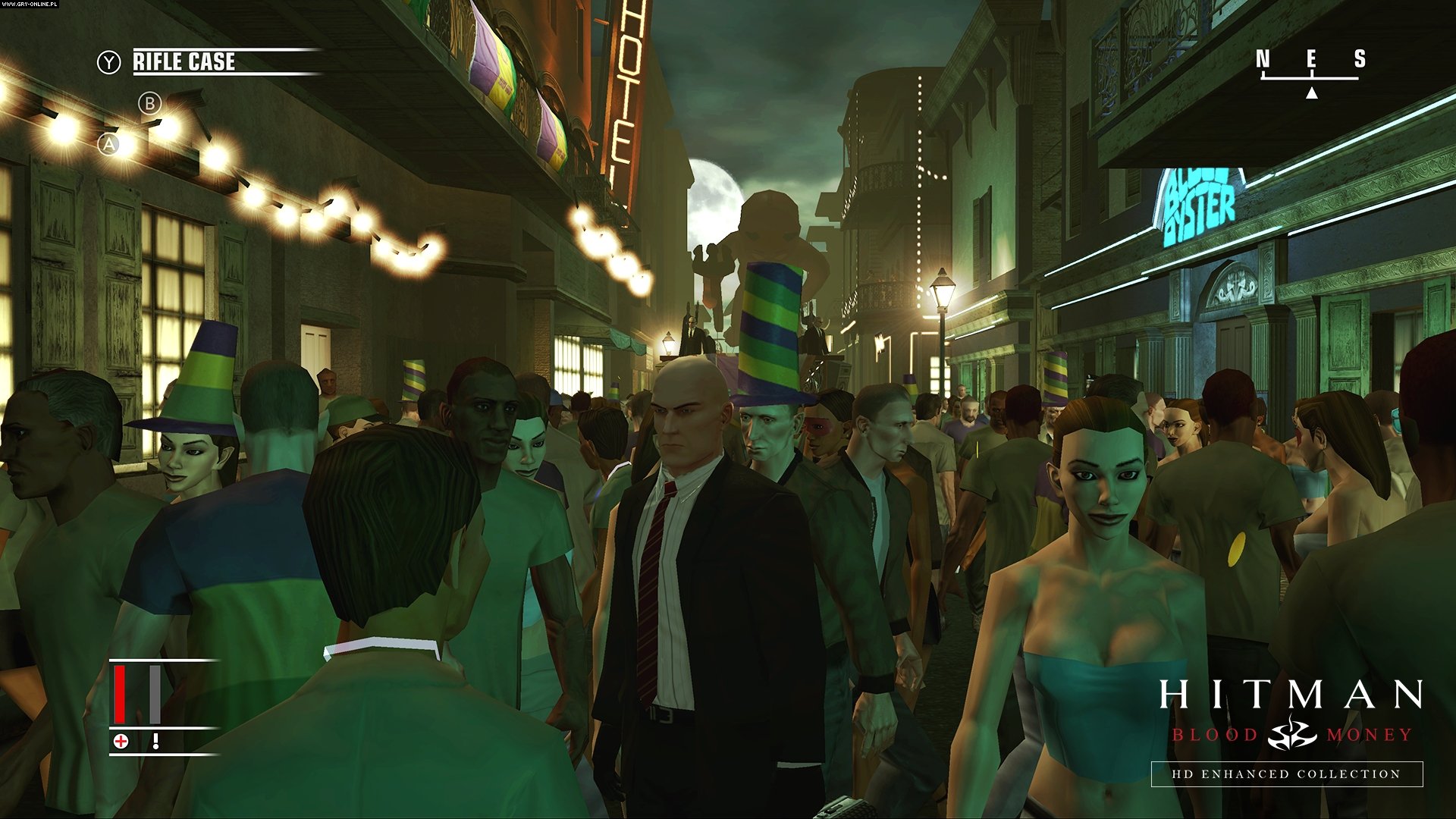 Considered by many to be one of Hitman’s worst games, this 2012 title almost looks like a current one. The truth is that we like quite Hitman: Absolution. We understand that it can have aspects that can be improved as a game of the series, but it still seems like a hilarious game that absorbs you from the first moment. 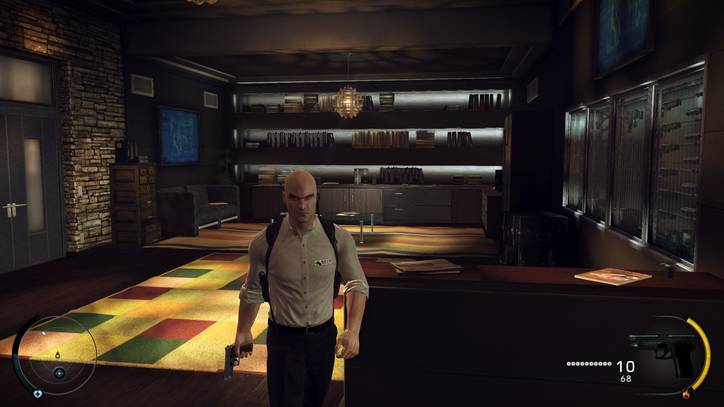 Except if we compare it with the two new deliveries, the years have barely passed for Absolution. It still has a structure and responsive controls, and it plays very, very well, so much that, at least in this aspect, it does not feel outdated at all. Neither does it visually, as it shows us the level that IO Interactive managed to achieve in the last generation. 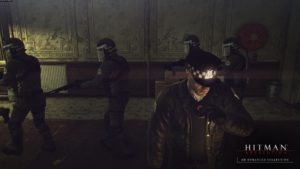 Of course, the “improved” lighting is quite debatable. If you remember the exaggerated bloom (the halo and the excessive brightness of the light sources) of the game, but today it borders on the ridiculous. Taking advantage of that improved lighting could have softened it a bit because we assure you that at certain moments it simply looks funny. It is not something that will affect the gameplay too much, but it does affect a set that, in another way, remains at a high level.

In any case, you know what awaits us in this installment. It is a title that becomes less free, perhaps to offer a more accessible experience that attracts new players, and that offers a series of limitations for the most staunch fans of the series. In any case, if you have not tried it yet, surely you may have such a negative idea of the title but you will be surprised if you chose to give it a go. 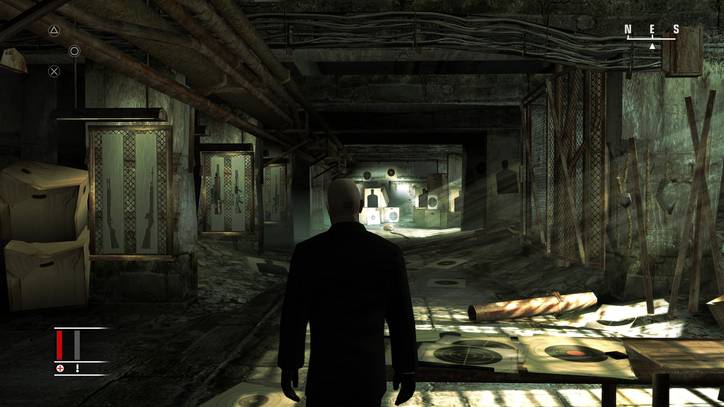 Hitman HD Enhanced Collection is an interesting product. It offers two games that, we think, you have to play, either for one reason or another and with a more than a decent update. Yes, something is missing that gives more consistency to the collection as an option that allows us to unify the controls to facilitate switching from one to another, or an option to soften the exaggerated bloom of Hitman: Absolution.

Then, we can not ignore its price either. $59.99 for two remasters seems excessive, and more when we are watching full remakes of three games for $39.99. In any case, if you fancy classic Hitman or enjoy one of the most controversial deliveries of Agent 47, Hitman HD Enhanced Collection is a good choice.

We have prepared this review playing the PS4 Pro version of the title with a download code provided by Warner Bros.

Borderlands 3 will have four story-centric DLC
May 5, 2019