Hunt Showdown takes us to a dark and terrifying western, filled with monsters. Crytek proposes an online multiplayer that is unlike any other game you have tried.

Crytek is not only the owner of one of the most cutting-edge graphics engines of the generation, the Cry Engine, but also has some of the FPS that have most influenced the genre, such as the first Far Cry or the Crysis trilogy. Particularly in Crysis 3, the team has already demonstrated that it is capable of designing atypical online multiplayer modes, which move away from the well-known “deathmatch” or objective battles. The asymmetric and the use of camouflage, but now it goes much further.


Hunt Showdown, the developer, offers us a very innovative proposal, which has managed to provoke sensations like we had not had with any other “shooter.” There is no other game that resembles it, both for its setting and for the correct mix between genres, from first-person shooting to “survival horror.” But let’s not rush.

Hunt Showdown is a “dirty” western. Think of those duels between gunmen of the late 19th century, in the Louisiana swamps, when weapons were not very reliable, and wild nature was bathed in twilight. In-game, this decadent setting also flirts with terror – thought in movies like Bone Tomahawk – and with supernatural elements: zombies, demons, witches, and monsters. And everything is combined in an open setting, where in addition to forests, swamps and plantations we find slaughterhouses, abandoned secession war forts or old chapels and cemeteries. It is a nightmarish scenario, which lends itself to the multiplayer confrontations of Hunt Showdown.

The online multiplayer for Hunt: Showdown

We must clarify that Hunt is an exclusively multiplayer game and requires a connection. It has no story mode, and training is limited to one game against monsters, without interference from other human bounty hunters. But the “chicha” is online. We can either participate in quick games where up to 12 players face each other to death or in the real feat of the game: loot hunting. 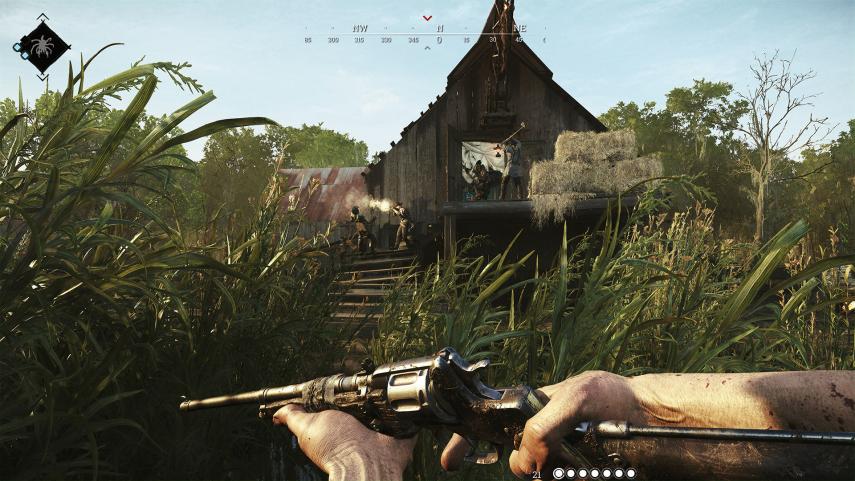 The loot hunt mode is a duel between bounty hunters, with PVP and PVE elements. We can play alone or in teams of two hunters (maximum 5 teams). Our goal is to finish off a hidden creature, but before that, we have to locate it. To do this, you have to find three clues, spread across the map (keep in mind that this is an open stage, with changes in lighting and weather). So what we need to do is use our dark vision to highlight where the clues are. Every time we find a trail, the area of ​​the map where our prey can be found shrinks. 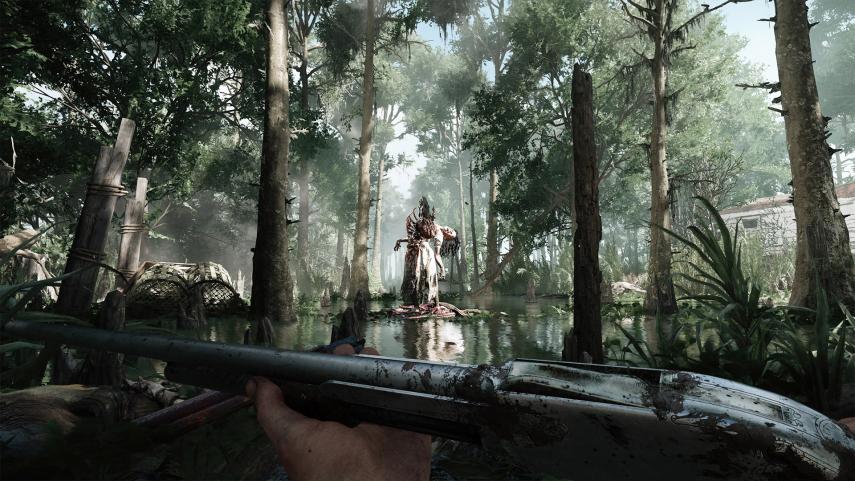 The problem is that during the hunt, we not only face the monsters that swarm around the stage (and that have a terrifying design and behaviour), but we compete with other hunters. This results in a very tactical style of play. Do we kill monsters or dodge them and leave them to our rivals? Do we run to the tracks, or do we hide next to them to end the competition? Do we use a ranged weapon, or do we set traps and bet on melee? And we can always wait for them to get the loot and take it from them while they wait for extraction. 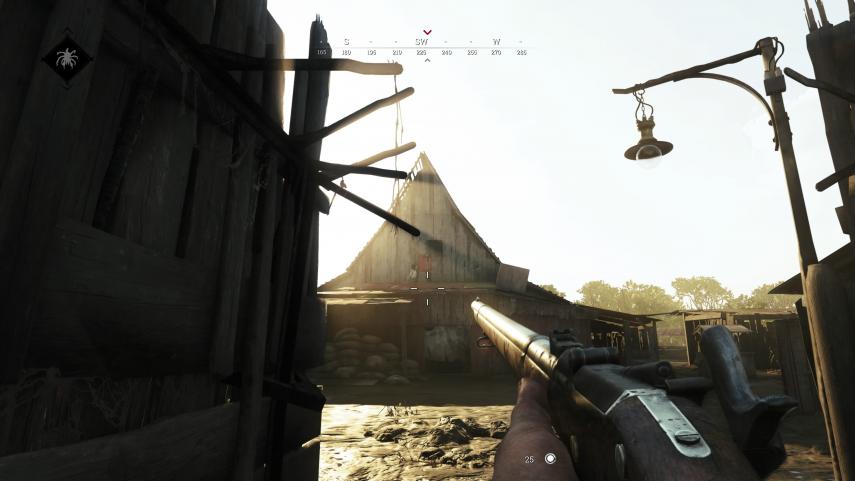 It would not be too important in a more conventional game, but it is that in Hunt Showdown from level 10 of progress, death means losing our hunter -with his improvements and skills- and having to start with a new character that we have hired. To add even more excitement to these games, ammunition is scarce, weapons are not very accurate, and manual reloading is quite slow (as would be expected from a 19th-century arsenal). With this in mind, our best weapon is to stalk opponents and secure the shot … because we won’t have a second chance. At times, it’s like playing a “survival horror” or even a Battle Royale mode.

Hunt Showdown gets even more interesting when we try to be stealthy … because it can give us a shot, but also a flock of crows when taking flight, the barking of dogs or a dying horse, even the crystals on the ground make noise! The environment is a tool that can betray us or that we can use to our advantage. 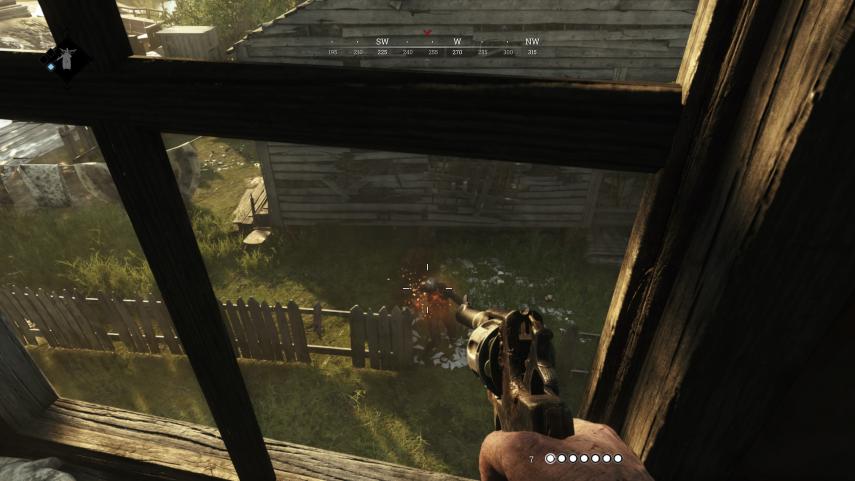 The result is that when we spend time crouching down, dodging the undead, and listening carefully to the amazing 3D sound (it is recommended to play it with headphones), we start to get really scared. We were surprised to notice our keystrokes at the top in some sections of the Crytek game.

The progress system is quite particular. We have already told you that there are “permadeath” from a certain level, but our hunters belong to a lineage so that even if they are killed, some unlocks are preserved, and the experience can be transmitted. On the other hand, we may hire a bounty hunter with default gear and skills that we wouldn’t have unlocked by ourselves, adding a point of randomness. 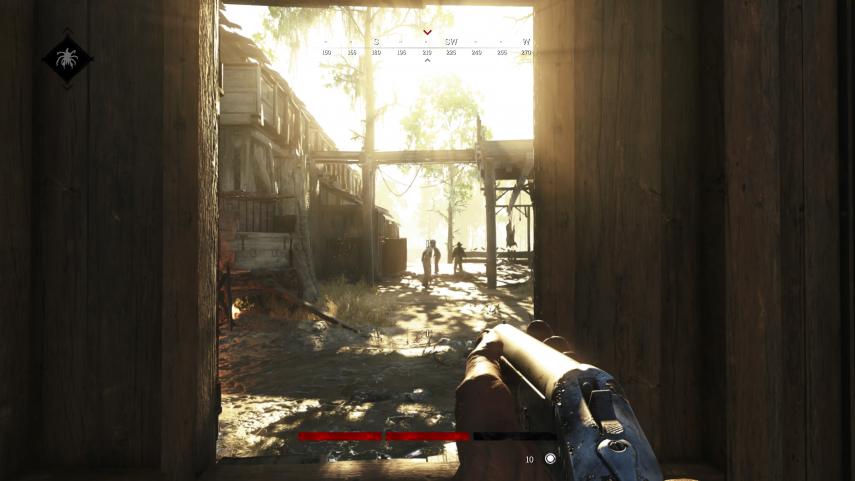 Keep in mind that equipment is important, and inventory size is limited (weapons are classified by size) and that the differences of a few seconds in reloading or a few meters of range make the difference. Of course, there are no visual modifications; The hunters’ appearance is directly determined when we hire them. 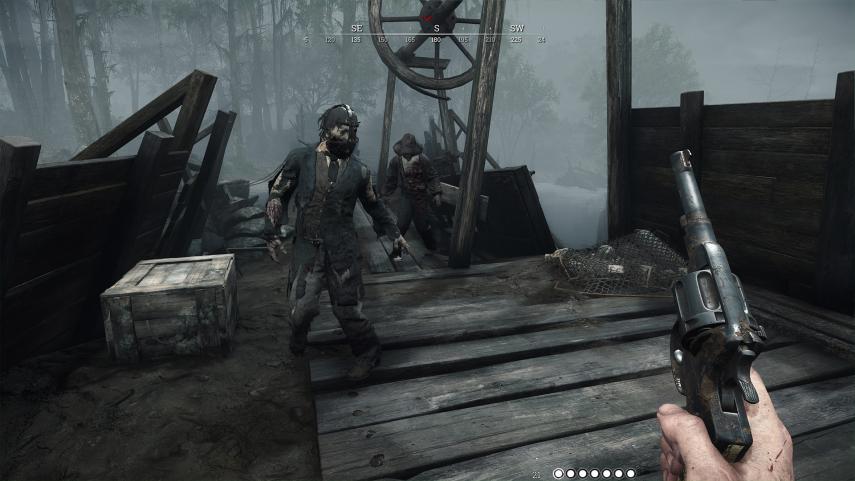 Hunt Showdown is very brave in its proposal, and it works very well. In fact, the game appeared on PC in 2018 in early access and has been improved with successive patches … and the version that we now receive on consoles has all these improvements integrated. But we have to mention some problems in the visual section (both the loading of textures and popping, which is usual in such large environments).

The sound is impressive, both in regards to the soundtrack (which achieves a proper setting and has a catchy main theme) as well as the surround effects, which are perfectly integrated into the gameplay, and that also make your hair stand on end. But the worst have been some matchmaking problems: first, the load times, which get too long, and then the pairings, which seem unbalanced. 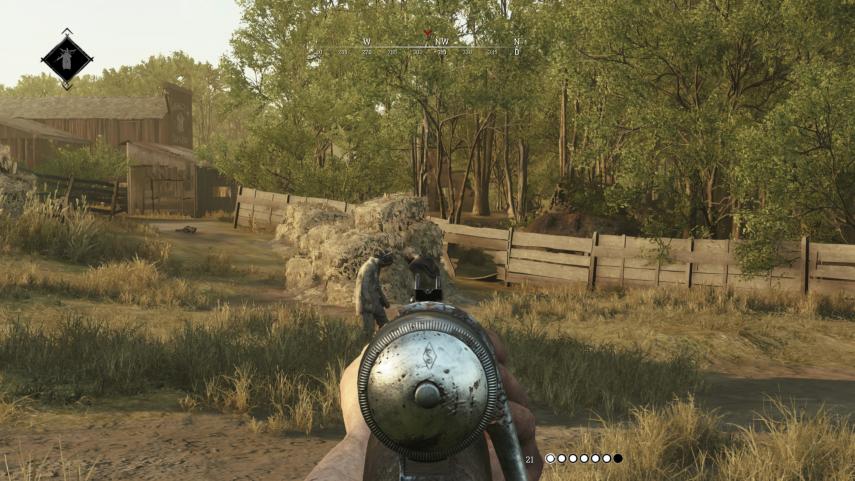 Except for these problems, Hunt Showdown is a unique alternative for any online FPS fan. Its combination of PVP and PVE has seemed very balanced, and the setting has managed to put us on edge. Crytek has managed to innovate in a genre that seemed stagnant, although there are still some aspects to polish. It’s worth a try and discovers all that this “shooter” has to offer, set in the darkest and bloodiest version of the Wild West.