Virtual reality goes, little by little, receiving more and more games that, in a certain way, offer traditional adventures. Yes, the experiences are great, but sometimes we also want to immerse ourselves in a title as we do when we play it on the screen. VivaGames, a small Chinese studio, brings us a brand new title to enjoy in virtual reality an experience similar to that of an Uncharted and, although it goes without saying that they can not be compared, the result is surprisingly positive.

Immortal Legacy: The Jade Cipher is an action and exploration game, with a multitude of shootings and occasional puzzles. In essence, it is, as we say, an adventure in the style of Naughty Dog, and it is a formula that little you do well, you will have a very entertaining product. Of course, at the narrative level begins with a strange premise. 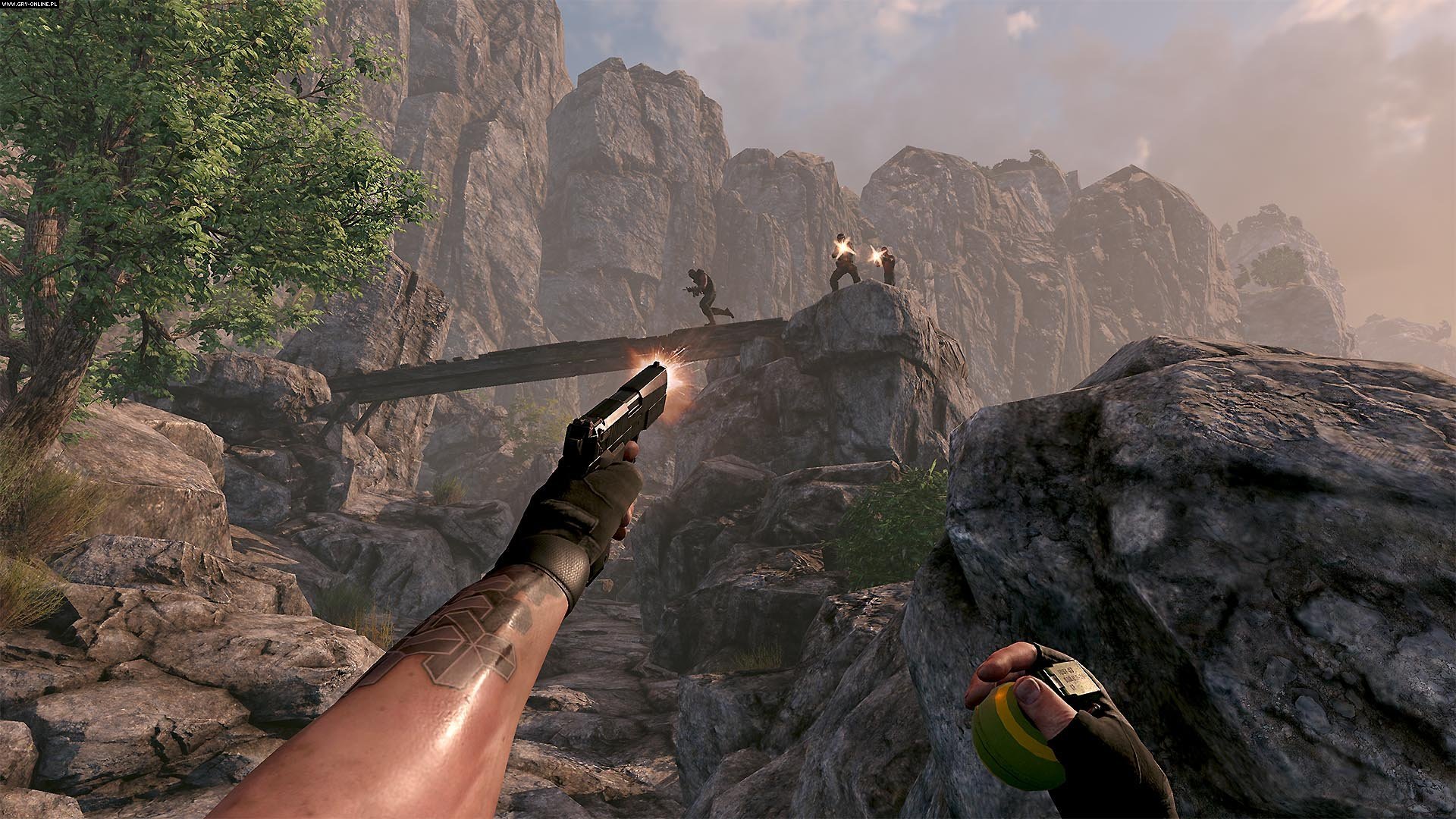 We are Tire, a returning war veteran who turns out to be a former member of the special forces. We started on a plane where a young woman in a slightly Gothic outfit prepares us for what seems to be our next mission, but an accident creature attacks our plane and separates us. We woke up on an island, captured by an unknown group of mercenaries, until a youtuber with a colourful hair rescues us, and tells us that it is there looking for dragons. 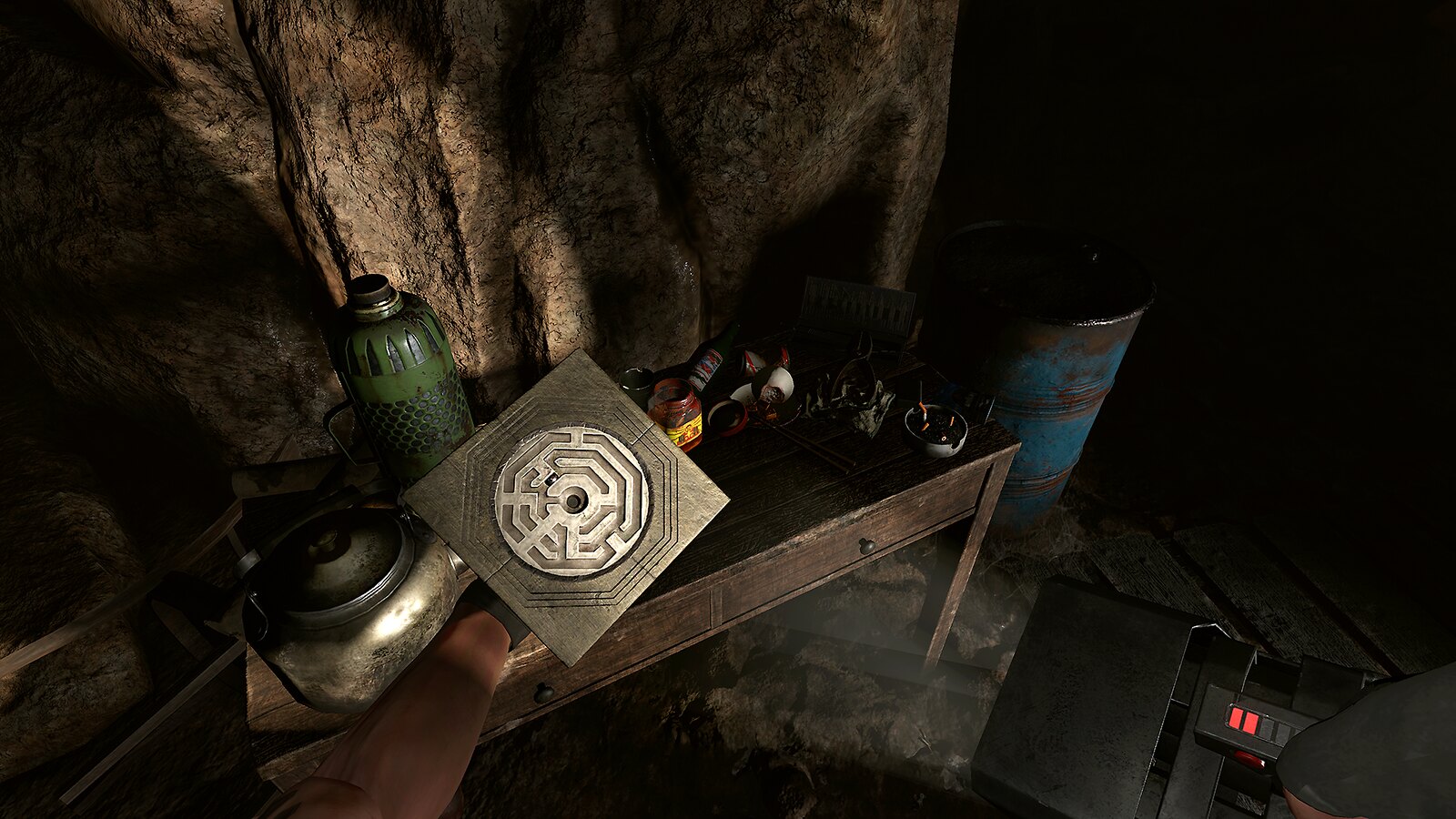 The thing does not stop here, because soon we meet the bad people, a young woman equipped with a futuristic armour and she moves on a flying robotic throne with magical powers, accompanied by another person also covered by a futuristic armour and a robotic dog.  Sounds silly but this happens to be the story and clarify our purpose slightly. Then the thing calms down a bit, although obviously, there is no shortage of experiments, you need to find hidden artifacts and so on, but we let you discover those for yourselves. 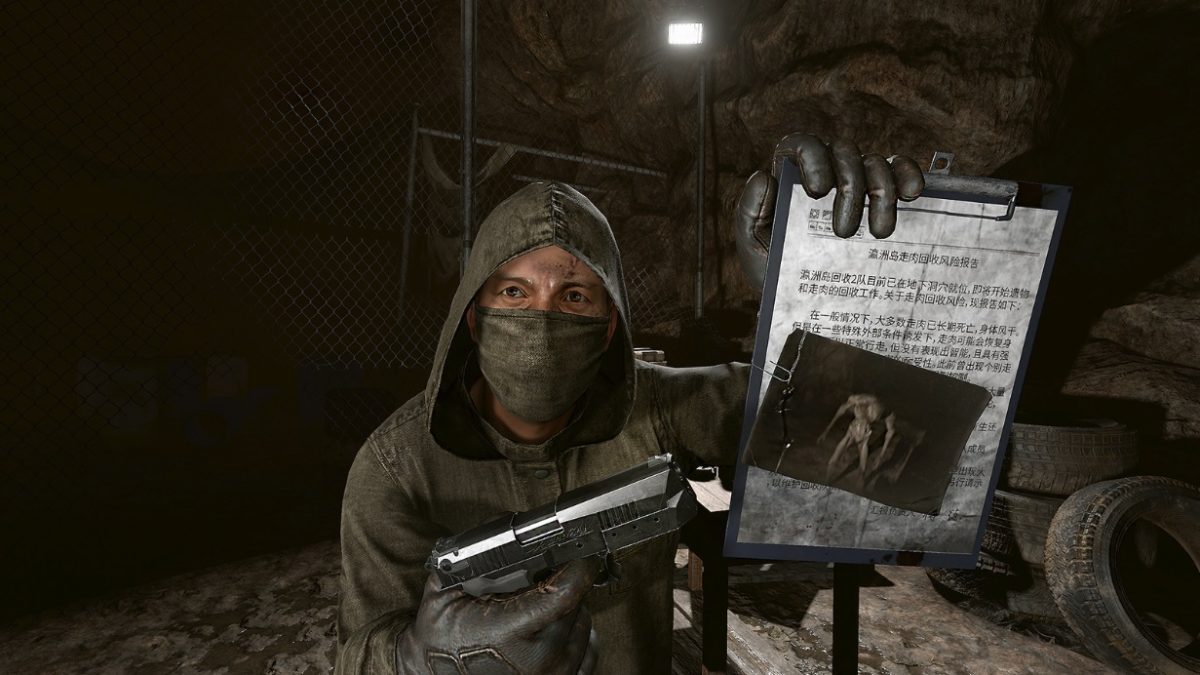 Luckily, the vast majority of the time we are alone, moving through a quite linear scenario – albeit with secondary roads, usually to find secrets – where you will encounter enemies that you have to defeat. If you have played some virtual reality shooting game you will know that it is usually tremendously satisfying to shoot using the PS Move controllers, and Immortal Legacy: The Jade Cipher is no exception.

The controls are somewhat odd,  and there are many better options to handle a free-motion shooter. Examples like the control of Borderlands 2 VR seem to us an enormously better option, and at least it would have been nice if they gave us options to adjust it, but there are hardly any. In any case, you end up getting used to it, but at specific moments it makes some confrontations unnecessarily difficult. On top of that, there is also the clumsy inventory access system,  which may drive you nuts on many occasions. 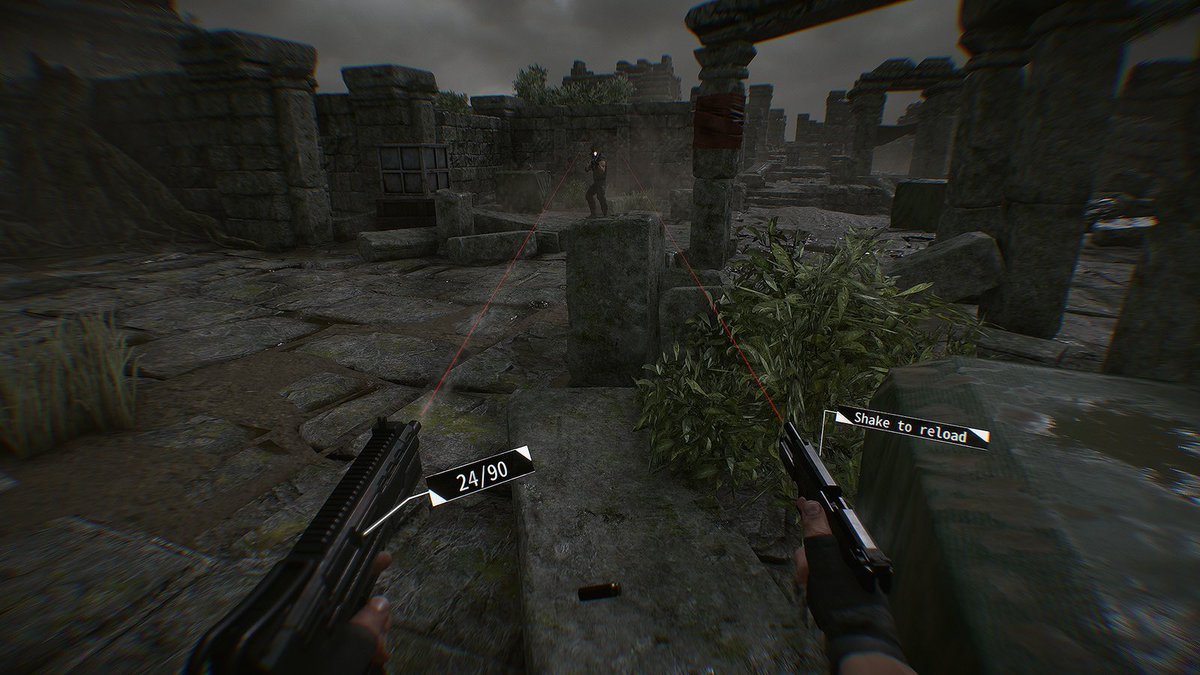 By default, there is no indicator on the screen that serves as a grid to aim, so we have to aim at the eye, something surprisingly funny during the first part of the game against human rivals. Most human enemies die from a head-shot and killing them the first time with a headshot simply feel great. At any time we can activate a laser pointer to have a preference if you prefer. 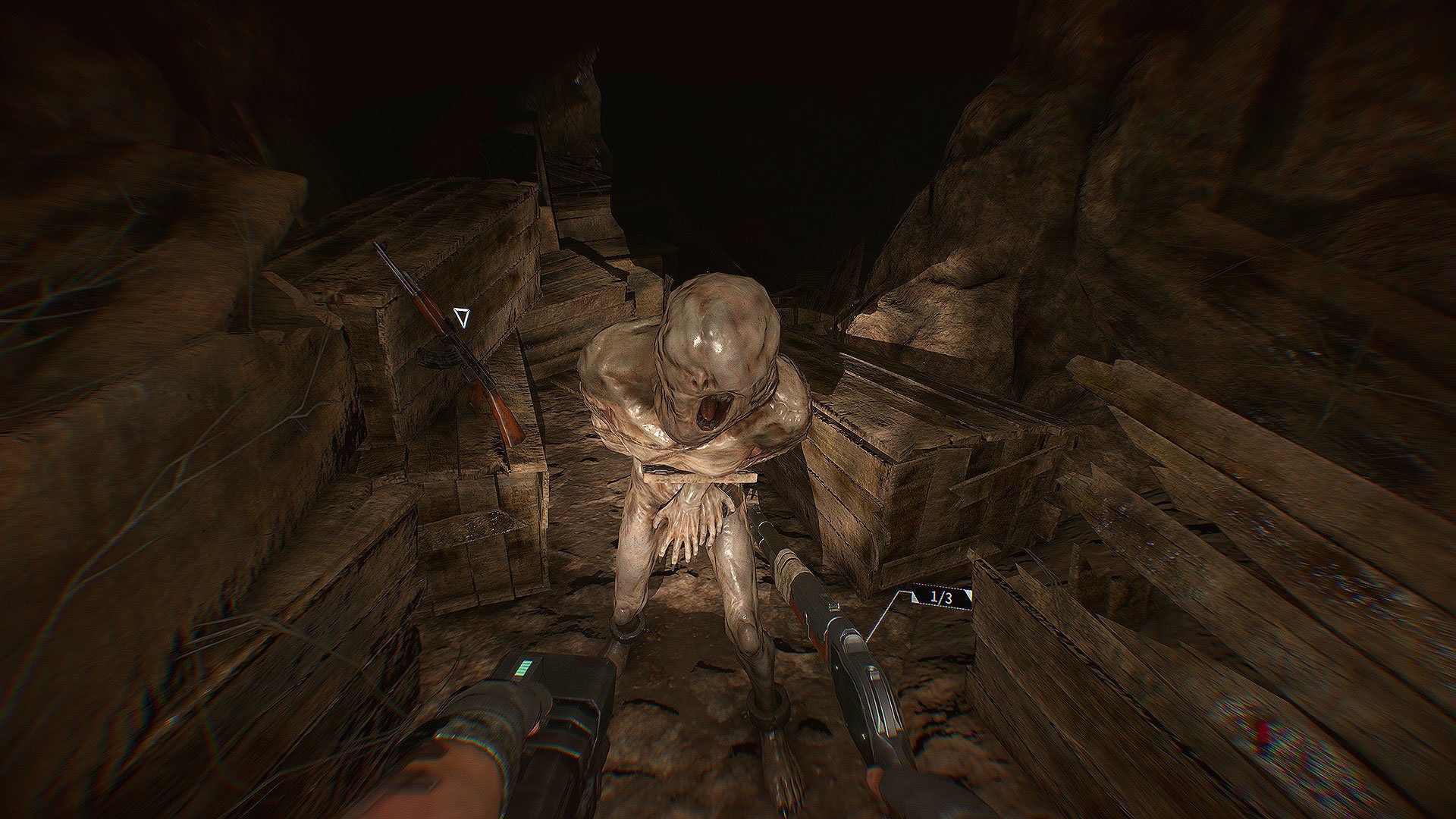 You will find a multitude of firearms, each with its obvious advantages and disadvantages, such as accuracy, fire rate or damage. We also have grenades, Molotov cocktails, axes- and a machete, which can serve both to defeat the enemies and to clear our way through the obstacles.

Immortal Legacy: The Jade Cipher offers two difficulty modes, easy and normal. We played in normal, and the truth is that we found it quite well balanced. At first, it costs a bit, but when you get the trick to the controls, you learn to move and use the covers you would not want to play it easier. 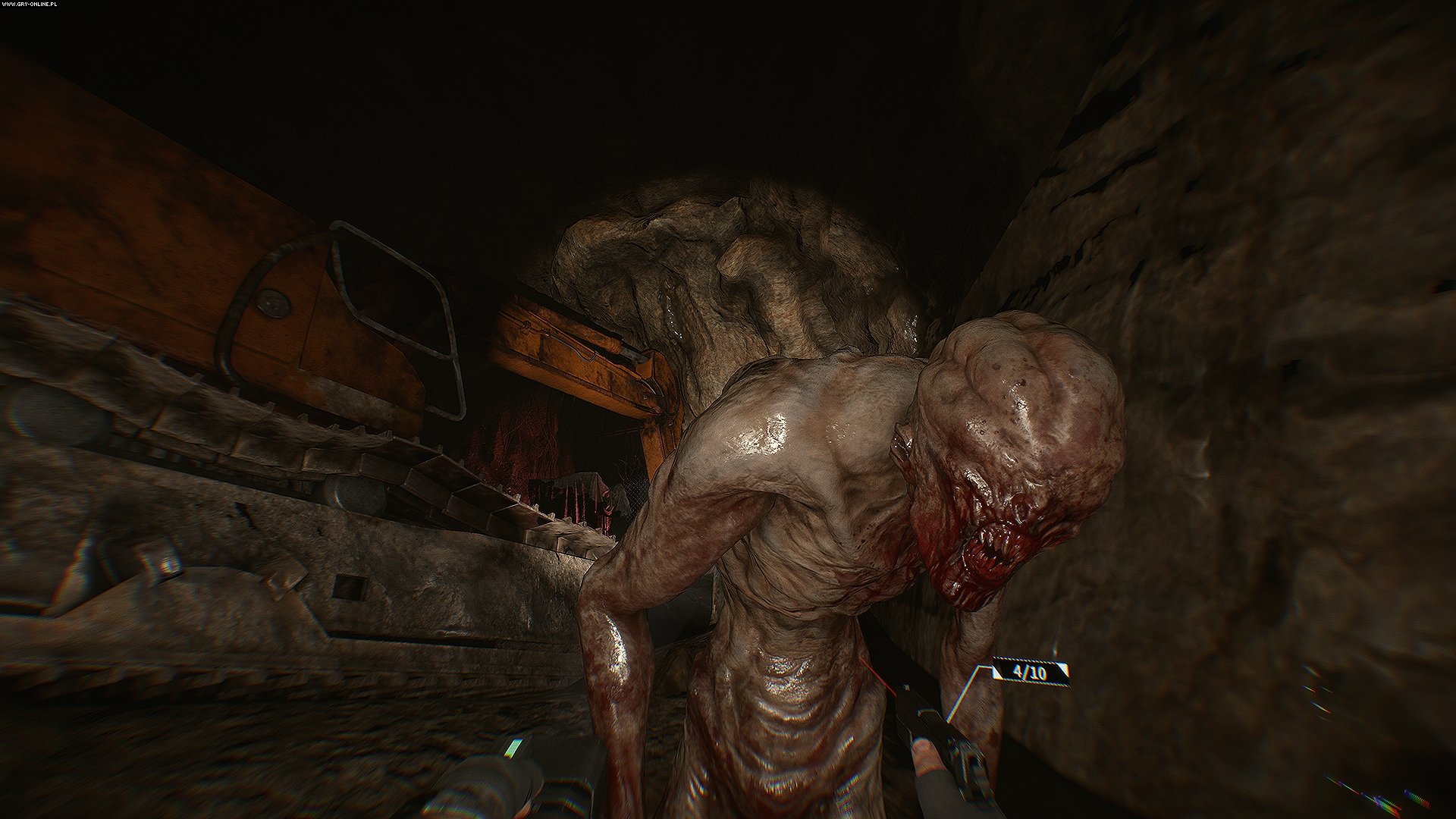 In addition, it is reasonably varied. It has its final bosses, and puzzles (some pretty ingenious),  and more moving sequences, its slower sequences, its moments of terror …The truth is that for a game of an independent Chinese studio without too much experience making such a high-quality VR game has surprised us.

The world around us

Immortal Legacy: The Jade Cipher looks reasonably good. It can not be compared to an overproduction or triple-A titles. There are little issues with the game such as your elbows goes straight down from shoulders(stays there), making your hands and arms movement look a bit strange. There is also a lack of variety in the setting since almost everything we see are rocks. There are exceptions, such as a temple or some underground areas, but in general, they could have tried to differentiate more areas, even if it was changing the colour palette. 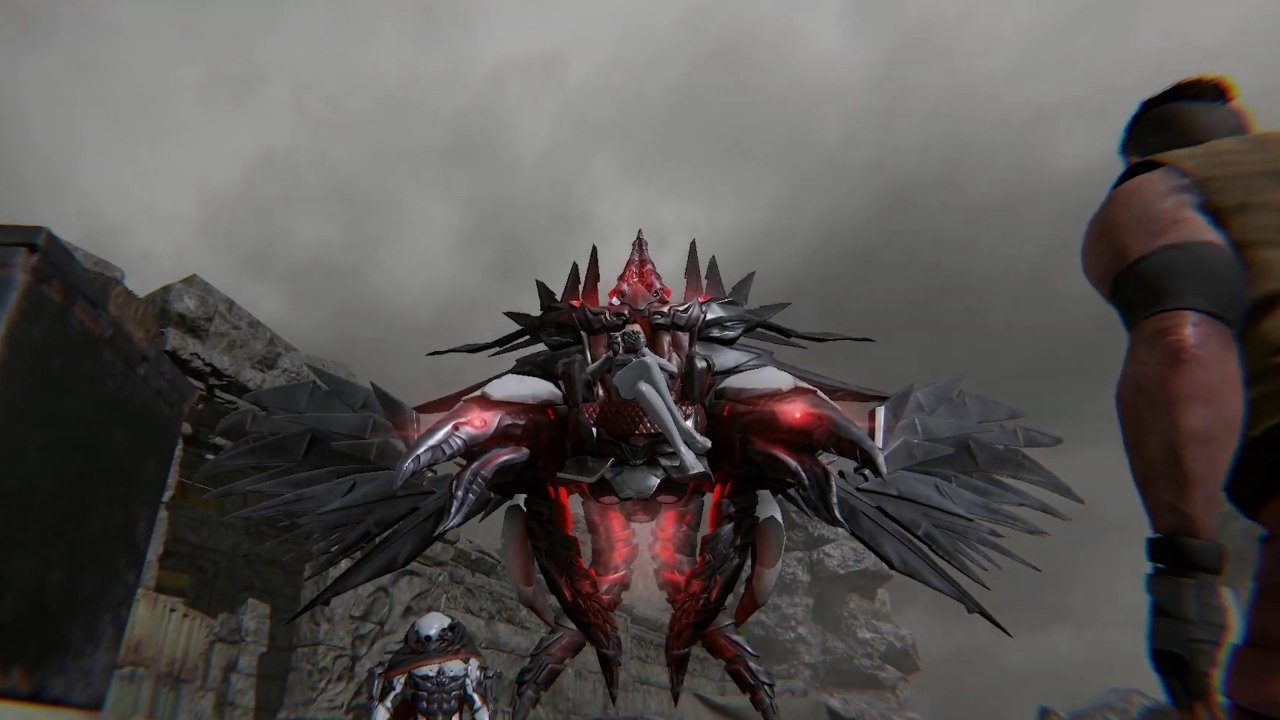 In sound, it is somewhat discrete but it fulfills its purpose well.  There are many details, such as listening to voices from the creatures in the dark to put us in tension, or very adventurous melodies that sound in moments of action. In general, it does not stand out but it is very good. 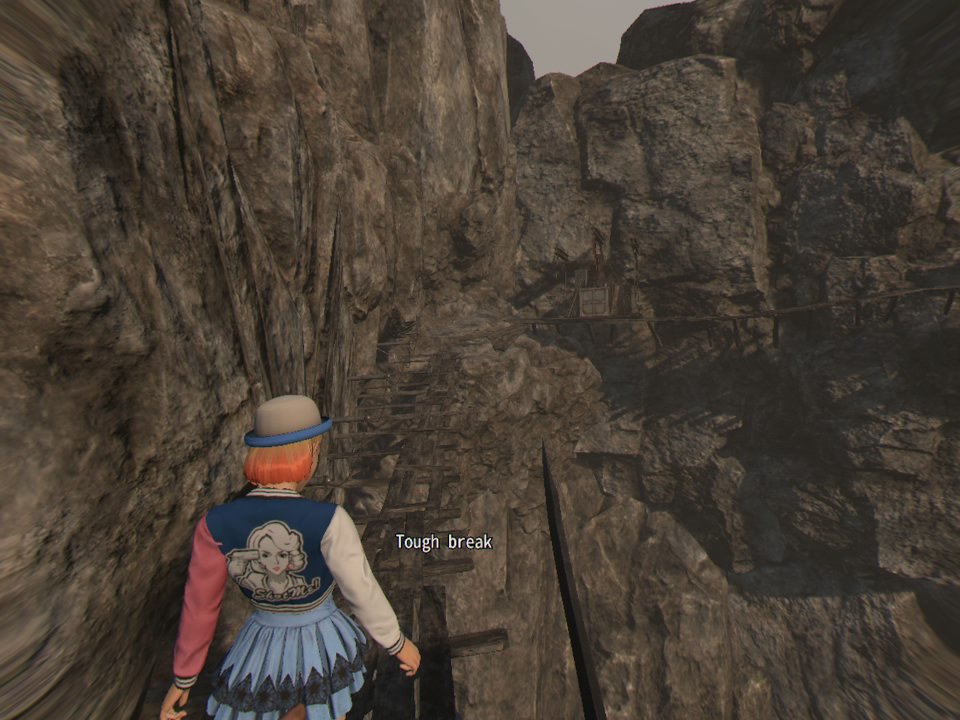 Sometimes, the simplest is what works, and Immortal Legacy: The Jade Cipher is a good example. It is not easy to do well, but VivaGames have managed to take a well-known formula, adapt it to a new platform and, what is surely more important, not to be ambitious. The result is a fun title from start to finish, with its clear limitations, but that will allow you to experience Nathan Drake with your PlayStation VR.

It is not a triple-A title, it does not have the values ​​of a high-production, the controls can be improved and the story will not mark you for life, but it is long (about six hours in normal and (if you try to get the collectibles), entertaining, varied and It has a bit of everything – shooting, exploration, climbing, scares, puzzles … -. It would be wonderful to see more control options and better inventory access, but if you have a VR headset then we think that you are going to have a great time with it.

We prepared this review on PS4 Pro with a  digital review code provided by Sony.