Slow, tactical and intense. Insurgency, title of a new first-person action game where being a team player is the key to victory.

Nobody can ignore the fact that this generation has been completely dominated by first person shooters, especially those who are focused on online multiplayer. The vast majority have tried to imitate Call of Duty while others have tried to differentiate themselves in some way or another to be part of this favorite genre. But almost all of them have sought to provide quick and direct action, without too many complications, so the more tactical side of the genre has been somewhat neglected. Insurgency, a title that began as a mod, just like DayZ, Counter-Strike, and many others, has finally become a  product on its own. It offers a very tactical, slow, and requires teamwork if you want the victory. Is it fun? Yes!

While the title includes a tutorial to teach basic controls but this won’t prepare you to what waits in the real battlefield. The first games you should expect to die a lot, yet it is normal to die again and again as you try to become acquainted with maps, weapons, and different mechanics.

In addition, the absence of a kill cam, the vast majority of the time you won’t know who took you down, so quickly you will begin to approach things more calmly, to look around corners before advancing to go with your peers to have someone to cover you and take all possible precautions to prevent your head blown off by the enemy.

Insurgency is a difficult game and not noob friendly, which may push many gamers to give up quickly and decide to return to rapid and direct action that’s offered by other games. The idea here is to encourage gamers to cooperate and continue improving their tactics, which will reach a certain point, that will reward you with all kinds of heavy gunfire and exciting games.

There is no radar or minimap to tell you the position of the enemy nor a pointer as a peephole to know where to aim, so it gives you a more realistic approach to the action, which will force you to learn to use every weapon. 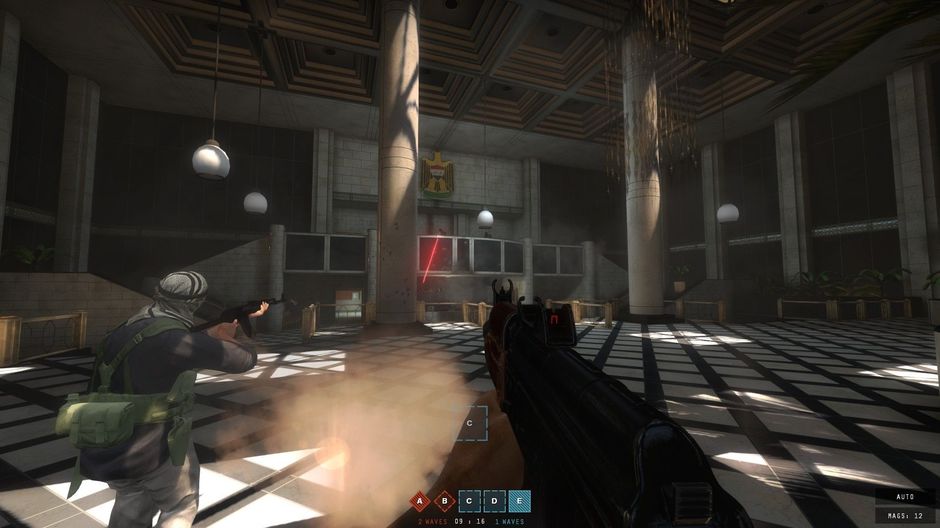 Insurgency offers squads. Both teams divided into two separate squads.Each supports a number of different character classes. This will give you access to a number of weapons, accessories and other objects and you can customize the class itself, although there is a weight limit that can not be exceeded. This personalization system designed very flexible, with many options and it’s quite balanced, although there is no way to save your favorite loadout.

Insomnis invites us to survive in the Castevet Mansion this Friday on PS4 and PS5
October 25, 2021