An entertaining game, with an interesting story from 3 different characters.

Compulsion Games made the jump to the headlines thanks to its previous work, Contrast, which was announced as one of the games with which we could release PS Plus on PlayStation 4. This title did not have a bad reception, but the hype when they announced their next game, We Happy Few, was much bigger.


All those expectations vanished when we learned that, in reality, it was another of the many survival games that proliferated at that time, but Compulsion Games listened to the players and, four years later, offered us that adventure that we expected. Or try it.

The little pill of happiness

We Happy Few is an adventure game (with a touch of survival) in the open world that leads us to a kind of retrofuturistic England , where society is divided into two: those who adhere to the system to forget their past and live always under the effects of a drug called joy, and those that do not, that live marginalized on the outskirts of cities among debris. 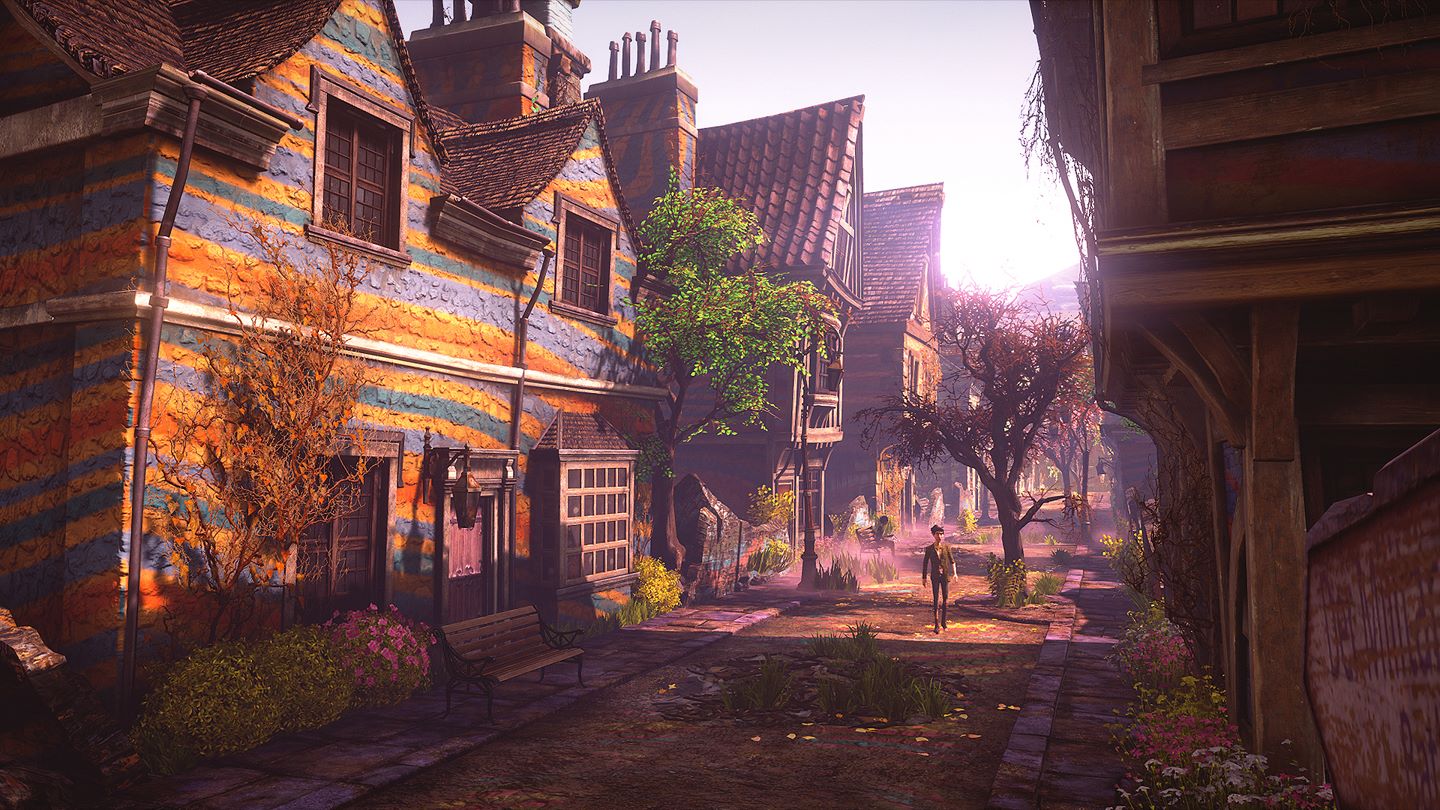 We will control three characters who, for different reasons, decide to recover their past, something that, inevitably, forces them to leave this drug. Of course, it was not going to be all that easy. Happy cities are full of sensors that detect if you have not taken the pill, which forces us to either take it or to look for other illegal or clandestine alternatives.

These cities also have a curfew, which will force us to go unnoticed or to hide during the night. Of course, there will be missions that we can only do once the sun goes down, putting our infiltration skills to the test. The infiltration, the truth, ends up being a plan B most of the time because it is not satisfactory and you end up fleeing from the enemies before. There are also … walks. Many walks. It is, in fact, one of the biggest problems we have encountered in the game. 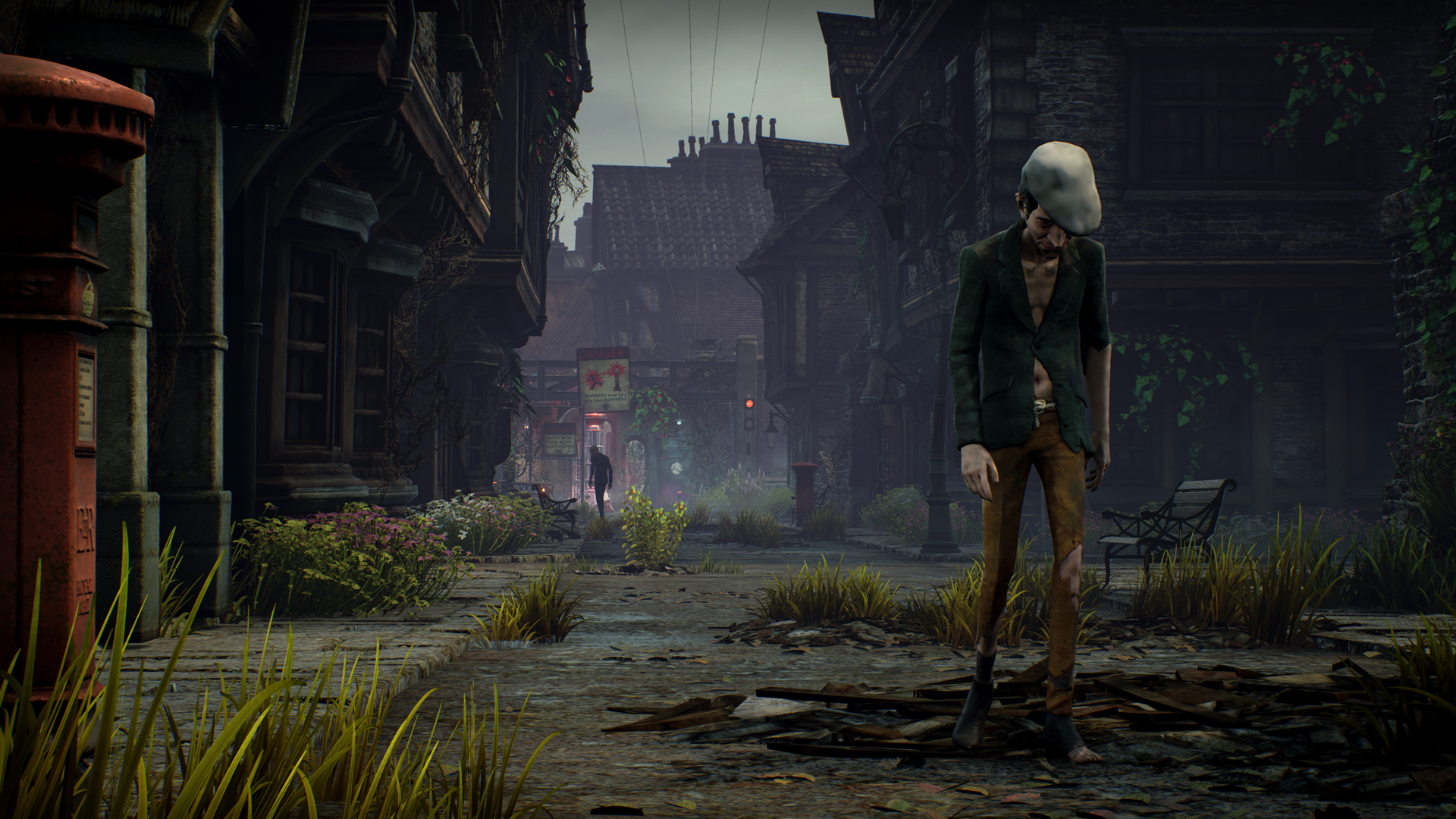 As we said, We Happy Few started as a survival game of those that were so popular a few years ago, but the team turned it into a game more guided and with history after listening to the requests of the fans. The story has been great and is very well told, but the basis on which they built it is that of a game of survival in the open world, and this translates into mechanics that no longer make much sense, endless walks in an area another to pick up items or loot with a character who can barely run five seconds without suffocating. 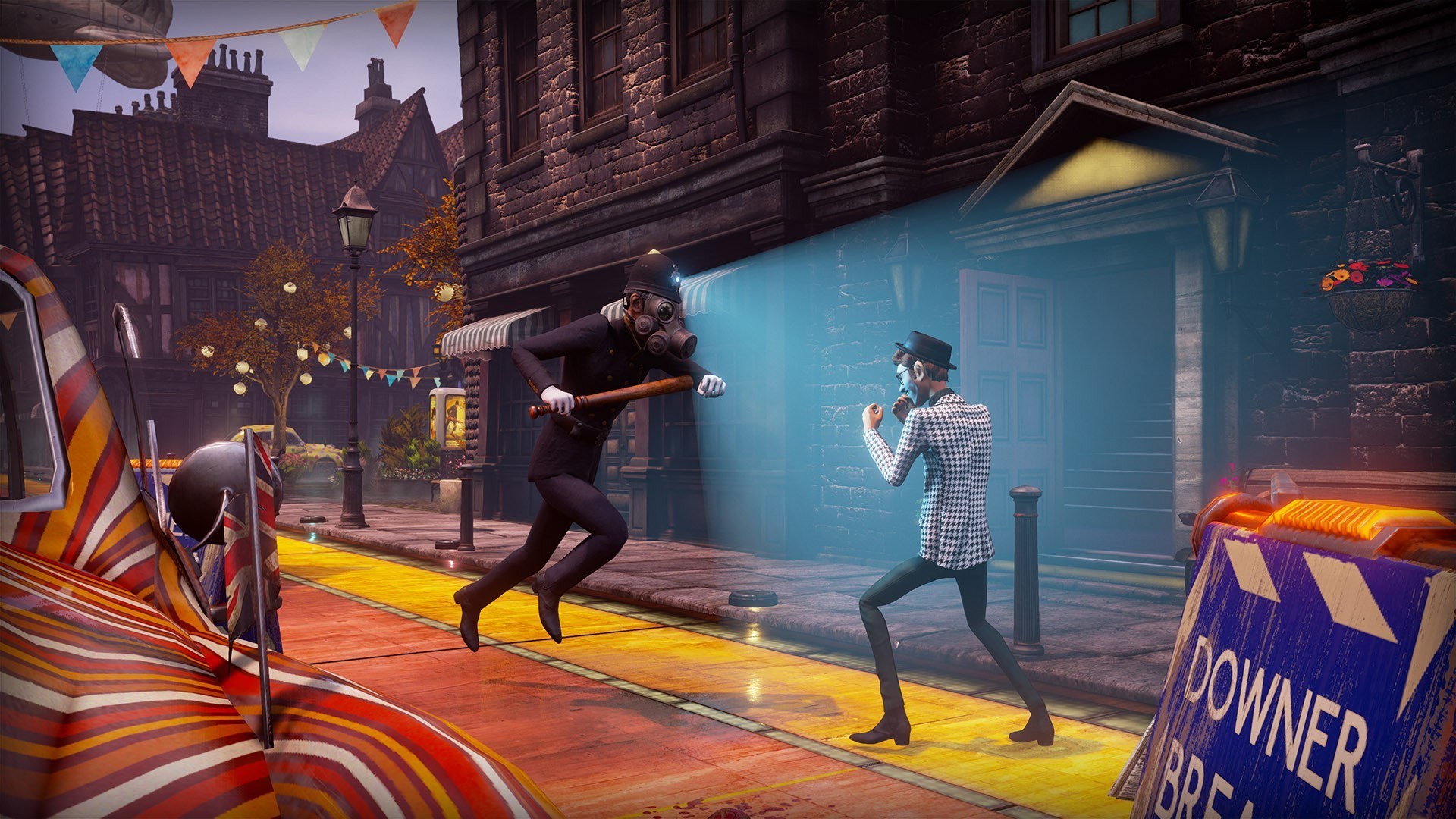 Even doing missions within a happy city can be tedious, since we can not run between people who are joyful (at least until we get a skill). If we run the citizens and the police will go on alert and believe us, we are not interested in getting into a fight. The combats are simple and scarcely pose a challenge while we are in numerical equality, although there is the occasional fight that makes things interesting. In general, the artificial intelligence of the characters is just to pass the day, and soon after we exceed in number we will end up running them until they lose sight of them. 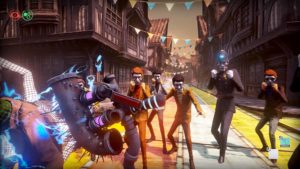 We Happy Few is a game of contrasts. When everything works well, it’s great. Even the simplest missions are enjoyed thanks to the charisma of the characters and the spectacular artistic direction of their stages, but from time to time we find sections or missions full of endless walks, confusing targets or unnecessary crafting, and it becomes a bit frustrating. Even so, we have been weighed more by the good than the bad.

About the artistic work that Compulsion Games has done, a little complaint we can put. It is a title that oozes constant personality, and that is also full of small details that can surprise us as we progress. It is something that contributes a lot to the experience and gets that the mere fact of walking through its stages is satisfactory. 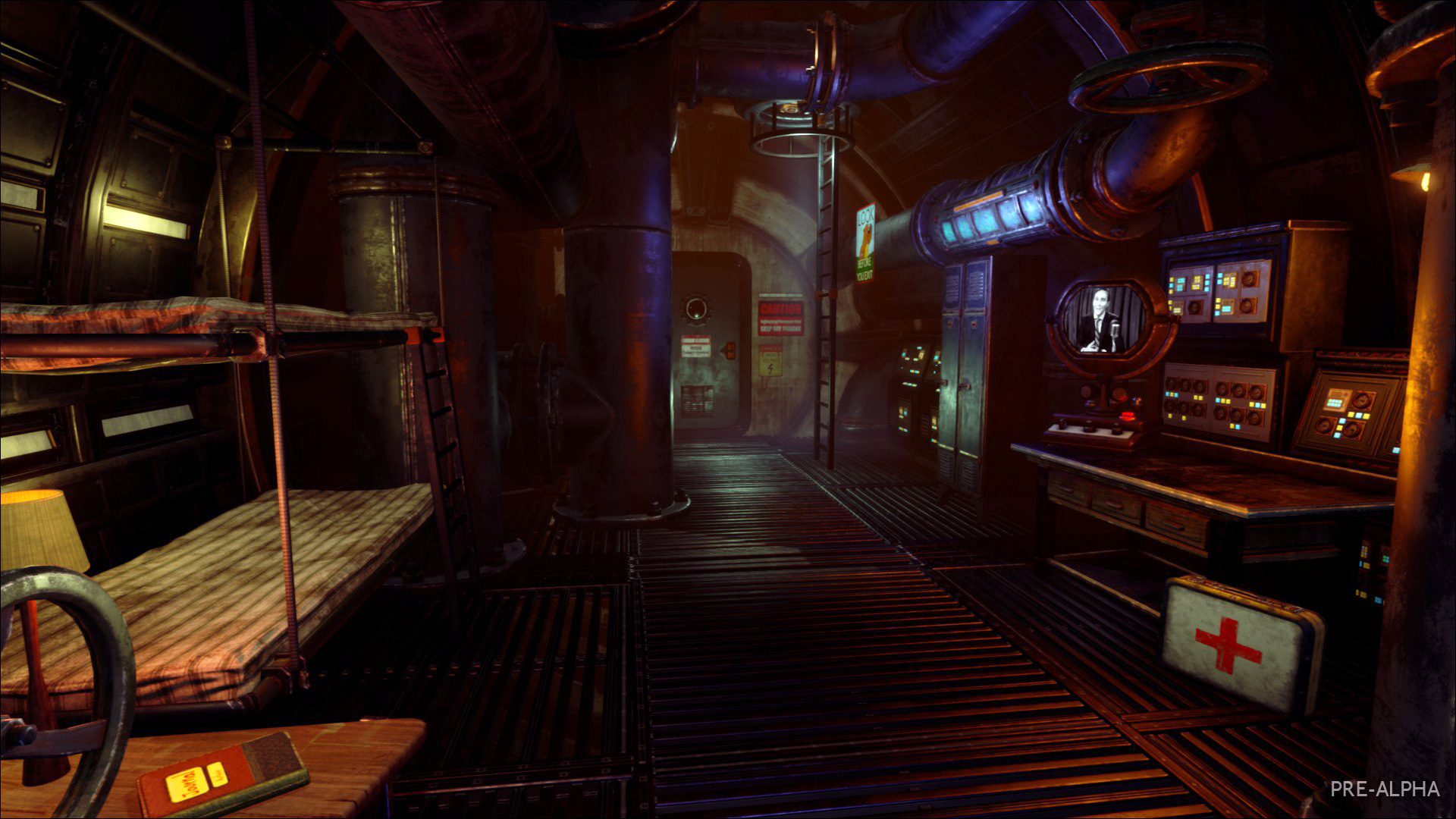 Technically, yes, we have ups and downs again. We’ve analyzed it in Xbox One X, where it works natively at 4K and at 30 images per second, but the performance is very, very poor, and we’re going to spend a lot of time below those 30 images, with areas that, in fact, They are closer to 15 . We understand that Microsoft encourages the studios (and more now, that they have bought Compulsion) to reach the 4K in their console, but if it is impossible to maintain a stable framerate they should introduce a performance mode or dynamic resolution. 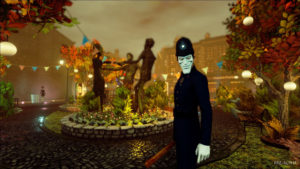 To achieve this resolution, Compulsion has also sacrificed many postprocessing effects that give We Happy Few a much more attractive section on PC, where we have also been able to test it thanks to Xbox Play Anywhere. Simply the effect of distortion of movement and depth blur makes it look much better and, for example, the fights are much more attractive thanks to it. In PC, in addition, it has many options, such as compatibility with monitors 21: 9 and unlocked framerate.

Also note that, in the sound, we have a very good job. The dialogues are an essential element to integrate with the culture of the inhabitants of Wellington Wells, and that will test your ears with many accents of the island. The music is also great, although more discreet.

The beginning of something big?

We Happy Few is a game that a couple of months would have come great. The multiple bugs that it has and that the survival mode is not yet available are a sign that it has come out a bit earlier than it should, but the base it has is very good. There are things that have a little solution, such as the endless walks in which missions, but other things, such as artificial intelligence and the confusion that may result from certain objectives that have improvement.

Even with its little problems, we liked it a lot. History has enchanted us, the universe has caught us, and adventure has left us some moments that we will remember. Compulsion Games may have tried to cover more than you can squeeze, but we believe that the game deserves an opportunity. We recommend it to you, but we would also recommend you wait a bit for it to be polished.

We have reviewed the title on a PS4 Pro with a download code provided by Evolve PR.