Discover or relive a legendary title from the past; The remastered version of the amazing Shenmue.

Maybe the remastering of the first two Shenmue is forced by the pressures of Shenmue III – a game that Sega ignored and now would like to capitalize on the originals – but the end of the story is happy: Shenmue and Shenmue II are back. Players can enjoy these classics, legally, on three current platforms and with slight improvements, ending one of the most insistent requests of the community.


It is not the first time that Sega remastered its Dreamcast games, we have long seen Jet Set Radio, Space Channel 5 Part 2or the Sonic Adventure adapted to the high resolution, but the catalogue of the last console still keeps great jewels that do not they have been re-edited – for when Skies of Arcadia? -. The Shenmue was the most important debts of Sega with its public, and they have had to spend almost 20 years to see again this epic adventure of revenge.

My name is Ryo Hazuki. You killed my father … get ready to die!

The young Ryo Hazuki returns to his family dojo and finds an unexpected situation. His father confronts a man dressed in Chinese clothes, pressing to know the hiding place of a mirror. Ryo enters the scene but is easily defeated by Lan Di, who threatens to kill him; his father will have no choice but to confess the place in the mirror. Ryo saves his life while his father dies and the mysterious group of men disappears. Our protagonist will initiate an investigation that will take him to different corners of Japan and abroad, and until the announcement of Shenmue III, it seemed that the revenge would not come to pass. 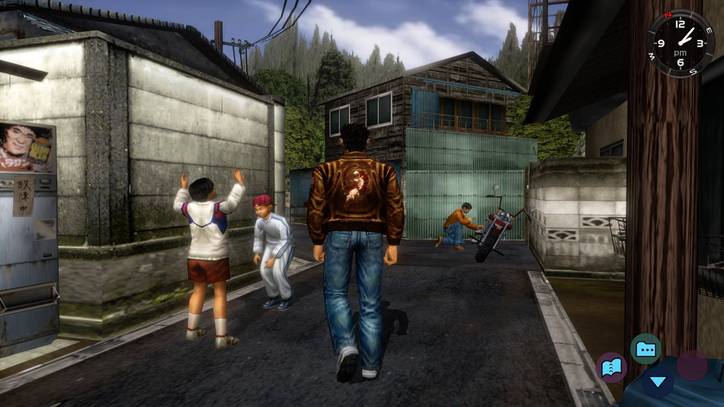 Although later we will talk about the work in the remastering, we must be very clear that when talking about Shenmue we do it from a game released in 1999 for the first 128-bit console, and its sequel, from 2001 -for DC and Xbox-. The definition of ambitious games falls short with the Shenmue , innovative games in many aspects , different and that could only create Yu Suzuki, one of the most important creators in the industry: the director or producer of OutRun , Virtua Fighter , Virtua Cop, After Burner II , Space Harrier , Hang-on , Virtua Racing… A legend of the 80s and 90s.

It is very easy to enter to assess aspects that today we could qualify as outdated, such as animations, a camera with a tendency to be uncomfortable in narrow places or the same control – either with a cross or lever – but you have to see all this with perspective and compared to what was done at the time in consoles or PC: there was nothing remotely similar . In fact, we recommend the original analysis to check the impact and surprise that were at the time.

Shenmue also was not easy to pigeonhole into a single genre. It was a bit the foundations of open worlds, although this has to be nuanced a lot – they are linear in their history and the first Shenmue does not stand out precisely because of the dimensions of the map. They took some of the graphic adventures, of the role, of the social simulators- each character follows a routine with the schedule and we can talk to almost everyone-offered minigames, fights with a style inspired by Virtua Fighter and a multitude of cinematographic sequences. Yes, it also made fashionable the Quick Time Events, a way to make interactive the cinematics that later would follow many other games in later years.

This level of detail and apparent freedom of Shenmue made the breakthrough franchise, you could not find something similar with three-dimensional graphics. No wonder his budget was crazy, the most expensive game to date, something that condemned the saga to become a commercial failure, despite decent sales for the Dreamcast market, and probably accelerated the end of Sega as a console manufacturer. 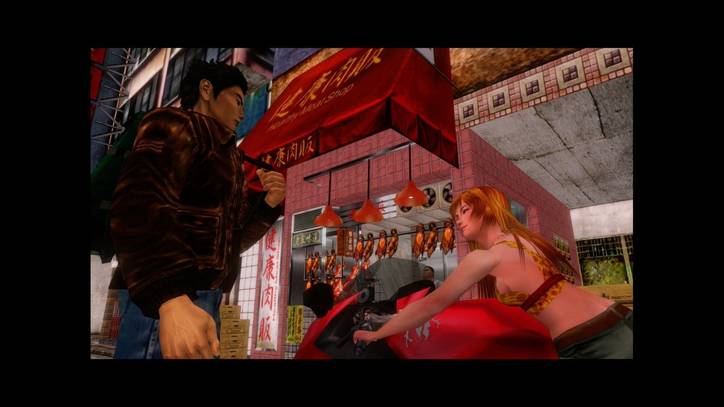 More than the playable mechanics, mainly of conversation and investigation, what turned the Shenmue into cult games was their level of immersion. Money management, obtaining work, the importance of time, changes in climate or interaction with the environment put us squarely in their world. Sometimes it was “too” realistic, and that meant that many events only happened at certain times of the day or night, and if you arrived earlier or later you had to make time with other activities. He made sacrifices in the gameplay to favour the credibility of his virtual world.

Its paused rhythm did not like and does not have to like, all players, especially those who like playing titles where the weight falls on the story, charisma of characters or setting, and not as to the proper gameplay. Admittedly, aspects such as combat have aged badly, however, due to the narrative and research, time does not pass and Shenmue is still very entertaining. 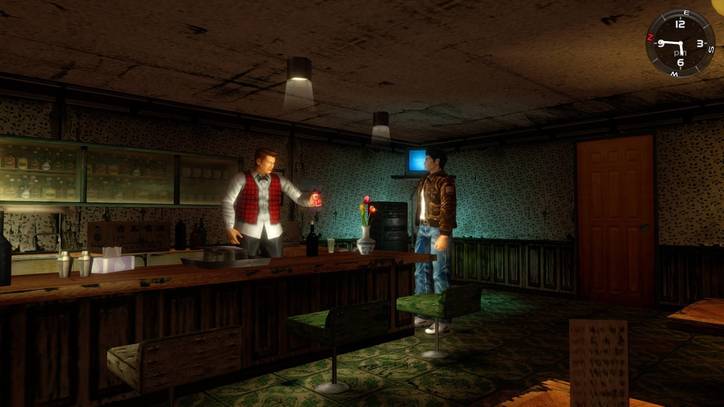 Also keep in mind that they are not plagued by current vices, there is no screen marker to indicate your next goal , your clues are collected in a simple notebook: it is an adventure to enjoy with every walk, without pressure, asking the population if they know Japanese, by the name of a street or where the sailors roam. Nowadays, an overproduction of this type is unthinkable if it is not accompanied by shootings or action every 10 minutes.

Shenmue II took us to new locations -starts with the arrival in Hong Kong- and followed the same scheme as the original, but Sega’s experience was noticeable in a much better rhythm, more epic, with more variety of situations, better characters secondary, larger neighbourhoods, the option to wait for events or buy maps, among other changes. For many, the culmination of the Shenmue formula .

The version of Xbox – which is the base used by Sega – allowed captures to be taken and applied some new graphics effects, although interestingly, it already began to receive some criticism in its launching for a graphics section that was becoming outdated in comparison with the most advanced games of the other 128-bit consoles. Of course, artistically Shenmue surpassed the first and is still a portent for a console that shared years with PlayStation and Nintendo 64.

Between the remastering and the ‘port’

The remastering of these two Shenmue is very basic, more typical of what was done a decade ago with the first remasters– barely a rise in resolution – than the current trend, which is practical remakes with totally reworked graphics. 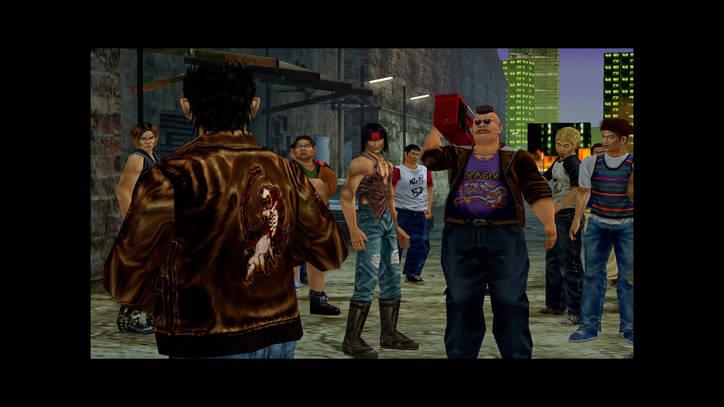 Yes, there are some technical differences, including the activation or deactivation of the bloom effect -the flash on illuminated surfaces-, some textures seem to show more quality and both benefit from reduced load times -only a couple of seconds-. On the other hand, and as already announced, this conversion uses fictitious trademarks instead of those licensed in Japan, and remains at 30fps ; Many classic games are programmed with this speed and it is not easy to double the rate of images per second without creating new errors, it is not a question of power.

The question is that Shenmue I & II seeks to be so faithful to the originals that it plays very little in gameplay, graphics or sound to make it more comfortable to play now. Being one of Sega’s flagship ships, it is a missed opportunity to add official translation – it comes to us in several languages, given the importance of the conversations, or revising the sound effects, as the voices of the first Shenmue they sound low quality and there does not seem to be a good balance between noise and music – values that we can at least adjust independently.

It is also a little shocking that you do not take advantage to add content, and we do not only refer to Shenmue Passport, but some kind of It was done, exclusive interviews, art galleries, etc. A saga that has remained in the memory mainly for its tireless fans deserved a special treat for collectors, or to give a historical framework to the players who discover Shenmue.

Not all bad news, of course. The emotionless interpretation of Ryo in English – it has no blood in the veins – can be replaced by Japanese voices, helping to improve the Asian setting of these stories. We can also play it in 16: 9 widescreen format, although it passes to the original 4: 3 – lateral bars – during the cinematic. The interface has been redone to adapt to the new resolutions and, of course, have a system of achievements/trophies that can be an incentive to squeeze the games. 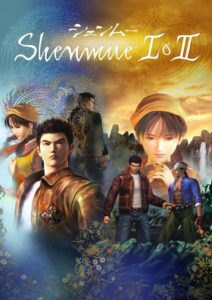 The Shenmue had divided the players in early 2000 between those who loved the genius of Yu Suzuki – for many are their favourite titles of all time – and those who considered it the tedium turned into digital entertainment, a “simulator of losing the weather”. It is undeniable that they have their virtues so that almost 20 years later they are so remembered: falling into indifference is not precisely the defect of Shenmue. We loved the saga, but we are aware that it is not for everyone and never intended to be.

Some advice for those who sign up for the first time to this experience, which we hope will be many: control expectations, forgive their shortcomings, understanding that they were ahead of their time in almost all sections, avoid guides as much as possible and give a second chance if you do not finish connecting with him. The more you play it, the more you will enter the world of Shenmue, and it is likely that Ryo’s trip will leave an indelible memory.

We have prepared this review with a PS4 download code provided by Sega.

Insomnis invites us to survive in the Castevet Mansion this Friday on PS4 and PS5
October 25, 2021
Average User Rating
0
0 votes
Rate
Submit
Your Rating
0