Nintendo continues to bet on bringing many of its recreated games for previous consoles to the Switch. And the most recent to do so is one that many find quite unexpected, Miitopia, a work that appeared in its day for Nintendo 3DS and that the Big N wanted to convert for its hybrid console. And we are not too surprised given how well relatively similar works in some aspects (familiar tone, sympathy, etc.) are working on said machine as Animal Crossing: New Horizons, to give a good example (it has more than 30 million units sold ). A very familiar title that has a truly simple playable layout as we will discuss in a moment.

A role-playing adventure that captures a sympathetic and entertaining story, although it is certainly not one of the most brainy and complex that we have ever enjoyed in a title of these characteristics. It turns out that the evil Archmage has stolen all the faces of the inhabitants of the world of Miitopia, so we have to try to recover them, being necessary to travel to a multitude of different areas that are full of enemies and secondary characters. An excuse like any other to make the most of the main attraction of this production: the possibility of creating all the characters that come together in the game (including the Archmage himself and the non-controllable characters) using the Miis creation tool. An editor that has been quite enhanced in relation to what is embodied in the original title and that allows us to create famous characters from the Big N (or the world of video games in general), footballers, neighbours and close friends, family, etc.. 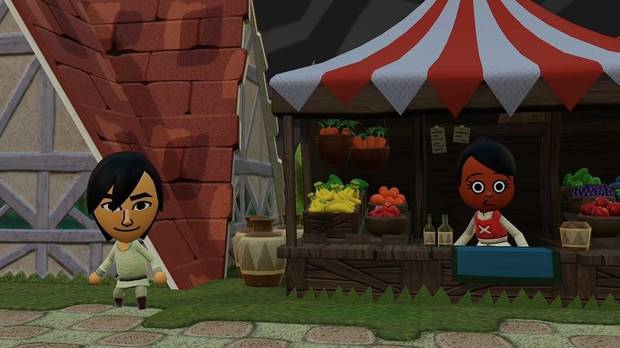 An RPG for all audiences

The intention of the developers with Miitopia is none other than to create a more or less traditional role-playing game that serves as a gateway for those users who reject the genre due to its complexity, density and other common characteristics of RPGs. And how have they dealt with this? Well, simplifying the vast majority of the aspects that have to do with this genre and that have been integrated into this adventure, starting for example with the combat system. One of the fundamental ingredients of this type of proposal that has been well represented… but with some nuances. 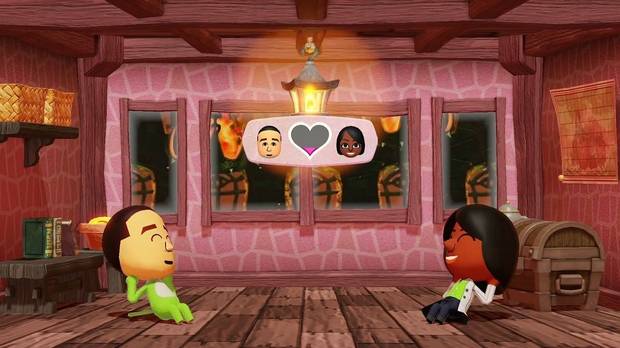 These battles take place in turns, and during them it is possible to carry out the actions typical of the genre … but in a much more limited and, also, automated way. In fact, and despite the fact that several characters meet during them, in reality, we only control and decide the maneuvers of a protagonist, while the console itself is in charge of guiding the actions carried out by the rest of our colleagues. Logically, this strips the confrontations of the depth and strategic load of traditional turn-based combat, a fact that regular players of the RPG genre will not like the least … but, on the other hand, the most novice users will surely They will greatly appreciate this simplification.

A similar treatment has received (to a greater or lesser extent) the rest of the basic components that shape this work, starting with everything that has to do with the interaction between the characters. Said Miis, which by the way belong to a wide number of trades(clergyman, scientist, thief, singer, etc.) that provide them with their basic characteristics, they can improve their statistics and equipment as we progress. And not only that, since it is also very necessary to enhance their affinity. The right place for all this is the inns, which are located just after each phase and provide a lot of grace to the development of the game. And what about exploring the scenarios and interacting with the NPCs? Well, it is also well present … but, as you can imagine, it has also been significantly simplified, like each and every one of the playable elements that give life to the title.

All this results in an indisputably entertaining game, very entertaining and endowed with a lot of sense of humour. Of course, the orientation and purpose of this work are very clear, so the great connoisseurs of the role genre will surely find it too easy and simple. A game that remains very faithful (too much) to what was registered in the delivery for Nintendo 3DS, since beyond the new disposition of the character editor that we have already commented to you and, also, the integration of an endearing pet, a steed, there is not much more to say about the list of innovations introduced. And this extends to its graphic section, which is very nice and carefree but does not express the potential of the machine at all, to the point that, even, 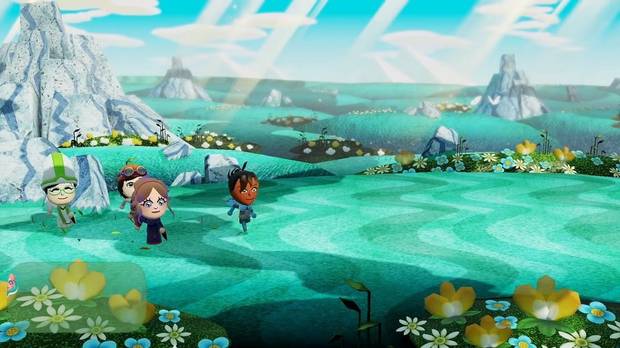 It is clear that we are not facing the most sensible, complex or absorbing role-playing game in the world, rather the opposite. But this is something that has been sought and that has been taken into account when conceiving and shaping the title (both this version and, above all, the original Nintendo 3DS). What the Big N intends with Miitopia is that those users who feel somewhat “intimidated” by all the possibilities, depth and complexity in the best of the senses that are usually present in traditional role-playing games, feel more comfortable with a title of this style but much more relaxed. Obviously, this has its negative consequences, such as more bland game dynamics and combat that is anything but tactical. But it is also true that other benefits, such as the possibility of creating an infinite number of main characters thanks to the Mii editor and the overflowing sympathy that the game overflows, partially compensate for these defects.

We prepared this review with a digital review copy of the game provided by Nintendo.