Ghost Games brings Need for Speed back while being entertaining, is unable to correct the problems of the series.

When EA founded Ghost Games, the idea seemed right on paper. Take Criterion developers (creators of Burnout and other games), Black Box ( Skate ), DICE ( Mirror’s Edge, Battlefield ) and Playground Games ( Forza Horizon ) and focus on working in Need for Speed sounded flat, but the reality is quite different. The studio has been developing bi-annual games for eight years, and instead of improving the product that Criterion left, they are getting worse. With each installment, we have the feeling that the saga is in the hands of unable to understand what is wrong and do something to correct it, and Need for Speed: Heat It is a glaring example of this.

Need for Speed: Heat is an open-world arcade driving game, which continues to squeeze the formula from its great grandfather, Burnout Paradise. Thus, just like the previous titles scoring the fist spot in races will get experience and money, which will help us, respectively, to unlock new parts and cars, and to buy them. We can also spend money on changing the appearance of our avatar, with different outfits from real brands. Needless to say, we have a vast amount of options to modify our cars, something with which tuning fans will enjoy the most. Parts to alter the body, neon lights, vinyl and even the type of driving. Modifying our car or buying more powerful cars will be essential to progress since the tests will require a recommended level of the car as we go. 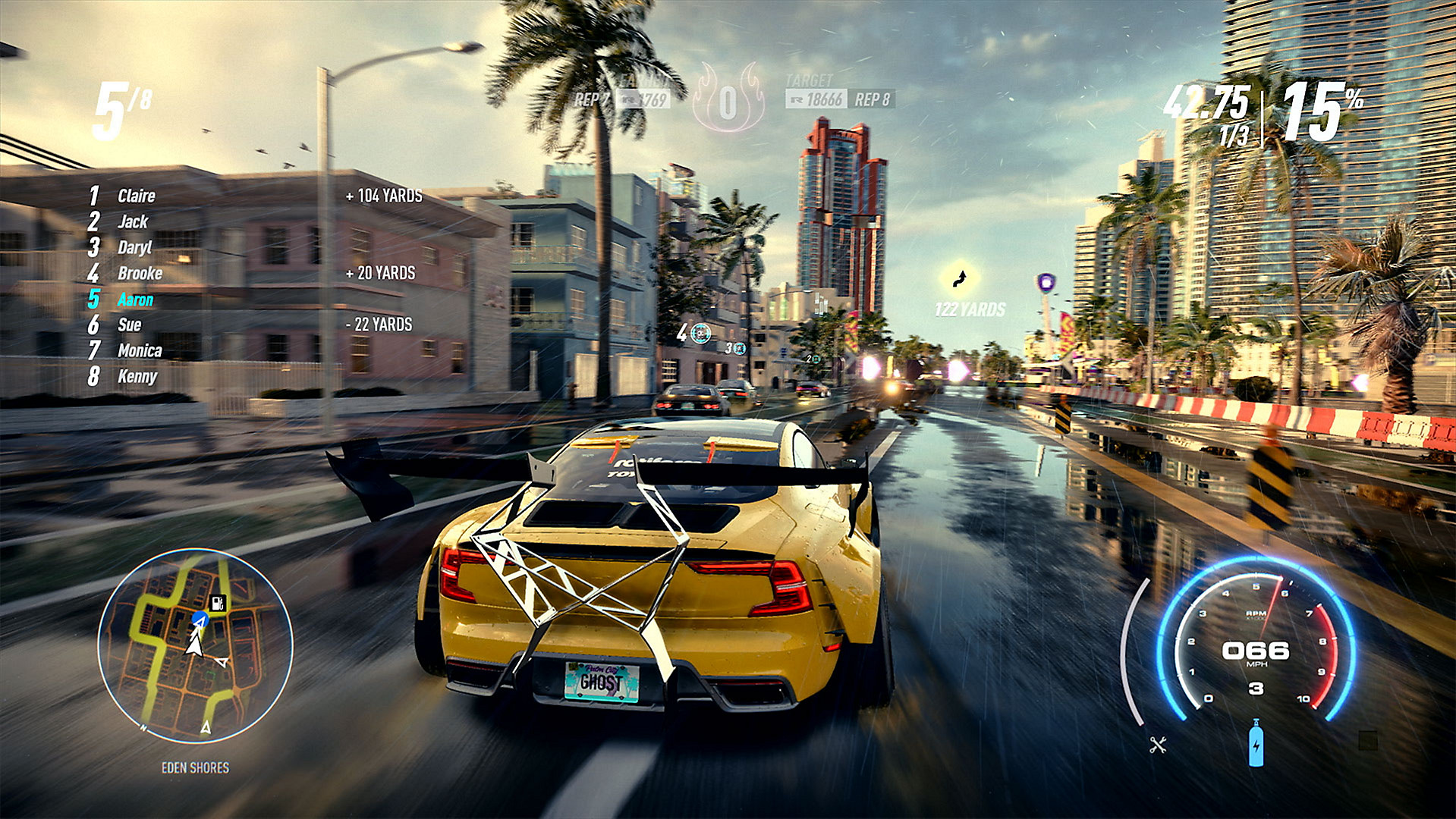 The adventure is clearly divided into two parts, daytime driving and nighttime driving. We can find different tests in each time slot, each with different rewards. In general, with the tests of the day, we earn money and with those of the night, we gain experience that does not apply to our character until we go to a garage. This makes the night the most exciting part since the police make an appearance and, if they stop us, they take away all the experience gained. This idea works well and gives a lot of intensity to the persecutions; We assure you that if you get caught after a few races when you are loaded with experience, you run away as if you were living in it. As we move forward, we unlock options to bribe the police or tools to complicate the persecution, offering a constant sense of risk and reward. 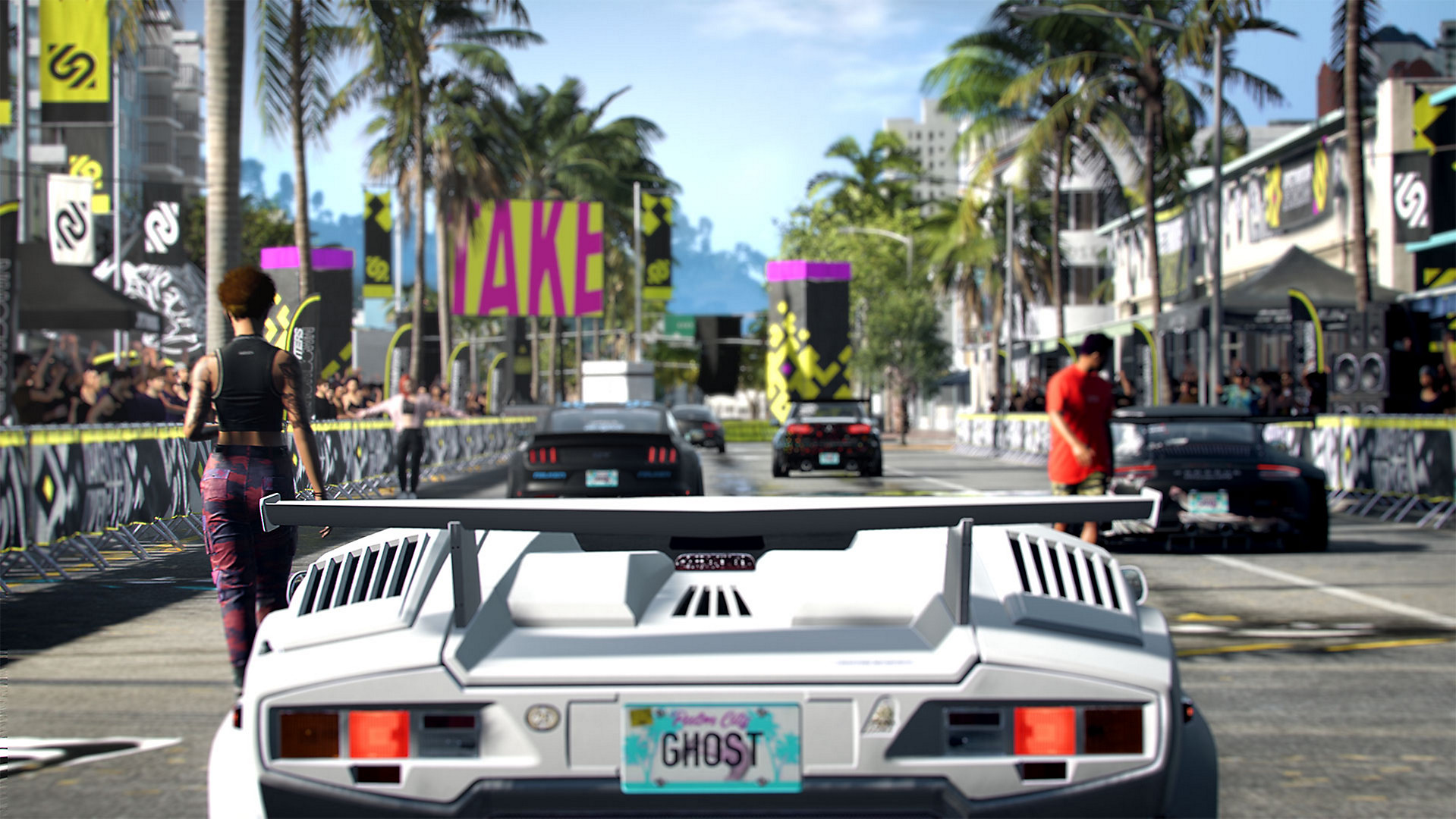 The big mistake is that Ghost Games does not seem to see that the main problem with the series is the playable core. The races are tremendously similar to each other, and it takes too long to introduce new types of careers. It is a tremendously slow progression system, in which you spend too many hours playing the same kind of races. For example, in Forza Horizon, you are continually changing terrain and car, running races of different types and with a constant sense of discovery. Here you spend a lot of time with the same car (it is more profitable to improve it than to buy a new one), joining races that do not try to contribute anything new to be able to improve it and be able to do the next mission in history, and it becomes tremendously repetitive. Driving mechanics are still entertaining, and it’s easy to drive for hours, racing and competing the little challenges spread across the map, but it’s like music: there are songs that you enjoy and want to analyze every note and songs that are good as music only as background. And Heat is background music. 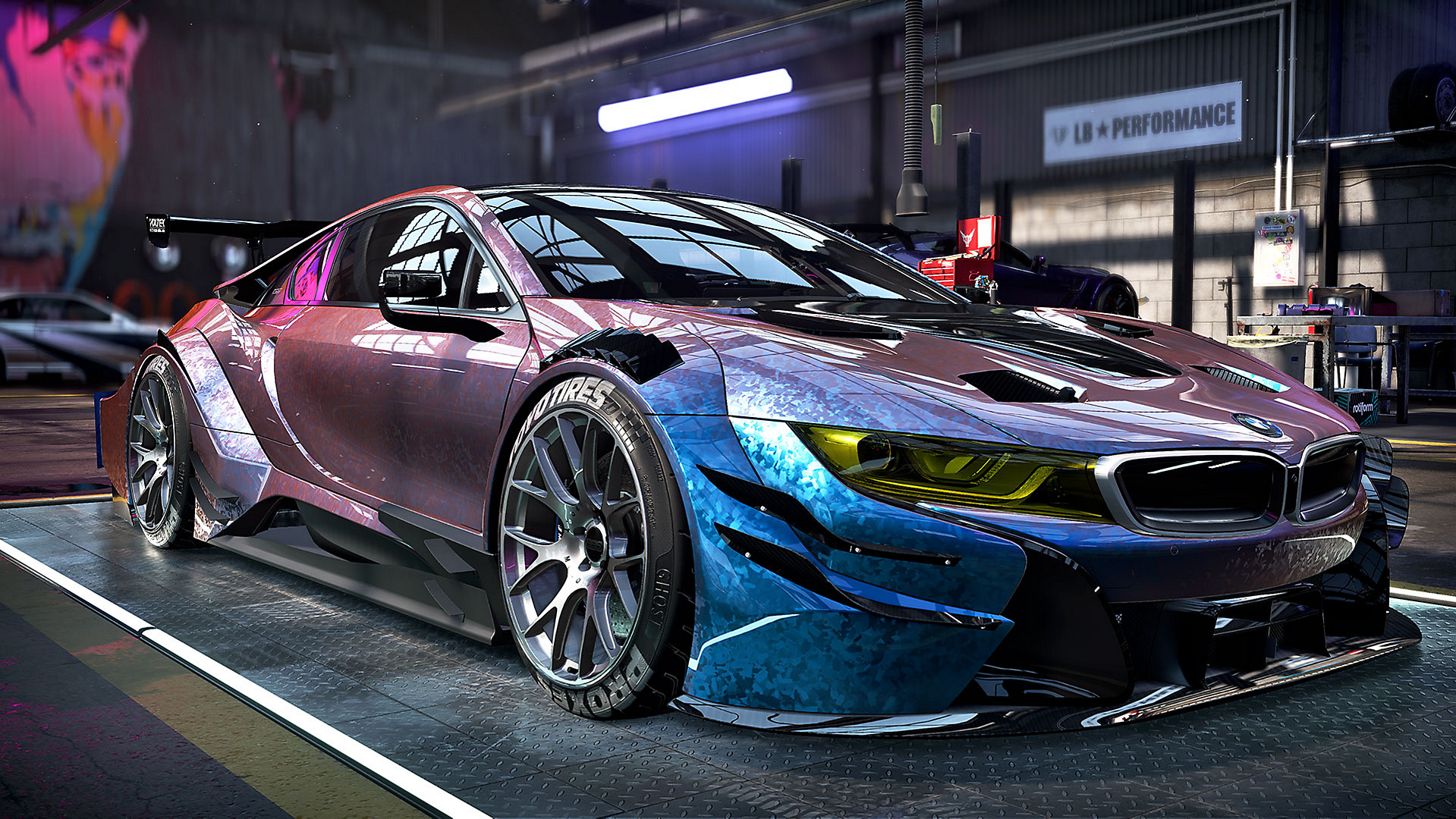 Of course, there is a story that brings nothing, and that every time seems more unnecessary. It’s okay to implement a narrative thread to connect the evidence. Still, knowing that the game suffers from several shortcomings, we wonder if it would make no more sense to invest that time and that money in designing new types of tests, for example. 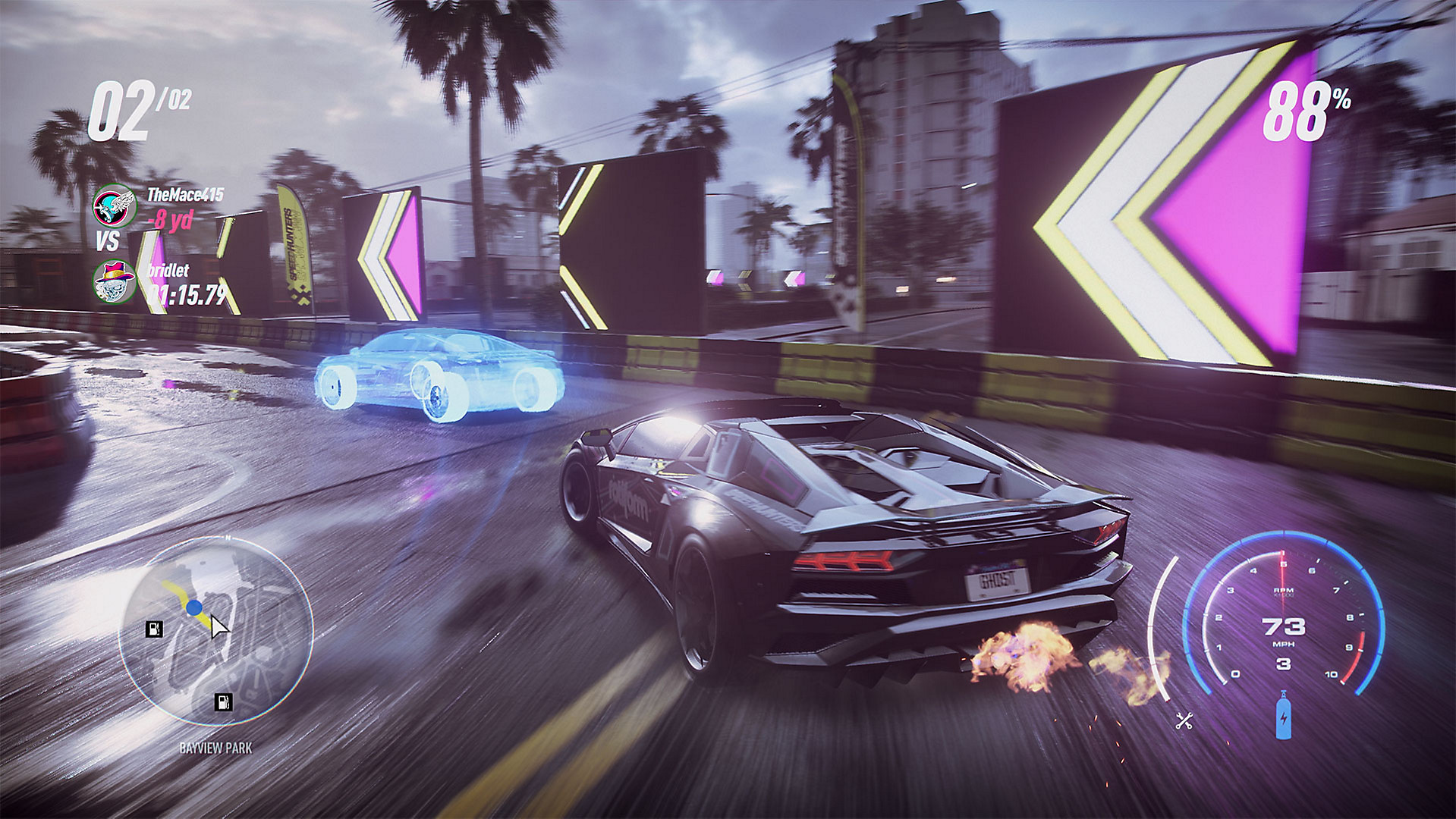 A vital element of a driving game is obviously driving. It is a very arcade title, where the key revolves around the skid, which is “activated,” so to speak, releasing and pressing the accelerator. At first, it is a bit strange, but once you catch the trick, you play quite well. It is not the most refined driving, and it is missing that cars react differently depending on the surfaces (for example, when it rains and on dry asphalt), but it does its job. Although the highest difficulty offers a reasonable challenge, in the end, it all depends on our car. We have to always look for tests that adapt to the level of our car so that it does not become too difficult or too easy, so the difficulty we mark it ourselves when choosing the test. 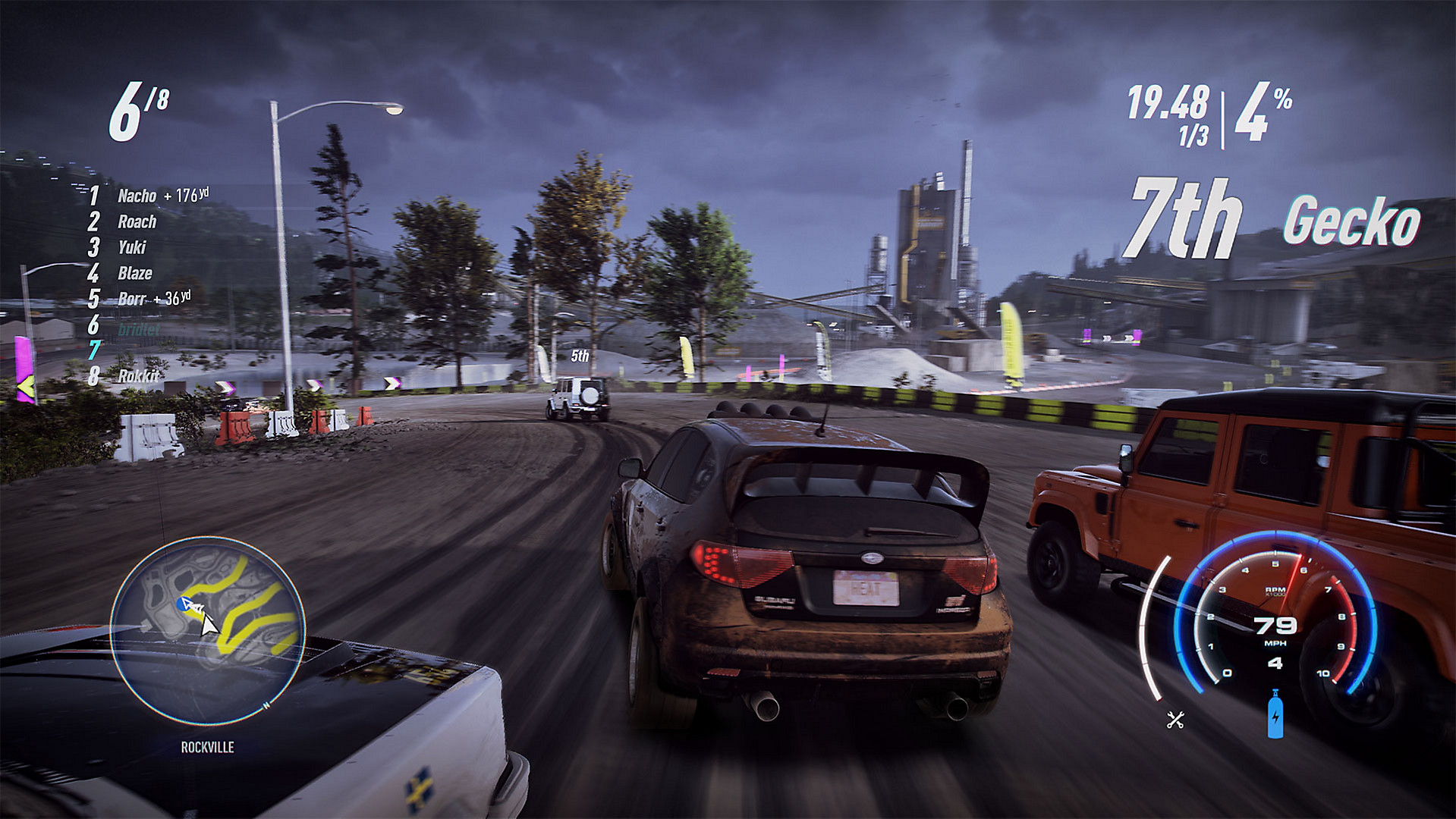 To jump into the street, from the first moment, we have two options: play alone or play online. In addition to obviously not sharing our world with other players, playing alone gives us an exciting advantage: to pause the game. The multiplayer puts us in a world shared with other players or with our friends. Thus, we can compete in the same tests (not in the history mode) as long as we are at the same time of day. If we play online, when we start a test, we can invite our group or all the players that are in the world with us, and they can accept or not, and after a few seconds, the game will begin. It is a reasonably limited mode, but it is always appreciated to see a more lively world with real players. 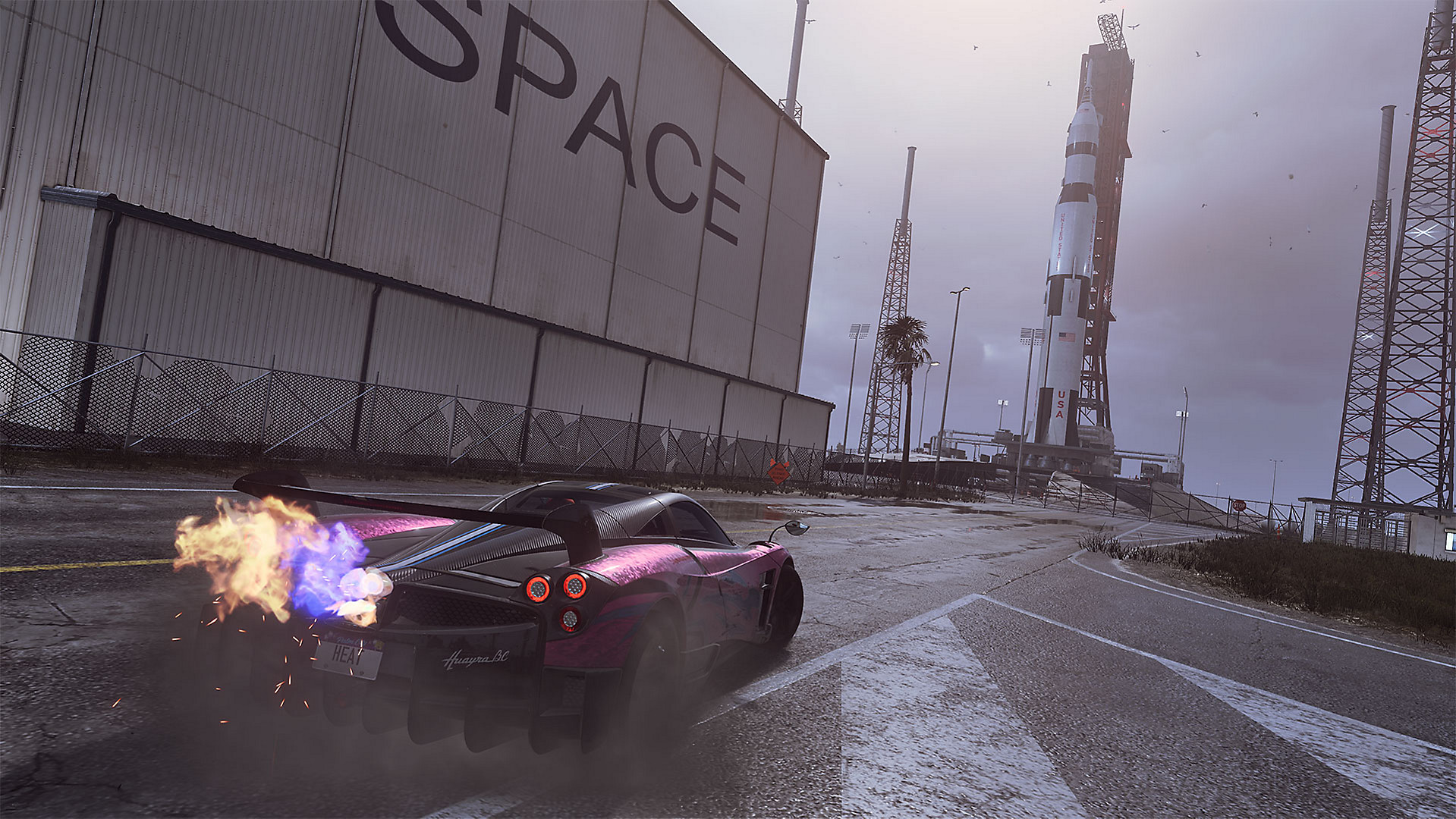 Need for Speed: Heat uses the versatile Electronic Arts Frostbite engine, and the results are positive, although with some irregularities. At night, the game looks great, and the neon-coloured artistic design feels excellent, but during the day, there are quite a few shortcomings. With the sun outside, in general, we find areas that look great, and times of day in which the lighting is very colourful, but there are also areas where the poor draw-distance reveals very low-resolution textures or moments in which the lighting sins flat. We must highlight the implementation of the HDR, which seems to us that it contributes a lot to the set, although it has no configuration option, so we can only pray because it fits well in the specifications of our screen. As a note, it works at 30 images per second, but we don’t think it’s a problem for driving. 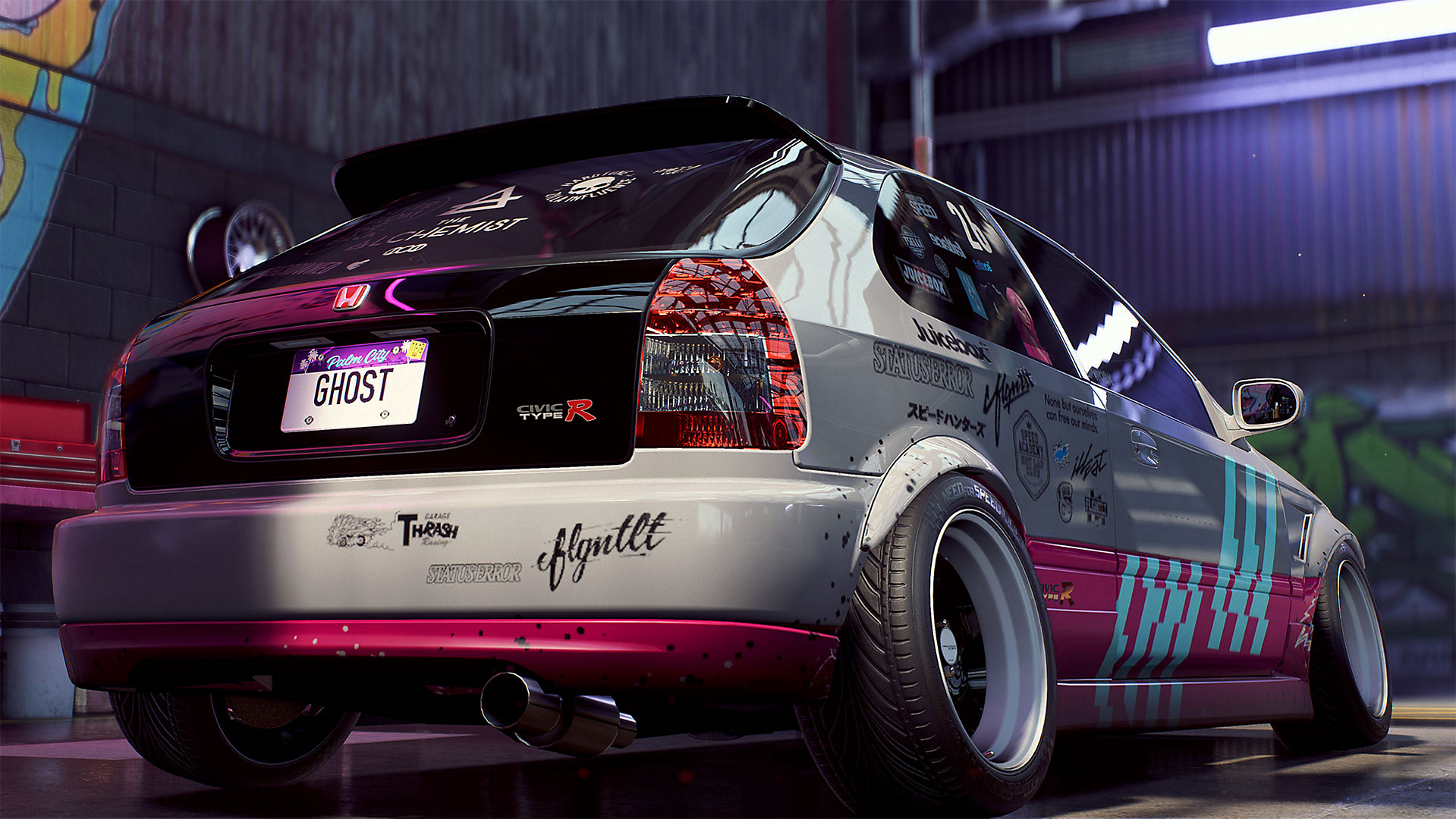 In sound, the game is cautious. In the workshop, we can roar the engine simply to hear how it sounds when modifying it, and we can even adjust the noise of our exhaust pipe. It comes to us, as usual by EA, and we must recognize that they have done an excellent job of adapting the street jargon of this type of game without sounding ridiculous. Of course, the voice of the male protagonist (you can also choose a female one) does not stop convincing us, since it sounds a bit reluctant as if life were being played in illegal races because they have cancelled another better plan. To top it off, we have a licensed soundtrack that fits perfectly with the atmosphere, combining reggaeton with hip hop and electronics to add a remarkable list of almost 60 songs. 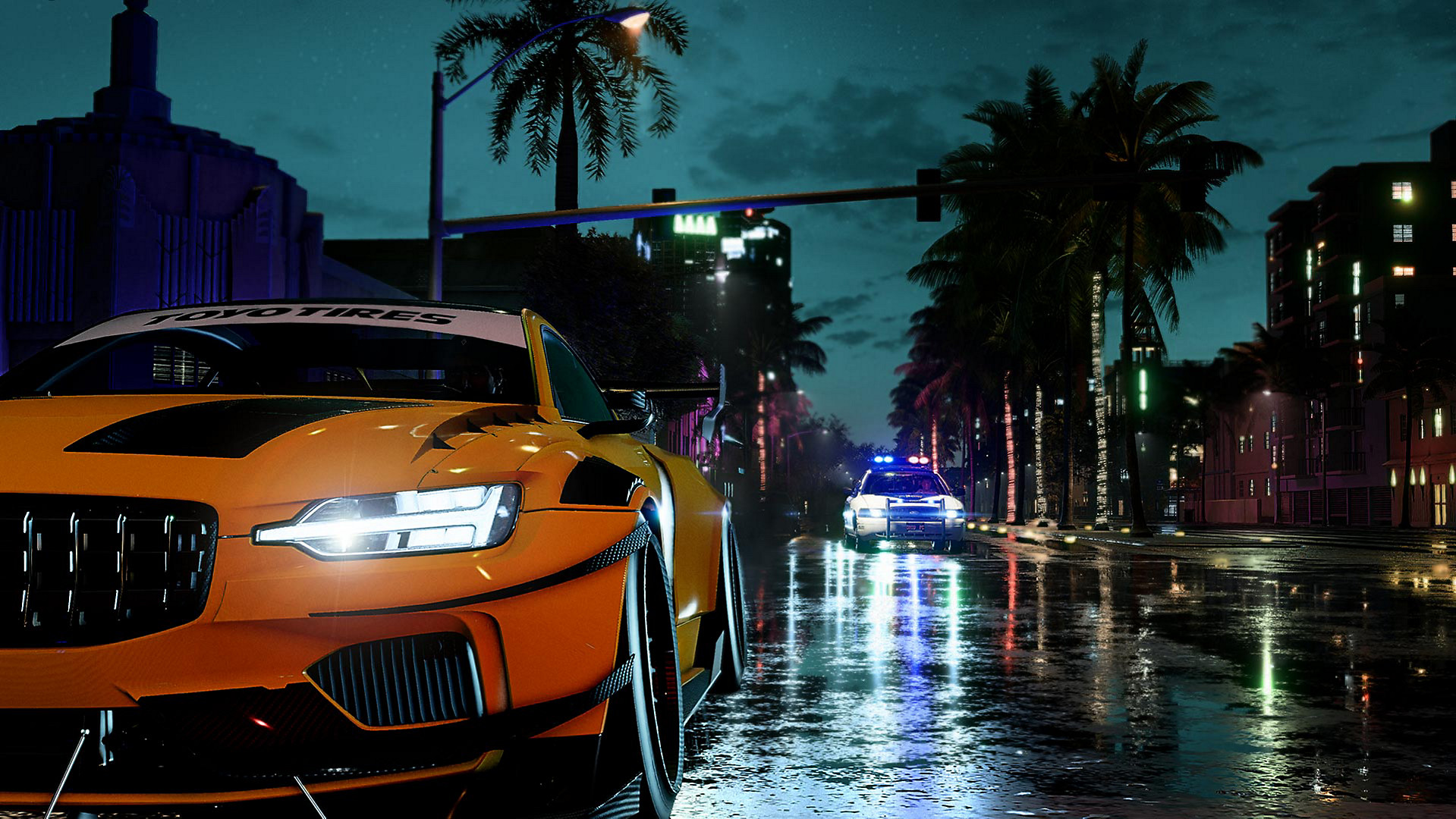 It downhill without brakes

perhaps, after reading this text, the sensations are very negative, when it is true that Need for Speed: Heat does some things well, and, after all, it entertains. Still, as great fans of the saga and driving in general, we are disappointed to see how Ghost Games is unable to regain control. Each title they take receives lower scores, and the study seems unable to react; instead of trying to correct what is wrong, they get something new, hoping that this distracts us from the greater evil. Hopefully, in two years, to celebrate its tenth anniversary and to debut in the new generation, Ghost Games can prove its worth with a delivery at the height of the best Need for Speed.

We have prepared this review with a digital review code for the PS4 Pro version provided by Electronic Arts.