Revelations comes to Xbox One and PS4 with few improvements and the thrill of the original title.

Not surprisingly, Capcom’s interest in remastering the Resident Evil has been making it a lifetime, but it seems that the Capcom is especially interested in offering the entire series on current platforms, from the prequel to GameCube version Resident Evil 0 to the future remake of Resident Evil 2. Skip through the main series, for the moment, Resident Evil Code Veronica also -published for the last generation- and Resident Evil 3, no doubt that these titles will also receive an update sooner or later.


Revelations managed to find that specific launch window since part of the fans began to criticize the remaster and release formula. But the fact is that the somewhat unexpected success of Revelations may have influenced its director, Koushi Nakanishi, to take charge after a major chapter with drastic changes to the classic series after a decade and we received Resident Evil 7. 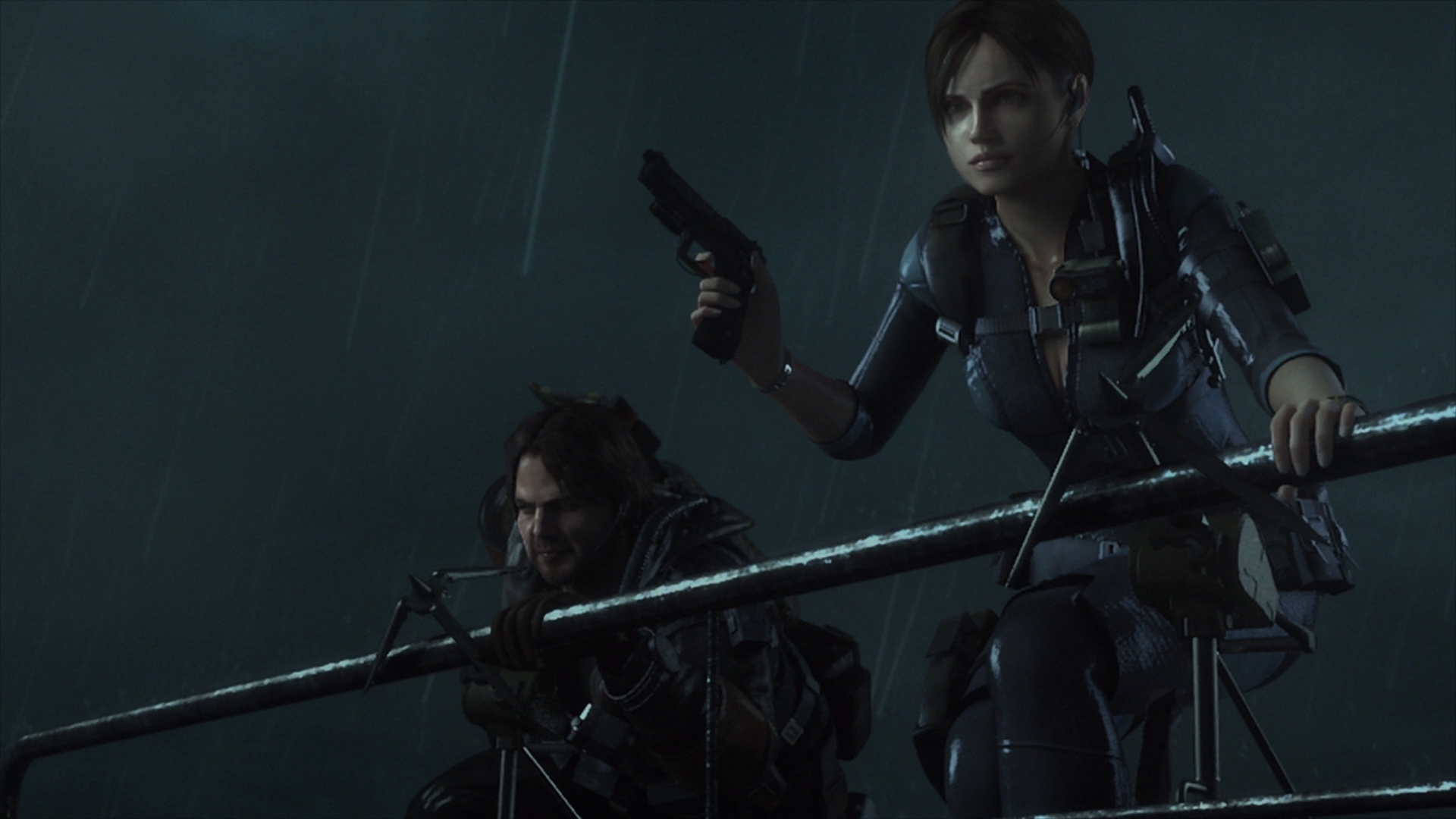 A year later that a 3DS version of Revelations was released on PlayStation 3, Xbox 360, PC, Wii U with the usual treatment of the remasterization regarding the improvement of resolution, effects, some extras in the content and changes in the control. The criticism was also generally positive, and although it showed more clearly some of its shortcomings, maintained a personality that many players no longer found in other chapters. “In short, an experience that successfully mixes the most classic and current Resident Evil experience, with much to offer to all types of audience, spectacular and replayable, with a good online game you will be entertained for many hours to come.”

We re-embark the journey with Queen Zenobia

In the game, we have the tragedy of a floating city with revolutionary technology that was attacked by the terrorist group Veltro, who launch a biological weapon against this place. Faced with the danger of a new infection of this type, the Federal Commission against Bioterrorism opts for the same measure applied in Raccoon City: total annihilation. Later, Jessica Sherawat and Chris Redfield follow in the footsteps of Veltro but disappear from the map. 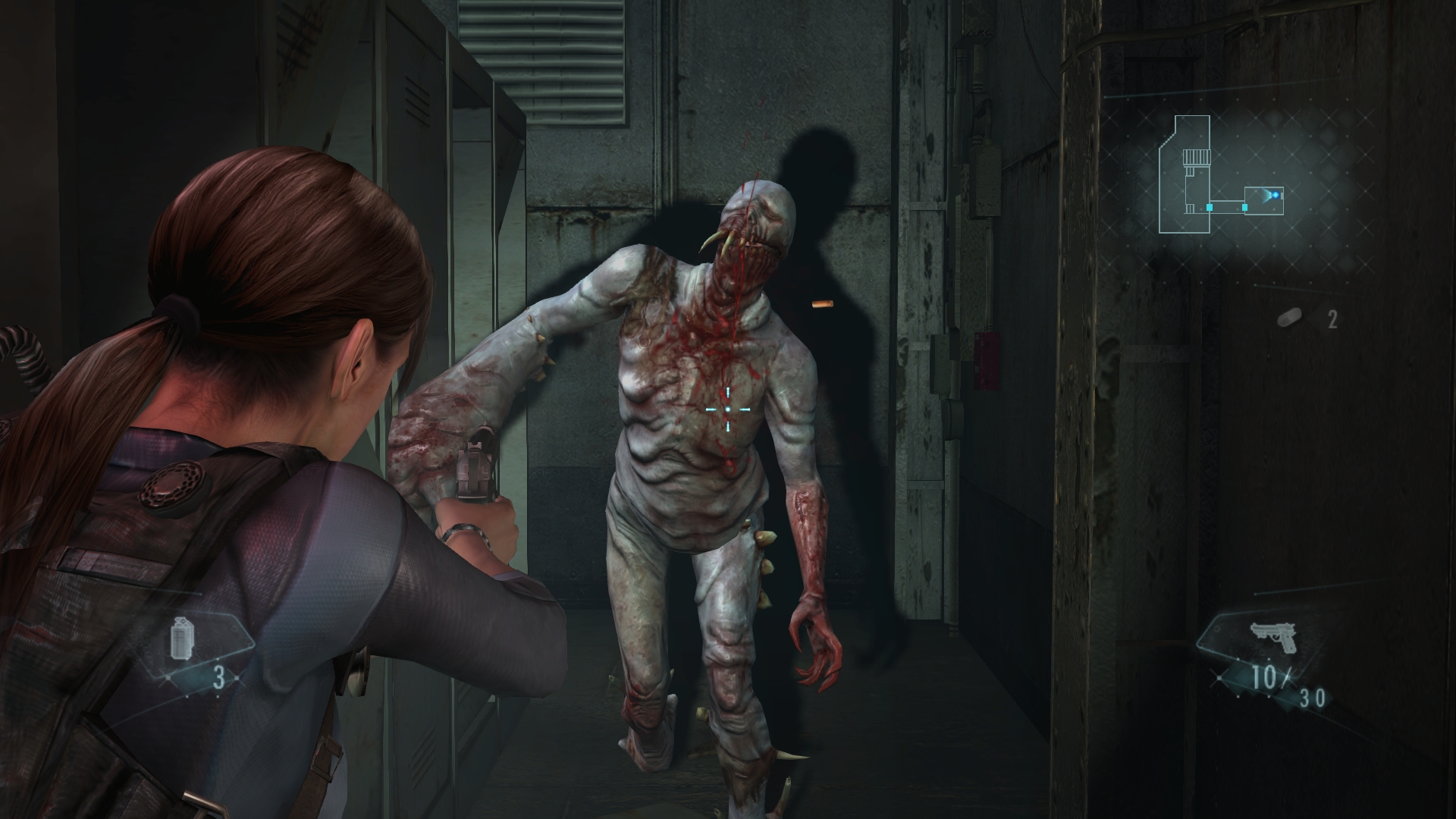 Jill Valentine returns to the series as a protagonist in search of his friend Chris Redfield, with which he spent hardships in the mansion of the first game. Jill and her new partner Parker Luciani raid the Queen Zenobia boat in which it is believed, from the information received, that Chris is found. Unfortunately, the ship is infested with biological weapons and moving around the place will be anything but a ride. 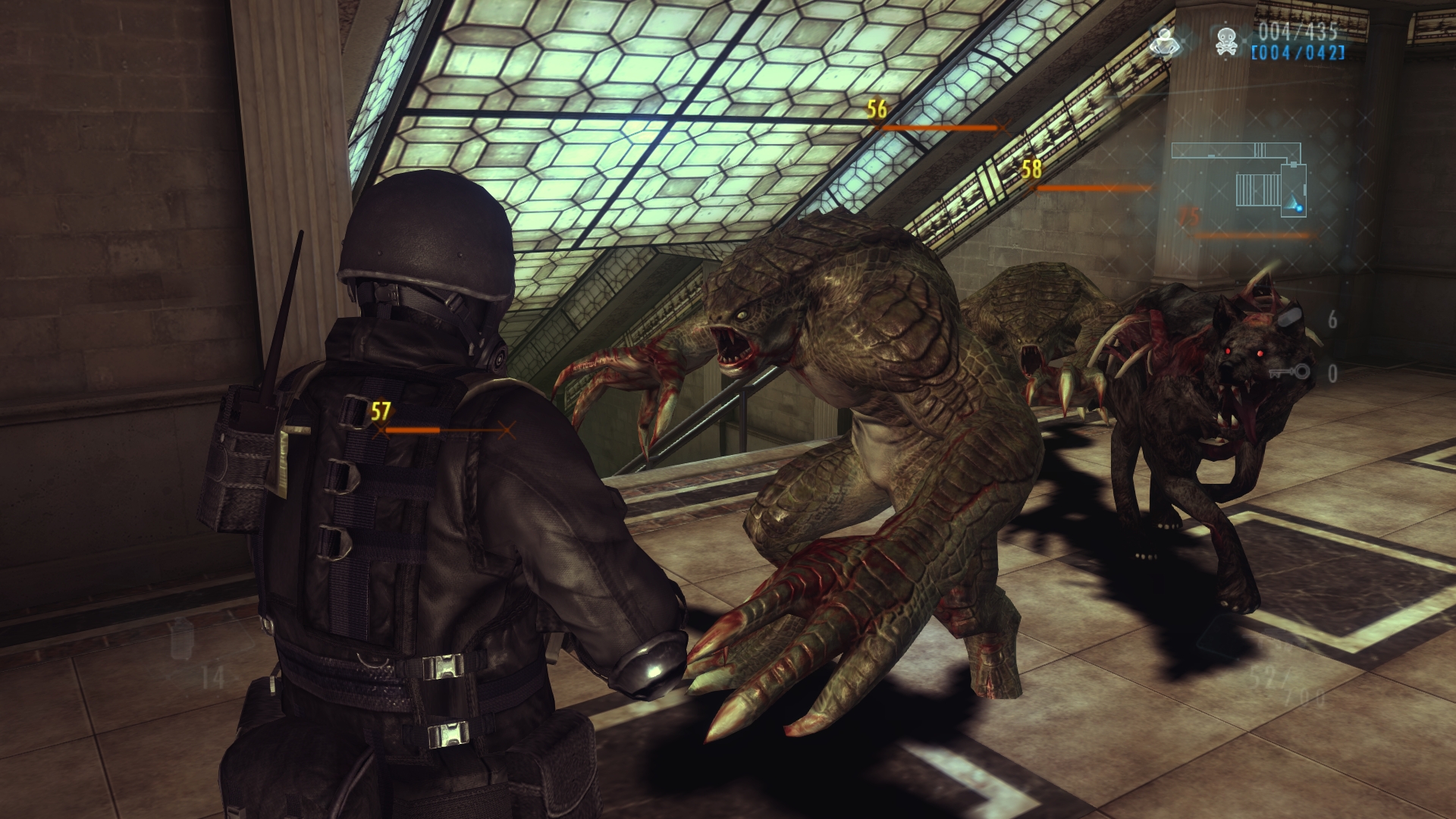 Although most of the story takes place in this phantom ship with narrow aisles, occasional puzzles – until the final straight, which is more inclined by action and locked doors, Revelations emphasized by a narrative that jumps to other events and dates; along with flashbacks or chapters with other characters in different places. This idea of television aspect also served for that the episodic Revelations 2 counts on two pairs protagonists, what makes the Revelations a varied game in argument as well as its development.

Revelations 2 HD for the current generation of consoles does not offer many new features, but Capcom says they are the versions with better graphics. Facing the 720p seen on PS3, Xbox 360 and Wii U now operate at 1080p, and the 30 frames per second of the previous installments are doubled. We did not expect less after receiving Resident Evil 4, 5 and 6 remastered on the current consoles with this same treatment, and in fact, it seems to us quite inexplicable that 60 fps were not already achieved in past consoles. Even with the improvements, it remains very visually modest. 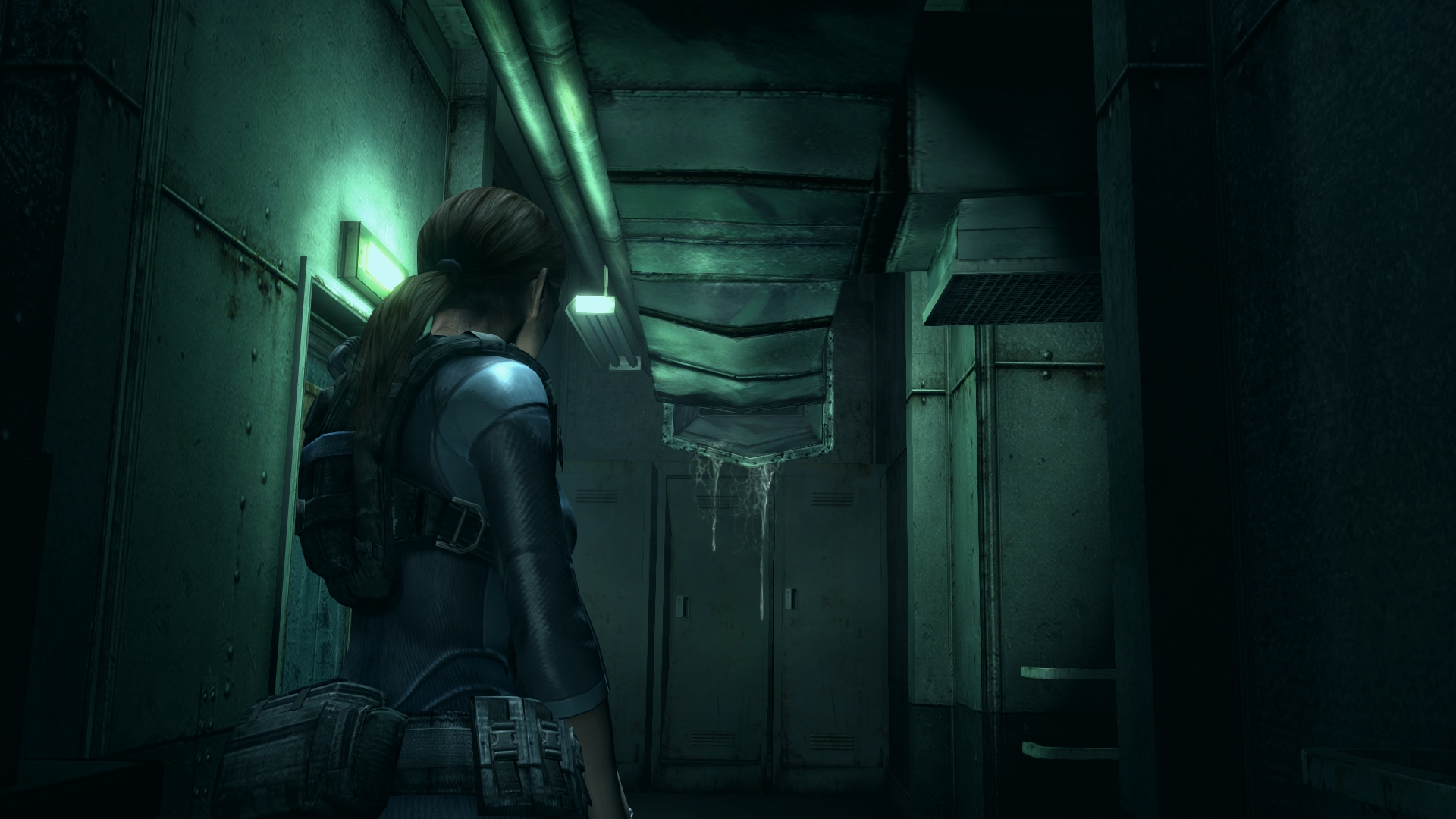 With this graphic rise, the game would not differ from what the PC version offers, but the developer talks about adjustments in the detail of scenarios and animations of creatures – in the way they react to impacts. Some textures seem remade, others would have applied a filter, the lighting is noticeably different, the color and contrast have varied … 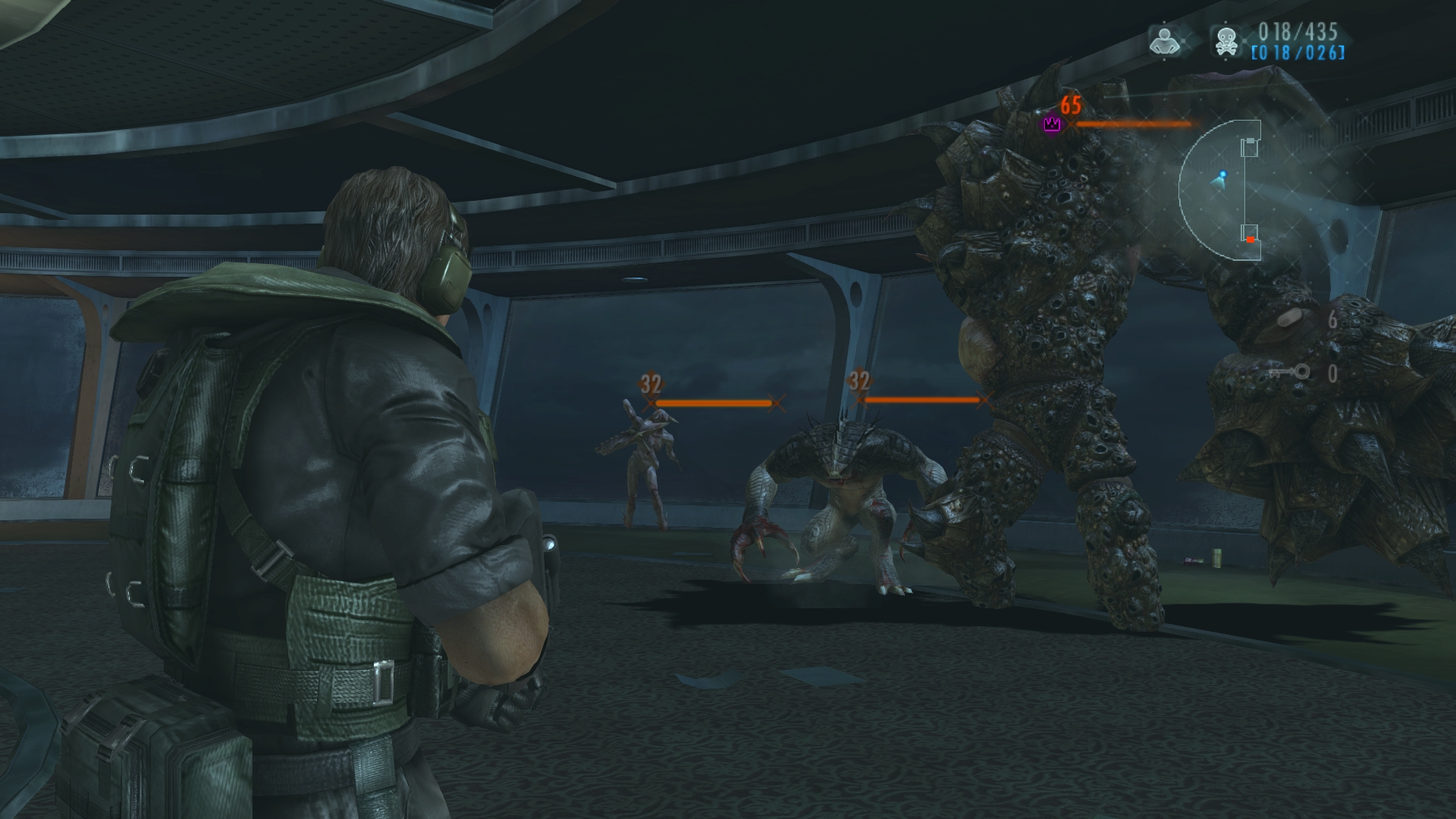 It is true that there are improvements, but to tell these differences a face-to-face comparison is necessary, this is not a thorough review. It is hardly a remastering, for its portable origin is still evident in a multitude of corners, with very different quality textures next to each other and objects with visible edges. Of course, if it is your first game to Revelations, just because of the increase in fluidity is already worth over other consoles. 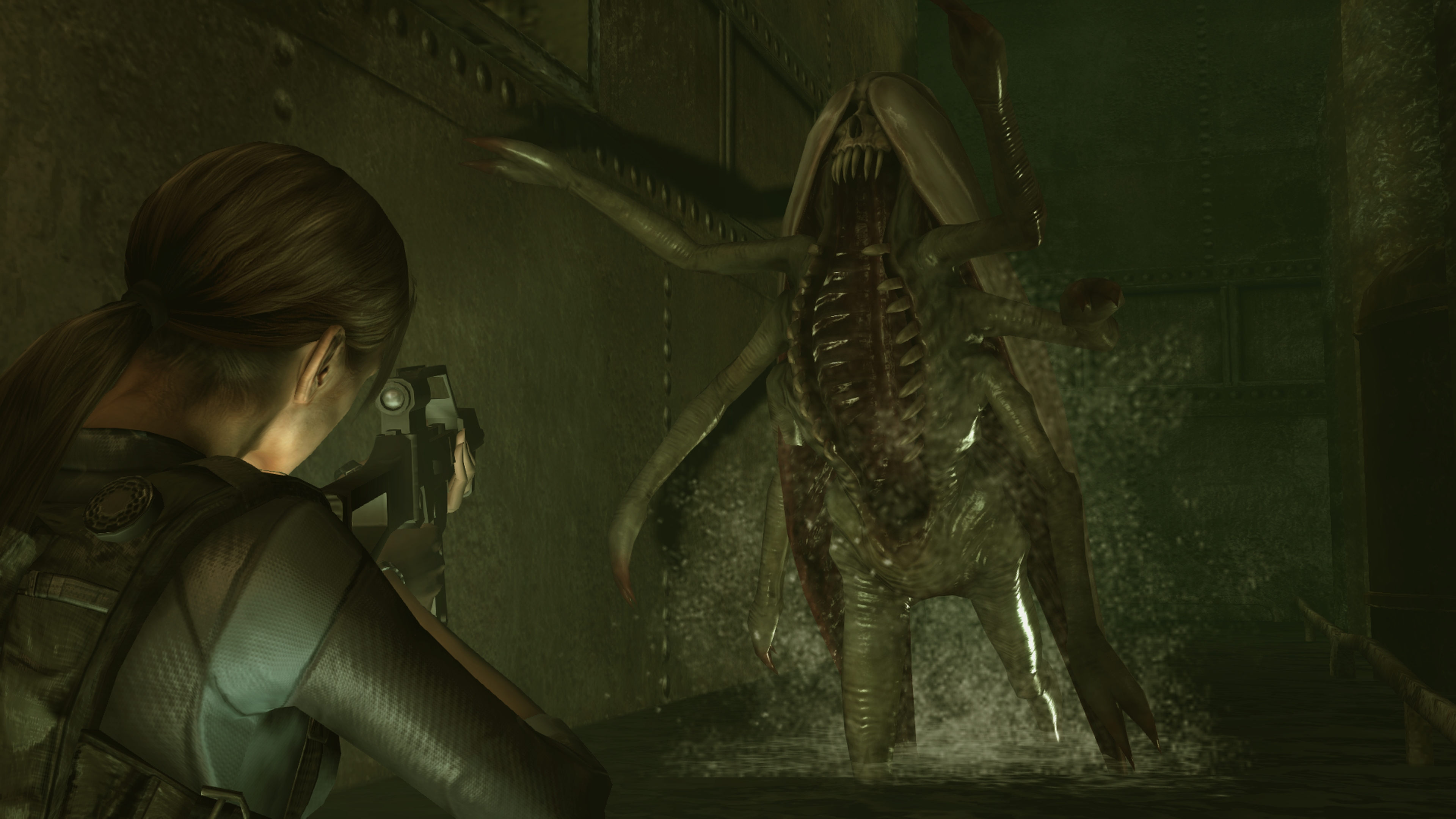 It includes four types of controls – two shooter type and two classic ones – inspired by past games of the series instead of the two of the last version, all the downloadable content -areas and suits- and maintains Assault, a battle mode in scenarios of the campaign but with more powerful weapons, enhancers and enemies in new positions to which has been added a phase with more difficult mutations. It is an option focused on arcade gameplay and lengthens the life of the title after surpassing the story, which also includes online gameplay.

Resident Evil Revelations is a good game of action and survival, but what became by its merits in an indispensable portable version for Nintendo Switch. There is no denying that part of its appeal was to see the power of 3DS squeezed to the last drop, completely lost in its domestic version and that there are playable aspects that have not aged well, either in control or because they were designed with limitations of inferior hardware back in the days. 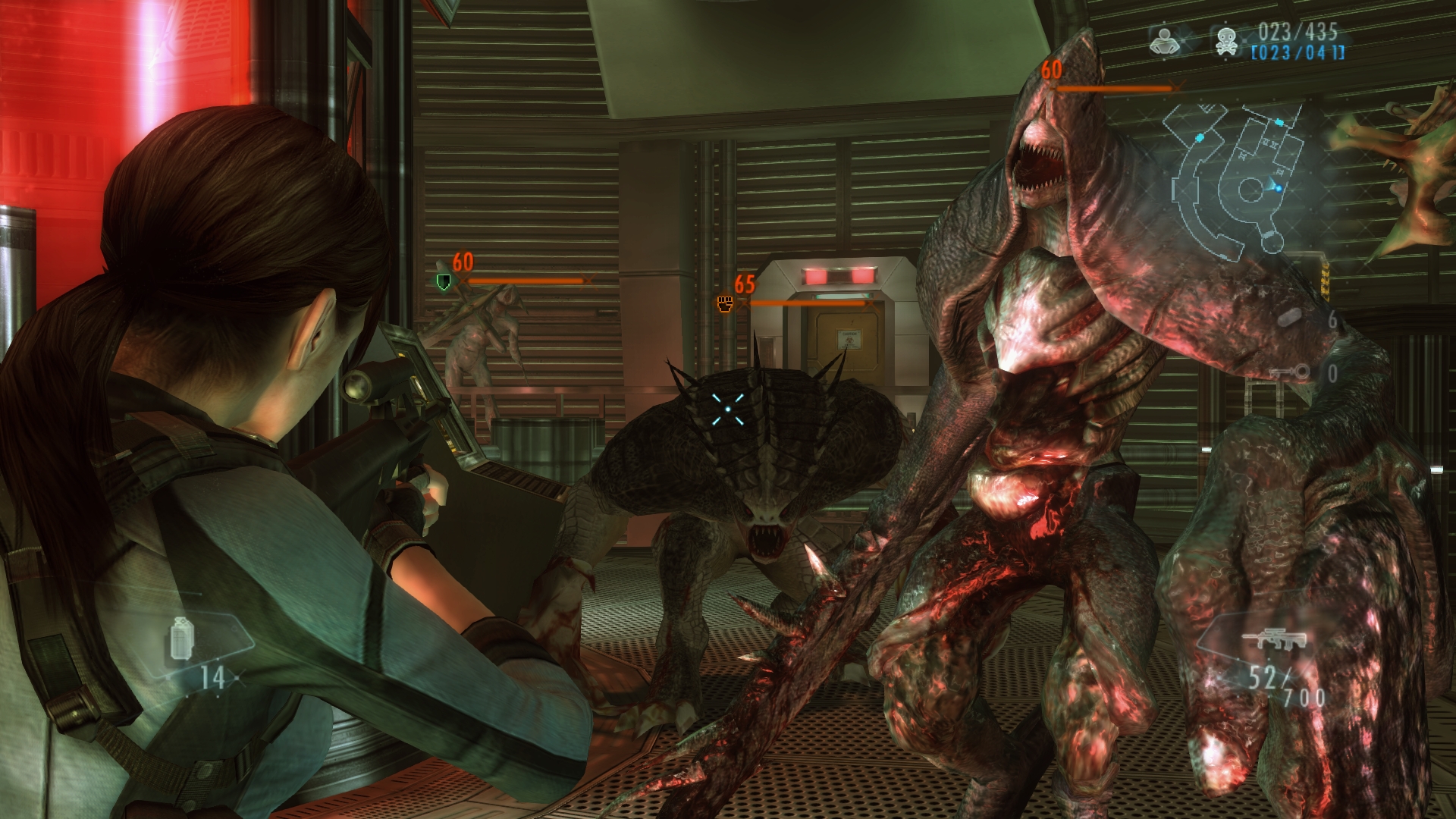 While the novelties do not justify a new purchase, perhaps the biggest disadvantage facing Revelations in 2017 and the two consoles today is that there are proposals focused on action, survival and terror more solid, and that also includes remasters of other Resident Evil, like the unforgettable 4 or the fun -especially in cooperative- fifth part. That does not mean that, indeed, this is the best version to discover Revelations.

We prepared this review on a PS4 with a digital copy provided by Capcom.