Sega's puzzle game is as fun as ever!

The puzzle games were a success back in the 90s we remember having competitive tournaments with friends by taking turns and try to lock down the highest score. Tetris has returned through the front door with Tetris 99 and Tetris Effect, Lumines Remastered was launched last year and Puyo Puyo is a veteran series that has always been around, not only the title is renewed, even combined with Puyo Puyo Tetris -.

Now Puyo Puyo Champions takes the stage, which as the name suggests is a game aimed at local or online multiplayer, tremendously addictive if playing against someone but a bit short on options for those who enjoy the single play.

In summary for those who do not know the series,  the objective of the game is to connect four pieces of the same colour. When these drops come into contact they are joined horizontally or vertically, and when adding four or more they pop, cleaning multiple blocks sends transparent Puyo to the rival, obstructing their progress.

The idea seems simple, but the competitive aspect encourages playing with strategy and designing our blocks with the intention of creating combos, consecutive connections that throw more obstacles to opponents, which in turn can be reduced with their chains. It is encouraged to risk building studied towers rather than just connecting similar the colours as they fall, a strategy valid for novices but not so useful against professional players. 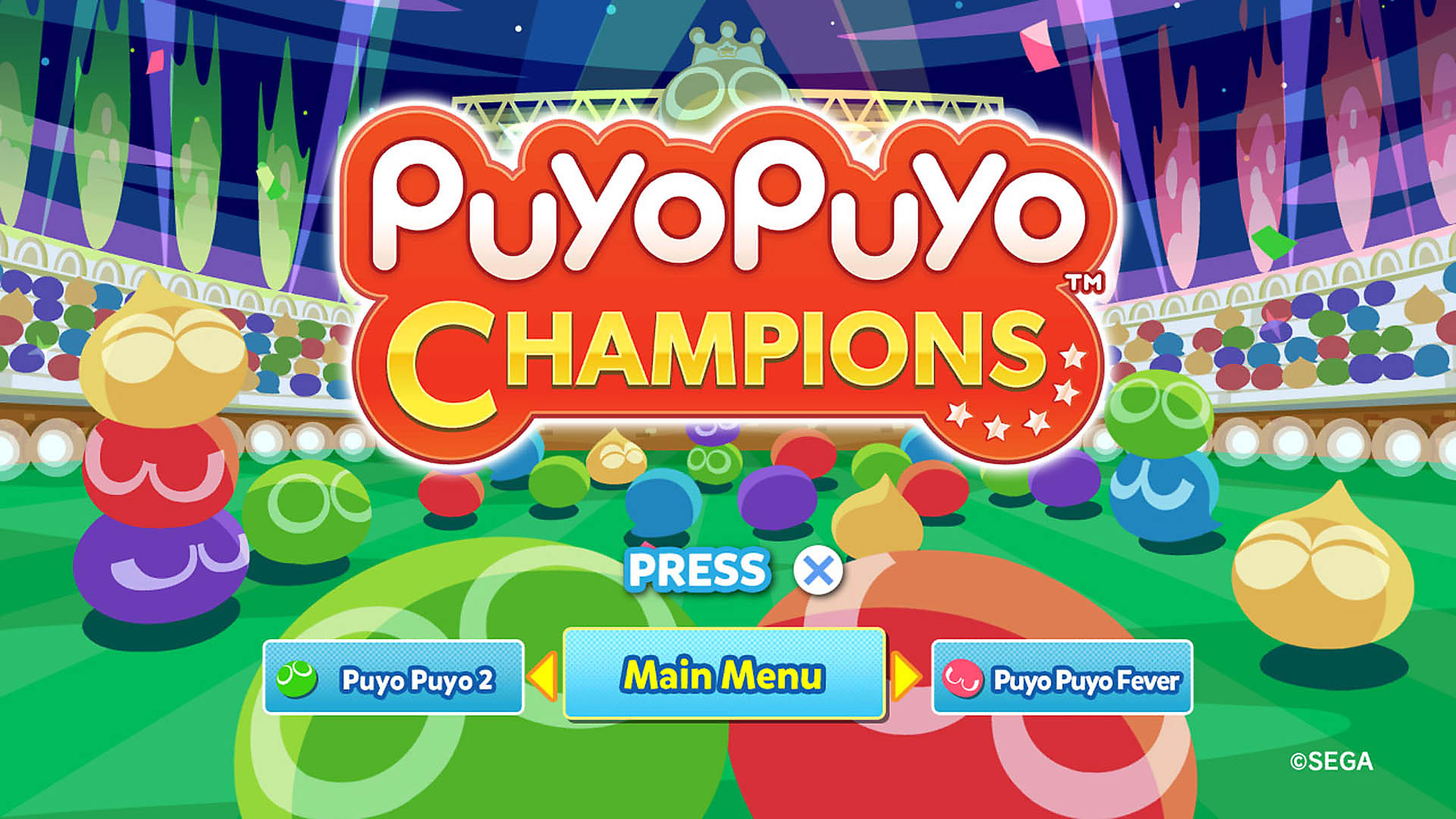 Puyo Puyo Champions has two types of classic rules for its play modes, solo or multiplayer. With the rules of Puyo Puyo 2 we have the most basic and recommended game if we are starting to play the series, while Puyo Puyo Fever adds blocks with three and four pieces, and allows you to fill in the Fever indicator to enter that mode and get the largest number of chains with predefined puzzles. In short: the key is to flood our enemies with combos so they can not counteract. 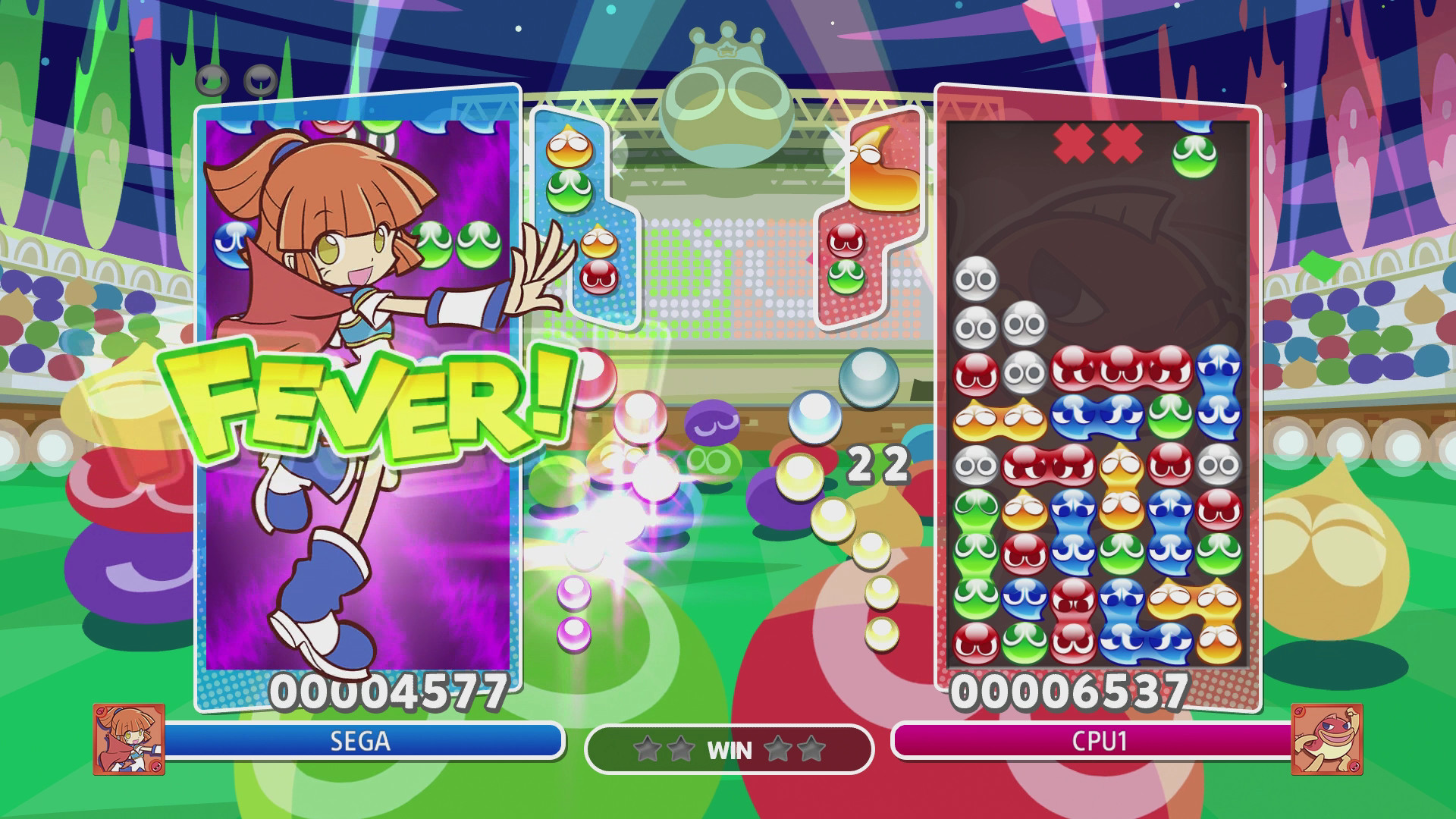 Fun, but wish there were more variety

It goes without saying that the playable base of Puyo Puyo Champions is outstanding for those who enjoy Tetris and its substitutes, but it is just as important to give the game a significant number of ways to squeeze its potential or at least something new to the fans. Unfortunately, this is where Champions is not as surprising as you would expect.

In solitary we have two options-each with the two rules-: battle and resistance -see how many rivals we can defeat-, for up to three competitors controlled by artificial intelligence, and with the possibility of forming teams. Not bad as training for the really important Puyo Puyo, the competition against other players, but it does not have much depth to keep us hooked for hours.

The other option is to play locally or online. In the online games we find the invitation of friends, search and creation of rooms in free games -informal- and the Puyo Puyo League where our victories or defeats make us ascend in the world ranking chart. Of course, the game does not seem to care to matchmake people with a similar level when choosing opponents, because in our first games we joined users who had much more experience with the series. It will be necessary to implement a level base matchmaking system since there are many Japanese who have been enjoying the game since last October-. 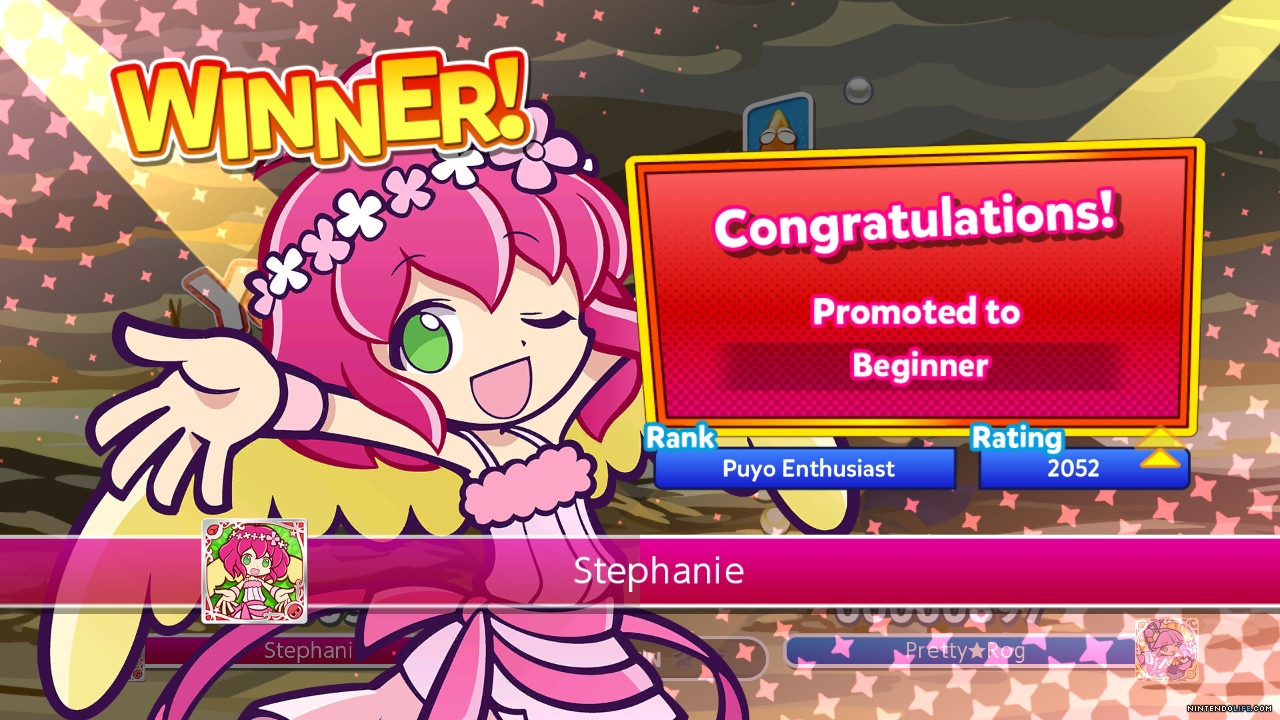 And in essence this is all that Puyo Puyo Champions offers, apart from a retransmission mode to watch videos of the best players and know how their games are presented by the masters, or the options of personalization of funds, character selection, music -with 46 themes to choose from, some upbeat than others and always cheerful-tone, user avatar or aspect of the pieces, which can show bright surfaces, simple shapes, retro and even silhouettes with Sonic characters. 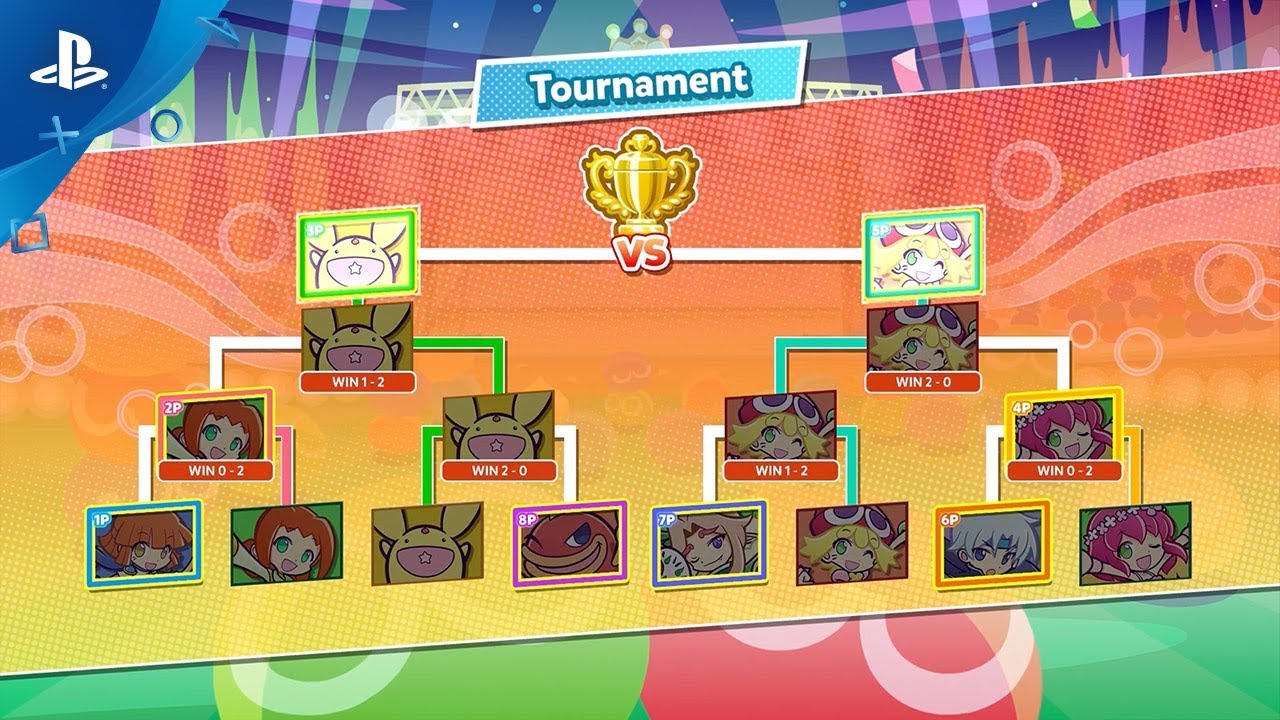 There are missing ideas or at least give a greater sense of an incomplete product. The most serious thing is that there are no challenges or a series of tutorials that explain the best strategies with practical examples, something that Puyo Puyo Tetris did, and if we compare it with the two recent versions of Tetris – specifically the battle royale -, the Four online players can know little. Visually it is as charming as always, but neither does it make any effort to offer something that we have not seen before. It is not ambitious, in content and presentation.

Puyo Puyo Champions is an excellent game, capable of giving the best memorable moments among friends. And yet this release is halfway through a selection of scarce modes, which also does not reveal its virtues  to the newcomers. Anyone can discover and stick to the series with Champions, but the learning curve is not as simple as it would have been with just a series of challenges that discovered the best tricks to get the victory.

Its original name is Puyo Puyo eSports, which gives an idea of ​​the target audience: few options for a player and a lot of emphasis on playing in the Puyo Puyo League. Of course, if you plan to exploit the local or online multiplayer and what you are looking for is a Puyo Puyo on current platforms, Champions fully meets that purpose. However, there are too many drawbacks that keep it from being a must of the genre.