Including cool cars with solid gameplay and extends the life of the title, but wallets will cry.

Skylander, arenas and many of the enemies are old acquaintances. an interesting co-op story mode is added with players on your friends list. 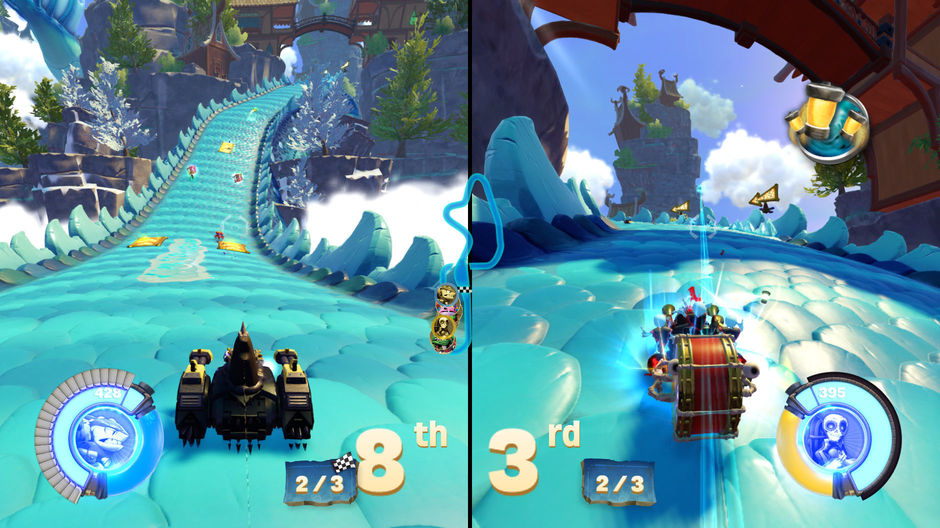 There are different types of races: the player against AI one on one, competitive split-screen or online with other players.

This time developers has been more interested in telling a story with some personality and not a mere excuse to fight an enemy after another in very similar scenarios. The Skylands library leads to some very nice 2D sections with a different artistic style which is a nice variation but sometimes are repeated in different places the same platforms and It is somewhat disconcerting.

The developer has made ​​a great effort because the player feel that the game is not as usual, both with the introduction of these phases in 2D and with others in which you count with additional powers that lead to play differently and solve puzzles toward or away some objects as if you were a magnet or kill some enemies with those extra skills. 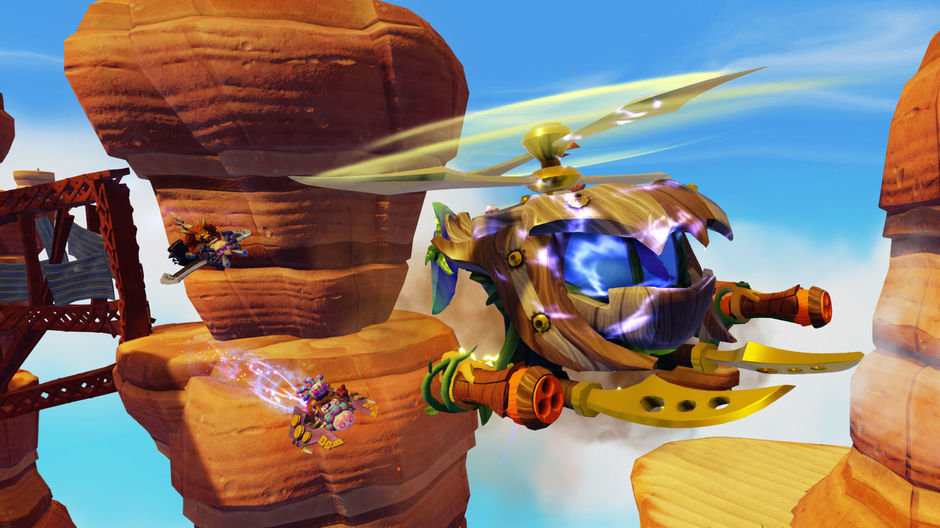 Skyladers figures with the addition of the vehicles have moving parts to give more realism, and the kids can play with cars, such as the wheels rotate. The designs remain original, but the characters of this year visually refer to some of the previous editions of the game.

At the base fit just a vehicle and a Skylander, and also has a space to insert any of the trapsTrapteam Skylander , delivery last year, although it is a pretty useless option that only enhances the car a bit, and you can not use you have the enemy “trapped” inside, but can itself incorporate into your deck Skystones a letter with that enemy.

The inclusion of vehicles not only affects the way for good play; so he does, and not so well, when you buy. Skylanders continues to respect the maxim that you can play from the beginning to the end of the story mode only with the starter pack, no need to buy anything else. But in previous installments only you had to give up playing or additional phases, last year, play that you did not have enemies in traps, and this year the game puts show much interest in everything that you miss if you do not buy more.