A fun and original puzzle game to enjoy with a company!

The launch catalog for Nintendo Switch may not have been as big as you would expected and all of its games have been waiting to be played due to the high popularity of Link’s new and awaited adventure in Hyrule’s The Legend of Zelda: Breath of the Wild , but Among them, and especially in the eShop, we can find some really interesting titles worth looking at.


One of them is Snipperclips – Cut it out, Together! , A very interesting game of cooperative puzzles developed by Nintendo as a launch title for their new console. A title highly recommended to play with a company and quite ingenious in its approach, but with a limitless amount of content, something that ends up taking its toll.

This is a puzzle game with a very original and simple to understand approach in which we will have to solve a series of tests fulfilling the objective that are indicated on screen, like to shoot a ball, to adjust the forms of our characters to fill a silhouette or explode some balloons, are just a few examples to give you the idea. 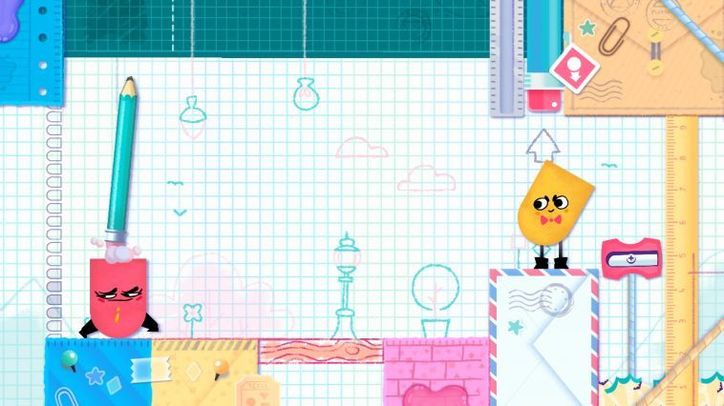 The levels are unique and simple, once you solve the situation, then we can move to the next, so it is a perfect title for short and fast sessions without taking a break.

To meet these goals we will have to couch co-op with another player locally (not online) to cut each other and modify our character by cutting out each other. This action is performed simply by overlapping characters and then pressing the A button, which will cause the other player to lose all the area of his character that was overlapped with us. 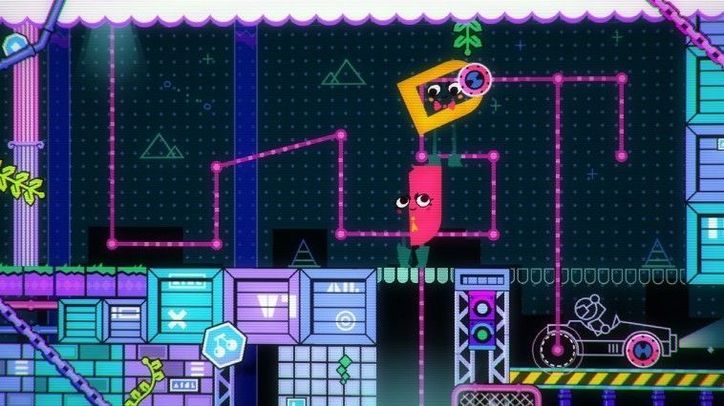 By doing so, we will not only have to contrive to find the solution to the puzzles, but we will also have to give our characters  the necessary “tools” for it, since cutting our partner the way we want is not an easy task, requiring some coordination and a lot of collaboration between both players.

A detail that is very interesting about this title is how much the puzzles are based on the real life physics, which gives us enough freedom to solve each puzzle of very different and varied forms, According to how we make the cuts and move our characters, encouraging our creativity and ingenuity. 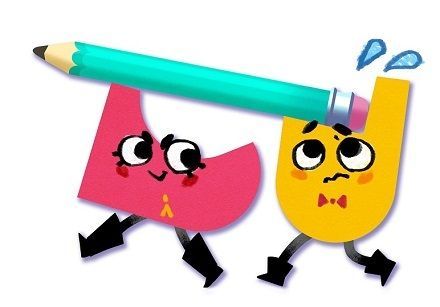 Having two people thinking simultaneously and exchanging ideas, creates a fun and very playful game dynamic in which communication is the key, you will spend a great time with your company, even there will be certain moments where your friends you will even argue in a funny way to get to the solution.

However, the fun ends in a sigh, since the game arrives with only 45 levels for one or two players and a score for groups of two and four. The first can be completed in less than three hours, while the second will give us about an hour and a half of play. Considering that there are no additional challenges that make them more replayable, the game has a very short lifespan. 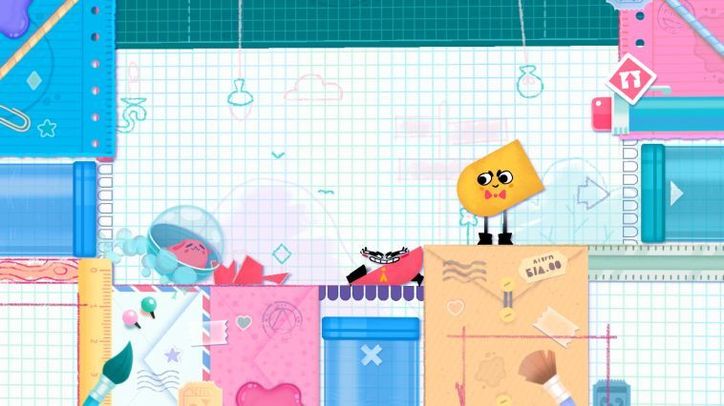 Also, it is not a particularly complicated title, and you will barely get stuck (in the end, experimenting and testing things will get the solutions out), so it will not last too long because of its difficulty.

As for the design of the puzzles, some of them combined some really bright, original and well-thought ideas out yet others could not be planned that well or made extremely simple to solve, that feeling of satisfaction when we solve them is a miss in some levels.

To extend the playtime a little more there are three competitive mini-games ( wrestling, basketball, and hockey), although they are not interesting enough, and after throwing a game to each one of them you will probably not play them again since they are not especially fun or entertaining. 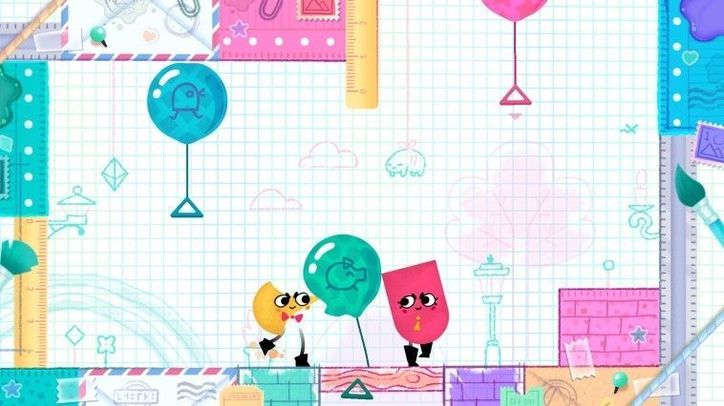 With regard to its graphic section, as you may suppose, it is not a game that exploits the technical capabilities of the console too much , but it does not need it either, especially if we consider how well its artistic section is resolved, it’s all 2D and at all times we will be playing on a notebook. Besides, the characters kept smiling at each other with the changing expressions they put on at all times, which ends up giving them a very special charm and a unique personality to the aesthetics of the adventure.

Finally, the soundtrack offers a series of very calm and relaxed tunes so that we can think and talk calmly, so it is always in the background without disturbing. Despite this, it has very few compositions, same tunes can be repeated over and over again. The effects on the other hand, perform quite well its function, giving us some very funny sounds and in line with the style of the game. 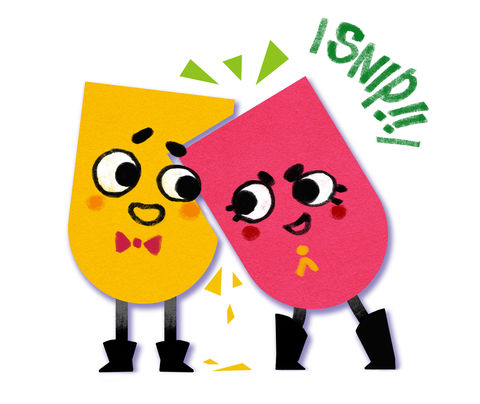 Snipperclips – Cut it out, Together! Is a perfect title to enjoy with friends and brings us a unique and very original title to spend great moments while solving puzzles. For the $20 asking price, it is highly recommended for Switch owners during the first month of release and have something to play when we have a guest, although we have to warn you that it is a very short title and not fun to play in single-player mode. If this is not a problem and you can try playing it alone, or simply call a friend over to double the fun, you know sharing is caring.