The creators of Amnesia offers a new horror experience at the bottom of the sea.

Frictional Games have made ​​a name in the gaming industry. And it’s no wonder.After three episodes of Penumbra , the Swedish study managed to redefine the horror genre with Amnesia: The Dark Descent , a game with a fairly justito inspire genuine budget achieved Triple A years later. Since 2010, Frictional Games has been working in SOMA , and finally comes this awaited project, which changes ambiance but not entirely mechanical.


My fear is mine

You know what they say if it works don’t change it. The “Amensia formula” is practically constant in the genre today, and is based on two things; Exploration in first person and indestructible enemies, you can only hide . Today it’s hard to find a horror game in the third person, precisely because the formula Frictional Games uses is “better” in many respects.

It is assumed that this approach makes the most immersive experience, but also saves developers encourage the protagonist or enter combat mechanics. Everybody wins. 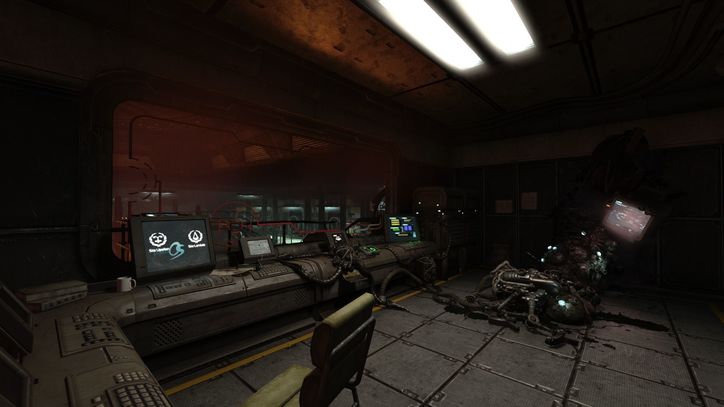 In the early stages of the game we go through a kind of tutorial very well integrated that will present the mechanics and the universe almost without distraction.

So, SOMA is a horror game based on the exploration, where we will have to go through a series of environments looking for objects that allow us to advance, usually with some other creature getting complicated existence .All this in a very interesting universe, a sort of cross between Alien and BioShockthat leads to a complex submarine retrofuturistic court where there have been a series of experiments that seem to have gone well.

We will not go into plot details, but we have to say that history has seemed very interesting, and not only by the argument itself, but for what topics presented . One of the most recurring is how far an artificial intelligence can be “intelligent”, can have feelings, and to what extent we can feel something-sorrow, compassion, joy …- by them. Besides, the game has its protagonists, its side, its good and its bad, but all wrapped up in a pretty dark halo. 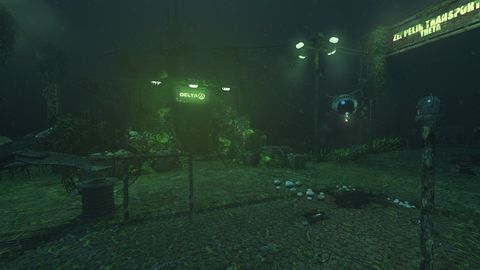 In the underwater sequences, a small robot companion helps us sometimes.

The game design in general we liked a lot, and certainly gets to be very, very oppressive . Darkness is a constant in both the inland areas and in the field. And, something that you may not know is that there are also sections where you have to move in the ocean.These sections are usually a little transition, but progress as they are becoming more complex, introducing even the odd little puzzle. On these, there are puzzles practically transition, and others more elaborate, but none will prove to be a headache.

The biggest problem of SOMA is a somewhat uneven pace, with moments that can become a little tedious by the lack of signs . And eye, we love the game does not take us by the hand, let us think, explore and find solutions, but sometimes we let loose on stage without knowing what we have to do even with enemies swarming and there- this may despair less patient users.