It was the end of the 80s when Games Workshop, the British publisher of the universe Warhammer, launched Space Hulk, a board game set in the universe of Warhammer 40,000 that, little by little, was conquering the hearts of fans of table and strategy games.

Now, in 2018, with the genre of the turn-based strategy on the rise, comes Space Hulk: Tactics , the fourth game based on Space Hulk that, in the world of consoles and computers, has not been as successful as had the original board game, something that Cyanide Studios wanted to change with this installment.


The Blood Angels, the Genestealers and their eternal struggle

Space Hulk: Tactics will allow us to control either the Blood Angels of the Space Marines or the Genestealers, macabre Tyranid creatures that are capable of sowing terror among the enemy lines.

To experience the confrontation there is a campaign for each side, each with its own history, different distribution of missions and, most importantly, perfectly picking up the styles of play of both squads, something that will please fans of the original board game. 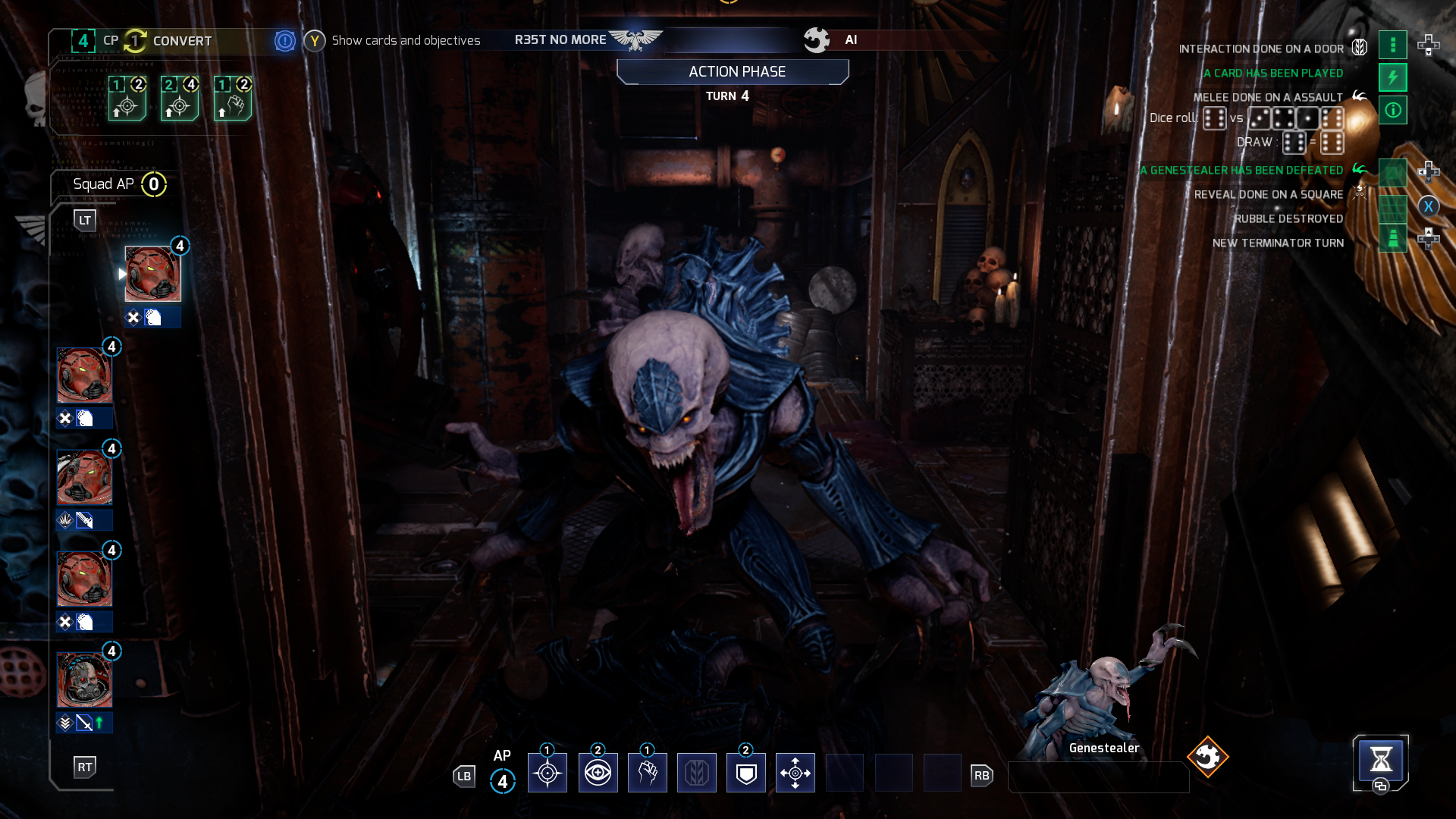 As you can imagine, the Blood Angels are slow but powerful, with a great firepower, powers and a complete arsenal of weapons, armour and all kinds of improvements with which to face all the dangers of each level of the campaign. Its style of game will be based, mainly, on doing short movements covering all the flanks while we are advancing as if they were a unit of an elite police force.

On the other hand, we find the aforementioned Genestealers, some Tyranids a bit fragile but very fast and with some mechanical movement that players will need to learn if they seek to overcome the Blood Angels during the game. With them, it will be important to stay hidden thanks to their skills and take advantage of their speed to catch the unsuspecting of our rivals and eradicate them. 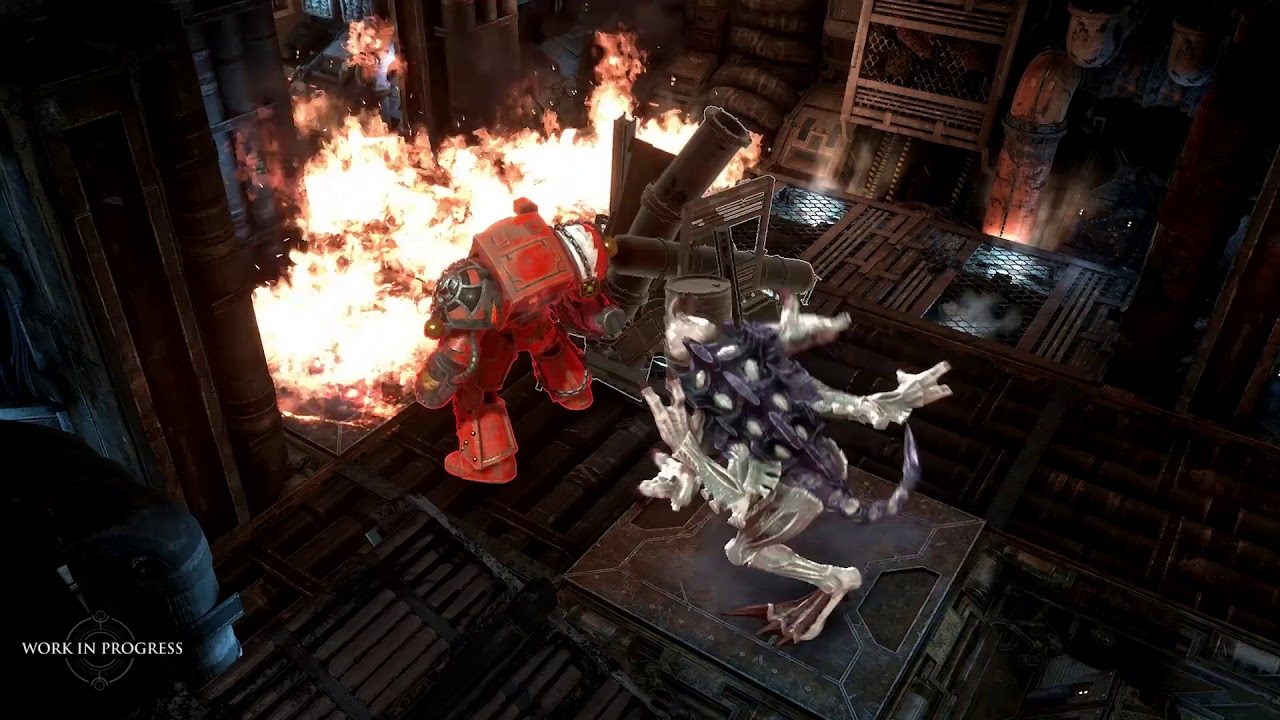 At a playable level, the campaign will be attractive for those who love strategy by turns and for those who play the original board game since its rules are respected with considerable success, although at the narrative level, the truth is that we will find ourselves with a history of the most generic thing that, of course, is far from the good level of other deliveries based on the universe Warhammer 40,000 as Dawn of War III .

A board game inside our console

At the beginning of our game, the first thing we will have to do is place the units where we correspond to the virtual board. As a general rule, the Blood Angels will have one or two deployment zones while the Genestealers will have several “hives” distributed all over the map, from which they can leave with ease turn after turn.

To play, the game allows us to choose between several types of views that range from the typical overhead camera to a tactical vision through a first-person camera that helps us to immerse ourselves in the atmosphere of the game and that will make us believe that, instead of In a strategy game, we are playing the latest installment of Alien (which powerfully inspired the concept of the first board game from Space Hulk ). 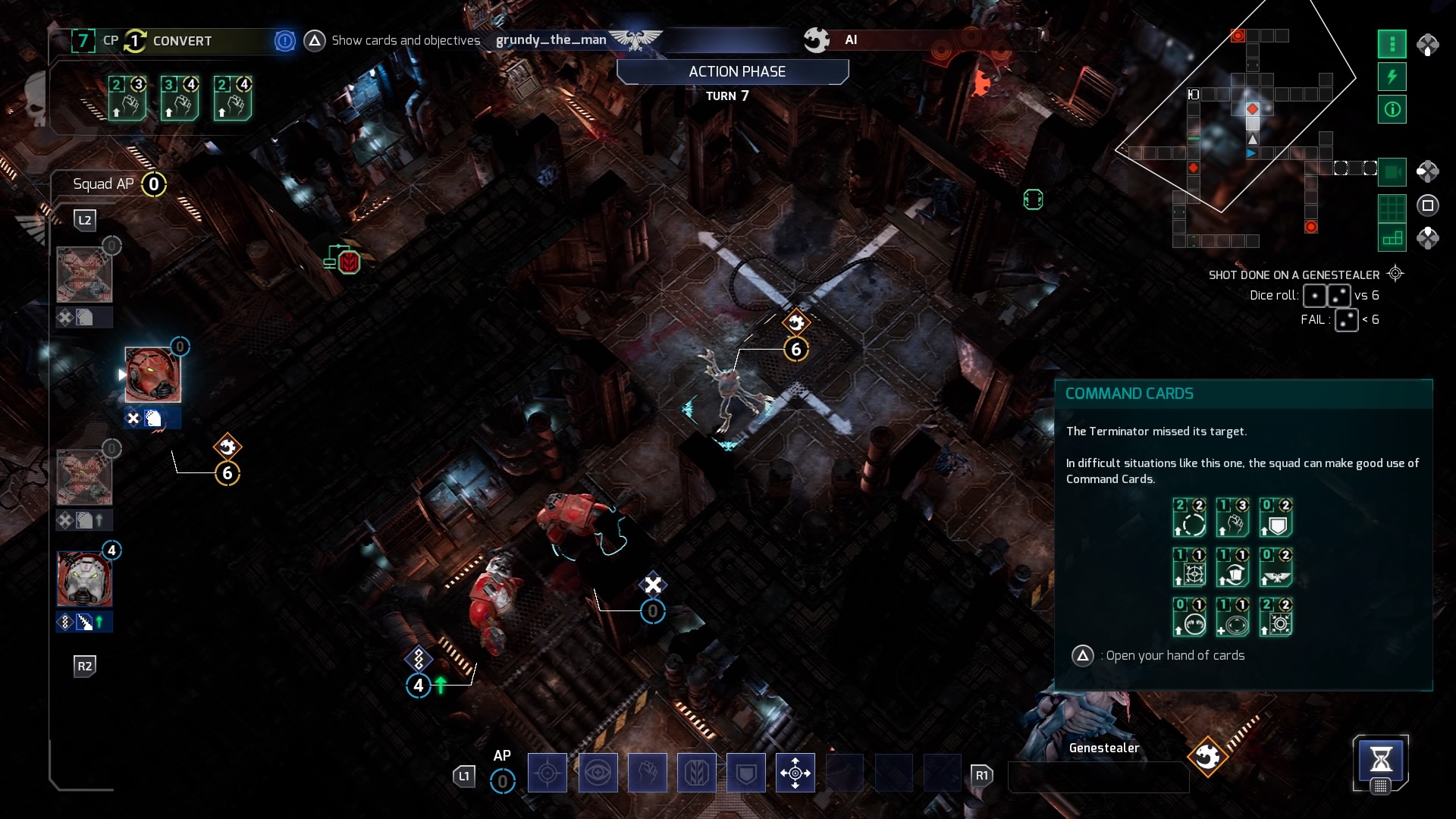 This camera in the first person is an interesting but merely anecdotal addition lacking utility because, as strategists, what interests us is having a broad vision to capture everything that happens in the field to avoid surprises, leaving the immersion to one side in this type of titles.

As for the actions, in addition to making different movements, attacks or special abilities of our units, we will also have a curious system of cards that we can use in our turn to, for example, improve the accuracy of one of our Blood Angels. The use of these cards, at the right time, is tremendously important, being able to mark the destination of our departure.

If we look at the objectives of each game, we may either have to “escape” the board by reaching a specific square or eliminate all enemies, by activating some computers or mechanisms to overcome each level that will also have secondary objectives that will allow us to obtain greater rewards to improve our units.

Become the true master of the dungeon

In addition to the campaign, insipid in the narrative but entertaining at a playable level, Space Hulk: Tactics also offers very interesting modes and features to keep us stuck hours and hours to this turn-based strategy game.

One of the most attractive ways is its complete mission editor that allows us to create a personalized map from scratch, being able to design all its corridors, rooms, objects, traps and targets at our will, letting our imagination run to become the true “master” of the dungeon.”

Best of all, these custom levels can easily be shared with the other Space Hulk: Tactics players, by publishing them in the game’s own network and by accessing all the maps made by the community through a multiplayer mode called Skirmish. , in which we can see hundreds of creations made by other players. 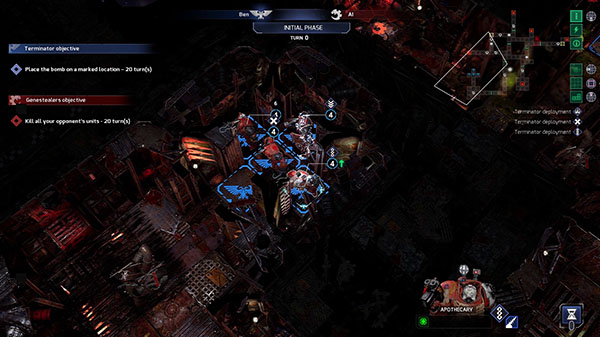 Space Hulk: Tactics is not going to revolutionize the strategy genre, in fact, in a time when the genre is shining as much thanks to deliveries as the remarkable Frostpunk, the truth is that this new title from Cyanide Studio will not surprise anyone.

It is, of course, a game aimed at lovers of the Warhammer 40,000 universe and all those who enjoy the original table game or who want to live new adventures with a strategy title with a good playable base but without high pretensions.

The campaign is fun at the playable level, although somewhat bland at the plot level , the possibilities of personalization of the units will enchant Warhammer fans and the possibilities of creating levels and the multiplayer mode will give us hours and hours of extra gameplay to Do not get bored, ever, of this new installment of Space Hulk .

We have prepared this review by testing the PS4 version with a code provided by Terminal.

Are You Smarter Than A 5th Grader Review
September 4, 2022