SpongeBob returns with one of his best platform adventures to date.

One of the most famous characters in the world of cartoons in recent years, SpongeBob, stars with his friends in a platform adventure that recalls what was captured in past generations of consoles. Specifically, the corresponding to PS2, GameCube and the first Xbox, machines that ended up with the title that concerns us in this case (along with alternative versions for PC and Game Boy Advance). Under the almost endless name of SpongeBob SquarePants: Battle for Bikini Bottom – Rehydrated is a game that, in its day, went largely unnoticed. A real shame, given that without being the best representative of its category (full of similar titles at the time), it was a truly remarkable game.


Fortunately, THQ is going to give another chance to this same work with this remastering that reaches all current formats, being the version for Switch that we discussed in this review. A title whose development has been carried out by the Purple Lamp Studios team and which we have found to be just as eye-catching as in the past, which will make fans of this particular protagonist, the majority of whom are children for logical reasons, enjoy greatly. Precisely for this reason, we must make it clear right away that we are facing a production that takes you quite a hand and that includes many tutorials that can be accessed as we go. 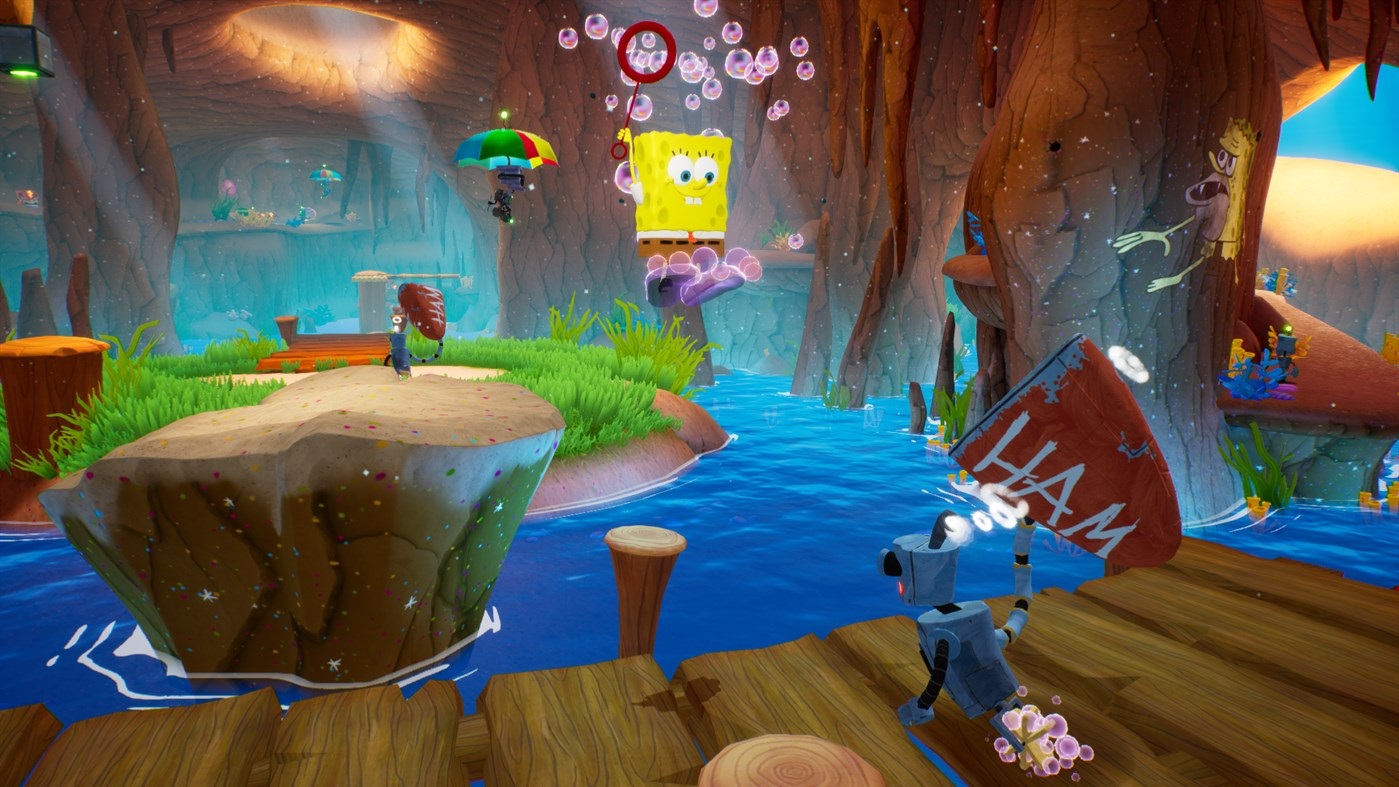 In addition and along with this, it is also necessary to comment on the “relaxed” level of difficulty that encompasses all this production. In general, it is fairly easy to play title and hardly represents a challenge for the players most used to this type of production (and which we are now going to give a good account of). Not even the confrontations against the collection of final bosses that can be seen throughout the adventure (there are quite funny ones, by the way) do not raise that level of challenge. But taking into account what we have already clarified, the fact that it is a game geared entirely towards the most childish audience, this fact seems quite appropriate and not open to criticism.

The plot that gives rise to this odyssey has to do with the evil Plankton. Who has created an army of robots with which he intended to dominate the Bikini Bottom where SpongeBob and his friends live … but this plan ends up being an absolute disaster. Far from obeying him, the machines go crazy and invade this location, so we have to help Bob, Patrick and Sandy Cheeks in their fight to restore peace to their peaceful home. A simple narrative approach maybe not too original but that, with the help of various video scenes it’s pretty entertaining, to say the least.

The development fits perfectly with the traditional one in the 3D platform adventures that have been so fashionable since the times of the unrepeatable Super Mario 64 . Throughout a good number of different scenarios , we have to move forward while we end up beating with the rivals that come our way, although this task is not the only one that we have to carry out. The jumps are also essential and it is necessary to overcome a good consignment of platform areas that are full of moving objects, traps, various obstacles and other elements typical of this class of playable approaches. And along with this, it is also necessary to collect various elements, such as a kind of golden blades that give us access to new play areas. 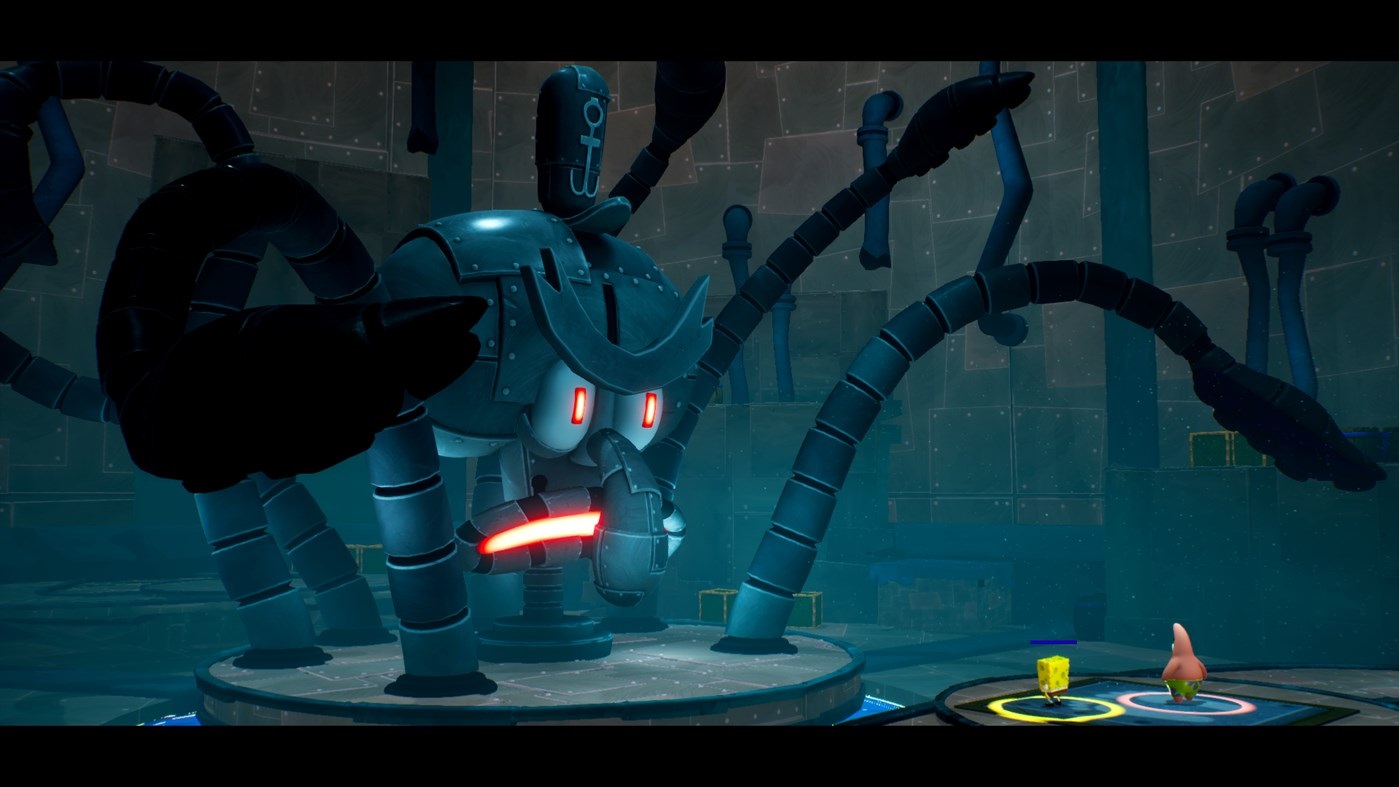 Without a doubt, we are not facing the most original production of the world, but we can also assure you that it has certain characteristics that make it quite interesting. The most striking is the possibility of being able to control three different characters(Bob, Patrick and Sandy Cheeks), who possess some other special ability that is necessary to use in certain circumstances. It also highlights the design of some rivals, such as the aforementioned final bosses, as well as the structure of the levels, quite successful in general. And together with this, there is also a fairly simple control, but which gives a lot of effort, since it is possible to carry out a relatively wide variety of different actions. It is not a very original title, but it is absorbing. A work completely faithful to the original except for the introduction of a couple of playable innovations, such as the presence of new enemies and play areas as well as the addition of a curious mode to online and offline doubles not especially notable but grateful.

Obviously, another of the innovations introduced in this installment is its renewed visual finish. Respecting the base that gave life to the title that appeared a couple of generations ago of consoles, it is possible to enjoy very well-animated protagonists with a lot of personalities and, most strikingly, tremendously colourful settings full of objects and enemies that endow them with a lot of life. But the fun soundtrack that accompanies us throughout the entire game is even better. Especially being a children’s title in which the visual and sound section is sometimes neglected, Battle for Bikini Bottom is a rather remarkable production in this regard. 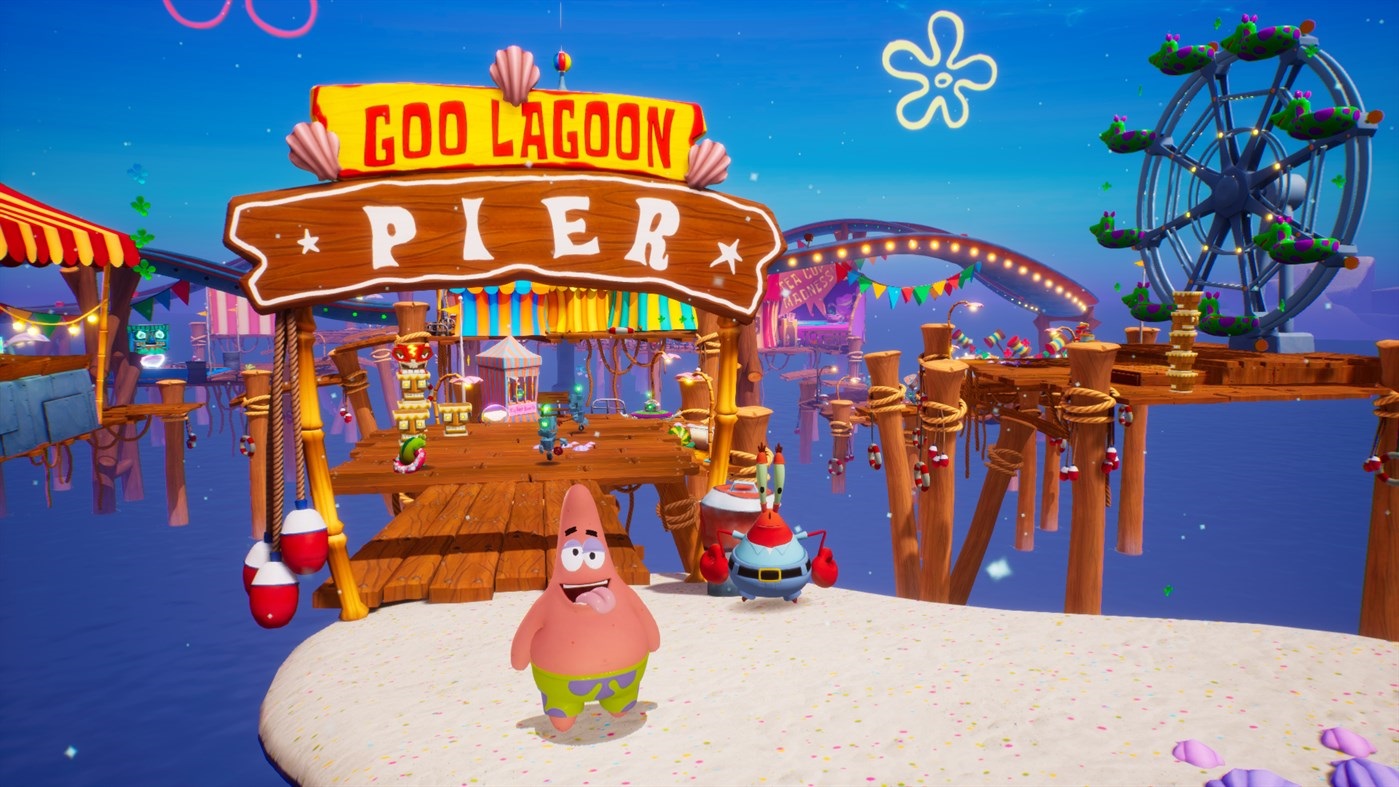 Obviously we are not facing a game starring Super Mario, Rayman, Donkey Kong or one of the most striking platformer legends. But it is fair to recognize that, within its category (children’s titles), this SpongeBob adventure is very attractive globally and, with complete certainty, will delight the youngest players thanks to its great virtues such as its great fidelity with the original series, its simplicity in handling, great friendliness and excellent soundtracks. Its development may be somewhat generic, but despite that, it ends up becoming quite entertaining.

We prepared this review with a digital code for the PS4 version of the game provided by Terminals PR.