Blizzard finally brings one of the most addictive and satisfying games of recent years to Nintendo's entertaining system.

Blizzard is a company that has an incredible talent not only to make great games but to make these last overtime for years with a community of players always active and very numerous. You only have to take a look at classics like Warcraft 3, Starcraft or Diablo II, games with almost two decades behind you, to quickly realize how easy it is to find a match and how many people are willing to compete and cooperate with us.


And this is something that can be applied with any of Blizzards titles, so it was clear that Diablo III was not going to be different. After its eventful launch in 2012, the company managed, in a matter of a year, to convince everyone with the premiere of its first expansion, Reaper of Souls, thus establishing the third installment of this legendary saga as one of its current great bastions.

Not in vain, we are talking about the game that has led to the return of the developer to the console market, something that would not take too long to repeat with Overwatch. Now, six years after it broke for the first time, Diablo III is preparing to star in another historic reunion: Blizzard with Nintendo. This was something that had not happened again since StarCraft 64 was launched for Nintendo 64 in 2000, so it’s a joy to see the California company working again with a Big N machine, especially when They offer us such a careful conversion and that they have put as much care as this one.

Diablo III: Eternal Collection for Nintendo Switch is, as you can guess,   the same game that we have been enjoying for many years on the other platforms, although it includes all of its original content and those of its two expansions, Reaper of Souls and Rise. of the Necromancer , so it could be said that what they sell us here is the “complete edition”. 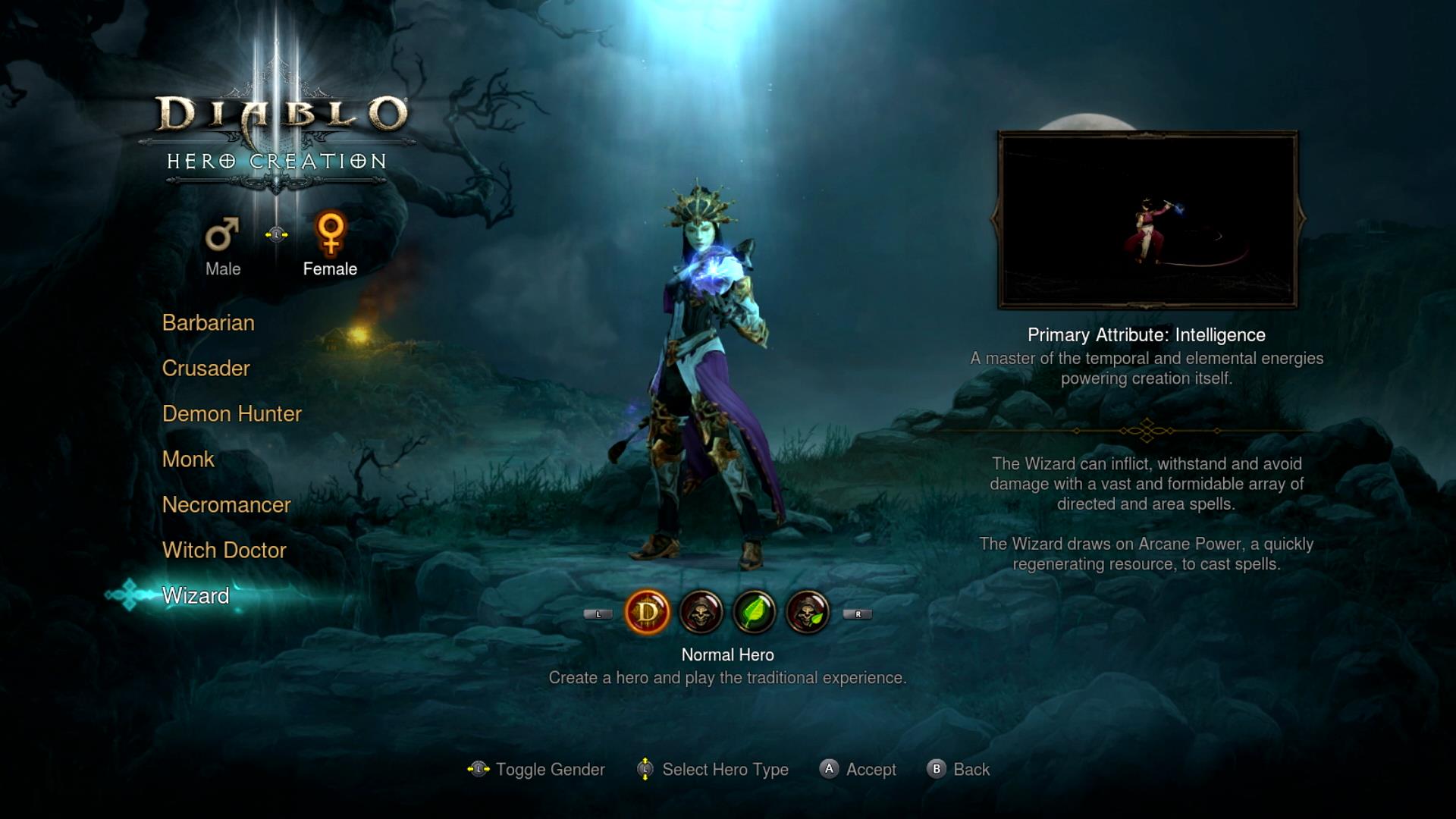 What does this mean? That we have a practically infinite role-playing game that will make us spend hours flying while we explore randomly generated scenarios, wreck creatures from the underworld, and get all kinds of pieces of equipment to make us stronger and more powerful. And all this either alone or in a party, either taking advantage of your local multiplayer for up to four players or online.

Obviously, console versions have been taken as a basis, reproducing their controls, interface and playable possibilities, such as rolling to dodge. Everything is extremely intuitive and comfortable, and we will not take more than a couple of minutes to do everything and start destroying demons without regard very easily.

Here it is worth noting that we are offered the possibility of playing with a single Joy-Con, and the result is surprisingly satisfactory since the mapping of the controls has been studied and planned with great care so that, despite the limitations of the command, we can fight without any problem. 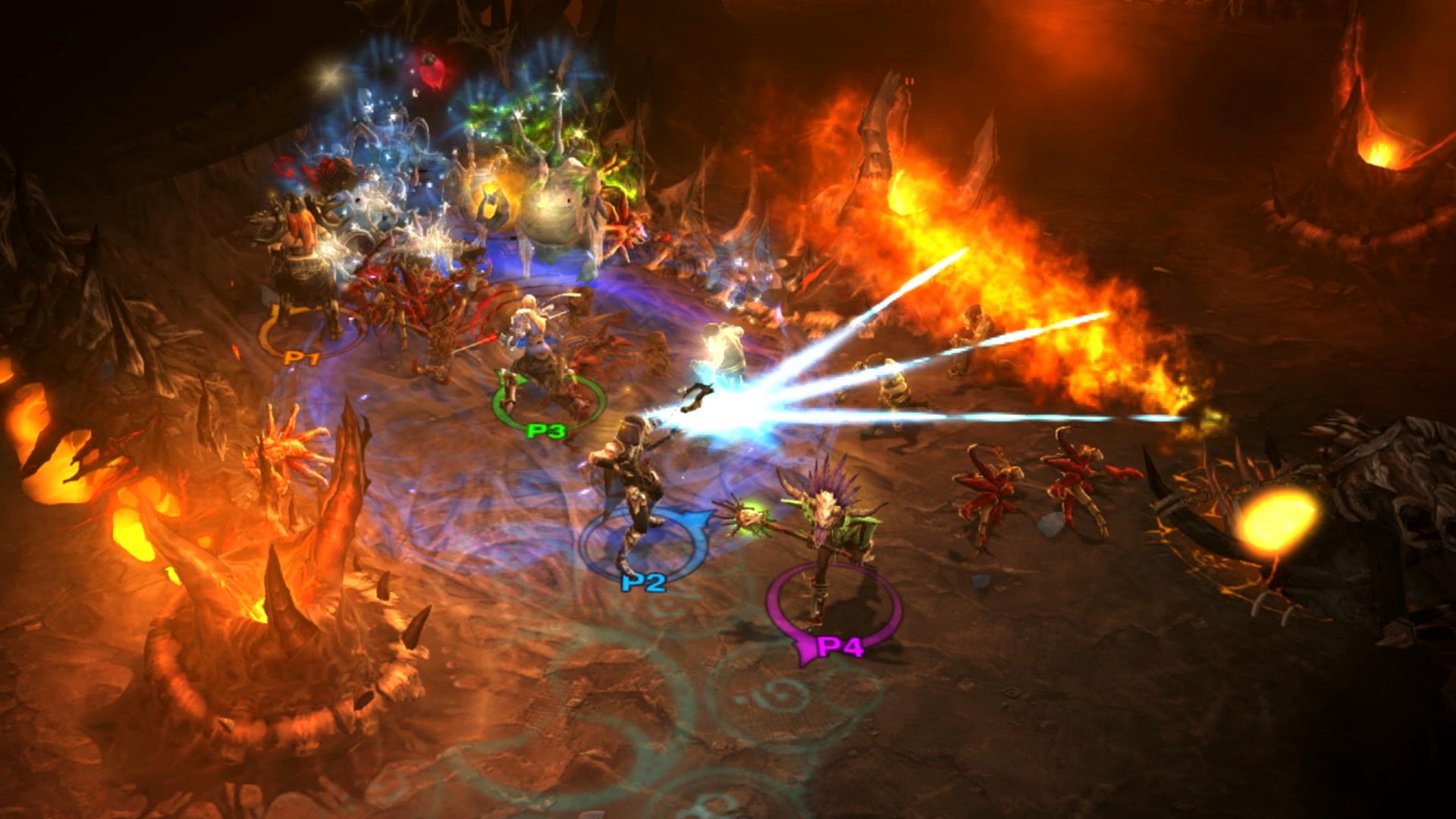 Another detail that we found very interesting is that in Switch we will not need to complete the main story to play the Adventure Mode , since this will be unlocked from the beginning, a decision that seems to us a success for those players who they played it in some previous version and want to go straight to the point (that is, to upload characters and equip themselves).

For the rest, we are facing the same game as always updated to its latest version, so it is on a par with the other platforms. Of course, the great novelty is that here we can play in the portable mode, being able to take our adventures anywhere to enjoy the butcheries of the game where we want.

The good news is that the gameplay does not suffer when playing in this way, allowing us to follow the action perfectly at all times and with great fluidity, becoming the ideal option for fast games. Perhaps the only “snag” we could put is that the source of some texts is rather small, especially with regard to the descriptions of the attributes of the objects. 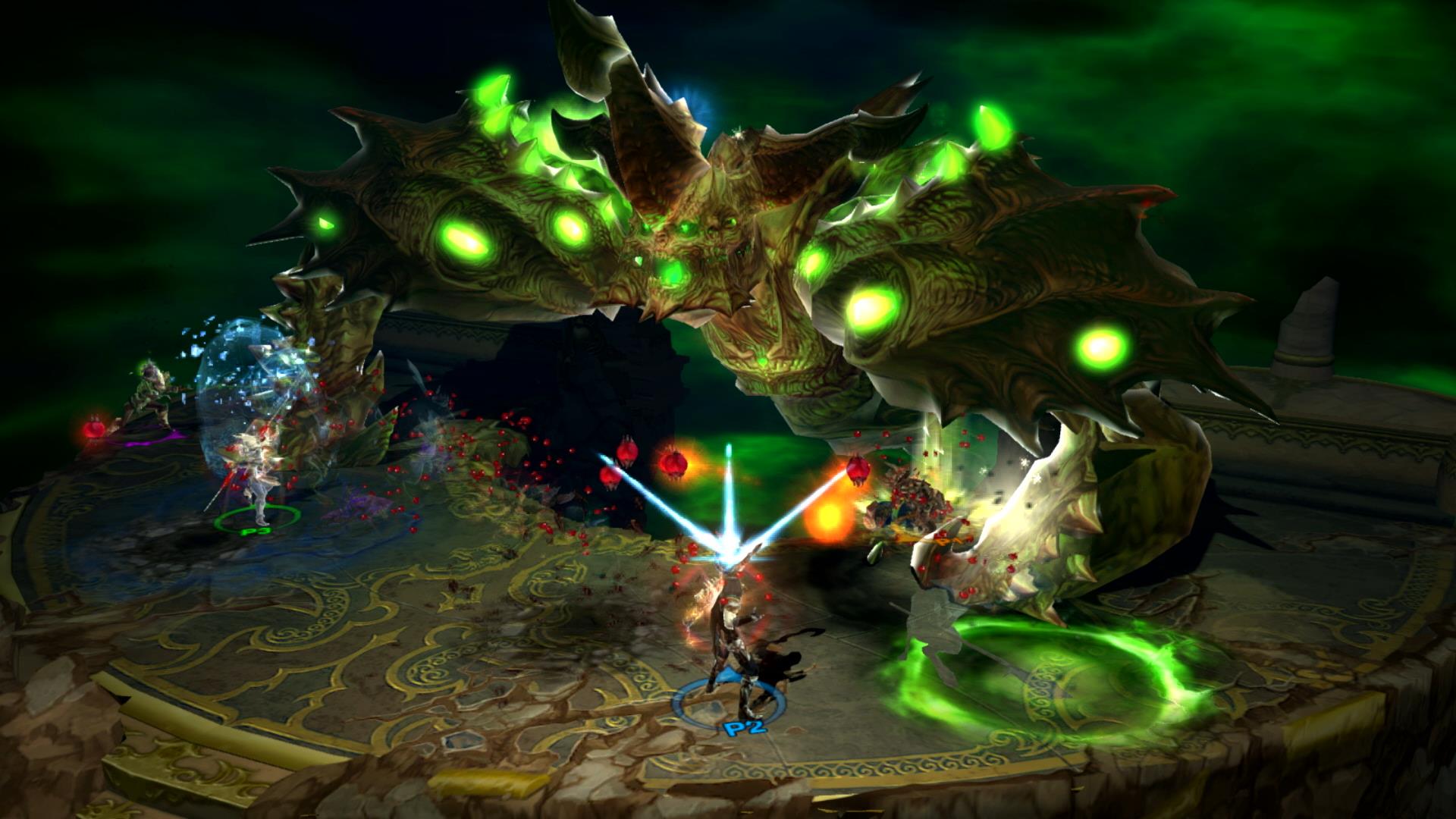 Of course, thanks to this option it is also possible to play local cooperative with a console per player if we wish (each with its own copy of the game, of course), even with different combinations of portable mode and desktop (for example, a player with your device on a laptop and the other three on the television with another switch).

At a graphic level, we can not do anything other than praise what the developer has achieved with the hybrid, as it looks spectacular. Its resolution in desktop mode is 960p, and despite not reaching the 1080p, at all times shows a very clear and clean image that can only be attributed to slight edges of the saw on the closest planes.

Otherwise, it moves to 60 images per second constantly without resenting the least, for more enemies and effects that are simultaneously on the screen, something that has much merit considering the huge amount of things you have to move and show the continuously. The fluidity is total and we have not experienced a single pull, even when we have intentionally caused a large graphics load.

In addition, the textures, the complexity of the effects, the modelling of characters and the animations are on par with that seen in other versions, so the only notable difference is the resolution. All this applies to portable mode, although here, for obvious reasons, the resolution is reduced to 720p to fit the specifications of the screen.

Finally, the sound maintains the same and great soundtrack, the varied and clear sound effects to make our killings even more satisfying. 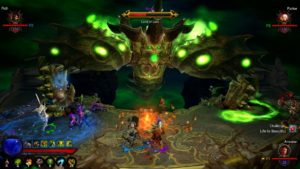 Diablo III: Eternal Collection is an exemplary adaptation of a game that took couple years to arrive the Switch system but rest assured it offers hours and hours of fun on many platforms, keeping all its virtues intact and adding, for the first time, the attractive possibility of playing anywhere thanks to the capabilities of portable Nintendo Switch. A highly recommended purchase for anyone who has not yet had the opportunity to enter the dark world of Sanctuary or simply want to hunt demons both inside and outdoors.

We have prepared this review with a download code provided by Nintendo.