Vicarious Visions brings the essence of the series with a very careful remake of the first two titles.

The first two installments in the Tony Hawk’s Pro Skater series are so popular they kept receiving a remastering or remake per generation. After debuting in 32-bit, they saw an Xbox remaster with Tony Hawk’s Pro Skater 2x, which offered us all the levels of the first two games, five exclusive phases and some improvements of the third part with improved graphics. Already on PlayStation 3 and Xbox 360, both deliveries reappeared with Tony Hawk’s Pro Skater HD, which although had its problems after Shred and Ride came like water in May. Now, far from the questionable hands of Robomodo, Vicarious Visions (responsible for the saga in Game Boy Advance and DS) recover two historical titles to close the current generation.


Everything stays true to its origins

Tony Hawk’s Pro Skater 1 + 2 is a remake of the two games that started this saga of extreme sports, and that recovers its essence almost intact while expanding it and giving it a major facelift. Everything remains the same: we have before us a series of scenarios full of small tests and that we have to do in less than two minutes, although we can retry as many times as we want, while we get points to improve our skater. There is a little difference: our skater’s skills are more or less those of Tony Hawk’s Pro Skater 4, so we can do tricks that were not present in the games it is based on, but we have options to stick to their respective controls if we prefer. 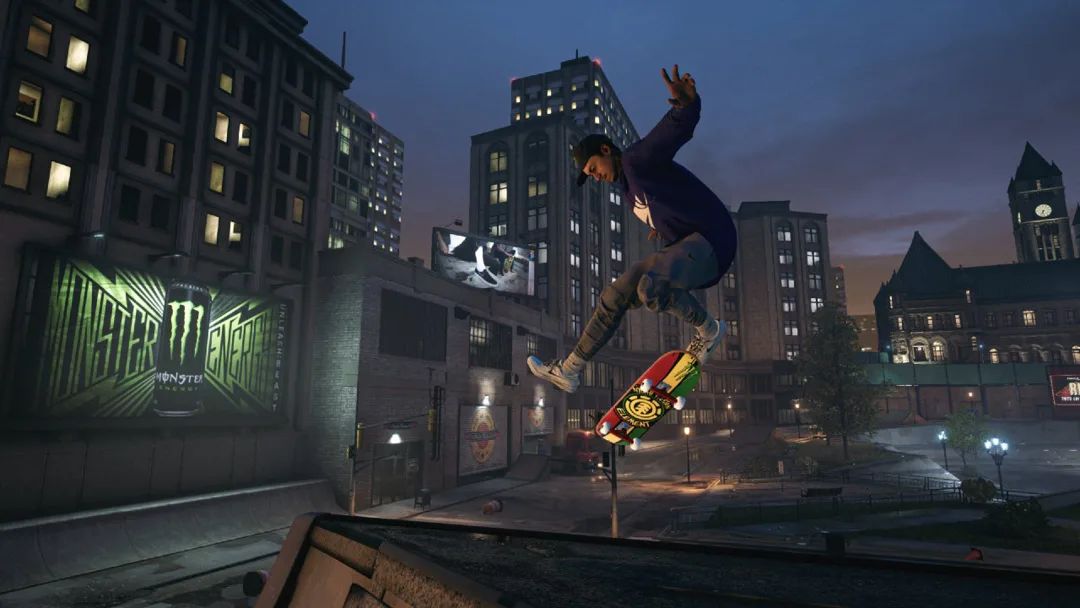 If you are concerned about the physics, we can tell you that Vicarious Visions has practically nailed them. There are some very specific things that differentiate them, but you have to be quite purist to notice it; the vast majority of the time is like playing the originals. This is the best we can tell you about Tony Hawk’s Pro Skater 1 + 2 : it’s like taking our PlayStation and enjoying the two titles from 20 years ago with current graphics.

The studio behind this remake has managed to do something that is not easy, implement novelties to games from two decades ago and integrate them organically. On the one hand, we see minor modifications to some of the classic tests, as well as new ones, like finding the Vicarious Visions logo on stage. On the other hand, we see a challenge system that rewards us for practically everything we do, and that allows us to level up and unlock customization elements, both for our character and for the park creator, which lets us share our skate parks via the Internet. 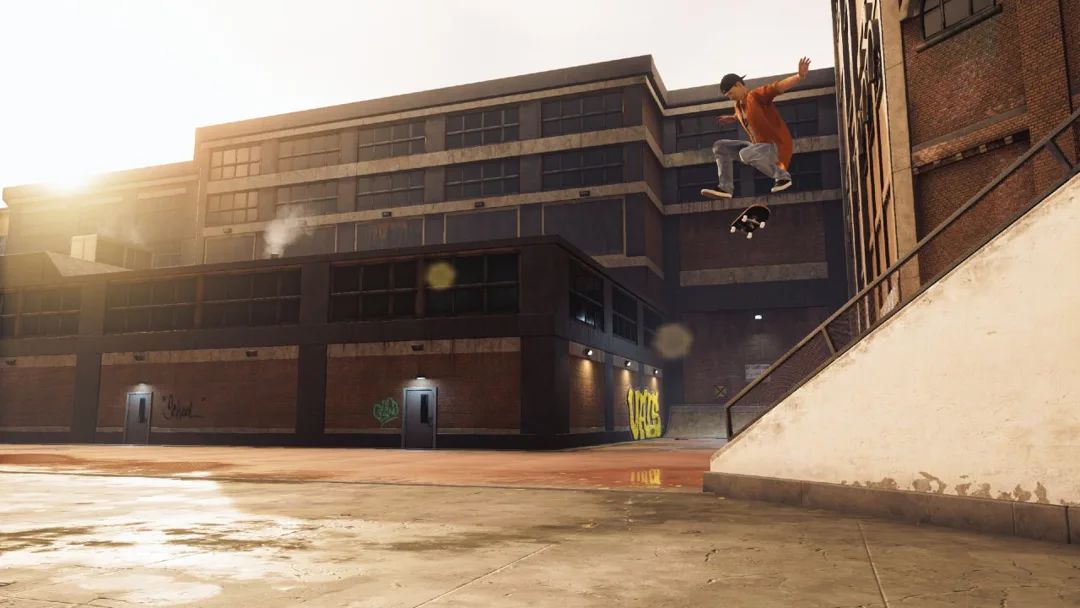 In addition to the traditional game modes, we have one that encourages us to publish our best scores on the internet in two minutes or how quickly we can do all the objectives of a level, something that we have found a real vice, and We believe that those who already know the saga will like it a lot. To this must be added, of course, the online mode, which offers casual and competitive modes, with the well-known “Trick Attack”, “Combo Attack”, “Graffiti” or “Combo Mambo”. It is a pity that there are no private games and that they force us to play with strangers (unless we have a group of eight friends, since groups we can do), although Activision has promised that they will be included later with a patch.

Plays and presents as a current-Gen experience

Audiovisually, it’s impossible not to praise what Tony Hawk’s Pro Skater 1 + 2 has done. In fact, we think that screens don’t do it justice and that in motion it looks a whole lot better. The level of detail everywhere makes it look like another game at times, and it’s funny how Vicarious Visions has had to resort to little tricks to make up for the graphical jump. For example, in the original games, the lack of detail made the school bells show clearly on the wall; now they have been illuminated to make them more visible since it is easy to confuse them with any other element. 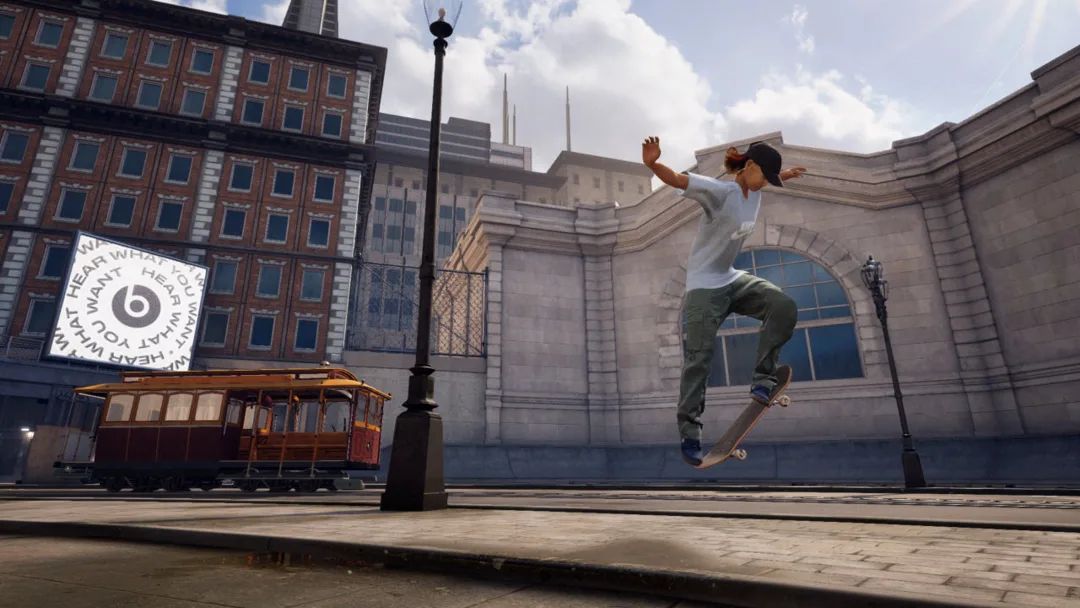 The detail of the skaters is fantastic, not only in their appearance but also in the animations. Many more animations have been introduced that make everything more fluid and natural, and we even see some specific to certain shots. In general, everything is very careful, and we miss that a photo mode has not been introduced to be able to appreciate the fantastic work done by the developers. As if that were not enough, everything moves at a very stable 60 images per second, although when going to split-screen multiplayer mode the rate is divided and, as if that were not enough, it becomes somewhat more unstable.

In terms of sound, we are going to find, as we said, the original soundtrack almost in its entirety along with quite a few new additions, such as Less than Jake or Billy Talent, that fit perfectly into the skater culture. Well implemented sound effects and voices for specific things like the tutorial or the violent drivers round off a section at a fantastic level. 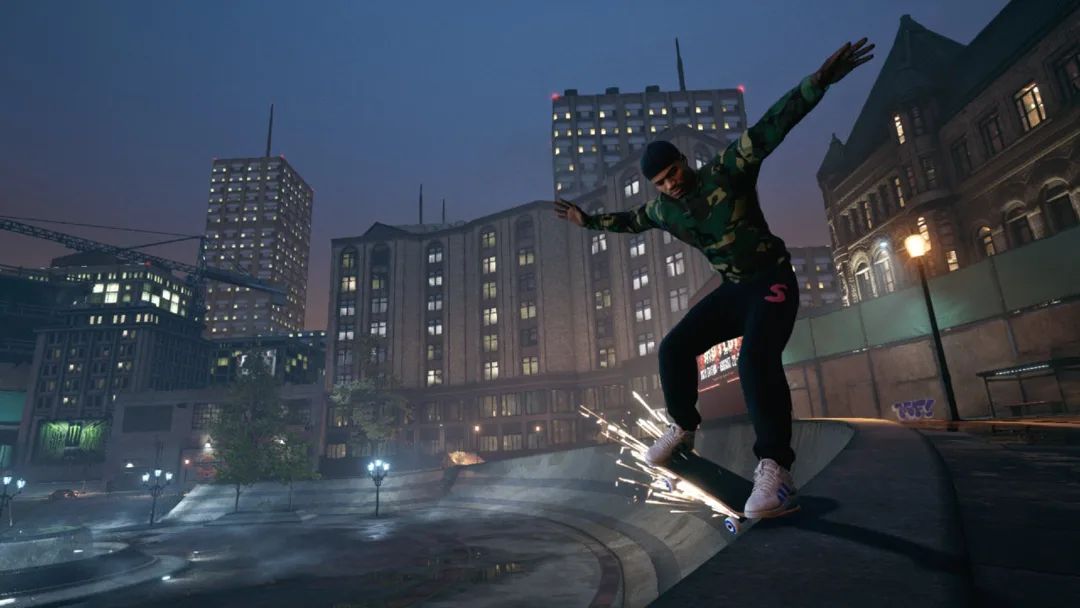 We are not going to deny that,  a third remake/remastering of these two games seems excessive, but after Tony Hawk’s Pro Skater 5, a remake as careful as this one was necessary. Nonetheless, they are two of the best games ever, and they handle the genre incredibly well. We know each and every one of us who played the original has fond memories, and yet we have had a great time rediscovering them with their new graphics and new options. We believe that Vicarious Visions has managed to maintain the essence and expand it with great success, and we have no doubt that we are going to spend a lot of time enjoying this game… Whether you played it or a newcomer you should definitely give this a try.

We have prepared this review with a digital code for the PS4 Pro version of the title provided by Activision.