First-person narrative adventure that attempts to tell the conflict of a brother and his sister, both who have been orphaned.

Blackwood Crossing is the debut title from PaperSeven, a small studio in Brighton (UK)founded by former Black Rock Studio ( Pure, Split / Second ). In this new studio, they move away from the racing genre and start working on narrative interactive experiences, with the purpose of exploring emotional issues that affect the players. A very praiseworthy goal, but its first title in this genre proves to be, unfortunately, the most mediocre. Let’s see why.


This first-person adventure puts us in the shoes of Scarlett, a teenager who travels on the train with her little brother, Finn. We can not tell more about what happens because it is about discovering the past and events as the story unfolds. In any case, there is no great history, nor great character, nor a great script. The greatest achievement of this title is the characters of the children, who are the most developed. Even though their script poorly written, it blends, with the obvious handicap of pretenses scene after scene, that they try hard on resources too basic to work with the adult player. 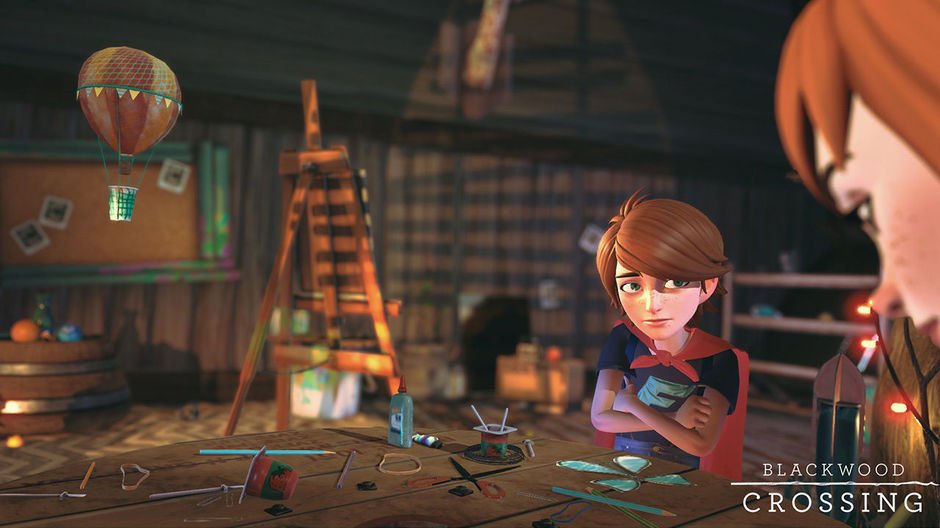 Although the plot did not highlight, the narrative could solve it. It is not the case. Except for two specific moments, you do get a smile because of the originality and the good execution in the assembled universe; the rest is frankly disappointing. The succession of scenes is disconnected, precipitated and forced, seeking sensations with effective techniques in other works, but failing to take them to practice, thus achieving the opposite effect: connecting with the characters and their lives is complicated by the simple reason is they are not interesting. 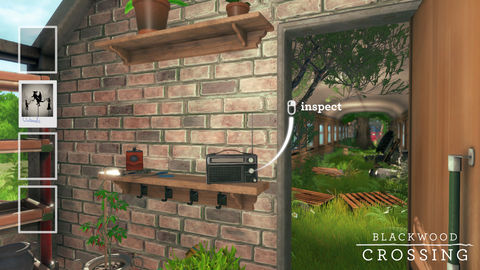 Gameplay is another weakness of Blackwood Crossing. It consists of moving forward, interacting with accessible objects (doors, windows, stairs …) and talking with other characters. The big problem lies in the mechanics beyond these bases, because they come and go in a confusing, inconsistent and denoting a poor design, not making a clear goal and possibilities that the player has at their disposal. For example, sometimes we can take objects and store them in inventory, but 90% have no function or meaning. The moments in which they are used to solve to advance are evident, that added to the null difficulty of the “puzzles” causes an absolute slowness in the experience.

Another absurd element of the gameplay is the mechanics of attraction and drag of darkness and fire or the ability to “give life.” If you already raised an eyebrow, you can imagine the confusion of the player, in the game. It is understood as a resource to diversify the puzzles and even as primary symbolism for the traumas that the brothers harbor inside, but their implementation is harmful. It is not fun, it does not contribute anything, and it does not even stay consistent in its own laws (is darkness destroyed with light, but now it also sticks to trees?). 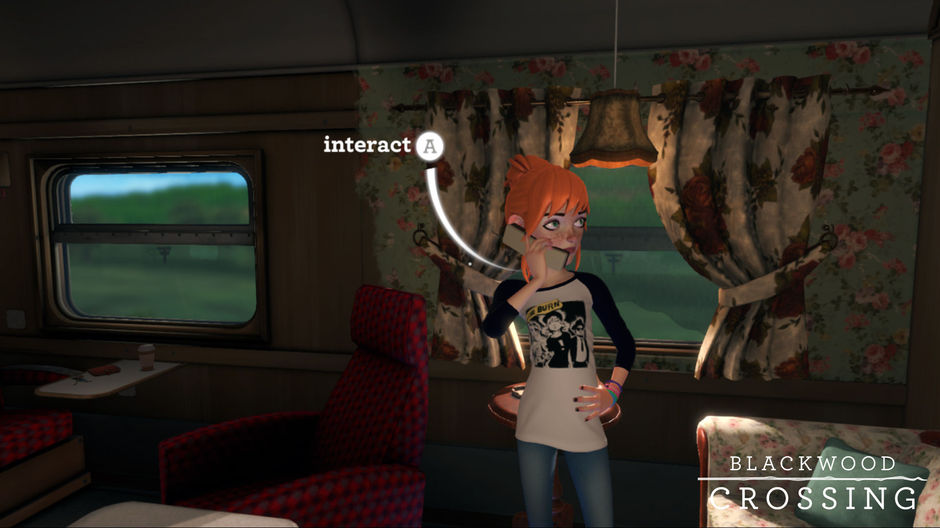 From time to time we can define the response of the protagonist choosing between three attitudes, although this has no repercussion in history. The development is completely linear in the 2-3 hours of the adventure. This is not a bad duration for the genre and its indie nature, but it gets tedious by the constant feeling that the game is trying to get us to some point that never comes, like an eternal prologue that suddenly reaches the conclusion and releases the Player leaving an indifferent flavor. All this is made worse by the absence of a command that allows to accelerate the passage and to travel with the greater speed the four scenarios that are recycled again and again.

If there is something remarkable in the game, that is your visual section. The cartoon graphics are a great choice and look great with vibrant colors and scenarios that you enjoy walking – aside from the fact that you sometimes just pause and stare. Aesthetics, the contrast with the masks and all the anger that comes to channel through a seemingly childish style is resolved with good taste, even if it suffers from having some rather crude animations, at a level very similar to what we see in  Telltale Games.  In the sound section, there is not much to comment, as it is simply correct, with ambient melodies and character voices in British English. 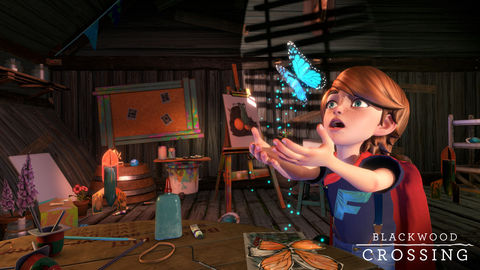 Blackwood Crossing is a mediocre production, of failed intentions and, therefore, very forgettable. Despite dealing with interesting topics such as incomprehension, infantile rage or the feeling of abandonment, its general quality leaves much to be desired, and unfortunately it is not a game that deserves to devote your time and money.