The latest Bomberman reaches new platforms and with the content launched for the current gen consoles in recent months.

A little over a year ago Nintendo Switch was released and apart from the launch title The Legend of Zelda: Breath of the Wild, Konami released a launch title too. Not Metal Gear, PES or Castlevania, but through Hudson Soft-: Super Bomberman R.

The initial reaction was not exempt from some criticism, but over time was receiving updates that polished the performance, added characters with special abilities and a Grand Prize mode. Now it comes to PC, Xbox One and PlayStation 4 with all the accumulated content, a more affordable launch price and exclusive Bomberman according to the platform.


It is always interesting to have a Bomberman on each console because they are a guarantee of authentic vice, and because the clones of recent years have not been good substitutes. Yes, we refer for example to Basement Crawl, a darker and gore version that received a lot of criticism due to poor gameplay mechanics; the developer Bloober Team was aware of the blunder and later re-created it with Brawl -not original and ugly, but something more dignified-.

What exactly is Super Bomberman R? Well, in essence, the usual formula. The rules are very simple: we control our character by a maze or grid board full of indestructible pillars and other obstacles, such as boxes, which can be broken with bombs. The objective is generally to finish off the enemies and avoid falling into the blast wave of the explosions taking advantage of the resistant blocks. Add that the enhancers increase the number of bombs, speed or size of the explosion -or cause negative effects-, and you will have a hilarious multiplayer that you learn in five minutes. 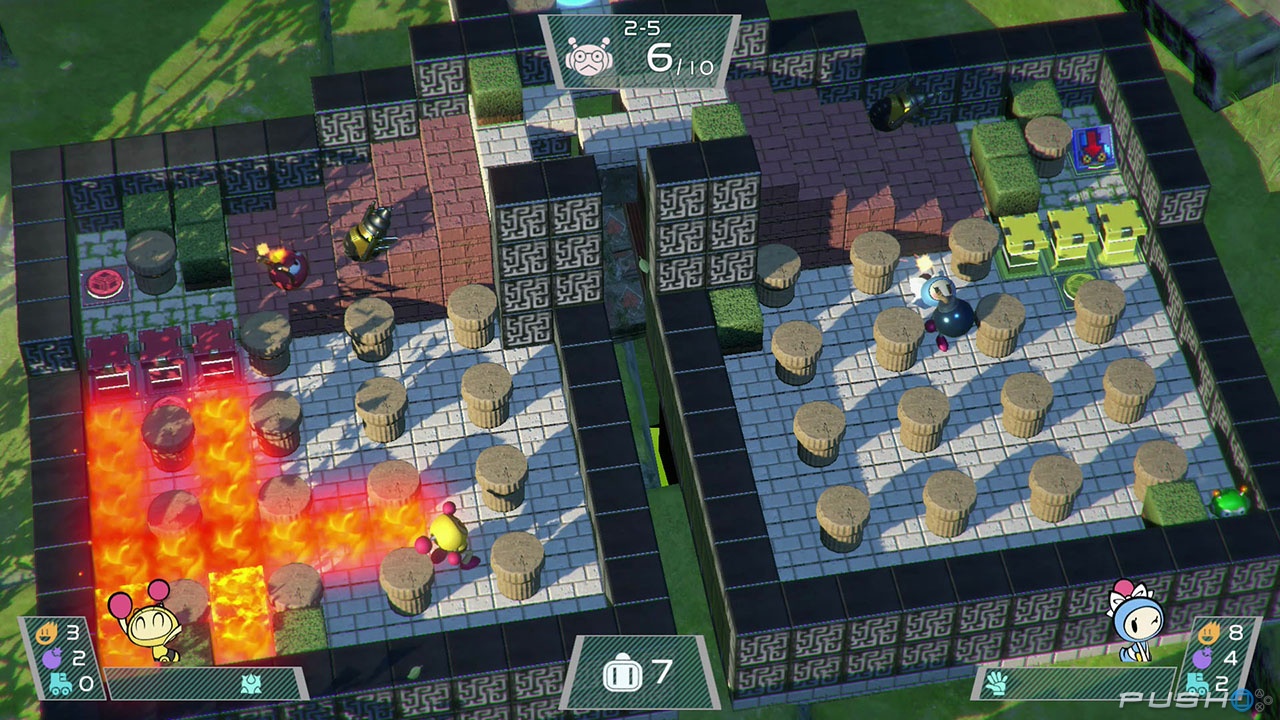 This time Konami has moved away from experiments, which have often ended up damaging the base, so the absence of great revolutions can be both a positive and negative according to our tastes. But in general, we know that most fans end up choosing maps and more direct modes, without excessive traps in the environment or complex mechanics. In short, in terms of gameplay is not the best or deepest Bomberman, but neither is one of the worst 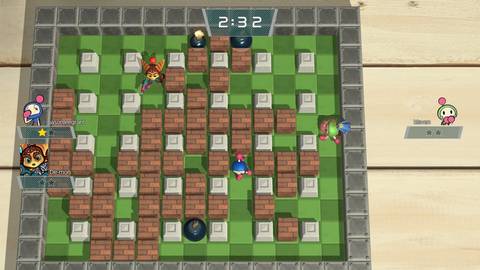 The game modes: better in company

Super Bomberman R, in Switch and now in the new platforms, still has the weak point as the content for a player. We have a story mode that consists in overcoming a succession of phases set in planets/themes that culminate with their final boss. It is adorned with animated sequences that tell the appearance of a villain willing to conquer the entire galaxy and, evidently, the Bomberman are the only ones who can stop their intentions.

The rules for victory sometimes move away from the classic “eliminate all enemies”, for example making us go through a few switches scattered across the map, looking for keys and objectives of the style. These scenarios have their mechanics that add a bit of unpredictability to the battle, such as the differences in heights, the magnets that attract nearby bombs or areas supported by blocks that break unlocks more areas of the map.

This story that can last us a few hours has levels of difficulty and the possibility of playing cooperatively, which is the most interesting, but in the end, it becomes a mere apology to get coins with which to unlock new Bomberman designs. including cameos from other sagas, and each with its special ability – maps – more than 20 extra sands – or accessories. 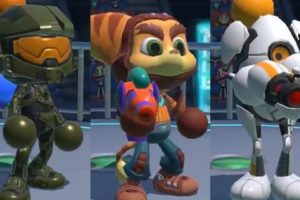 The fun is in the multiplayer, either local -four players- or online -eight players-, and here it is very difficult to fault. If you play with friends and the level of experience with the saga is similar you will have fun for many hours, and the conclusion is the same as in our analysis of Switch: fun, but few surprises for those who know Bomberman.

The settings to create rooms allow us the classic mode all against all, by teams , adjust the duration of the game, activate blocks of pressure -reduce the map when time runs out-, the revenge carts -the dead players remain in the margins to annoy the living-, appearance of skulls or disable special abilities. Most online games have worked well, but the only problem we find is that the community seems small during the first days after the launch, it takes to get games with more than four players.

In its launch for the Nintendo console these were all options, but months later it would receive -with a free update- Grand Prix, with three-player team games and two options: Basic Bomber, which consists of defeating the enemies, and Cristal, where he struggles to get some crystals distributed on the map. Each character has different powers and the characters that cause low resuscitate after a while. This mode gives more alternatives to the multiplayer – and to the game alone, you can choose rival’s CPU – and having debuted with the game in Switch, it would undoubtedly have made the roundest launch.

Visually, there are no visible changes with respect to the original, other than the increase in resolution and a stable 60fps. Because of Bomberman’s artistic style, you can not put a lot of flaws on it except for some de-iced areas outside the combat arenas – which you will not pay any attention to during the game anyway.

Super Bomberman R continues to offer little in single-player content; The story mode can be considered a long tutorial to learn strategies and the biggest incentive is to unlock a multitude of new scenarios for the battle. But of course, Bomberman is not meant to play alone: even for short sessions, the series is capable of shake and ignite rivalries, either with friends in local or online games.

The version of Switch has been updated with these contents and therefore there are no notable differences between consoles and PC except the choice of one or the other depending on our preferences for portability, graphics quality or platform where our acquaintances play. In any case, if you missed it during Switch launch, Super Bomberman R has improved in recent months and now it is more appetizing than a year ago, regardless of the platform of your choice.

We have made this review on a PS4 Pro with a download code provided by Konami.