Quantic Dream has already shown its new project for PS4; “Detroit” , a promising science fiction story in which studio have said that is somewhat different from the previous games.

It wasn’t shocking seeing a remastered Beyond: Two Souls. Heavy Rain will also follows on March 2 and also a collection in physical format that will have both games, this is a great opportunity for those who could not enjoy them on PlayStation 3.

Beyond: Two Souls was a risky project. Especially when Fahrenheit got mixed feedback from players back in the day. But Heavy Rain was guided by a more realistic story inspired crime films, especially the most influential, Seven. Sony did give the green light, and let the director control their own goals.

But with Beyond: Two Souls the result was somewhat irregular. Expectations were high after Heavy Rain, despite the controversy over whether this was a game or not, end product surprised the majority of users by the novelty of its approach, a story with a deep mystery, the outstanding atmosphere and characters with charisma. Jodie Holmes, (played by Ellen Page) from childhood until about 30 years and her special gift: is attached to an entity that interacts with the environment, it is able to possess people and has a whole series of effects that the rest of us consider paranormal powers. Nathan Dawkins (portrayed by Willem Dafoe) whose a professor specialized in parnormal activities, dedicates his work to research, and study what and how Jodie posses these unique powers. 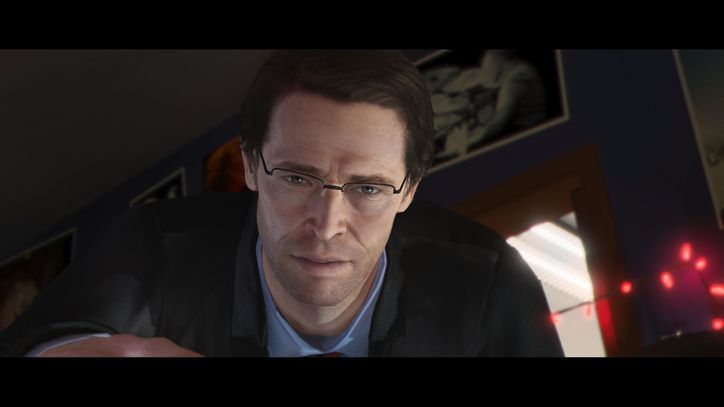 The existence of ghost Aiden is an essential part of the gameplay. David Cage(director of game) did not hesitate to highlight areas where Beyond exceeded Heavy Rain: an experience with more action, more direct control of the world and more spectacular. All this being true, and let us put our personal considerations aside about which story is more interesting or not, Beyond took steps forward but also some back.