Hoping to get a patch to fix for an unfinished skate game once to be a legend now disappoint the fans.

Fans of the series Tony Hawk’s Pro Skater have been waiting long time for this game. The first deliveries gave us some of the most fun evenings in front of the console, and, like everything else, trying to squeeze the maximum saga ended by exhausting it. After leaving its essence a little aside and experiment with peripherals not going to any part not just because they do not have wheels-we get to enjoy a proper remake of the first deliveries leaving the door open to hope.

Later, we met Tony Hawk’s Pro Skater 5 , and received with open arms. Yes, it is true that perhaps the first impression was not the best, but we wanted to believe that there was room to return to Tony and enjoy company . After we test it at E3 was still more aroused doubts and unexplained late changes -see graphic-style, or know that the disk is almost no game, we feared the worst. And so it was.

Something must be sought

Tony Hawk’s Pro Skater 5 is a game arcade skate, which is power make combos and impossible tricks. realism is not looking, just having fun, and that is something he shares with the classics. In this installment again challenges by scenarios, take SKATE, find the secret tape-now a DVD, make high scores or varied challenges here and there. This rule, though, the original time rounds in favor of a system in which you activate the mission we want to do. 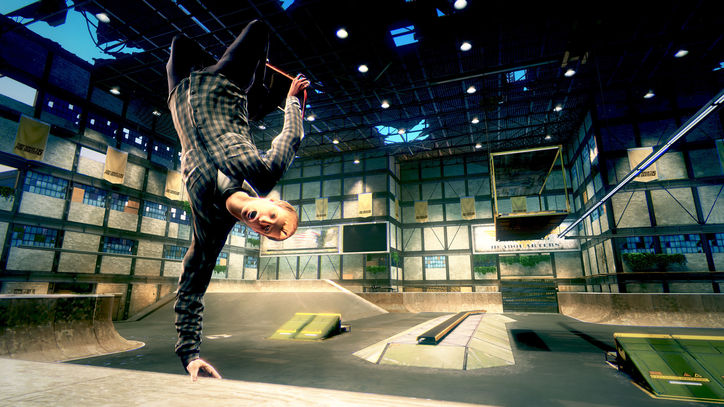 The ‘Falcon’ re flying again, even if it costs off the ground.

Before telling what surely seems a tragedy, we want to reassure you and tell you that something is. The formula for Tony Hawk’s Pro Skater is not broken, and Tony Hawk’s Pro Skater 5 is fun … when it works. It’s a game clearly without Finally, with dozens of errors and optimization problems. In fact, we are confident that the graphic change was because they could not keep the pre-1080p and 60 frames per second graphics, even being typical of early PS3 game or late PS2 era game. 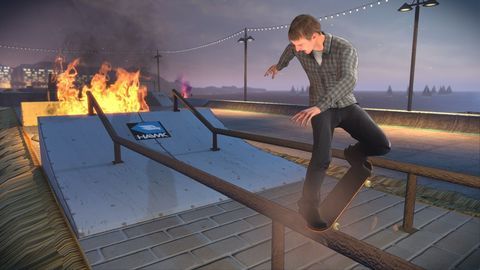 Robomodo and Disruptive Games have taken some very, very questionable decisions, and most of them with regard to control. If we’ll allow the scheme original control of the series seemed to us perfect, and now they have introduced new buttons that complicate the scheme absurdly, and remove space for other movements. The most radical change is to bring accelerate and brake to R2 and L2 , like a racing game were, none meaningless since no analog acceleration or braking in the game. This conflicts with buttons as the revert or change / modify the position, and other movements that have fallen by the wayside.

The fan more hardcore saga will not end missing understand things as basic as the acid drops or the ability to modify the grinds and manuals , especially when the latter two have no impact on the design of scenarios and carry years implemented in the gameplay. This, together with the physical something ligeras- lead us step back from something that Neversoft had already managed to polish many years. 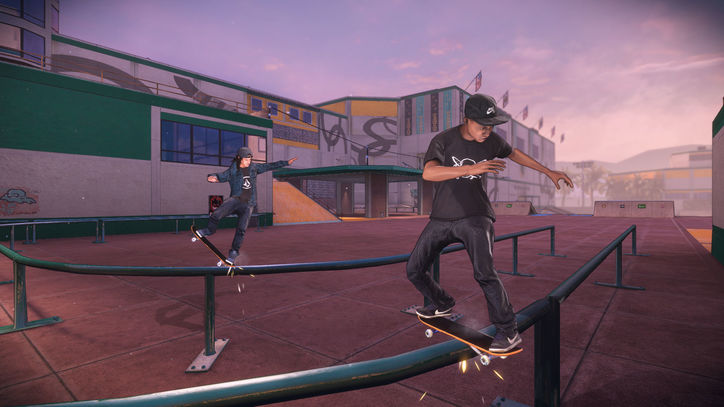 With friends (or enemies) is more enjoyable experience.

Speaking of which, recovered park editor and publisher of characters , and while the first is quite complete-and the ability to share online will give life to the game-quite, the second is much more limited. The rest of the game offers basic single-player or multiplayer cooperative mode -the Carrera and different competitive modes, more or less known, Trick Attack, Combo Mambo King of the Hill and Death Match.

The Last of Us Part I opens in the UK as the best-selling game of the week
September 5, 2022
Average User Rating
0
0 votes
Rate
Submit
Your Rating
0