Back when there was a time that games did not have to be open-world. Also, the games did not need to last a minimum of 50 hours, they were no side missions, skill trees,  endless walks or need for implementing multiple genres under one title. There was a time when linear adventures could be outstanding games. We are not going to compare if games are better or worse now compared past, but neither will we deny that we miss those days. Luckily, Asobo Studio and Focus Home Interactive offer us A Plague Tale: Innocence, a title that reminds us of those good old days.


The fight for a destiny

A Plague Tale: Innocence is a third-person infiltration and puzzle game in which we control Amicia and her brother Hugo in the mid-14th century. For a reason we do not know, the Inquisition is chasing the little one, and our goal is to escape from it. To make matters worse, an epidemic of black death plague is devastating the country, and rats have become a huge danger. They are everywhere, and they have become lethal creatures.

We do not have much to defend ourselves beyond our sling and fire, although little by little we will learn to make new objects to scare the rats or distract them, or even melt the metal of soldiers’ helmets to attack them. We can also gradually improve our tools with the materials we find throughout the game.

The gameplay mechanics are clear and simple and has three main areas: exploration, infiltration and solving puzzles. There are also some action and combat, but those moments are just to integrate some variety to the gameplay. As we progress and increase our skill set we have more and more options to choose between infiltration and combat, so the more we advance in the game we get more freedom. The game constantly introduces new mechanics, giving a lot of dynamism to the gameplay, in a quite varied fashion, developers definitely deserves a big applause. 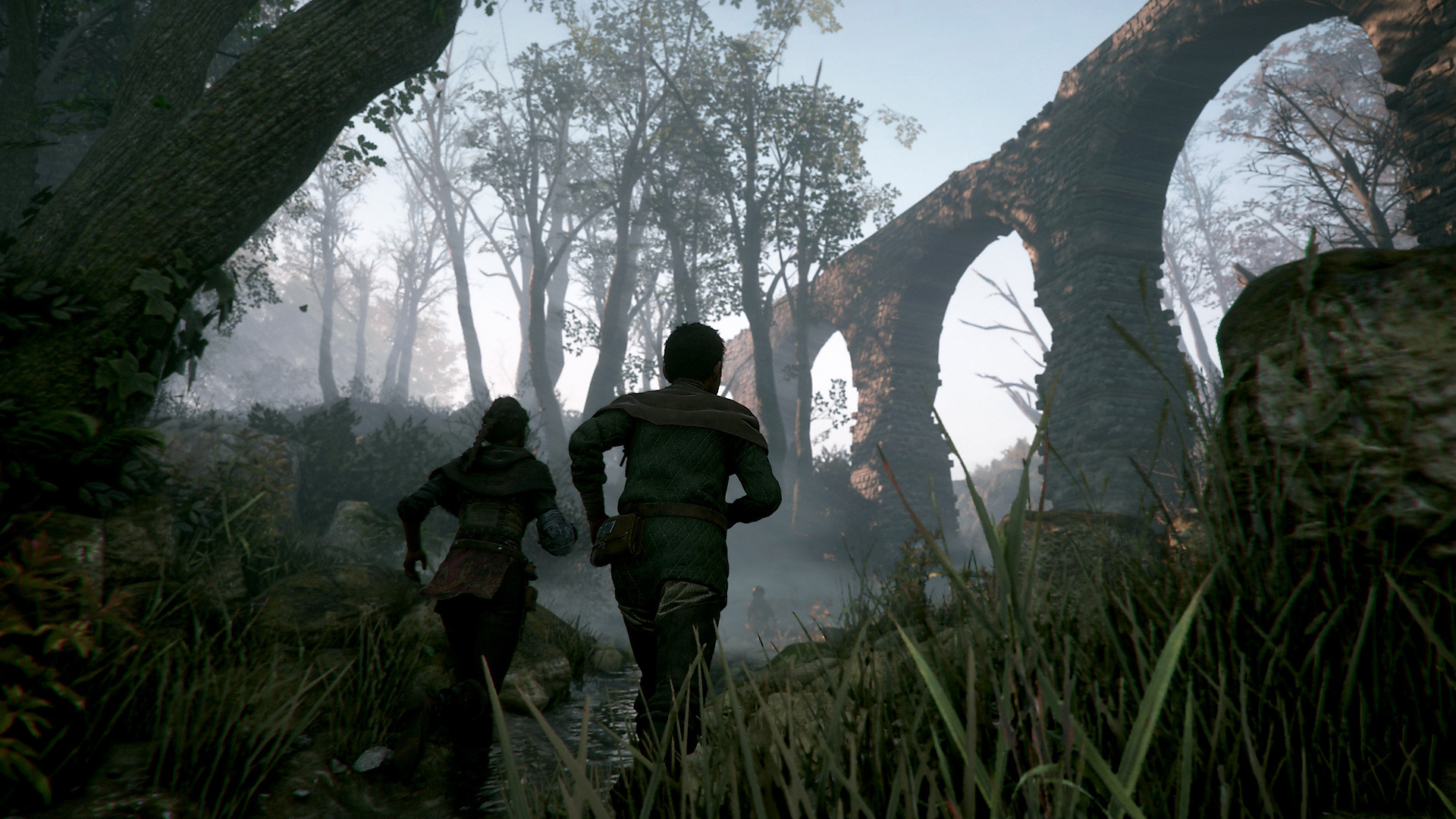 A Plague Tale: Innocence knows how to combine its ingredients with great success and keeps you entertained from start to finish. As for the difficulty, the last chapter proves that a higher difficulty feels great, but the developers have preferred to make an adventure that everyone can enjoy without too many complications. There is a ‘difficult’ mode that is not explicit, which consists of deactivating the HUD visuals or warnings in the options, such as the disabling the enemy indicator before you get spotted, if you’re looking for a real challenge go for it, but we wouldn’t recommend this mode if you’re playing the title for the first time.

It has a more than decent play-time for a game that is launched at a slightly reduced price. Play-time is between eight to ten hours. Personally, I recommend taking the easy difficulty. There are many secrets to be found, and not only are we going to discover collectibles, but also small moments and situations that help to delve into the story. 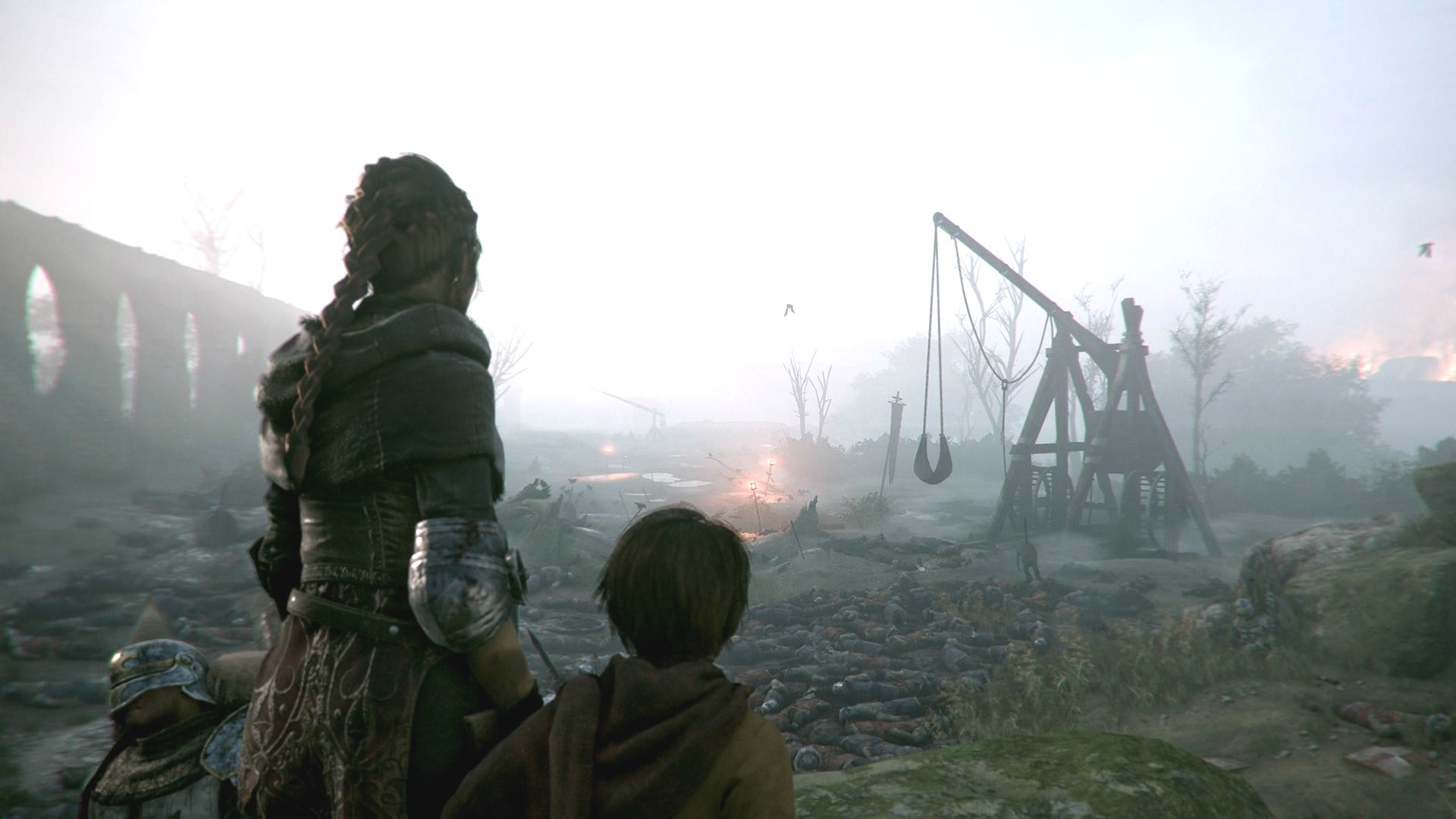 Asobo Studio does not particularly give us enough reason to go after collectibles. Since it does not tell us anything on items we collect and what we need to achieve in each chapter and individually replay them. It would have been great if we had unlocked something to find these collectibles;  give us some incentive to return to look for them. Simply, an art gallery would have been great, because artistically the game is simply amazing!

A Plague Tale: Innocence has surprised us a lot in the technical aspect.  Important to keep in mind that this is a small production, a double-A, but it looks great.  The title may not compete on certain things against the bigger developers, but still kudos to Asobo for making such a strong title. The audiovisual aspect seems very important since immersing into the universe of adventure is the key. 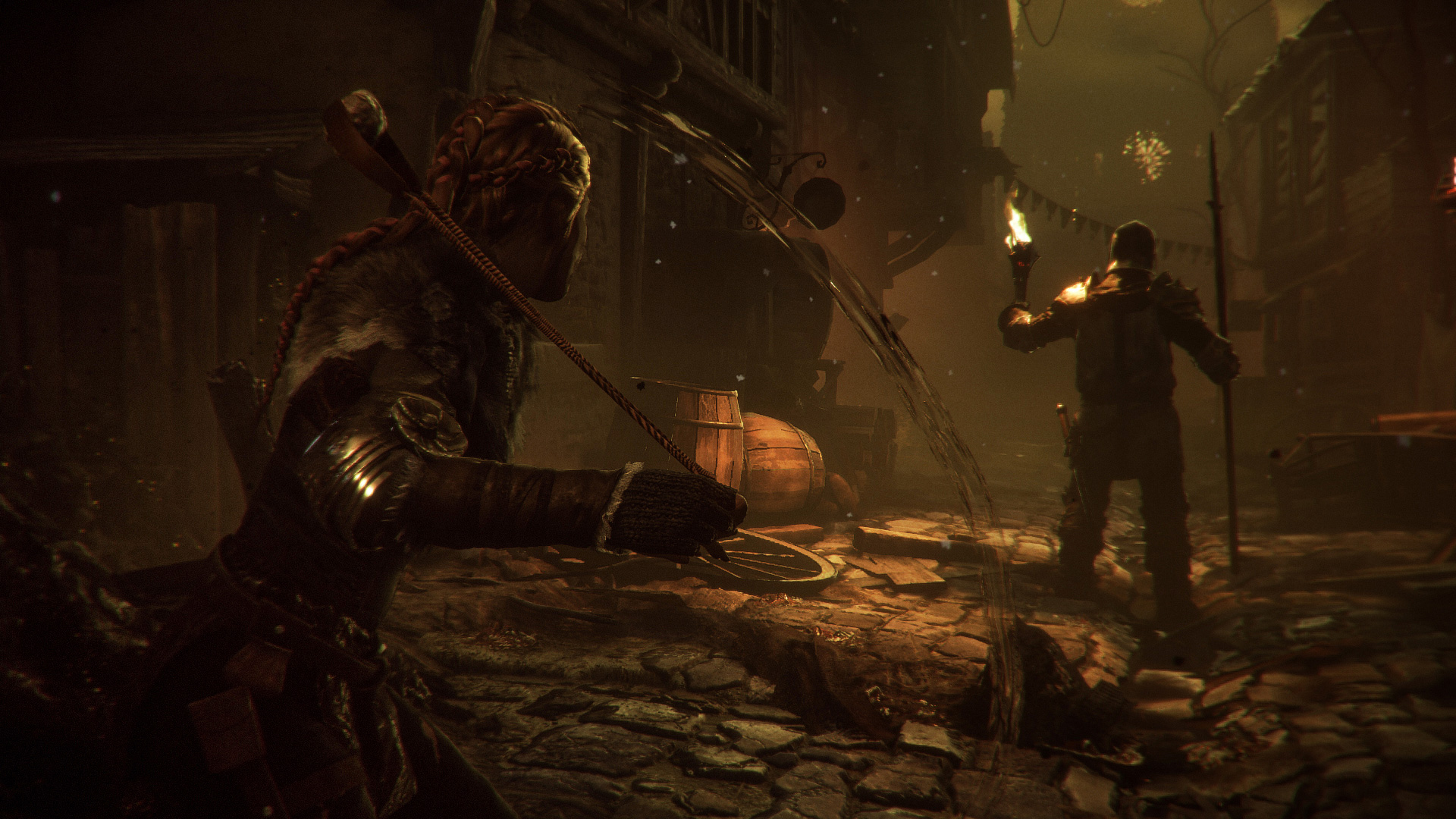 There are very, very impressive moments in the visual, either by the scenario designs and the details making the big picture. Both the environments and the characters are very detailed, they are quite well animated and the brilliant lighting puts the icing on the cake. In addition, the use of the HDR feels great, since it is a game with many contrasts, something that greatly benefits this technology.

We have analyzed it on PS4 Pro, and it looks great. The only downside that we can put is that sometimes it disables vertical synchronization to maintain the rate of images per second, and we would have preferred dynamic resolution to see the split screen, but neither is it too serious. We also miss the photo mode in the console (PC has Ansel), because we assure you that it deserves it.

In sound, it does not fail either. The soundtrack fits the setting and moments, as well as the voice acting has an amazing performance.

In a way, A Plague Tale: Innocence has been for us the cure for the plague suffered by video games; that plague of open worlds, artificially stretched duration, games as a service … That yes, they can be great and give us many hours of fun, but every once in a while you feel like something more collected; something that does not even matter for a second and where all the content has reason to be.

Yes, the new Asobo Studio is very simple, but it is very, very good. He does not try to cover more than he can, and prefers to do little and well that much and badly. It has a good history, good characters, great moments and a very varied development, which is based on a magnificent audiovisual section for a project of these characteristics. If you want an adventure of those that we see less and less, we believe that A Plague Tale: Innocence will not disappoint you.

We have prepared this review with a download code for the PS4 Pro version provided by Terminal PR.

Assassin’s Creed Ragnarok leaked, which takes us to the Viking era
January 9, 2020