If you ever played multiplayer modes in Sonic 2 and 3, where you race against an opponent in 2D parkours filled with ramps and obstacles .The starting point of Action Henk is very similar, updated with some ideas, inspired from games like Trials and Joe Danger.

The protagonist is Henk, a doll who has lived better times and used to be the “Toy of the Year” and received an award for it, but his appearance confirms that those times are over. When the evil Dr. Kentony steals his trophy, Henk at full speed to get in shape to chase the villain through a series of platforms filled with slides and obstacles, first in a children ‘s room and then much more spectacular and dangerous locations.


Running, jumping and slidings are the basis of the gameplay. You compete against the clock against a ghost rival, you bounce off the walls and slide down the ramps on a stage built with toys or parts. Your control is effected by the parkour, so once you gain momentum to jump long distances or move uphill at an acceptable speed is vital for achieving your goal. If Henk drop out of level , game respawns us back to the last checkpoint, in most cases, the loss of time means an automatic defeat.

You unlock levels by obtaining medals of bronze, silver and gold. Before start competing against a ghost you can choose the type of difficulty to learn on the fly if you want to earn any specific medal. The key is to learn the track and run the combo memory movements by the help of Ghost and save time, know when to slide and where to jump that is also highlighted by stickers or use shortcuts when possible.  Only with a touch of button you can restart the race if you fail, without loading the level again. 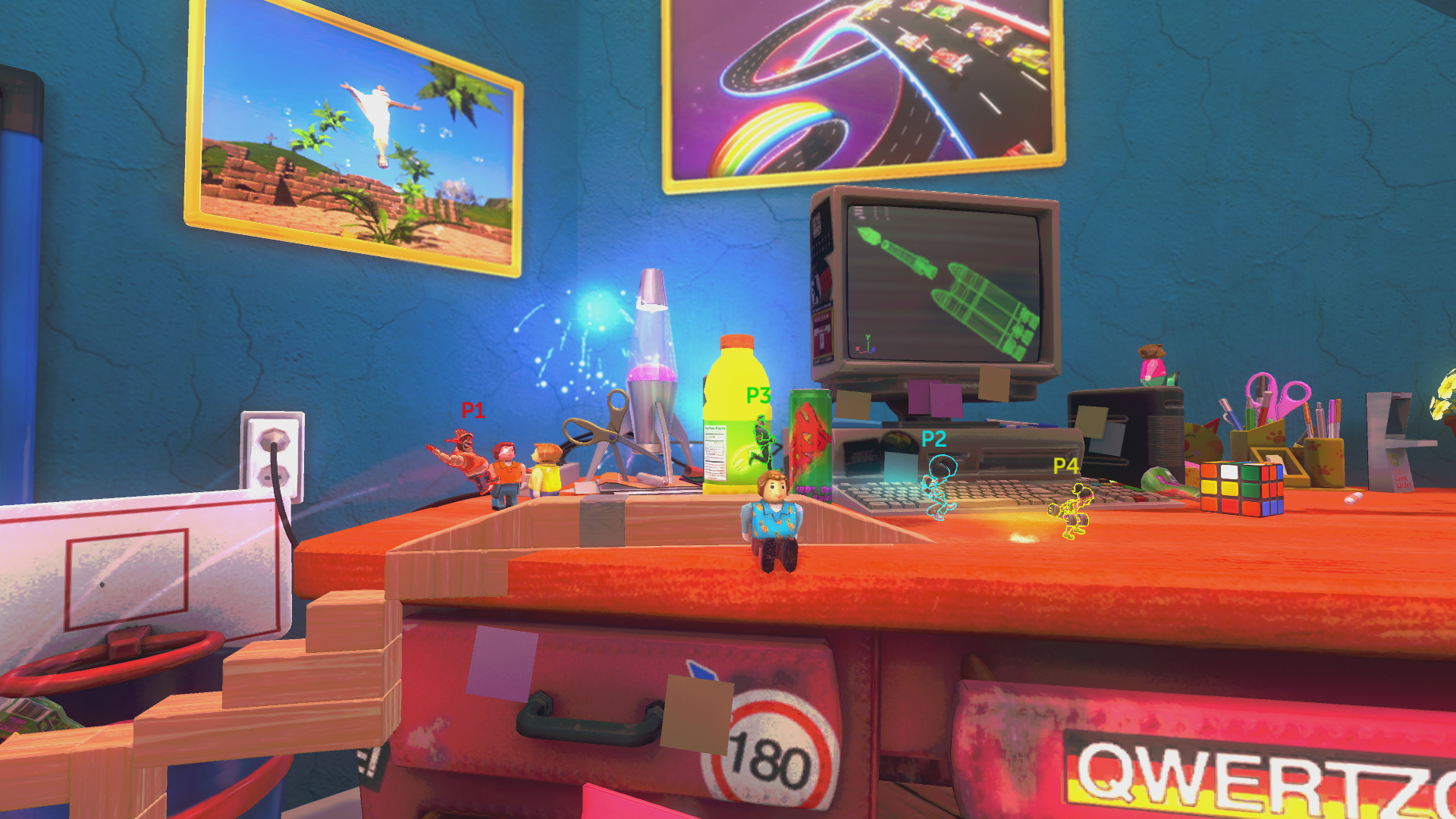 Action Henk’s mechanics are very simple. Which are the great strengths of this game, simplicity and addictive gameplay with a difficulty in most cases it fits well; the bronze can be obtained if you don’t like replaying the same level over and over again while for gold you need to master the parkour to the fullest. Regardless you will be at the start line as a matter of seconds more than you may expect. Over time, you will acquire the necessary practice and it will be easier to return to the early levels to improve your score and achieve the gold medals.