Two of the best PlatinumGames games celebrate their tenth anniversary with remastered graphics for the current generation.

PlatinumGames launched two of their best games 10 years ago. On one hand, Hideki Kamiya took the hack and slash genre to a new level with Bayonetta, while Shinji Mikami did the same with third-person shooting with Vanquish. Two masterpieces of their respective genres that continue to entertain as the first day, something that very few games are able to achieve after a decade since its launch. Now Sega wants to celebrate by launching an exciting pack for PlayStation 4 and Xbox One with a beautiful remastering of these two amazing titles, despite the lack of any new addition to either game, we will experience the best console versions to date.

Bayonetta: Fly me to the moon

We are going to start with Bayonetta, a game that has already set the bar high after having relaunched multiple times on different platforms. If you are one of those who still do not know this charismatic witch, you are facing a fantastic hack and slash that was born as an evolution and spiritual successor to Devil May Cry.

One of its greatest successes was the simplification of controls to make the title very accessible from the first minute, allowing us to make all kinds of combos with just two buttons, plus added to his dodge mechanics and Witch Time (if we avoided a blow just at the moment we were going to receive it, this would slow down the time for a few seconds) it resulted in a hilarious, agile, frantic and very spectacular combat system. Of course, this does not mean that it has no depth, since the list of possible combos is gigantic, especially as soon as we decided to experiment with their different combinations of weapons, a characteristic that gave rise to authentic madnesses.

Bayonetta was not just about good gameplay, the way story unfolds as you progress through brings surprises to us at every step with something unexpected, whether it is a new type of enemy, a unique playable situation that does not become to repeat in the rest of the adventure, bosses and mini-bosses everywhere and even moments of puzzle and “platformer.” It is a very varied adventure, with a devilish rhythm, with an insane staging and with an epic scale that does not stop increasing and is always at the service of the most implausible and satisfying spectacle.

Everything that made this game great is still intact, including its gigantic replayable values to overcome all its difficulty levels with the classification of Pure Platinum and to find all its collectibles and secrets, not simple tasks that would force us to be authentic true gamers. It’s everything a good hack and slash could aspire to be and much more. While it is true that there are some slightly irregular and misplaced details, such as its poorly designed QTE or very few platforming sections that tend to trial and error and can end up leading to some free death, that does not mean that it is an outstanding and essential title for any fan of the genre. 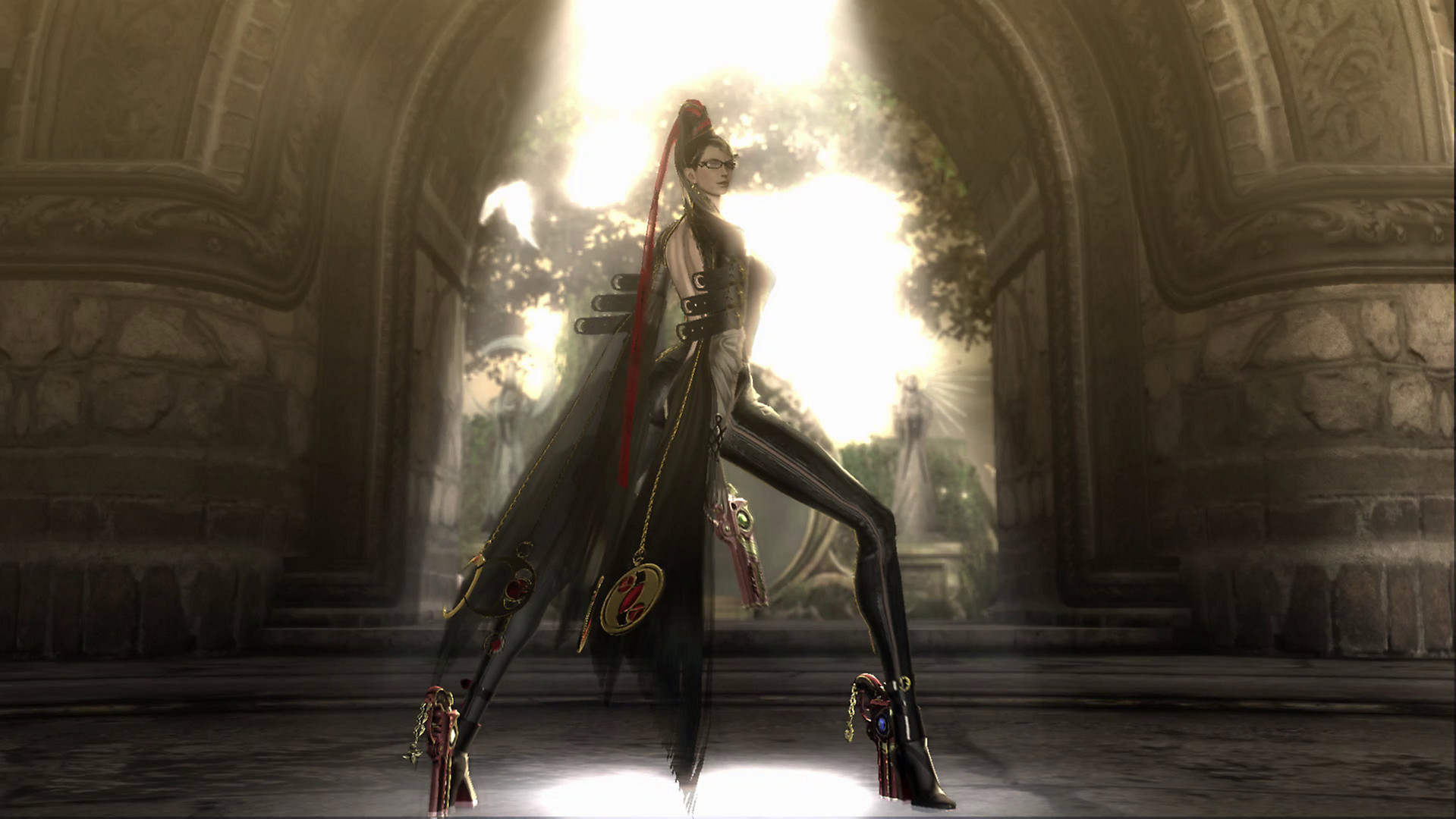 This remastering ported from the PC version, so it is limited to offering us the same game that we already know, with the exception that it can reach 4K resolution in PS4 Pro and Xbox One X, in addition to maintaining 60 images per second at all times and without any hiccups. The title continues looking really good in spite of its age and the control mechanics are top-notch, it is much more satisfactory than in any other version for consoles. The image is as clear as you can suppose, the colours have gained in liveliness, the fluidity to which everything develops is a pleasure and the loading times are virtually non-existent, and they barely reach the second duration. Yes, there are some textures that the odd retouching would not have been bad for them, nor would there have been any extra or unpublished addition, but the final result is quite satisfactory.

Vanquish: the Japanese revolution of action games and third-person shooters

Vanquish, probably one of the most amazing and unique games ever made. When action titles and third-person shooters seemed to be a thing of Western studies, PlatinumGames redefined the genre and the way of understanding it. Instead of looking at what was being done, Shinji Mikami and his team looked more at the classic run, and guns like Contra or Metal Slug took that essence to three-dimensional gameplay and added the sense of rhythm, action and spectacle by which the developer has always been characterized. 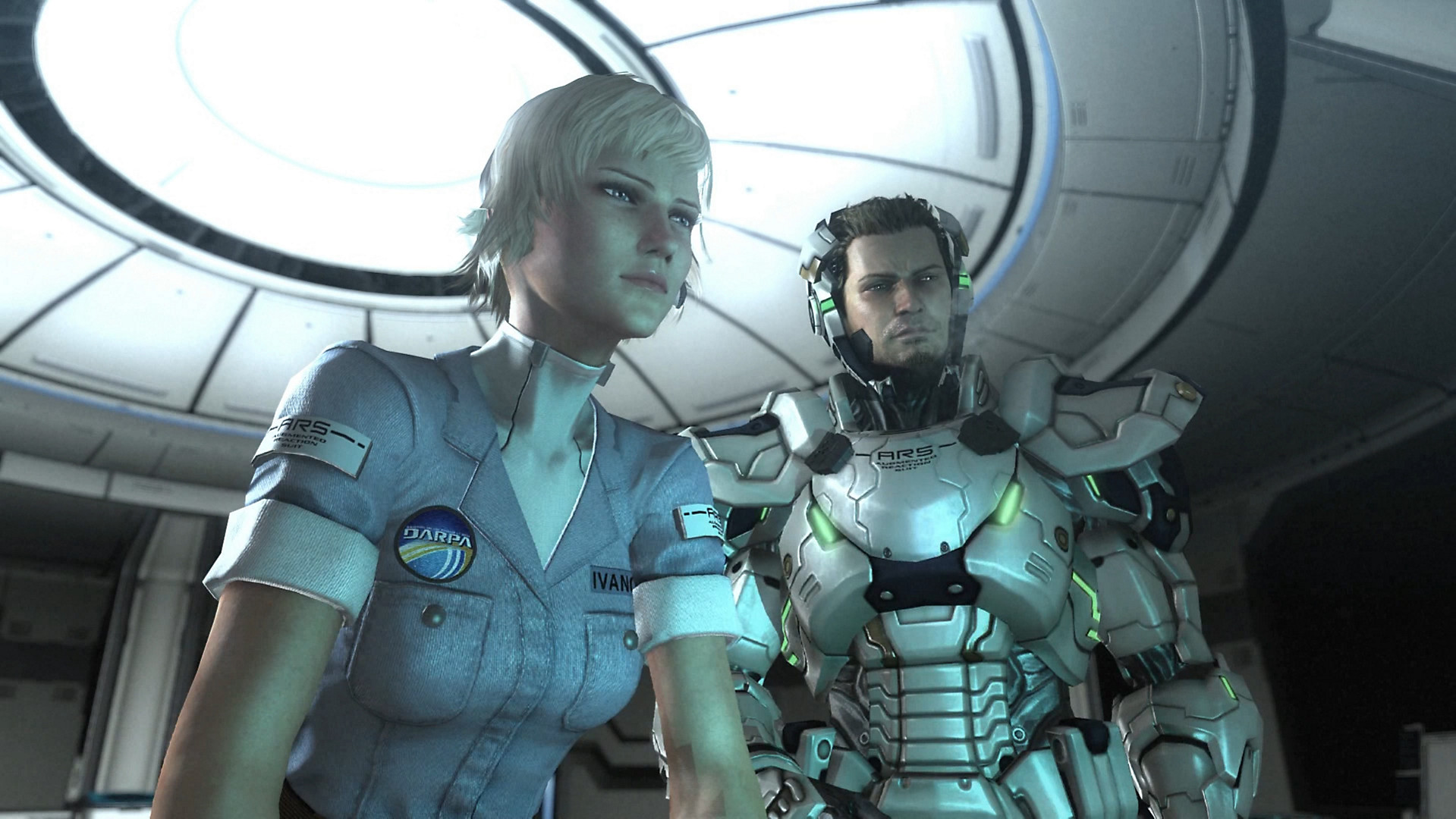 The result was a frantic and visceral game in which we advanced through a series of very linear levels, shooting everything that moved with a good arsenal that we could improve by collecting items as power-ups or copies of the same weapons we had equipped, a detail that made the management of our inventory surprisingly important. Do we drop that weapon that we have without ammunition but with several levels of improvement to pick up another one that may not interest us so much, but we can manage or endure it until we find additional ammunition?

To makes things better, the title offers exquisite gameplay that allowed us to slide through the stages at full speed. Thanks to the thrusters we had on our backs, we could move forward like lightning, move from one coverage to another in milliseconds, reposition ourselves to catch our unsuspecting enemies and even slow down the time to target our shots better while we kept moving. Obviously, the continued use of these actions is limited, and we must use them with a certain tactic if we do not want our suit to end up overheating since if this happens, we will be fully exposed for a few seconds until it cools again. 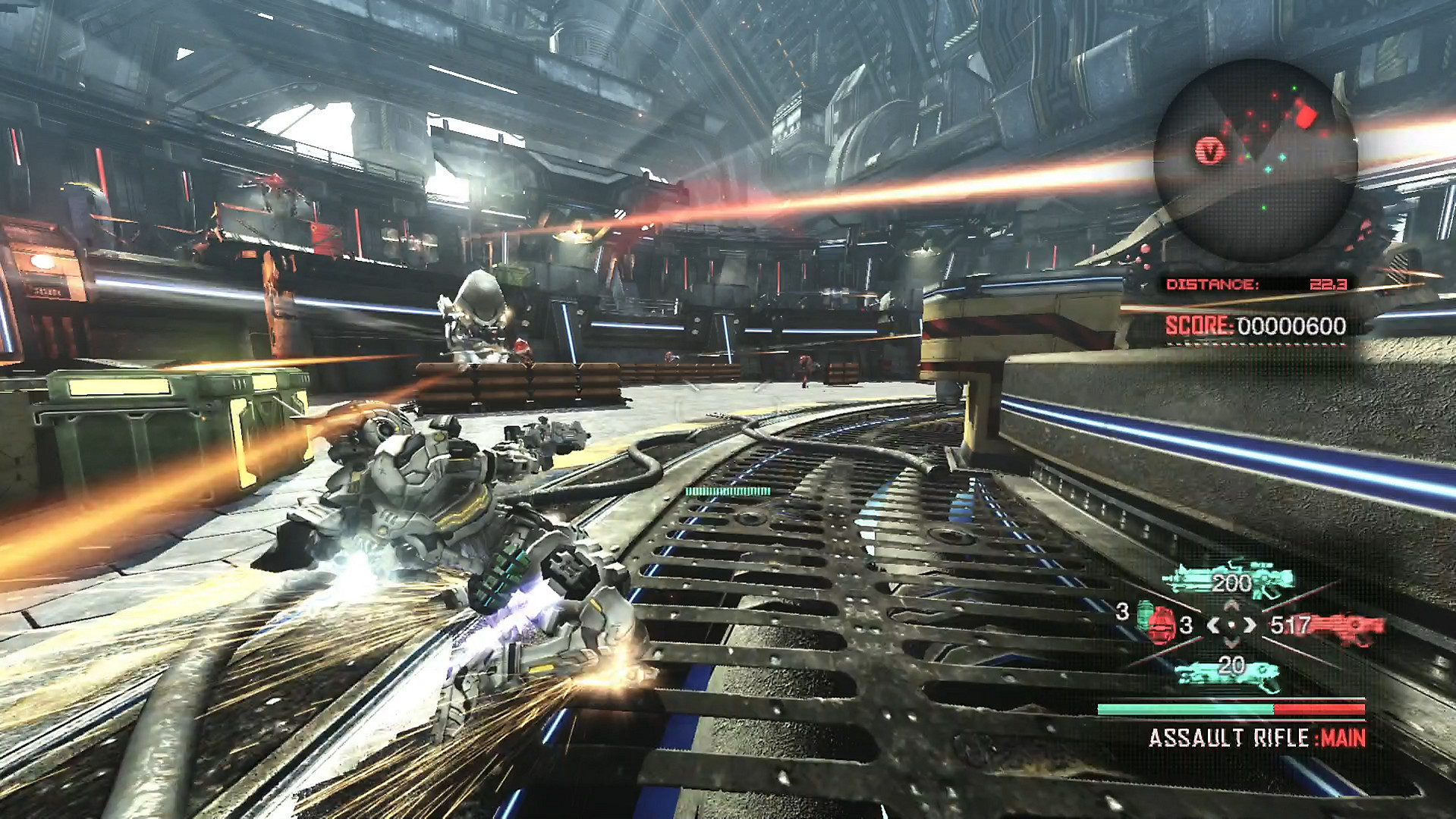 Game mechanics are a true wonder that makes each shooting feel like a special event, something that also has a lot to say about its spectacular level design, full of surprises and unique moments that prevent us from taking a breath in the least, since the game will not stop surprising us with new types of enemies, bosses and unexpected situations. An excellent example of all this we have in its first chapter, where in a matter of half an hour, we will face a giant robot and a dangerous tank. We will escort transport through a completely dark tunnel. At the same time, we are beset by mines with advancing legs without stopping, and we will rescue soldiers who have taken prisoners, we will endure waves of enemies, we will fight in a moving elevator and fight against a flying boss who does not stop still while shooting us from the air. And all this often and without giving us time to breathe, 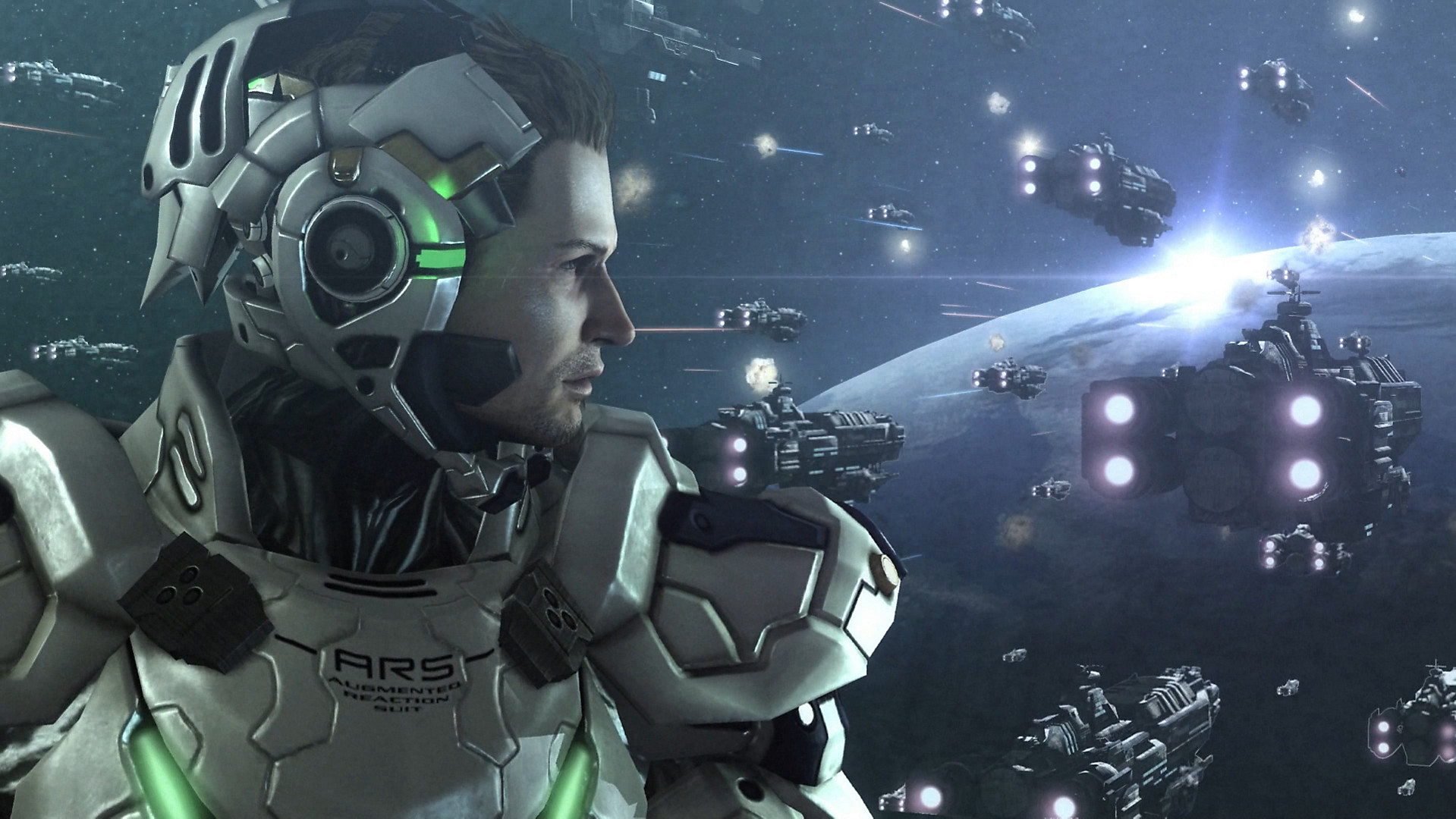 Regarding the remastering, the results are very similar to Bayonetta: 4K in the advanced models of each console, 60 very stable images per second, an excellent image quality that makes everything follow looking very spectacular and virtually instantaneous loads.

Bayonetta & Vanquish 10th Anniversary Bundle is an almost essential compilation for PlatinumGames fans and action games. We say “almost” because they are two titles that have been reissued numerous times and that have even been given several times for different systems, so if you already have them and have recently played them already, this pack loses interest, because it does not provide any extra justification with its purchase beyond being able to enjoy both at 4K and with a stable performance at 60 fps, something that has been offered on PC for years. In one way or another, both titles are worth every penny that cost and that continue to be as good today as they were ten years ago, so if you have not played them yet or you want to rediscover them in the best possible conditions, do not hesitate to jump in. You will not regret it.

We have prepared this review with download codes for the PS4 version of each title provided by SEGA.