A must have for those who never had a chance to play this epic franchise in the last generation and even if you did play it there is always a reason to go back to Bioshock Universe and this time it comes with enhanced visuals!

Bioshock was one of the most important franchises of the last console generation. It wasn’t a First Person Shooter like Battlefield or Call of Duty, or a third person stealth action game, or an RPG series, but it has it’s own personality and always took a step further with its story-telling, many games tried to replicate the same narrative uniqueness but none came close. Back in August 2007 the very first Bioshock launched on Xbox 360 and PC and took us to the deeps, to the utopic city of Rapture. We turned every corner with fear of facing Big Daddies or Little Sisters and other elements that became iconic with Bioshock Universe.

Remastered games are a trend and only some worth the price and your time(if you played it already). Bioshock: The Collection comes with all the extra content released for the three games, and well-upgraded visuals that run 1080p at 60 frames per second, City of Rapture and Columbia looks more spectacular than before.  There are extra additions to the first Bioshock, a video series called Imagining Bioshock showing Ken Levine and Shawn Robertson giving comments, you just have to look for these rolls of films in gold encasing in the first game, isn’t that an awesome way of presentation! 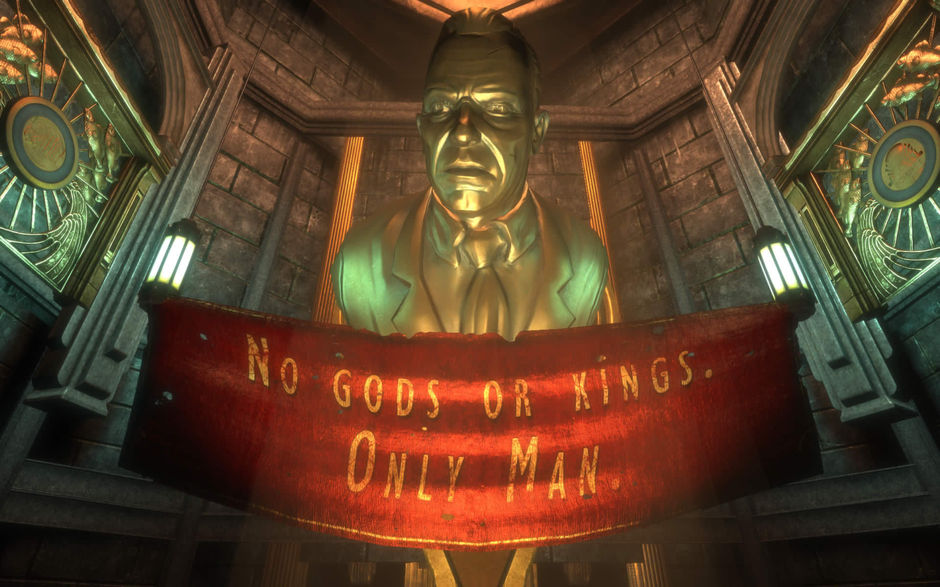 Playing Bioshock one after another is a good way to see how the series evolved. In all three games story take us to the dystopias, and make us want to know more about this universe they created, explore and interact with its elements, something that many other titles copied after its great success. The proposal, stories it tells still fascinating to this date. Controls may feel a bit dated, especially the first Bioshock’s action was slow and gives much more chance to overcome even the hardest situations. Bioshock 2 and especially Infinite became “more shooters”, so the change is quite noticeable. Yet combining plasmids and vigors using these unique powers as weapons will always be fun, and entertaining. For those playing it for the first time, the feeling of surprise to discover the dark secrets of these societies that have led to insanity remains as fresh as ever. 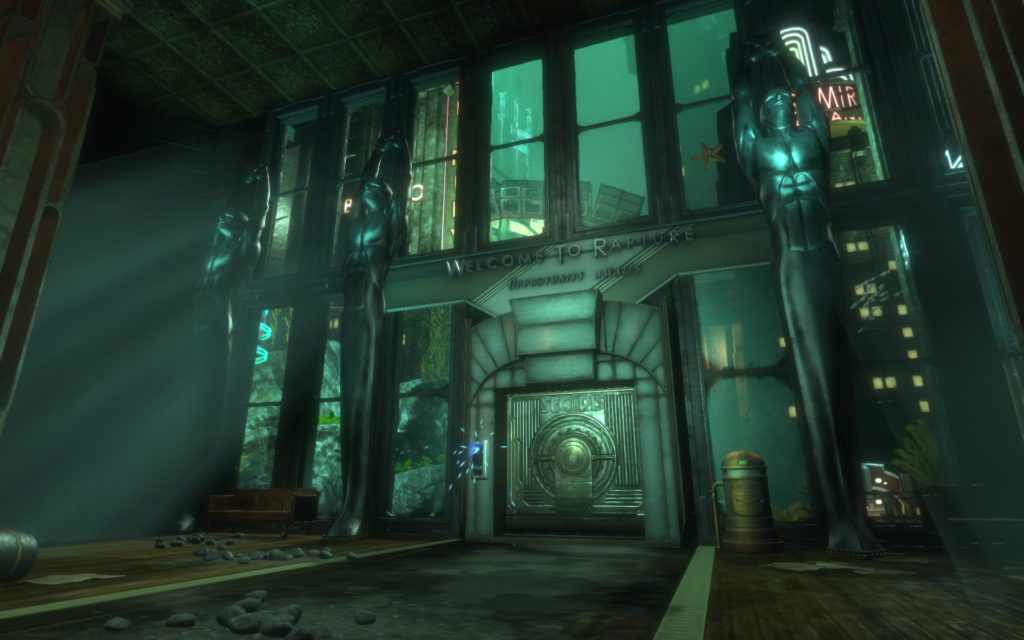 As mentioned earlier all the DLC content included in the package. The first game didn’t have any, but the second Bioshock has a four hours long DLC called Minerva’s Den and an extra mode The Protector Trials, multiplayer mode has been removed in this edition(which wasn’t even a necessary addition back when it first released) while Infinite comes with several DLC such as Clash in the Clouds  and two story-DLC finishing off with Rapture, plus some other contents like weapons that can be purchased with in-game currency. But if you want to get a real challenging fun without ruining the experience of discovering Columbia try to survive it without using those overpowered DLC weapons. 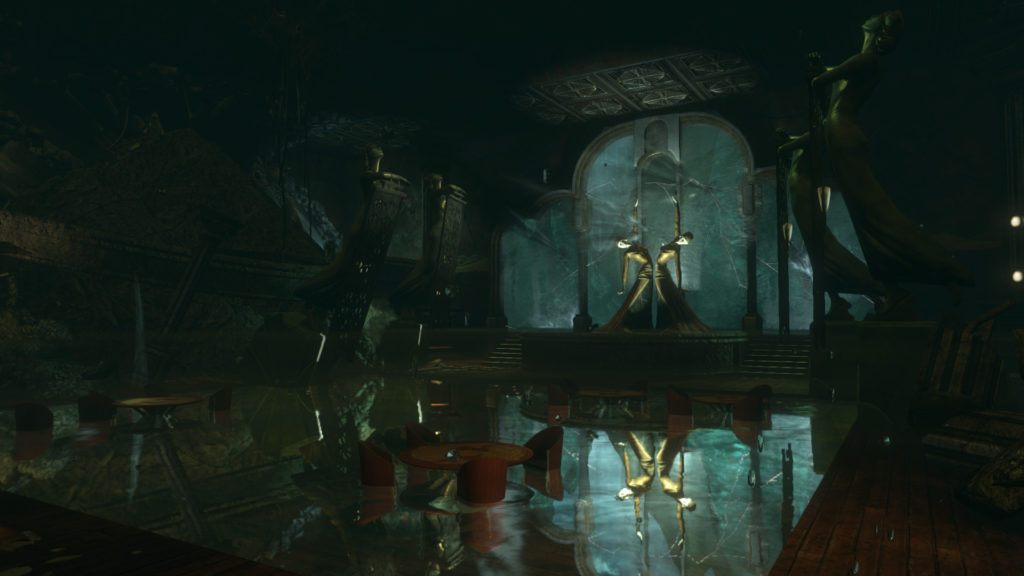 Blind Squirrel Games did all the visual upgrade to the series and get them all playing at 1080p and 60 frames per second and improved the quality of lighting and textures. The first Bioshock is receiving more attention, and it has implemented a new system for better lighting and textures. The second has also been quite retouched, while the Infinite become as good as the PC version when it came out three years ago. Blind Squirrel did a perfect job enhancing al three games, there are some moments where the frame rate drops, but not a deal breaker especially playing the first game with high level of detail is pure joy. The sound section is simply same as before, with its splendid soundtrack.

Releasing Bioshock: The Collection is a very good move by 2K as it is one of the best series of past generation. It includes all available content and a great visual upgrade to Bioshock 1 and 2, Infinite’s upgrade doesn’t show as much graphical leap like the first 2 chapters of the series but it catches up. Playing Bioshock again and entering the wicked city of Rapture in Full HD is a great feeling after 10 years later. Galleries illustrations and director commentaries are nice additions to the first Bioshock, wish they did something similar with the other games too. If you have never played this series yet, we simply can’t think of any good reason, not to get this Collection with that all it offers, you are getting three epic games for a price of one, there you go one more reason out of many to buy it!