An arcade basketball game that takes us to the streets. Although the idea is fun and simple, its lacking content.

Street basketball classics like NBA Jam and NBA Street, now we get a new addition to this fun subgenre with NBA Playgrounds, a game developed by Saber Interactive, at a reduced price, tries to offer us all the craziness and fun, although not giving us a complete package since the title is too simple and has very few game options.


The main basis of the gameplay is 2 vs 2 matches between some of the best players in the NBA, both current and classic. These matches have a time limit, possessions of 12 seconds and a single goal, score more points than the opponent. Inside the court, while unleashing the madness, since we can make spectacular special moves like mates jumping over the hoop, corks over the basket or alley oops. 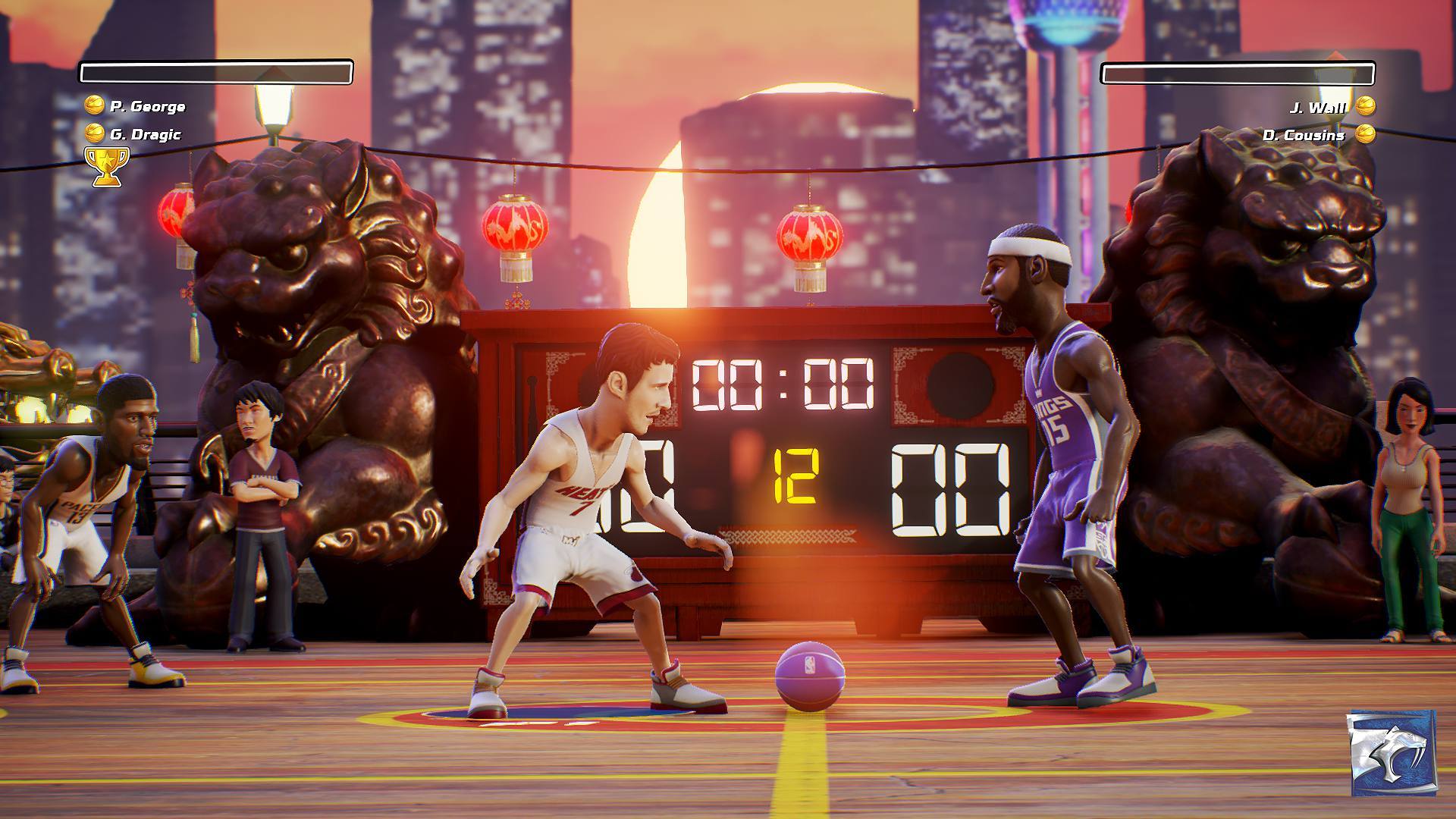 All these colorful plays will allow us to fill up a bar that will give access to special skills. These unstoppable actions, which we will unlock as we level up, will allow us to score from any position or, for example, to add twice as many points if we score from a specific area of the court. Logically, these skills will be temporary, although we can take a big advantage if we use them at the right moment. 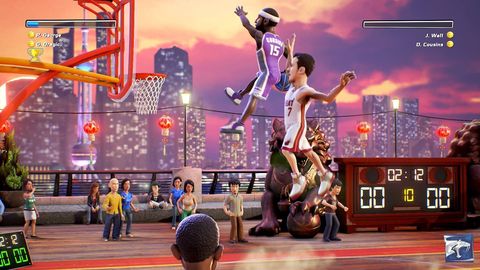 Although the game does not require defensive knowledge, it will be very important to protect our ring. For this, we can make corks, steals or even pushes, although these actions will be limited by a stamina bar located under each player. This indicator will also decrease when we run or perform dribbling, thus adding a strategic factor to the defense. In this sense, it is noteworthy that when the bar runs out, we will warn you with a vibration.

The game has an interesting learning curve, it is not complex and not presenting a deep and accurate game experience. The main problem is that, despite being a complete arcade title that does not pretend to be more than it is, the handling is unintuitive and at times frustrating, as we do not feel that we can precisely control everything that happens on the playground.

Due to these issues it’s impossible to time  our actions, cause we lose the sense when interacting with the ball and end up depleting the energy bar, thus causing the gameplay to become too random and uncontrolled, since, on the contrary of what it may seem, a title with these characteristics needs a polished gameplay and full of options, not limited. 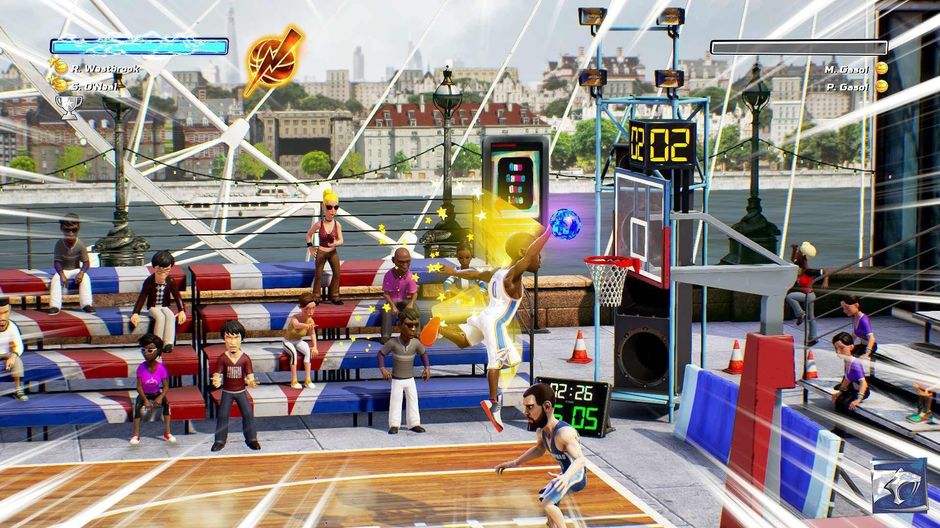 To these playable limitations, we were given a few game modes. The most interesting will Tournaments, where we can go to different locations for matching against some of the best duos in the NBA. These tournaments are fun and offer an interesting difficulty curve, although the only change between locations will be the appearance of the courts and the rivals.

Another option available is Exhibition; Here we will be able to create confrontations 2 vs 2 completely personalized and enjoy the experience with up to four friends, being especially interesting in Switch thanks to the multiplayer options offered by Nintendo’s new console. We can choose the length of the matches, the score limit, and the difficulty. 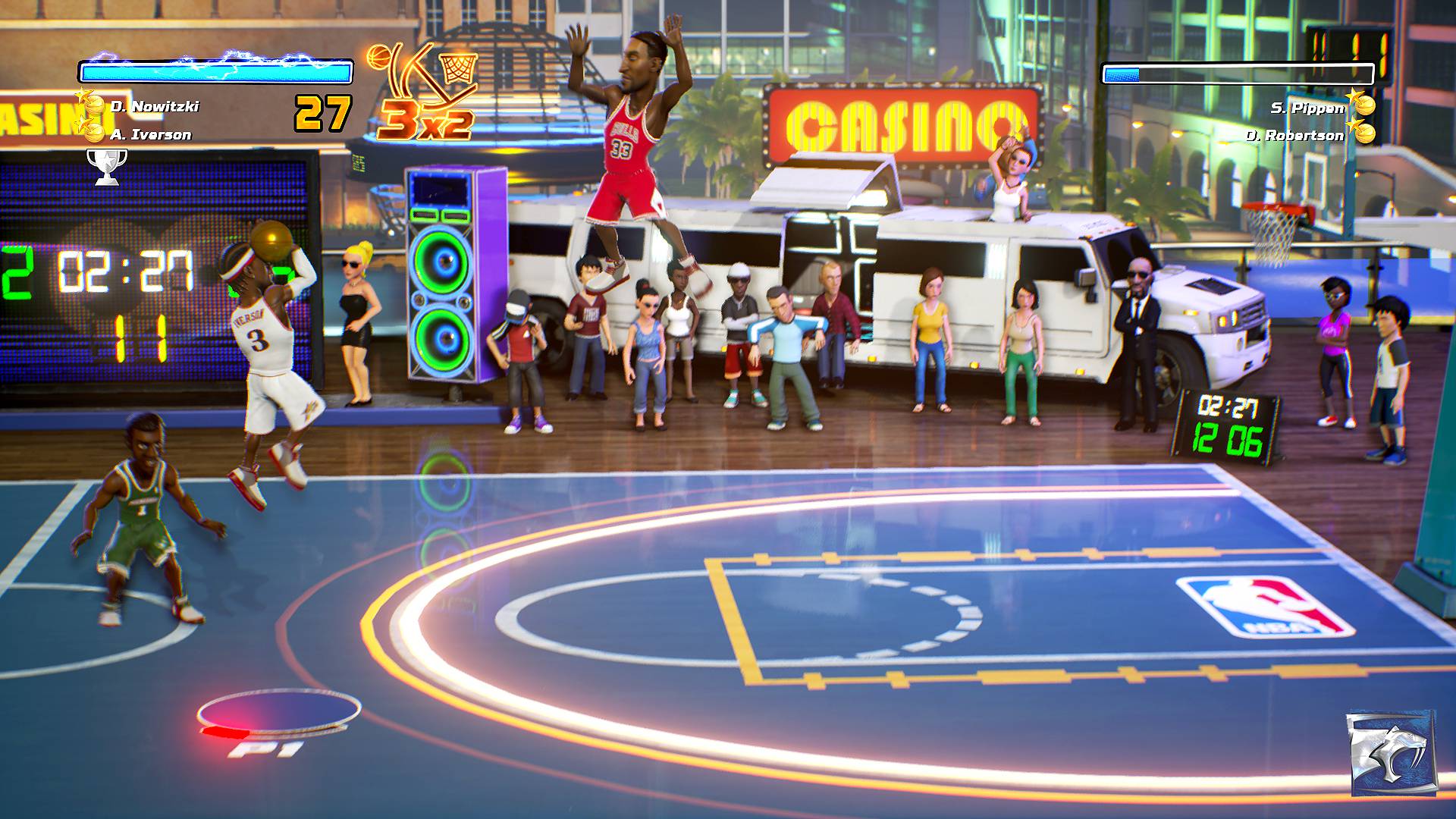 The last mode is Online Game, and although it was released on Xbox One, PC and PlayStation 4, Nintendo Switch is not yet available. This multiplayer option allows us to play exhibition games against another user. However, we will not be able to choose mode, rules or track. To strengthen this line we have several leagues (Bronze, Silver, and Gold) with different divisions so that as we play, we will be positioning ourselves. Therefore, despite the extra challenge of playing online, we are missing more configuration options to bring some variety. 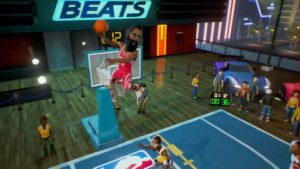 When creating our team will be important to have as many players as possible. To obtain them we will have to open player packs, which we will achieve by raising the level or completing objectives. In each one of them, that are players of different rarity, and we will find a total of five players. Once unlocked they will pass to our collection, and we can use them whenever we want.

Each player will have unique characteristics and skill set such as mates, triples, steals, speed or caps. Also, as we play with them, we can raise them level. No doubt, the squad is extensive and has such important players as John Wall, James Worthy, Kevin Durant or LeBron James, although we also find many fillers that could well have been replaced by better-known players. Nevertheless, the title has the addition of having the official license of the NBA to use logos, equipment and the names and faces of the stars.

The technical section is not very striking because, although the models are cartoon and players have a certain physical resemblance to the real ones, we also find sawtooth, somewhat rough animations, little variety of tracks and a very basic lighting system. Another negative point is the excessive load times, the Switch version is the worst when it comes to loading times. Although the title is not a technical prodigy, it has been very stable and with an artistic finish full of personality, also offering a great gaming experience in both portable and desktop mode. 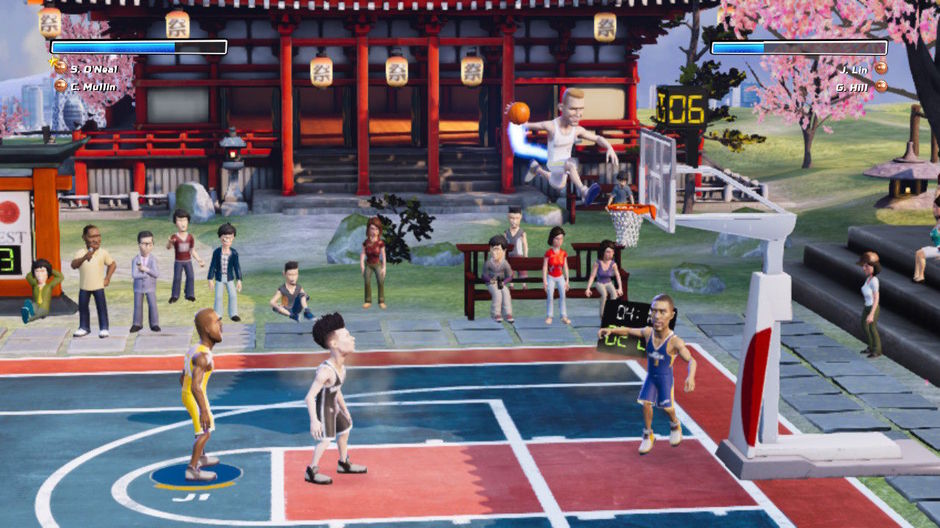 At the sound level, the video game has very simple effects that help to give emotion to the most spectacular plays, but they end up being repetitive. Something similar happens with the soundtrack that, although pleasant and with interesting melodies, has very little depth and is the only accompaniment. On the other hand, the parties will have a series of comments in English not very remarkable but that help to create some atmosphere. 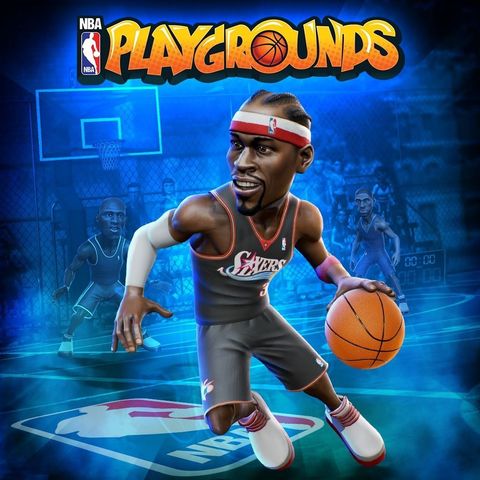 NBA Playgrounds is a simple video game that comes at a fair price, however, due to the lack of game modes and limited and little gameplay, it becomes a proposal only interesting for fans of the genre. The main reason is that we are facing a minor title that could have been much more than it is and, far from being able to make a gap between the greats of a subgenre as fun as this, ends up being a very limited video game with very little to offer.

We have reviewed the game on PS4 with a download code provided by Sandbox Strategies.