Carmageddon makes a weak return to consoles with its latest installment Max Damage.

After a long period the series were completely gone, last year we witnessed Carmageddon: Reincarnation’s resurrection yet the title was full of problems and defects that can be only recommended for the most nostalgic fans. After a year now, this releases on PlayStation 4 and Xbox One with a different title and some additions, but, unfortunately, it is still a bad game and destined to fall into oblivion. Back in the days, Stainless Games managed to earn its reputation by offering some frantic races where everything worth and where to get the first goal was almost as important as running over all innocent pedestrians you could, not to mention that you must destroy your rivals vehicles in the process.


In Max Damage we meet with the same gameplay formula that made the series famous nearly 20 years ago , so you will enjoy a completely open world where you can explore freely while competing to complete the different goals of the game as a race for a path marked by checkpoints, eliminating more pedestrians than your rivals or car trying to be the last one standing. However, the problems start at the same time when you start your first game, it greets us with a completely amateur menu and a lengthy loading screen before you could hit the gas.

Controls are pretty bad and not improved and as for the slaughter mechanics, there are nothing new. Damage detection system is also not realistic for a driving game. Camera movements are also bringing more trouble. Even if you ignore all the problems related to controls and physics, you can’t escape the next big issue which is the ridiculously incapable and useless AI. There are few times we some across our rivals, that got stuck to some element of the stage or simply doing nothing. As you can imagine, this shows how broken the game is. 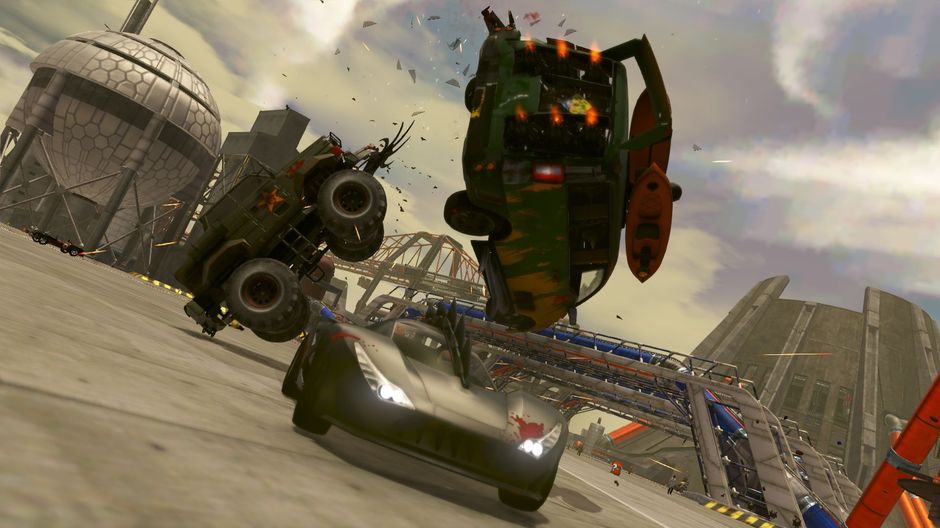 Let alone if you still ignore all mentioned problems above and dig into multiplayer against other users, the truth is that the title has a virtually nonexistent community that forces you to wait a while to find a game.Lobbies are not full and usually have fairly lag in almost all of the matches we tried. It’s easy to say that Multiplayer section will be completely abandoned soon.

So you may ask is there nothing good about this game? Well, the game offers a lot of content; over 30 types of vehicle, a rather long and full test career mode, and ten scenarios of considerable size for the type of game. Is it entertaining enough to invest our time? That depends on you ability to accept all the problems we listed. 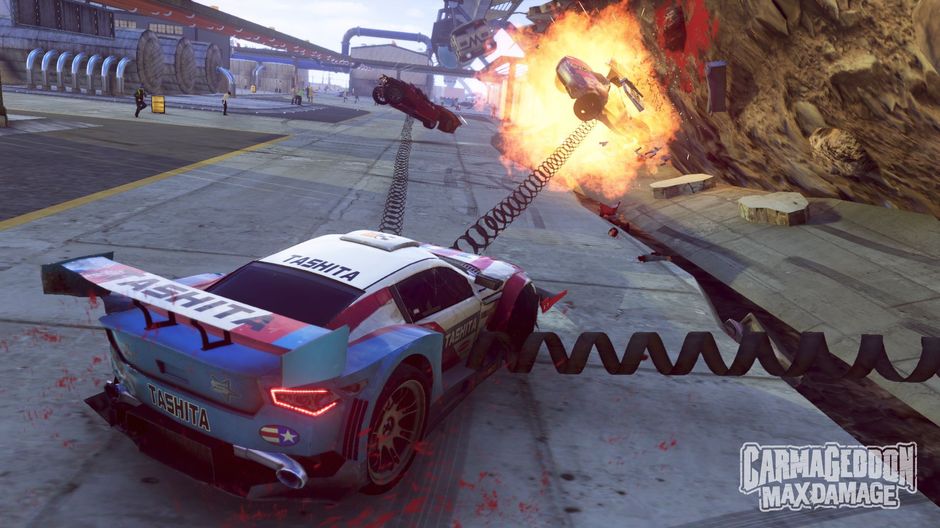 Graphics are completely outdated it almost feels like two generations old. Textures are very poor, empty stages, nothing inspired and with little detail, animations are also really bad, not to forget about particle effects such as explosions and such. Zero sense of speed, a somewhat unstable performance and a lot of annoying bugs that shows little care and polishing that the title has received. The sound fx does not improve much the rest of the set; the mix is very poorly done. 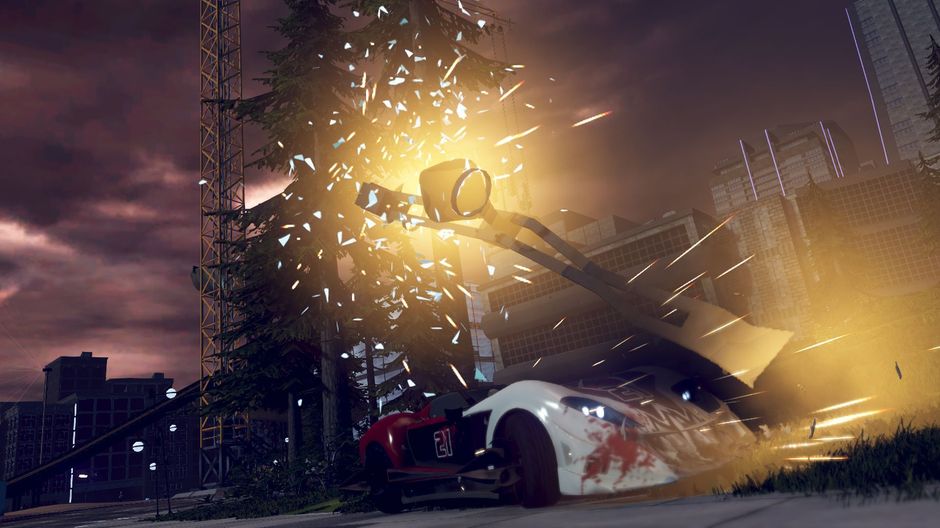 Carmageddon: Max Damage is a title that’s very difficult to reccomend, as the only audience that might find some grace to this release would be made up of the biggest fans of the franchise. Terrible control mechanics, vehicles physics, the poor audiovisual section, forgettable multiplayer and lack of artificial intelligence of your opponents, left us a game that’s only chance is to appeal to our nostalgia. In the end, the vast amount of content and its proposal fail to make up and overcome all the problems we have to deal.