Disney and Pixar's fastest franchise returns back with an entertaining and fun game of car races and lots of new content.

For years we have become accustomed to lower our expectations to any game that came out of a movie of success. Most of these titles that we have had the dubious honor of enjoying in the last two decades left much to be desired, except for one or maybe two honorable exceptions.


So when we find a game of this type that is really well done and that has a good gameplay, our surprise level is usually doubled. This is precisely what has happened with Cars 3: Driven to Win, a title that we first approach with a certain skepticism and distrust, but it did not take ten minutes to convince us that this game actually captures the spirit of the successful movie franchise and more.

This could be especially surprising if we also consider that Cars is probably the worst rated Pixar franchise. For the occasion, Warner Bros. has decided to entrust the development of the game to Avalanche Software, who already demonstrated their skills with the licenses of Disney with titles like the three Disney Infinity, Toy Story 3 or the Cars 2: The Videogame, it Which easily explains the satisfactory results we have obtained again on this occasion.

Like its predecessor and how could it be otherwise, we are back to a game of racing cars that stand out for knowing enough of the main referents of the genre thanks to its unique mechanics. Yes, stepping on the accelerator constantly, skidding like professionals and finding the best shortcuts in each circuit is fundamental to getting us to win, but there is as much skill behind the wheel as driving in style.

Thanks to the right stick of the command we can make our vehicle perform different acrobatics, like driving backward (which reverses the controls), to two wheels or to execute all kinds of turns in the air. All this, added to the skidding, will fill our part of our turbo bar, which we have to learn to manage since we can use it in small doses or wait for it to fill up completely to enter “the zone” and raze Yet with great speed for a period more than considerable.

To force us to dominate all the movements of our car, in the traces we will find a series of bands that fill us an enormous amount of our turbo meter, although these are only activated if we execute the action that they indicate us, like skidding or driving of backs. 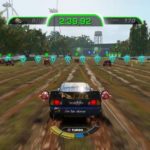 Far from being a simple help, knowing how to take advantage of this mechanic is essential to win and becomes an integral part of our strategy during the race. In fact, one of the great attractions that have the circuits in their design is that they are not few times in which we propose different routes, some with short cuts but without turbo bands and others that shorten less but that reward us with a good Pushing our meter, so we will always have to be assessing what is the best course for us each turn, which shows how well the game is set and the depth it hides under that childlike appearance and for all audiences who have.

In general, the controls respond very well (although the physical ones can be made a little rare by the light weight that usually has the vehicles) and to compete is really fun to have to be pending of so many things: to watch our rivals, to realize acrobatics, to look for Good shortcuts, manage our turbo meter and, of course, drive well to take the curves in the best way possible while doing everything else.

The circuits do not deserve either since their paths are well studied, and it is noticed that each curve and shortcut is placed with sense. Also, they are tremendously open, so most of the time we will pass on the main road to take advantage of the advantages offered by the scenarios.

Something that has called us very much attention is that it is a game with a huge amount of content: more than twenty playable characters (each with its unique characteristics and peculiarities) and circuits , as well as six game modes including Fast laps, normal races, races with objects (although these are too generic, and their use is not especially fun or satisfactory), elimination races, stunts and cups.

Also, we have more than a hundred challenges to fulfill that will invite us to play in each mode to progress. These range from winning a race in a specific modality to more specific things, such as that we do an action a certain number of times during a competition or that we combine several skills in a concrete way.

As we say, completing them is vital, since with each challenge overcome we will gain a point of fame. As we gain fame, we will unlock new content, such as circuits, characters, and modes, as well as the intense battles against the final bosses, who will have to win to play with them. 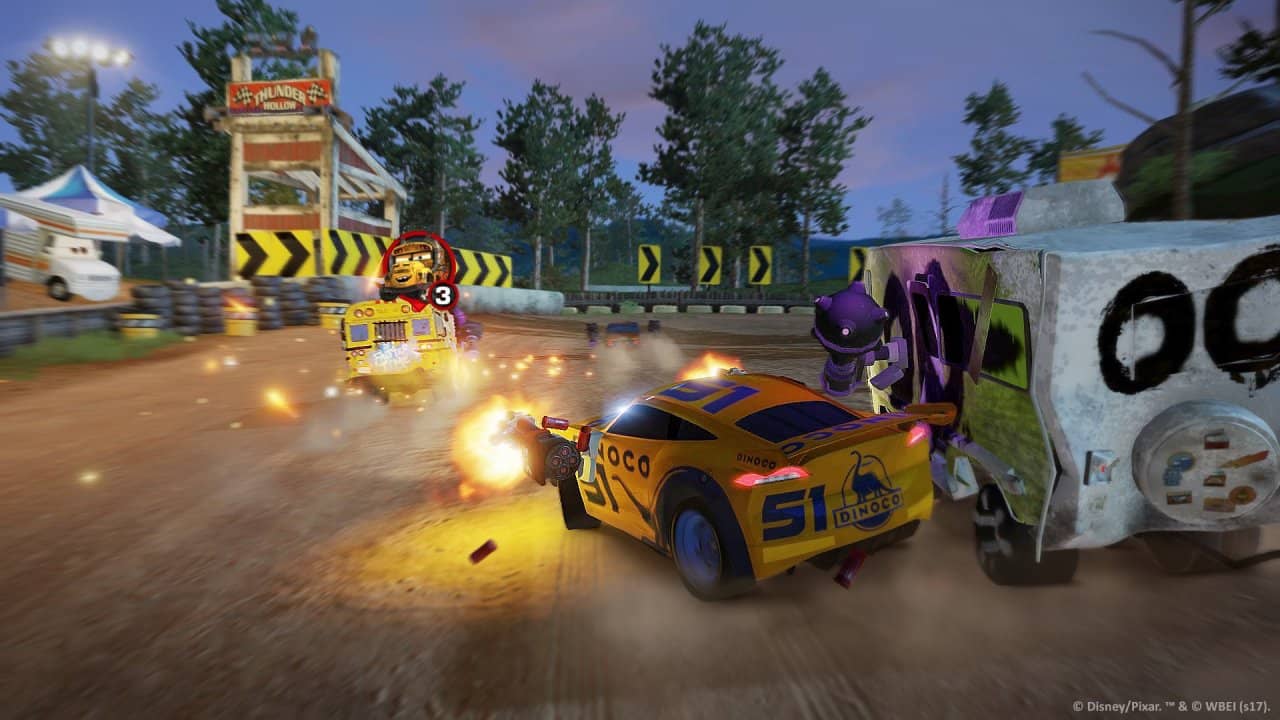 Of course, if you like to exploit this type of games alone, here are some fun for a while, and if you are of those who enjoy playing in company, know that the whole “campaign” can be played cooperatively or competitively, so you will be missing options or content … or yes, because for some inexplicable reason has been dispensed with an online multiplayer, limiting its life much more than we would like and leaving us with the desire to test our Skills against players from around the world. A real shame.

At the graphic level we are not before a game that appears precisely and exploits the power of new consoles (we remind you that it also comes in the previous generation), although we have to admit that it looks good, the scenarios are varied and have a good number of Details and characters are especially successful, both in terms of modeling and animations. That yes, things like textures, effects or lighting could give for much more. 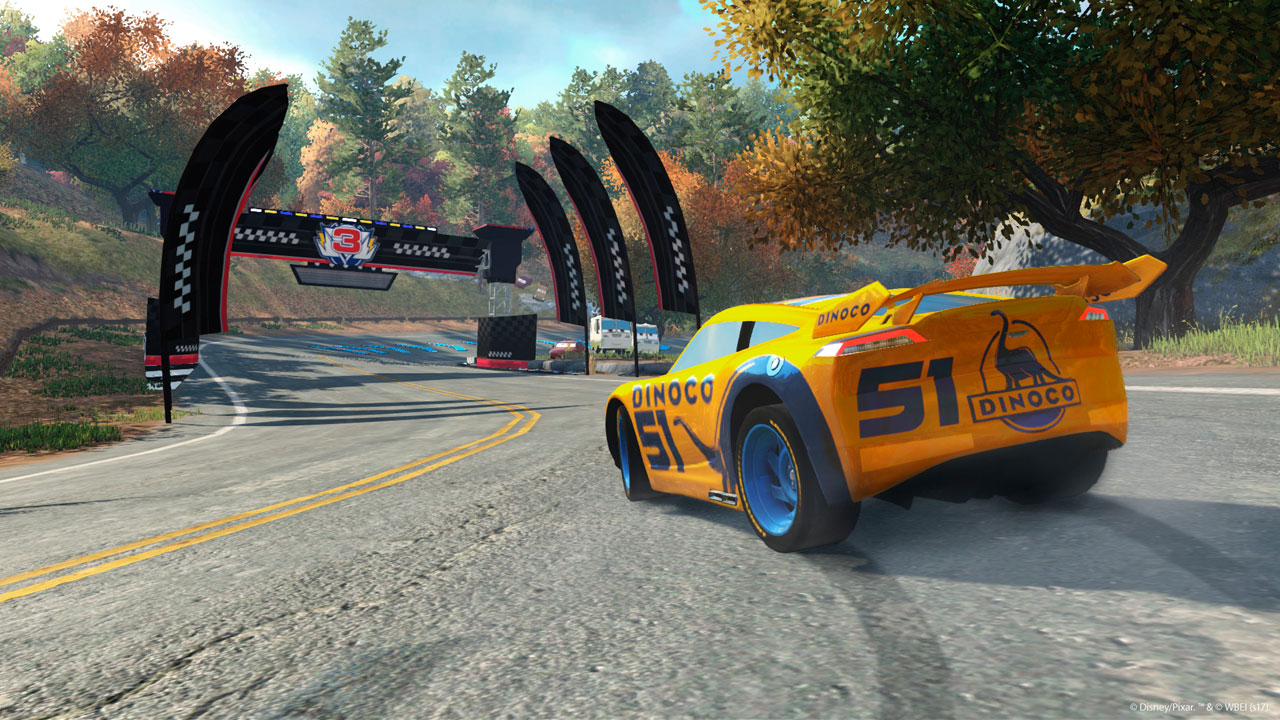 The sound leaves us with a rather lively but not too inspired soundtrack, so it does not take long to get tired. Of course, we warn you that cars do not stop talking during races repeating over and over again the same phrases, something that becomes very annoying.

Cars 3: Driven to Win came out as a surprisingly solid racing game that features deep and fun gameplay, and a huge amount of content to keep us enjoying for hours. In the negative part we have some very uninspired weapons, a technical section that could give for more, somewhat irregular modes (not all are equally fun) and the incomprehensible absence of online multiplayer, although this does not seem as a deal breaker, Cars 3 is still a must buy game for any fan of the genre and the films that inspired this title.

We have reviewed the game on a PS4 PRO and a digital review code has been provided by Warner Bros.

Kojima is developing a Silent Hill for Sony according to rumors
October 3, 2021
Average User Rating
1.8
1 vote
Rate
Submit
Your Rating
0