Dark Souls II has the usual functions to leave messages online, seeing ghosts of other users in real time, the last seconds before his death I’ll put on the track of deadly dangers of the area- and invade or be invaded by other users with optional voice chat if we believe mime gestures are not sufficiently expressive with our partners.There are dedicated servers and a PVP area and Artorias of the Abyss Dark -expansion Souls-. 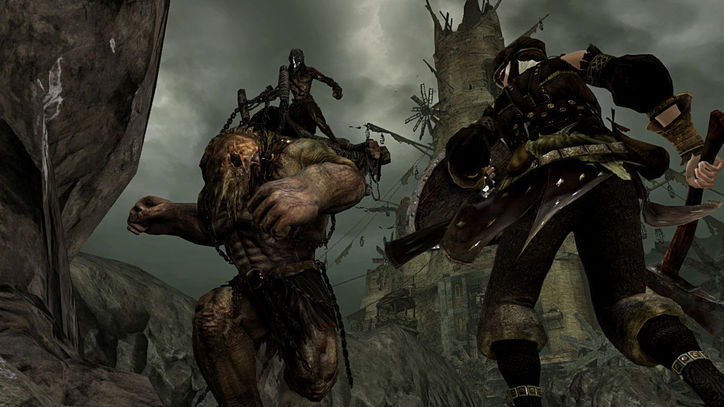 There is an item that will keep us closer to our friends pledge allegiance to the same god, which increases the chances of coming across them. We have also seen the invocation of ghosts controlled by artificial intelligence in messages that are near usually heads; they are not as aggressive and intelligent as real players, but they are useful to create a second focus of the enemy while you dedicate yourself to yours. One reason why many players prefer the Dark Souls hollow state of human was to avoid being invaded by other users. This is not so in Dark Souls II, since you can always be attacked unless you use an object that prevents it.

Much of Dark Souls II will be familiar to players of Dark Souls and Demon’s Souls. That’s not a bad thing, it’s just the best.There is always fear, so far unfounded, From Software to make concessions to the public by simplifying the experience and thus achieve greater public; instead, the developers know that what prevails is the faithfuls’ users quality here, not the number of buyers easily be achieved. Namco Bandai producer Takeshi Miyazoe explained that the hardest part of this project was that experience balance between new and classic, not to disappoint to change much and yet give it something fresh taste of the fans. Well, they have succeeded. The fun comes to overcome the challenge, the greater, more joy. Are you going to meet great difficulties? Since then, leaders with whom say “this is impossible” and “I leave here.” Dark Souls II works because return to try again and again. 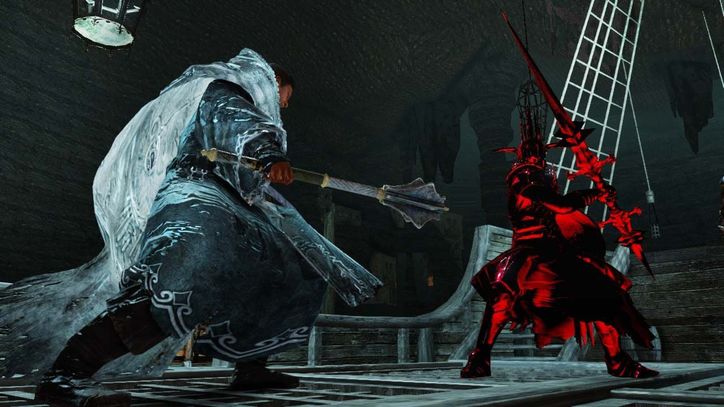 There are many small new details in its approach that most gamers encounter the passing of time, settings that provide facilities on the one hand and on the other you remove them. Now for example there are many gray areas that need to be illuminated by small a torch and our torches which consumed, caverns in which foot you  false or crouching creatures that would otherwise not to be too late. One of the best news is in the new game +, with new and more powerful enemies, plus exclusive items for the second round There’s one that protects you from attacks by his back, a way to reward those who really want to squeeze Dark Souls II to the last drop. There is so much to see and do that will take months and never have the feeling of mastering completely.