The fires are the points of teleportation from the beginning-lit torches burning objects with side effects -increase strength of nearby creatures, hinder the invasion, rest -Recover life and spells, enemies regeneration and repair free of weapons if they are not completely broken -to compensate, they deteriorate faster than Dark Souls-. They are base camps spread to a distance not too far though we may seem to us a world by the number of situations that we find between. 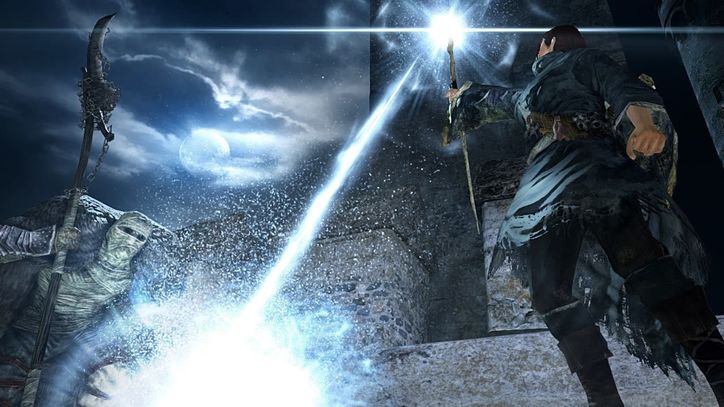 There is a central area near the beginning, Majula, his blacksmith -new system more intuitive than ever, just get pay material and souls, -eye stores objects for sale are limitados-, cancellation pacts -Partnerships access traps against players who do not belong to her and a mysterious woman named Heraldo Emerald will enable us on the one hand increase the number of applications estus -a bottle of ways to recover health-if available and other fragments raise the level by enhancing any of the many parameters that shape the hero or heroine through, of course, the payment of souls. She is only Majula, but with the ability to travel between fires from the beginning is always available in practice only supposed difference Dark Souls as a brief intermediate load.

The combat is similar to past games. Realistically, with a collision detection with the environment and very customizable. We can set up to three weapons or shields on each arm. What do we want? Swords in both hands, a shield to protect us from attacks or cause severe impacts holding a sword with both arms? Or we prefix very different weapons to tackle any situation?Protect or dodge it rolling strike is as vital as well, I will not do excessive waste in health and souls. One of our favorite profiles in areas where we have enough confidence Translation: we have crushed dozens of times and we repeat for the umpteenth time is to use some kind of slight edge in one hand to interrupt animations and strong sword attack in the other to finish. Of course, we must keep an eye on our stamina bar, which runs each action-now also shared by the magic and attacks arch- to know when our combo will end and when playing a brief retreat. Any conflict can be complicated in a few seconds, the pressure to remain vigilant is overwhelming. 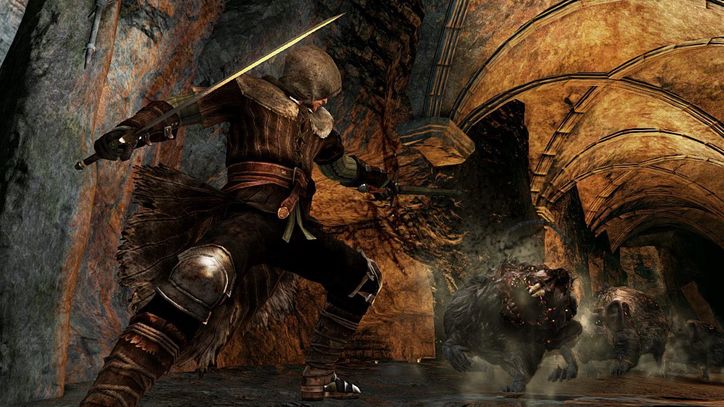 With death comes the hollow state. Most of the game we will play well, without the possibility of invoking human–EXCLUSIVE the state and what is worse, with reduced maximum vitality, an idea seen in Demon’s Souls. With each death the life bar a small percentage drops to 50% of the total. The plus side we found the worst, with only half a bar possible is that we can explore areas allow more quietly whenever we do not have souls and so many accumulated get an idea of ​​what we will go when we do in the serious game. Naturally, the hollow state is a big disadvantage because with just three or four blows so hated you’ll see the message “you’re dead” and against bosses usually a major drawback. To retrieve humanity need to use a scarce and expensive item at any time-not need to be stingy, but should save them for situations that require our entire lives.