Dark Souls 2 is as good or even a  better sequel than before, with the current change of manager of the team has taken the right decision: to look at the two previous Soul to take the best ideas from them, refining the combat system and design maps, avoiding mistakes that can be improved or solved. The only thing that was so lost in our opinion is the element of surprise, after all like most sequels, and that at times the atmosphere is limited by the power rating of the older generation, as discussed below. The rest only deserves praise.

The story of Dark Souls II begins with a spectacular opening sequence and leaves us wanting to know more about their background. Although the world is the same as that of Dark Souls is not a direct continuation and no user should have no trouble getting hooked on their universe, even those with total ignorance of both Souls. The plot revolves around a new protagonist, marked from birth as accursed, who must find a cure for Drangelic easy adventure, a kingdom desolate ruin where the smallest piglets is lethal when trying to check-what abusing a suckling pig and rat crossing had just begun our journey through the game-. Events are moving mainly through dialogues with secondary characters and objects are. Instead of planting all data clearly or cut the tedious cinematic advance, will be the player or not-who is interested to know more, and certainly do when embroiled take 60 hours that can last the first game, being one of those titles that have almost eternal secrets, tactics and depth to give as much fun as you want. 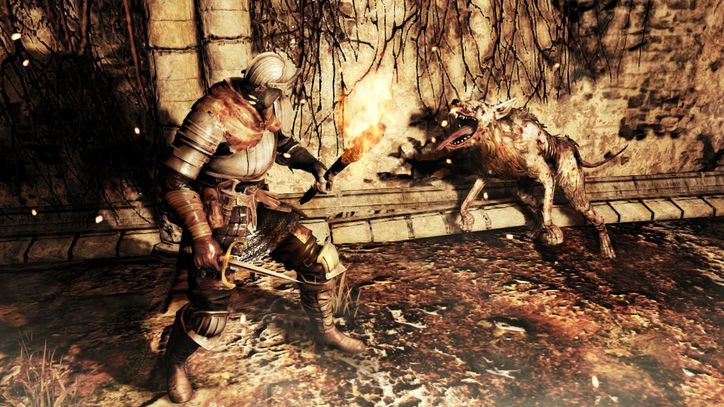 As usual, we start by choosing highly relevant physical appearance-nor, most cases cover us some kind of helmet and class: Warrior, Knight, Swordsman, bandit, cleric, sorcerer. It really does not matter too much, only it provides a basis point in highlighting some aspects of strength, magic, skill, etc. During the game you can go to rectifying our preferences if we are not happy with our hero, we can even reset the profile and direct it to a completely radical way, you might want to try a character focused only on magic.