The long-standing arcade driving legend returns with a next-gen delivery that satisfies the controls and an interesting story.

Need for Speed ​​Unbound, marking Criterion Games ‘ long-awaited return to the series (and as if expectations weren’t low, it’s also the first driving game solely for the latest generation of consoles). The main question lies in its structure, a great idea that manages to keep us tense at all times but also represents the Achilles heel of the title that comes this December 2 to PC, PS5 and Xbox Series X/S.

Need for Speed ​​Unbound follows the current norms of the genre. There is an open world with speed tests, drift tests, billboards to break, graffiti to find, and other activities. It works as a hub to access the main events: races that occur during the day or at night, in most cases sharing lanes with city traffic. There are tracks designed for high speed and others for skidding, and there are those focused on asphalt and with a focus on off-road (although these are less numerous). There is no shortage of style tests either, which are based on taking advantage of the curves, the skid and the nitro system to add points to the scoreboard, to which sometimes breaking fences, barrels and other objects on the stage also contribute. 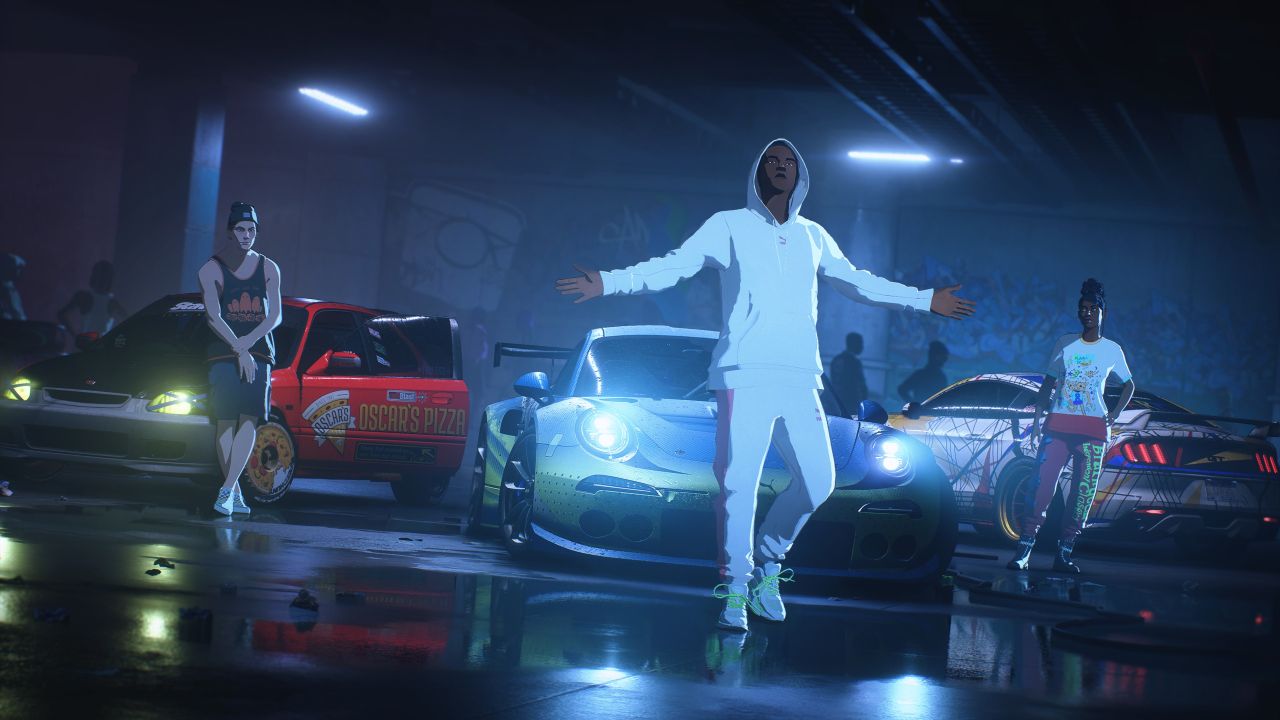 There is nothing innovative in these tests, but what is new, as we said, is in the structure. That structure is based on betting money, risk and reward. The campaign is divided into four weeks, five days with their days and nights, which conclude on Saturdays with a great event made up of three qualifying tests. To access this weekend test, it is necessary to pay a high monetary rate and obtain a car of the specified category. 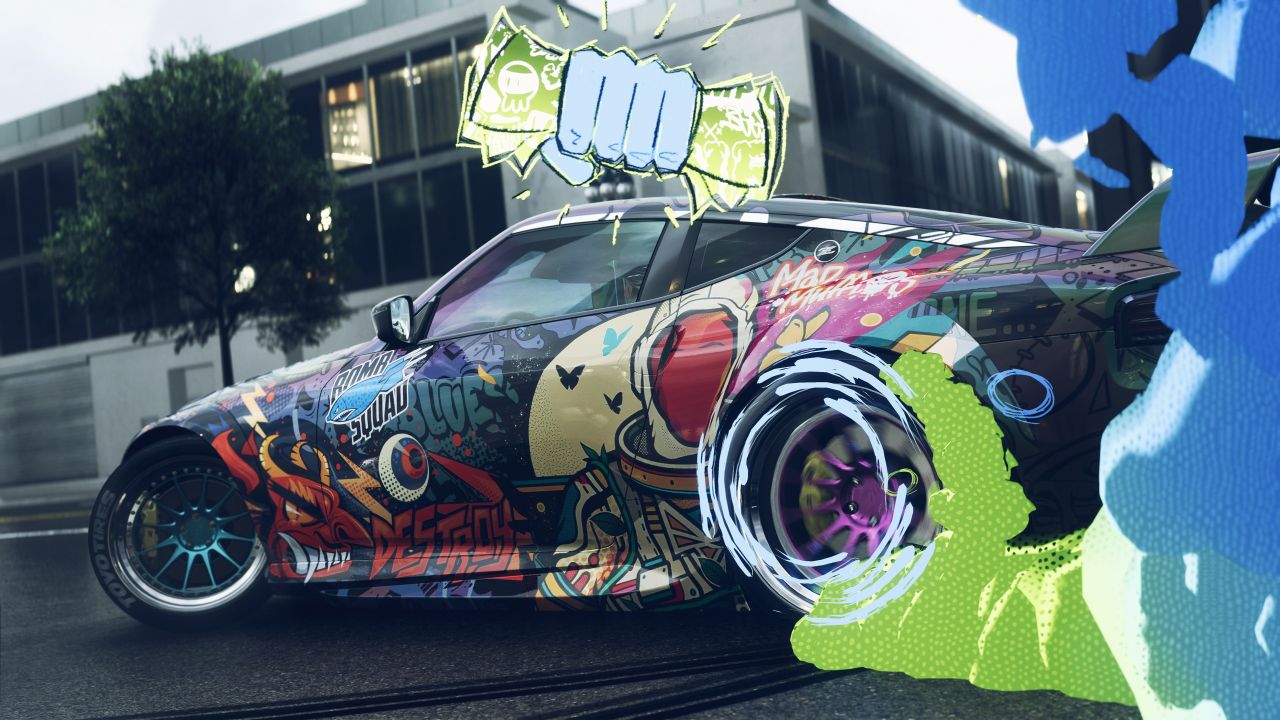 So the goal in the days before is to amass enough dough to get in and upgrade one of our cars enough to pass the class, or if things have been going really well, even buy a new vehicle — the progression system, by the way, is focused on having a few cars for different types of tests and improving them and even becoming fond of them instead of having an actual dealership in our garage. Thus, we choose which events to attend during the day and night of each day. Some tests do not require entry but give few benefits, and others in which the participation payment is very high, but it is multiplied several times if we manage to be in the first place. 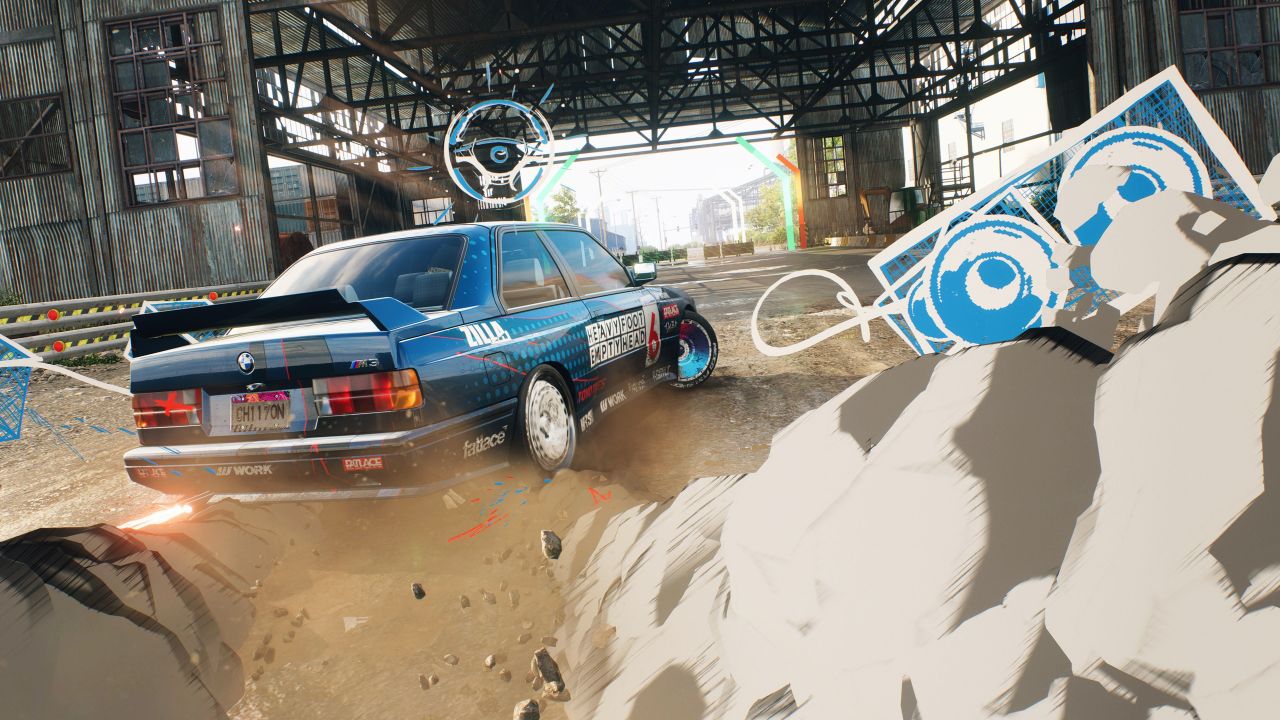 We often make tight accounts on the last days of the week to get the money we need. The difficulty, of which there are three modes, has a lot to do with this. It is common for our rivals to have a better car than us, and small mistakes in the race are severely punished: here, there is no rewind or other mechanics to correct our errors, and the repetitions of the events are limited. You don’t compete to be first but to achieve a position high enough to have benefits – we can also bet that we will finish above one of the other seven participants in the race.

The element that manages to add extreme tension to this risk and reward system is the police, a hallmark of the saga that has been taken to the extreme here. Maybe too much. Each test we do increases the police intensity indicator. At the lowest level, the patrols that roam the city will not pay attention to us unless we collide with their vehicles. As soon as he goes up to the second level, we will have to keep an eye on the minimap so as not to cross his cone of vision, as a chase will begin, and we will not be able to access any evidence until we get rid of them. At maximum intensity, the game becomes chaos in a very intense escape that can take many minutes: the police density increases a lot, and they use forceful and high-speed vehicles and even helicopters that are difficult to get ahead of. 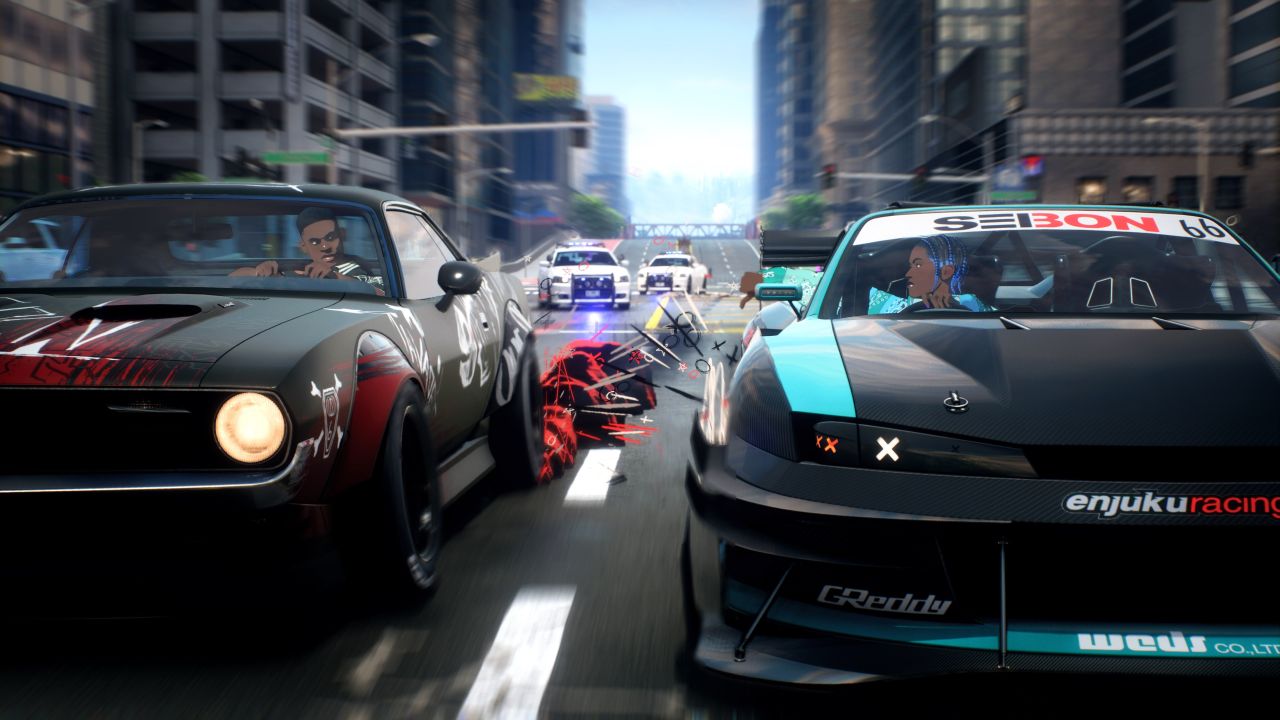 The key is that if they manage to destroy our vehicle or arrest us (which advances time until the next day), we lose all the money we have with us, so all the activities we have done will have been for nothing. The only way to ensure it is to take it to one of the shelters we are unlocking on the map. Still, by doing so, we will go from day to night (or from night to the next day), so the tests will change, and we may see each other too close to the weekend event without enough money on top, which will force us to repeat the previous day. Another mechanic that contributes to this risk and reward system: during the day, the police presence is less, but the tests give fewer benefits, and the police intensity is not reduced until passing from one day to the next. 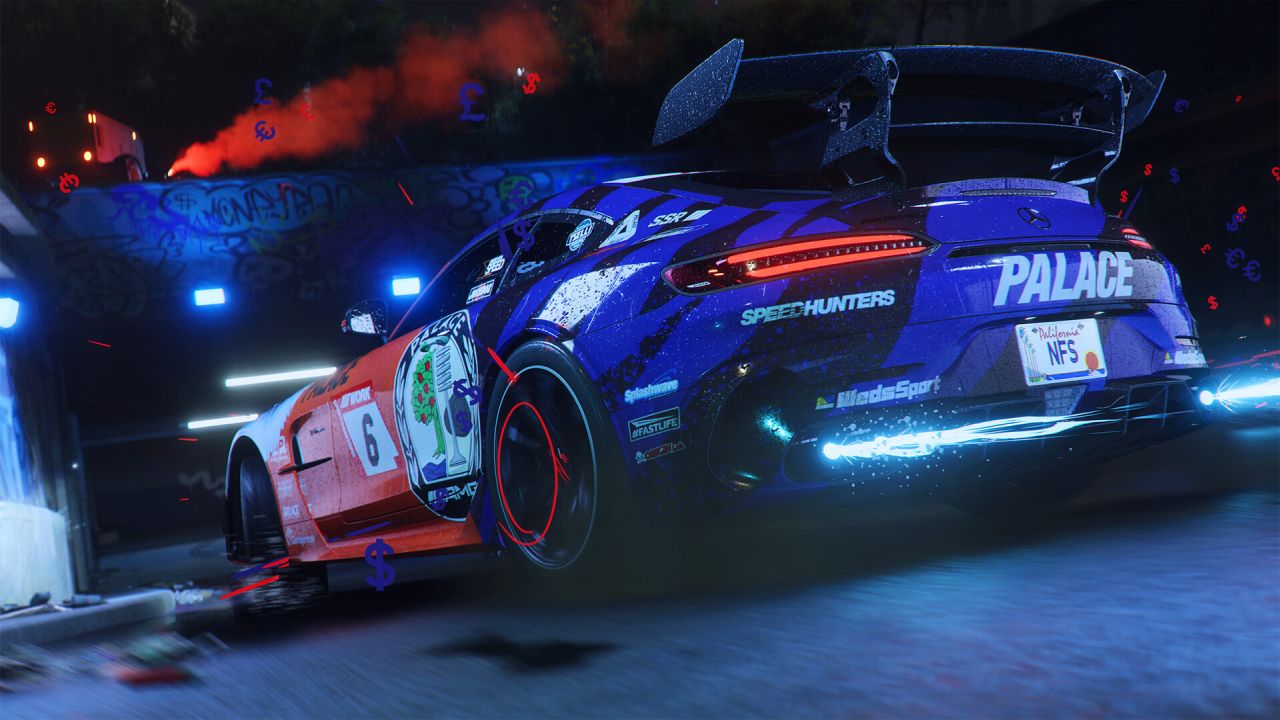 All these exciting systems (the bets, the difficulty, the police, the little money) ensure that we are always in tension and that each curve is taken carefully because it can have long-term consequences. Unfortunately, the virtue of the game is also his biggest mistake, as he promotes repetition to fill his pockets and have more opportunities to emerge victorious. It doesn’t take long for repetition to become repetitious. The number of tracks and tests available is insufficient for the structure that is being proposed, so it doesn’t take long for us to repeat the same challenges over and over again. When we finished the campaign after more than 15 hours, Need for Speed ​​Unbound was not perceived as a long game but as a long game. 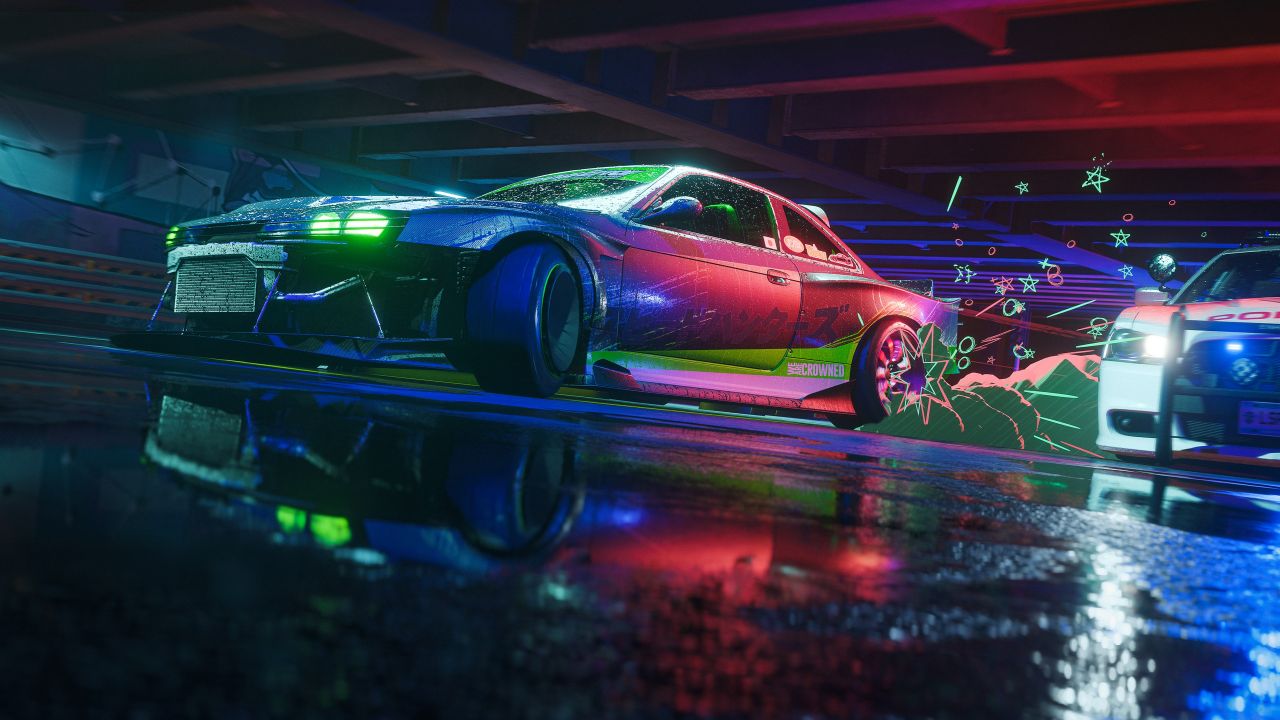 Of course, the tests that there are, in general, are at an excellent level, although we would have liked to see a greater variety. The layouts are capable of creating adrenaline moments in an emergent way. However, other arcade-driving games like Forza Horizon have accustomed us to expecting grandiose situations and set pieces typical of a blockbuster movie, which are missing here. Criterion’s games have never lacked for showmanship, and while it occurs organically here from time to time, it’s far from the studio’s best works in that regard.

Criterion’s incredible legacy shines through in the driving itself, moment-to-moment gameplay. On the one hand, the mechanics around managing and obtaining nitro shine and taking advantage of skids, slipstreams, friction with other vehicles and other situations to get cumulative turbos that we have to use soon after if we don’t want to lose them. The moment to start the race is also worth mentioning: the usual system of pressing the accelerator at the right moment during the countdown to start the finish line with a turbo has been replaced by a mechanic that reminds us of the active recharge of Gears of War, which varies depending on the vehicle and works excellent. 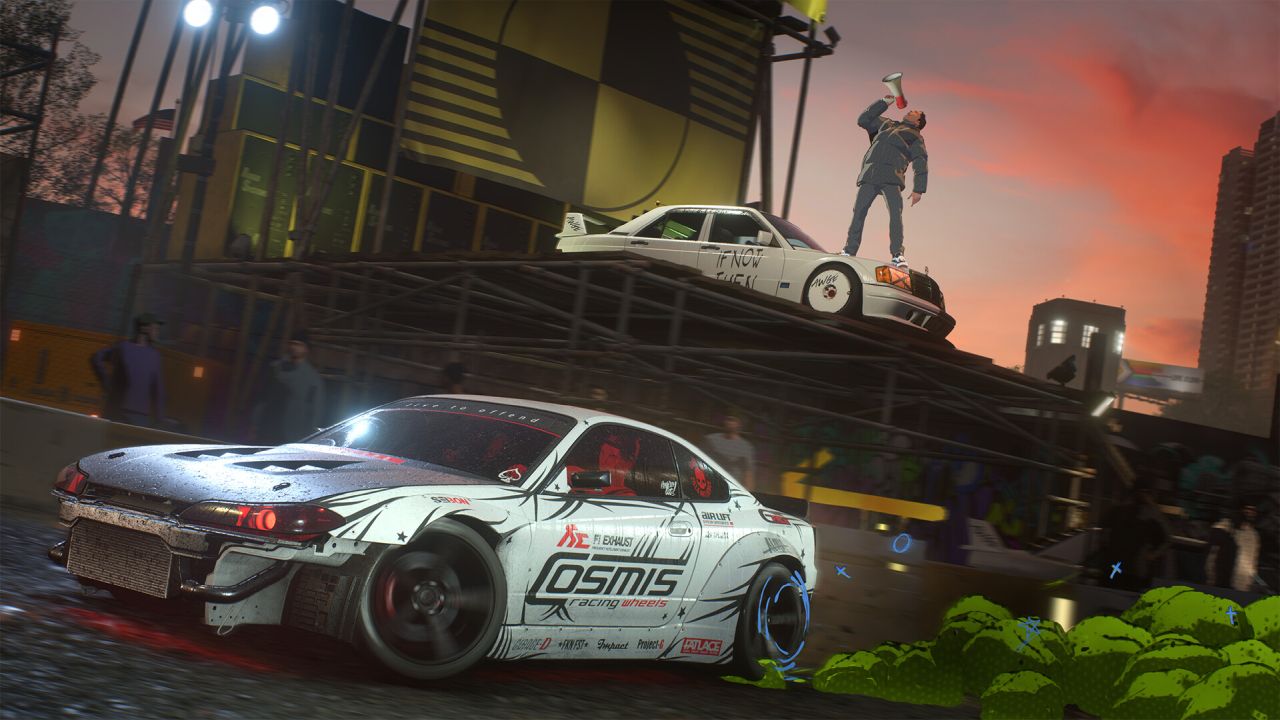 On the other hand, the sensations at the controls are magnificent. Each vehicle has its personality in its possession, and mechanical customization plays a significant role. There are different drift systems (to do it with accelerator and brake, only with brake or only with accelerator), and it is very satisfying regardless of choice. In addition, if you play on PS5 (or on PC with a DualSense), you will find a constant use of haptic feedback and, even more remarkable, of the adaptive triggers, which allow you to feel the types of terrain strongly, pressing the accelerator and the gear change.

The cel shading in the smoke effects and the characters, the anime-style graphics that are used to mark the turbos or to attach wings to the cars when we jump, and other traces of colour here and there do not manage to give personality to a gray game dark, ugly The city that we will spend hours and hours touring seems to have been generated by artificial intelligence that has taken large American cities as a sample. All the trap aesthetics superimposed on it looks like a last-minute band-aid to alleviate the obvious expressive deficiencies.

The expectation of what the exclusive driving games of the next-gen will be like is not fulfilled here. Yes, it runs at a rock-solid 4K and 60 FPS, but the almost non-existent loading times keep us always stepping on the accelerator. The feeling of speed is very high, but beyond the image sharpness and specific lighting effects, we see nothing to tell us that this game takes advantage of the latest hardware. Of course, there are a few flaws, such as a very light popping, practically invisible, and another more serious error, especially in a game like this. It’s only happened to us a couple of times, but we’ve seen frustrating erratic collisions, such as a curb that sends our car flying or a blow against a wall that causes an accident despite going at low speed. 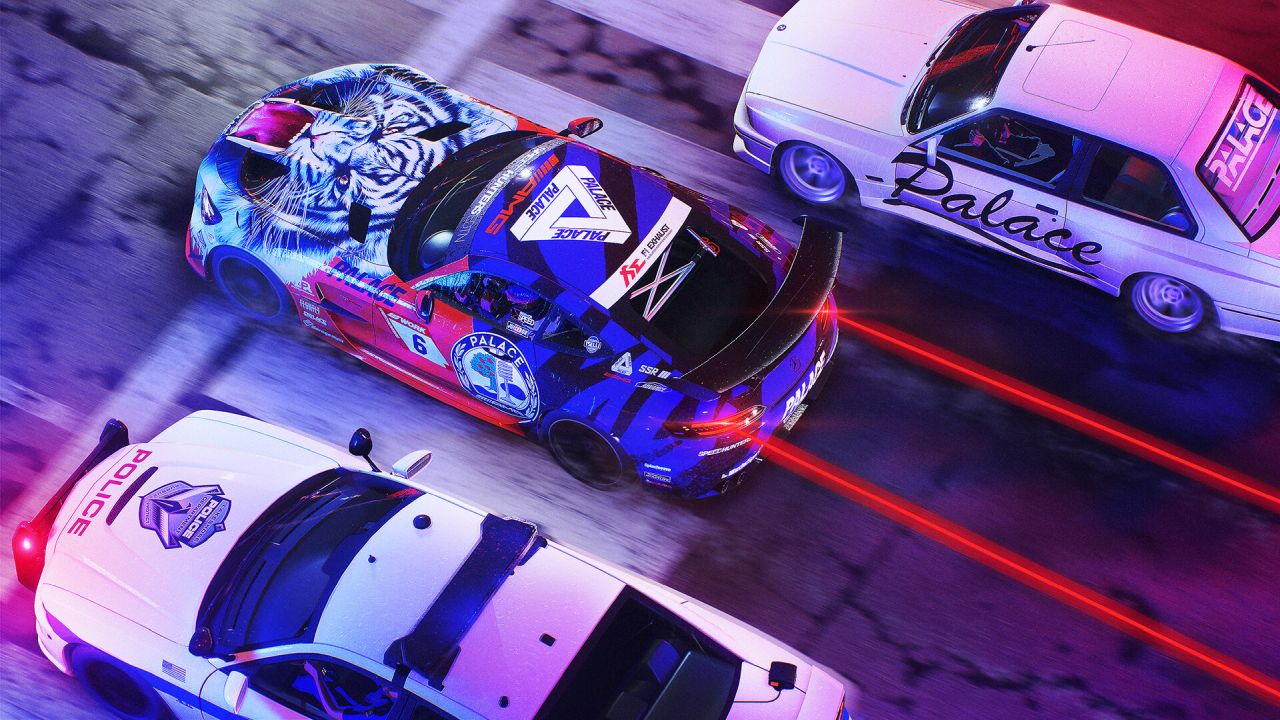 The soundtrack is just as divisive, or even more so, than the anime graphics and effects. It is composed entirely of American and Latin trap and rap, with great songs by Rosalía, Villano Antillano, Charli XCX, slowthai and a preeminence by A$AP Rocky. If you like the genre, you’re going to enjoy it, but it wouldn’t have hurt; on the one hand, more songs (in the end, they end up repeating themselves), and on the other hand, a system of stations or alternatives to a musical style that has its detractors. The voices of different characters sound very similar to each other, which is much better in English if you can play it in that language. 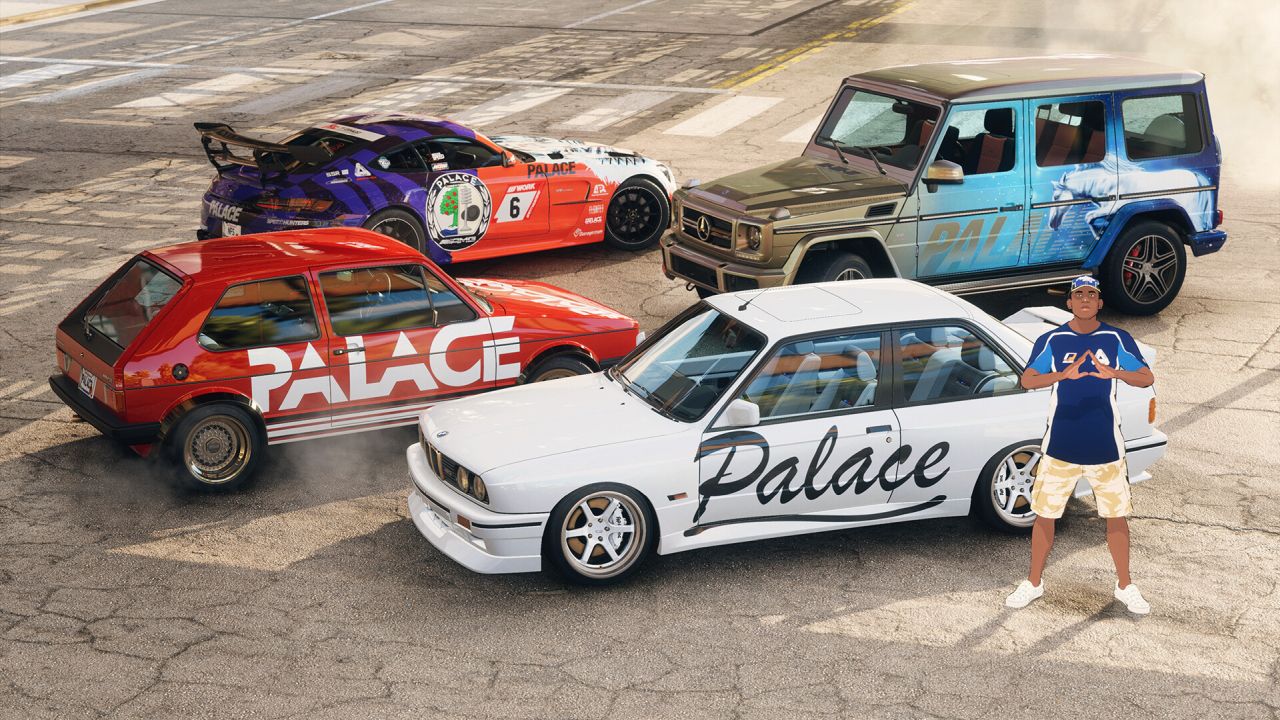 Need for Speed ​​Unbound is a more than excellent arcade driving game that stands out for its original structure that manages to give importance to each race, which works to offer games that are always tense due to aggressive drivers and insane police chases, which promotes a progression based on caring and upgrading a small garage instead of having a sizeable unused dealership, and that at the controls is satisfying and hilarious. However, that same structure causes it to fall into repetitiveness because there are not too many tests. Although sometimes they happen organically, we also miss big situations that leave us speechless. Its biggest drawback is in an artistic section without originality. It seems that the anime and trap era aesthetics have been superimposed to mitigate the situation, but without achieving it. Criterion Games’ return to Need for Speed is a step in the right direction, but it also hits some stumbles that put it far behind titans like Most Wanted and Hot Pursuit.

We prepared this review with a digital review key for the PS5 version provided by EA.

Call of Duty: Black Ops Cold War: A video of its multiplayer is leaked
September 5, 2020

Are You Smarter Than A 5th Grader Review
September 4, 2022