For this occasion was performed motion capture sessions, resulting in smoother and more natural animations, it has designed a lot of different enemies both armor-the appearance of some bosses are fabulosas- and attack techniques for a same type of creature, especially the most mundane, presenting various equipment and strategies -the cursed soldiers have variants into weapons and defenses, which is reflected in its act-shaped. Dark Souls II Comparing with the previous find a greater variety of unhealthy locations in architecture and environment, even without creatures in sight transmits a rarefied air, or physical, less absurd when an enemy dies-in Demon’s Souls tangled in your feet as if filled with helium. Part of the merit of the atmosphere is also sound effects, more players than the music, which is reserved primarily for games against powerful enemies, or successful actors playing the shady characters of the way.Obviously, a large part of the adventure will be spent in catacombs, ruins of castles and forests, the main corrupt environment. 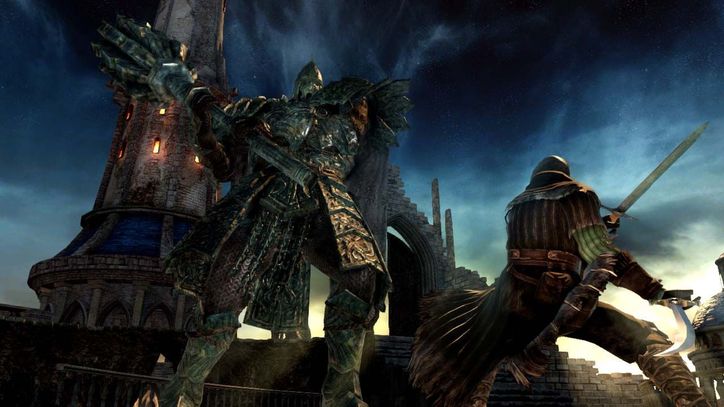 The game is epic and broad scenarios, we can ensure that it is more elaborate than the previous title, but we feel it could be even more frightening and credible with an engine more refreshed without the need to start thinking in new Consolas-. There is some irregularity in the work and detail what sections of the game as we speak, few are surprising and some less inspired.There graphical limitations in part by base platforms that have been created and partly by technology and not by the perfect-not fluent, but fortunately without so many ups and downs as Dark Souls- or resolution version issues PC will solve no problems. No, there are other defects such as surfaces and objects modeling very modest, with clearly visible edges, or occasionally textures below average that take us a bit of the atmosphere quality. We know that talking about purely technical aspects makes little sense when a Dark Souls is a game supported by his charisma and originality, hence our view remains intact: it is a great game. 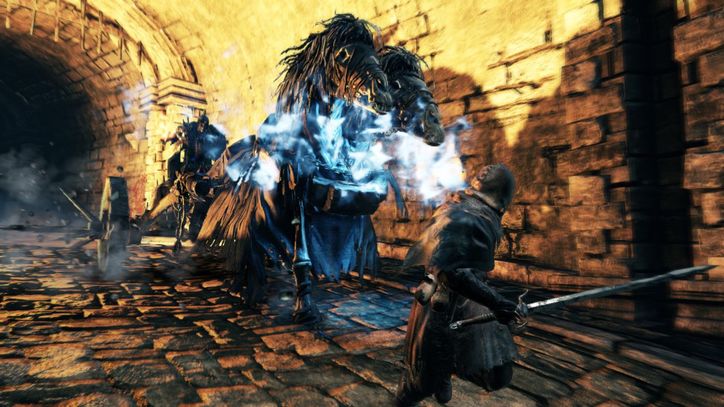 Dark Souls II is a sequel that looks at his legacy, is aware of what you can improve and change. Broadly speaking, yes, but a short distance differences subtly alter the gameplay appear. What impact has lost it gains in strength in all aparatados. Definitely new From Software is one of the latest and greatest apologies to continue giving cane to the last generation of consoles. And if you fall into their networks you have much time left dying, getting up, learning from mistakes, going to die, changing strategies and getting a hard-fought victory with sweat and tears.