Bungie invites us to the world of Destiny one more time to become Guardians in its new DLC "Rise of Iron".

Destiny has received four “expansions” so far, and only one of these expansions was rich regarding the amount of content it offered, not the Rise of Iron but The Taken King, which alone gave a good boost to the title and made Destiny an outstanding game. Although the creators warned us earlier that this expansion would not be as big as the Taken King, the truth is that we expected a bit more than what it offers, especially considering the high price you need to pay to experience and claim our place as Iron Lords.


The Rise of Iron could have been a DLC full of new adventures, and with more quests to accomplish, even it could introduce new mechanics instead of offering more or less the same, which would make it bearable for us to wait the release of Destiny 2. Make no mistake, the fact is that it is still a good and fun game, thanks to its powerful well designed mechanics and its populated player base that almost any excuse brings us back to this fascinating universe, so, despite the shortage of content, we won’t deny that it has given us a number of hours of entertainment.

Rise of Iron and the Iron Lords

This time the story takes us to a new region located in the Old Russia on Earth known as The Plaguelands, where we have to help Lord Saladin, the last of the Iron Lords(an ancient order of protectors of our world) to stop an ancient evil that has awakened after one hundred years of wait. Known as SIVA , a powerful nanotechnology able to replicate and build all sorts of things. In the past, it was used to accelerate the process of colonization of humanity, but this was soon turned against their creators, forcing the Lords of Iron to sacrifice almost entirely to seal the replication chamber to stop SIVA. However, now the symbionts of the fallen House of Devils, that are obsessed with this ancient technology that aims to transcend into a machine with a collective mind. They have discovered the location of this dangerous threat and have begun to use it for their own purposes, and here we embark on a new journey to finish what the Iron Lords of our planet began a fight against to this threat before it is too late. 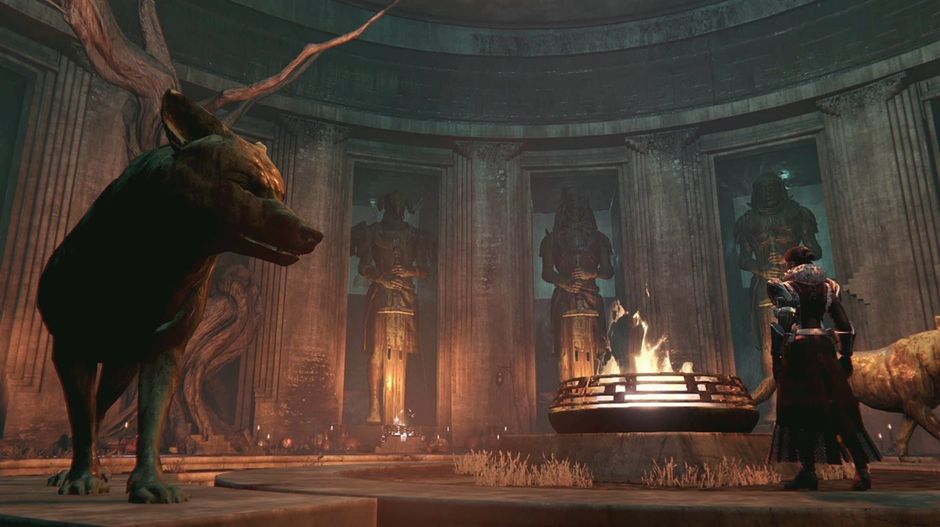 This interesting plot premise is losing it all because of the disastrous narrative. It is somewhat absurd and incoherent, gives us no reason to think about it, and the story never gets interesting enough to engage or make you care about it. It is a real shame because with the huge amount of player base this could have been something epic and very memorable that enrich Destiny universe more. There is not much history about the Iron Lords to help us empathize about the sacrifices they made.

If the campaign were telling a deeper story or introduces us to a new planet maybe, it would be a lot easy to ignore these issues, but that’s not happening. Story can be completed in just an hour and a half or two hours most, and the design of the missions are nothing new, you find yourselves in the same kind of encounters that you faced hundreds of times before in this universe, only this time you face the symbionts, a different type of enemy,  which can be beaten by a slightly different approach compared to the fallens, since these new enemies have new weapons and are more aggressive than ever. 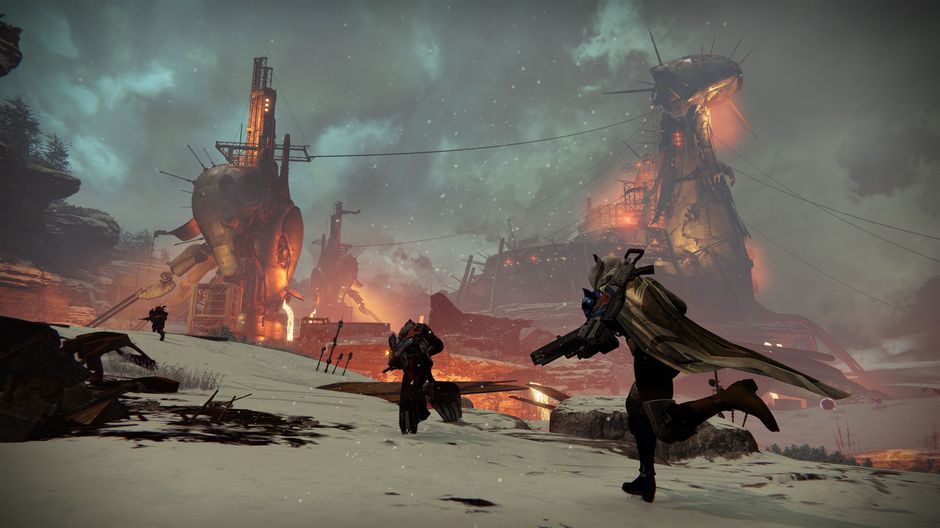 Playing through the main campaign and optional challenges you will find yourself the revised and improved versions of two classic weapons of the series, one of them being the famous rocket launcher Gjallarhorn. There are ten new missions, along with some scenarios very similar to previous expansions and there are also a couple of wave sections, where you kill everything that moves, so do not expect much of this expansion in this regard. Something similar can be said of the new Strike, there are a couple of classic dungeons have been revised to make them in Hard Mode and a few others have been added to a new list of Heroics adapting its difficulty to current light levels, so, in the end, you will be repeating the same old thing only with a couple of new additions.

In PvP they added four new maps that are both structure and visually very interesting. Bungie has applied all the experience they have gained over the years. In addition, a new game mode called Supremacy introduced, which is same as the Kill Confirmed mode from Call of Duty, so our goal is to bring down rivals and collect their tags, or it can be denied by the enemy if we don’t get there in time. 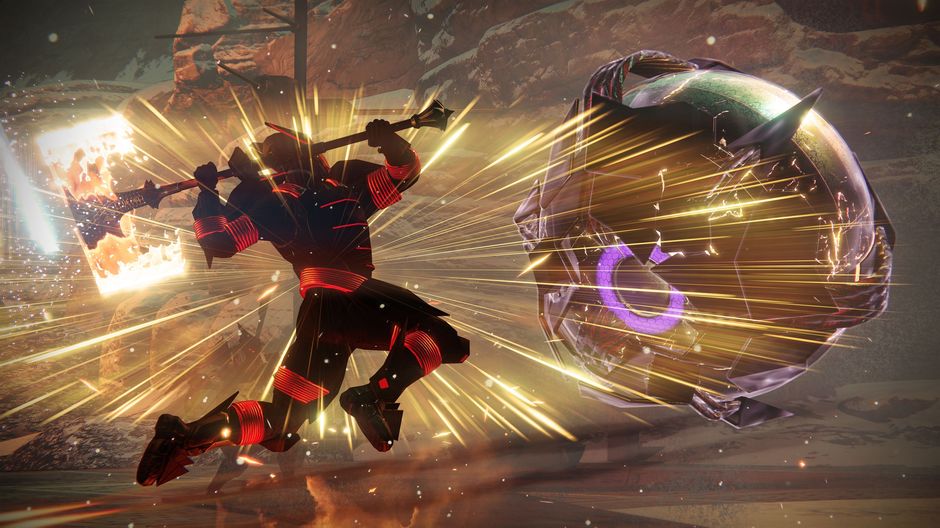 Obviously, the highlight of Rise of Iron is the new raid, called Wrath of the Machine, probably one of the best raid up to date. In which you will have to do platforming, fighting battles outside areas as well as at some points indoors within narrow spots that hardly going to have space to properly maneuver, intense sequences against the clock, and so on. There is a cooperative puzzle in itself, so you can make you a good idea of creativity that comes with this Raid. In normal difficulty it is not as demanding or strict like the Taken King Raid, so it is expected that as you increase your light level beating the raid gets easier. In fact, it is in the latter where we find the great appeal of this expansion, the progress that most motivates us to increase our light level and continue playing to become stronger. New light level cap is set at 385, but from 350 you have to play hard to get to the recommended minimum 365 to enter Wrath of the Machine raid. 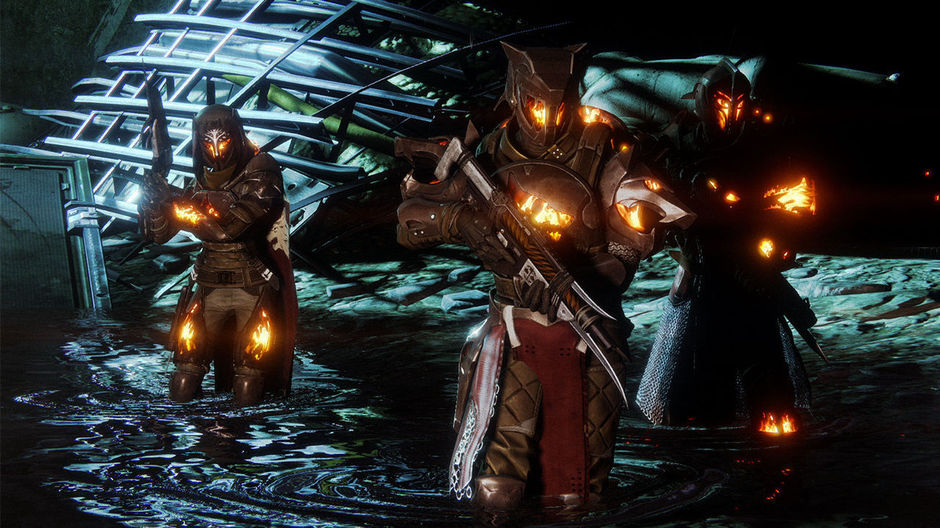 The good news is that now you can find many activities available to track, or PvP, as well as patrolling the Plaguelands, participate in public challenges, optional adventures to complete, and contracts also help you to gain more experience. You have to do a bit of everything to progress quickly, so you don’t get bored for doing the same activity over and over.

Regarding visual Rise of Iron looks great, the sceneries, the new armor, the redesigned enemies, and so on. Everything is appealing to the eye. Also, the levels are larger and more impressive, especially in the new raid and public events. Finally, the sound simply spectacular. The new soundtrack of this expansion is practically live up to what we heard in the base game, again an outstanding level. Epic, tense, quiet mix of compositions will accompany us throughout this new adventure to get completely immersed in the action. Bungie delivers the perfect fusion of image, sound, and gameplay.  The sound effects are strong, varied, sharp and quality, not to mention how well the surround sound technology is used so that we can tell everything that happens around us just by hearing. 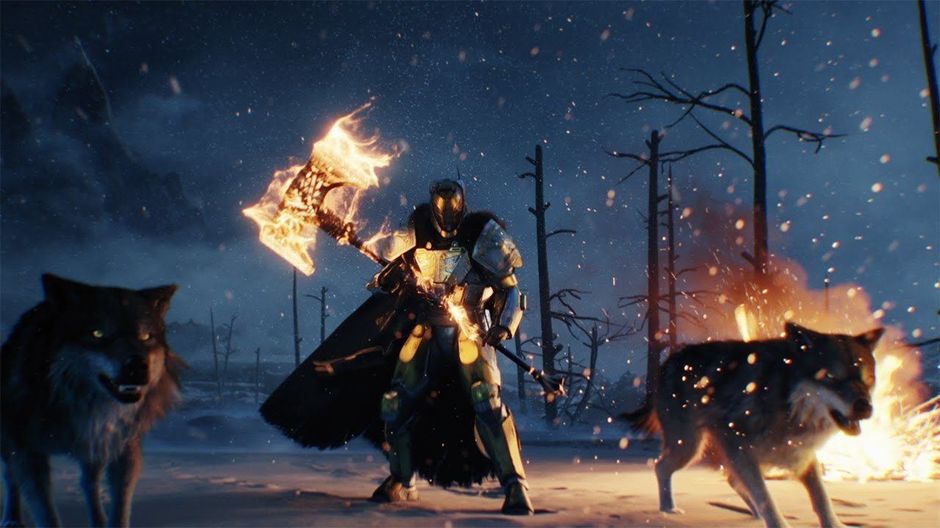 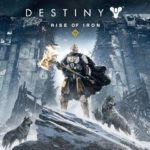 We will not deny that Destiny: Rise of Iron could deliver a lot more. Something much more ambitious and could offer more content for the asking price, until its next expansion or sequel. It could introduce new subclasses or even more character levels to climb, but, in the end, we get a very short DLC, and all these additions will probably come within the sequel. If you already invested time in Destiny then you will have a great time exploring the Plaguelands, fighting Symbiots, repeatedly dying in the great new raid with you buddies, as well as playing the new competitive maps. After all, this is Destiny!

SNK VS CAPCOM: THE MATCH OF THE MILLENNIUM Review
February 2, 2020