The video games used to be different from what we have now but also different as a genre from each other. Now, if you take two AAA, it is quite likely that they share 70% of the gameplay, and that it is the theme and a couple of details that separate them.  Before, development costs were much lower, and more experimental projects were possible without fear of losing hundreds of millions of dollars. It was possible to make a game that put you in the shoes of an alien who had to kill all humans and not die trying. And now, 15 years later, we get an entertaining remake of the original.


They came from outer space

Destroy All Humans! is a remake of the 2005 action game in which we control Furon Cryptosporidium, Crypto for friends, he has to go to Earth to get human DNA in order to guarantee the survival of his species. The adventure takes place in 1959, so we have the perfect setting for this first wave of extraterrestrial panic in American society, which has been reflected in many books and movies.

Gameplay mechanics are very simple. After all, it is still a PlayStation 2 and Xbox title. In general, we have two types of missions, action and infiltration. In the first, either on foot or from our flying saucer, we are going to kill everything that moves. In the latter, generally, we will have to use our powers from outer space to adopt a human appearance and sneak between the unsuspecting Earthlings to kill someone, abduct someone or some other silly objective. 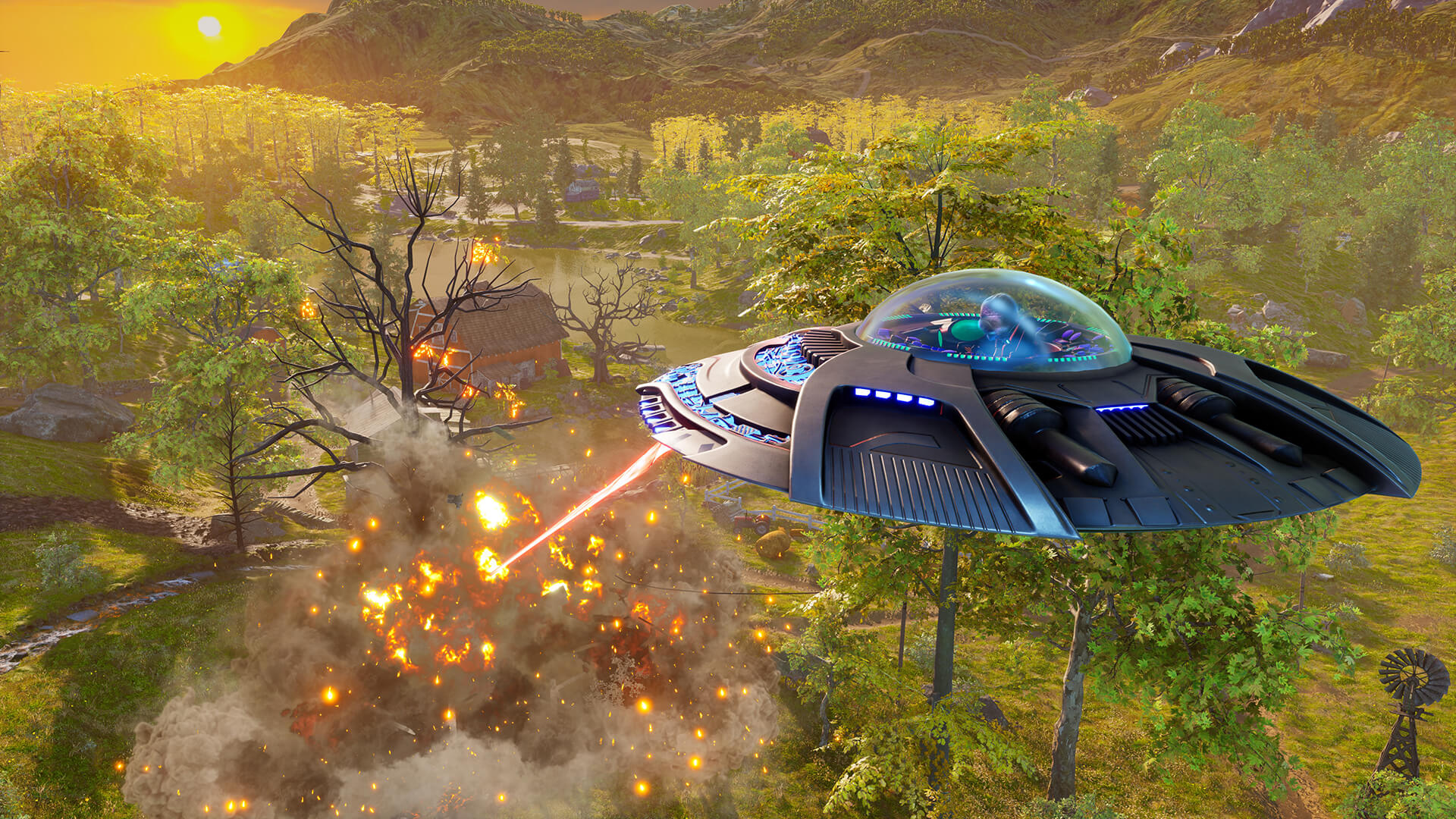 Just because it’s simple doesn’t mean it’s boring; in fact, we find it very, very entertaining. Amid so much “serious” game and between so much blockbuster, you may want something more direct, with a comic tone, five-minute missions and a small arcade component to replay them. Of course, we were in the mood for something like that, and we found it perfect to play 20-minute games from time to time.

Black Forest Games, those in charge of this remake or remastering, as you want to call it, have done a more than a remarkable job to adapt it to the times, both playable and visually. The first thing and what we appreciate the most is that Crypto is now much more capable, being able to do different things at the same time. I mean, now we can shoot, throw objects and extract brains, all at the same time, something much needed. Besides, we have new abilities, such as controlling the minds of rivals to defend us or converting objects on the map into ammunition. They may seem like small details, but they make the experience more fun and flow better.

Something that we have loved is that discarded content from the original game, created by Pandemic Studio, has been recovered and that we can finally enjoy in the form of a mission. Black Forest Games has also added items of its own, such as additional objectives, and has nearly quadrupled the number of improvements available to Crypto and its saucer. 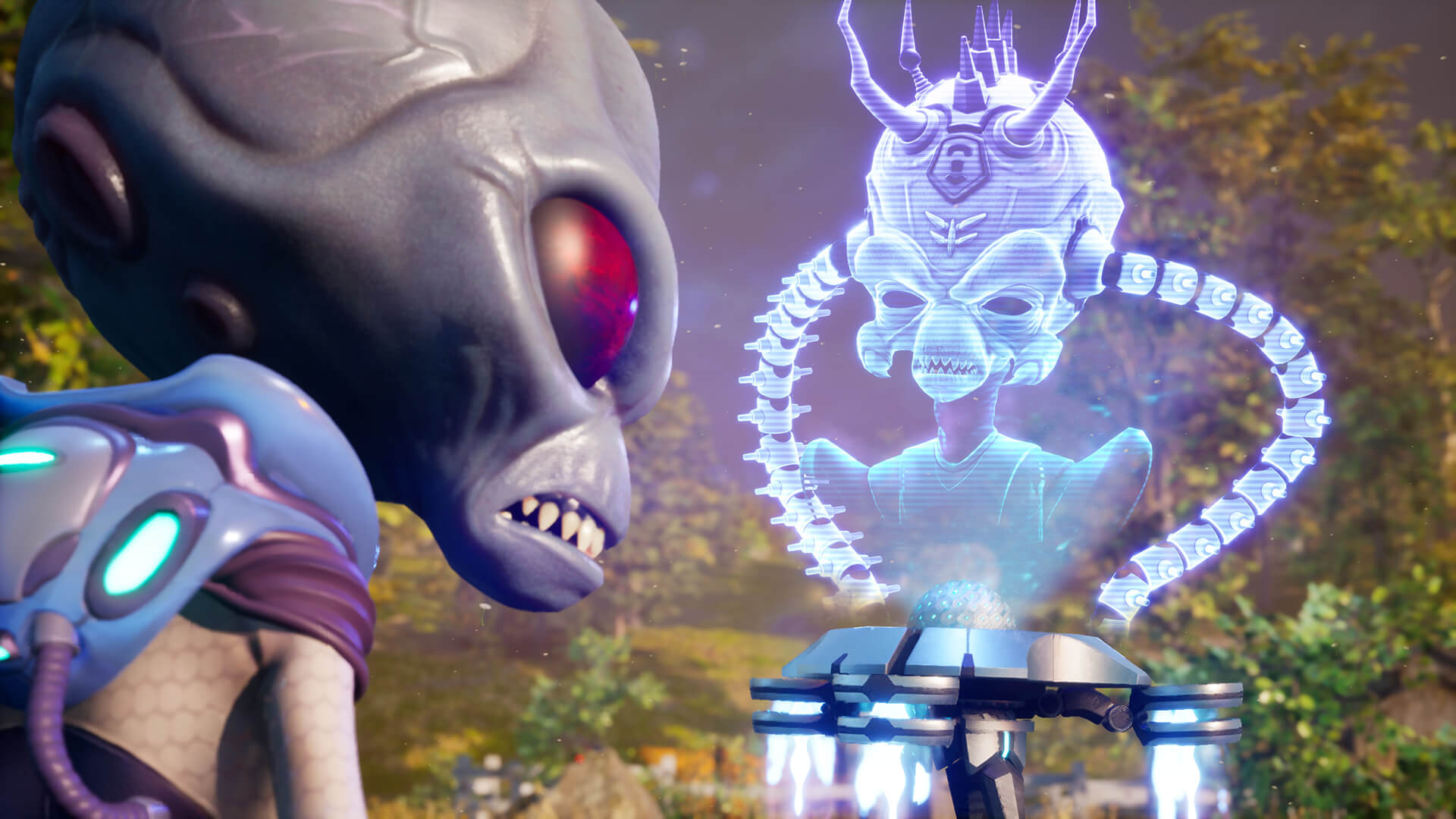 If you are a fan of the original, you will find that everything is done with a lot of respect. As a 2005 game that parodies American society in the late 1950s, there are some things that can be somewhat questionable today, and everything has been maintained, although a message has been added at the beginning that, humorously, it warns us that it is a work conceived in another era. While it is true that some things can be a bit shocking, we also believe that the social criticism that it makes is more current than ever, and we are going to see many situations that from its humorous prism reflect very relevant problems today.

Destroy All Humans! it looks very, very good. Surprisingly good. Obviously, it is not a project that can be compared to other big-budget ones, but we think that the developers have done a great job of making it look like a current-gen title without losing the essence of the game it is based on. We have played it on PS4 Pro, and although we believe that it does not reach 4K (at least during the gameplay sequences; perhaps it uses dynamic resolution) since it offers a somewhat smooth image, at 60 images per second. 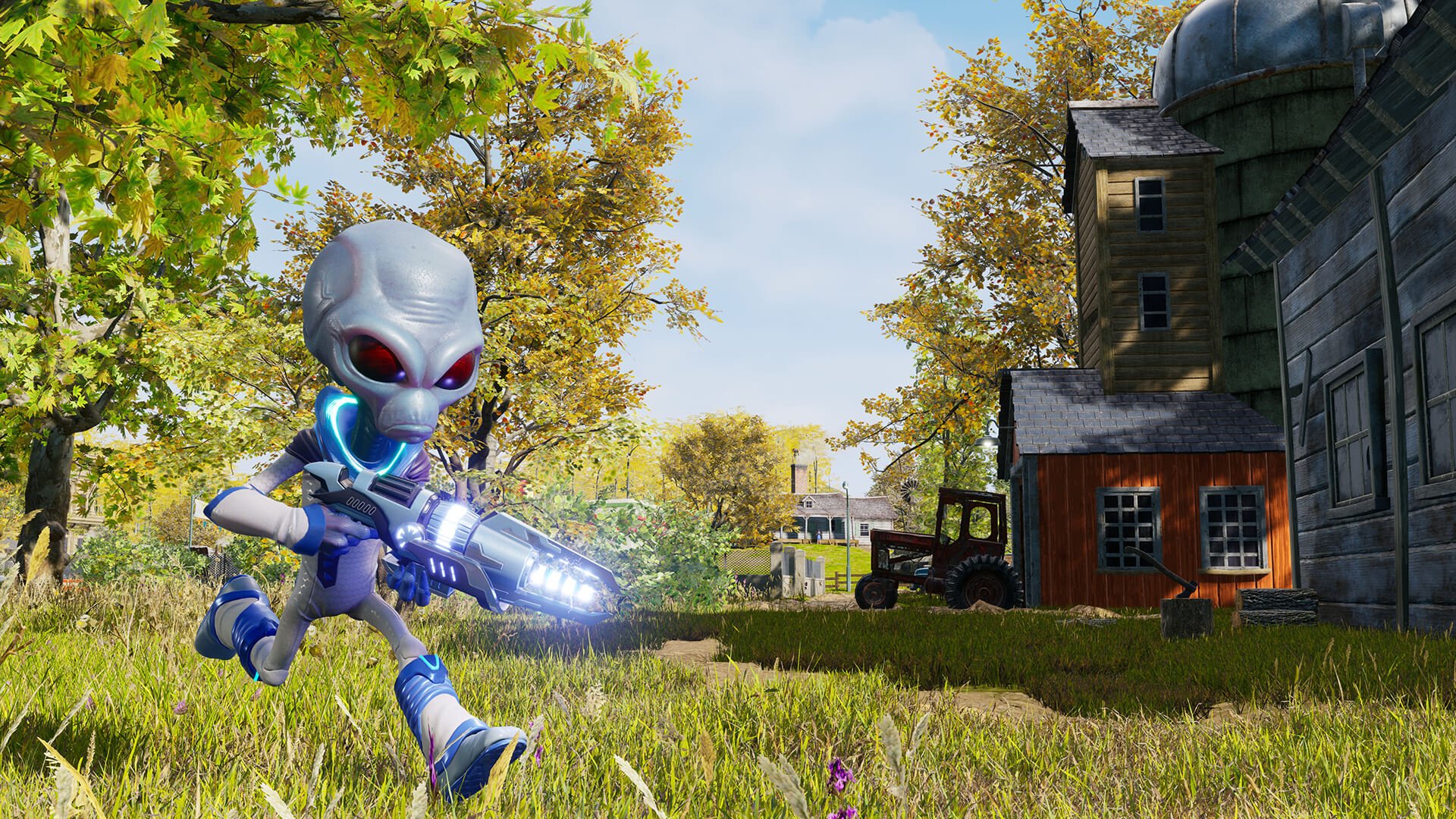 In terms of sound, to maintain the authenticity of the original, the studio has remastered the original recordings, and sometimes you can tell that the quality is not up to par, but it is something that does not bother either. In fact, Destroy All Humans! sounds very good, and it is only in specific moments that we hear some lines of dialogue that sound a little poor.

Destroy All Humans! it is exactly what it promises. An update, both visual and playable, of Crypto’s adventure on PlayStation 2 and Xbox, which also gives us restored content from the original title and other small news, such as new objectives, power-ups and even narrative sequences made with motion capture. It was not an outstanding game in its time and it will not be now, but it has seemed like a very fun title that has helped us to disconnect between AAA and AAA, that direct action that we enjoy without complications from time to time. It comes out at a reduced price ($29.99), so if you want to go back to the 128-bit era, you will surely have a good time destroying all humans.

We prepared this review with a digital review code for the PS4 Pro version of the game provided by Evolve PR.