The well-known golf series maintains all its fun in its debut on PS4 and brings the fun for the online community.

Golf is for everyone. Even if you think it is not for you, a good sports series can make you change your mind. It is not difficult to meet fans of Virtua Tennis or Top Spin unable to endure a real game of tennis without dying of boredom, and the same happens with Everybody’s Golf , a veteran series – this year celebrates its 20th anniversary – that fans of the sport already Complete newbies who do not even know the basic rules . There is the merit of Clap Hanz, developers of the saga since his second title, which has survived with this minority genre for generations, on home consoles and laptops.


The new Everybody’s Golf seems a timid attempt to restart the brand, not so much in its gameplay, that essentially does not make very drastic changes, but to settle a common name. As we discussed in our impressions of the beta, this time the usual Hot Shots Golf title falls in the United States and also the numbering. Simply Everybody’s Golf or New Minna no Golf in Japan. Japan Studio explained that in such a global era it was a problem for the promotion to give so many different names to the same game. 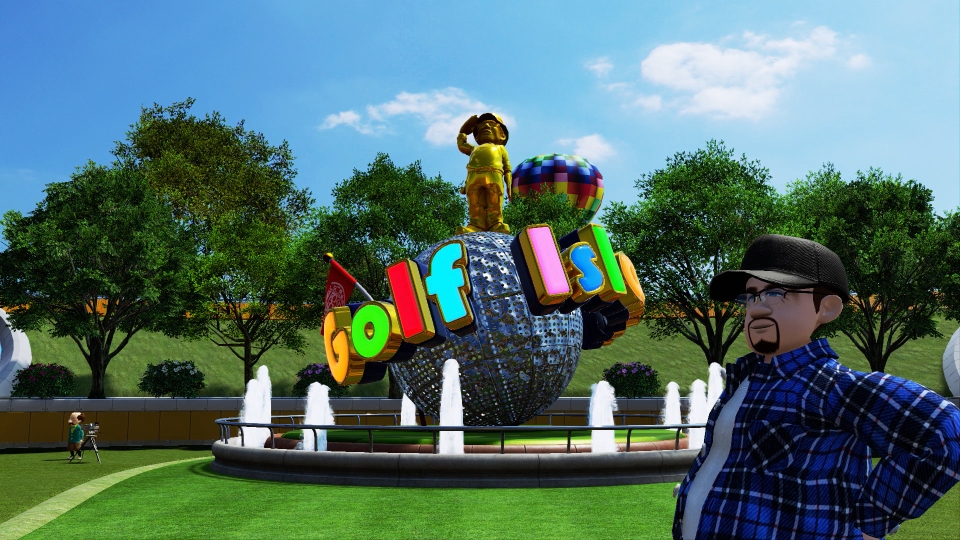 Once again, Clap Hanz bets on a mechanically funny and seemingly simple mechanic that helps little by little in its complexity. The interface shows a bar at the bottom, and with a touch starts the movement that measures the force – the distance to which our shot will arrive. If the hole is relatively close, an indicator will indicate the energy needed not to be short or long. After this calculation, the second press should be made just at the start point; A little before the icon of a hare, “he said, shortly after the turtle, slow, diverting the shot from its trajectory.

With this base and many other data to take into account – level, direction and strength of the wind, type of terrain, our own level of precision with the club – we will be able to get good hits , as long as a mistake does not cause us to hit Branches or throw the ball in a lake. Any user will get close to the hole pair in their first attempts and begin to assimilate golf terminology: sand traps – bunker – bogey, eagle – two strokes less than par- … It does not matter if all this is you Unknown in your touchdown, practice is the best teacher and comfortable learning curve. 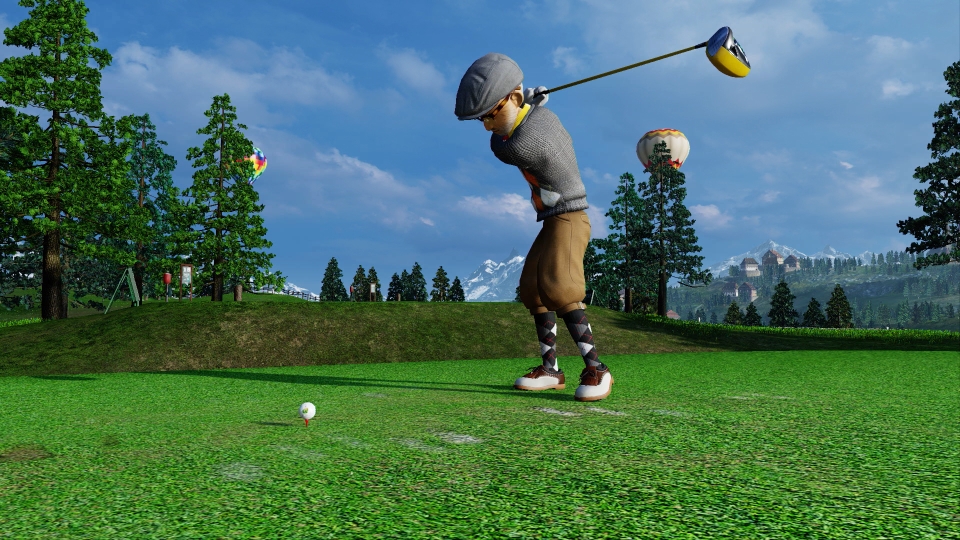 This section is quite similar to previous Everybody’s Golf, what changes a little is the way to represent it and give more content to what is not strictly golf. The team has highlighted its elements of the open world, although we must clarify that it is the concept because it is not a huge world with all the fields interconnected physically; There are screens of load between scenarios that in fact are a little heavy if you jump between one zone to another often. 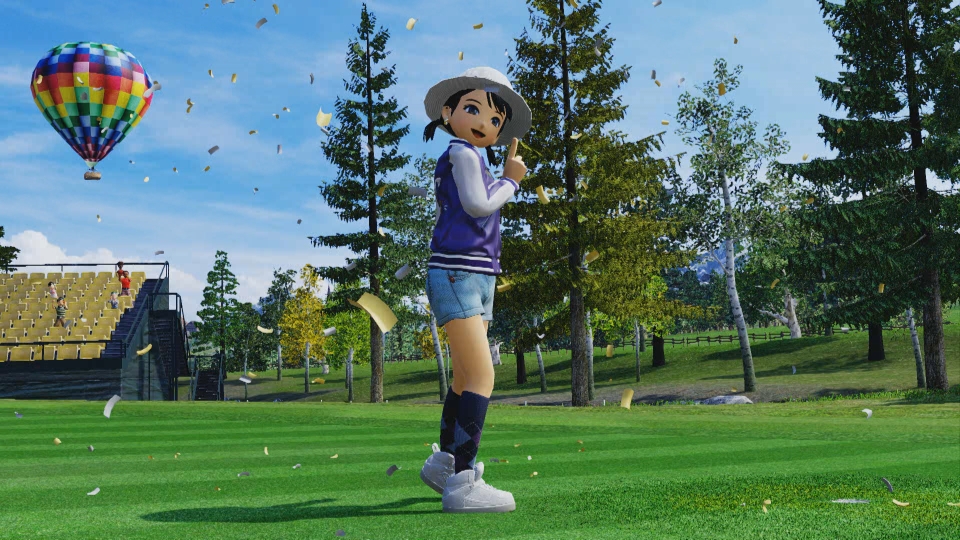 What is certain is that each field is now a small virtual world in which to meet other users, freely explore the stage or participate in mini-games – fishing, exploring cars, quiz questions. Unlike other titles in the saga, the most similar thing they had to this was online lobbies , now you could spend hours in the same field doing what you want at your pace, approach a hole and practice, start a tour of nine Holes -or more-, find coins and gifts on the exploration, even forget the golf for a while. A kind of miniature MMO that can also remember the extinct Home of PS3. 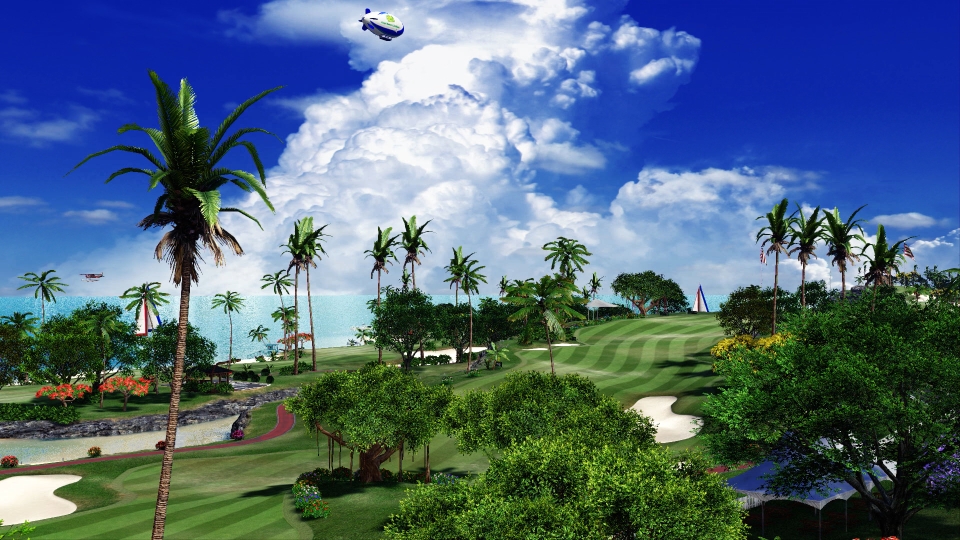 The other important aspect is the better integration with online functions. There are daily rankings to test our achievements against the community – no division of regions – and we have the territorial dispute mode that we could enjoy in the beta: divides users into two teams with the intention of touring the field and playing holes, Adding points for the group – requires precision and speed. This is the mode that best exploits the new freedom of movement. In short, almost everything is tied to a record board, and even if you do not fit into the competitive player profile, at least it will be useful to calculate your performance. 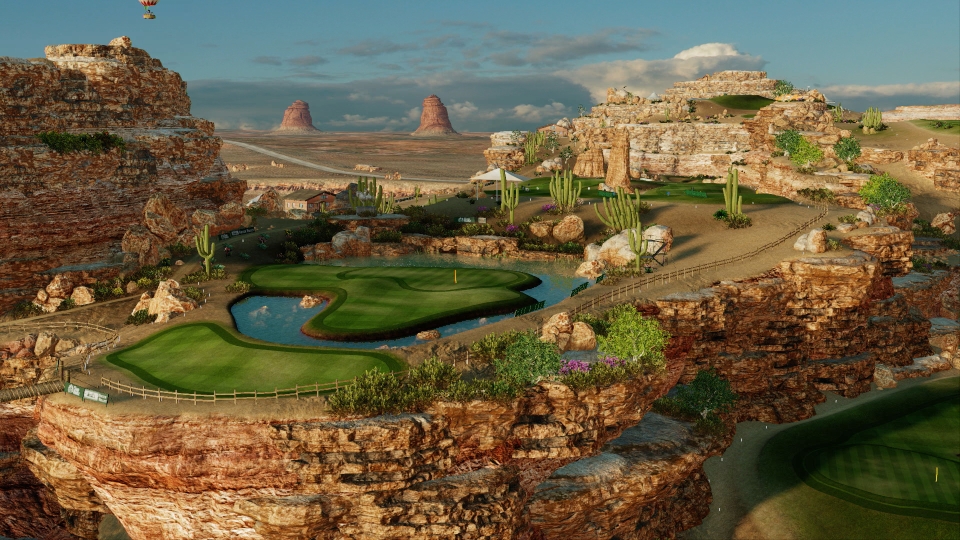 It is advisable to have a connection to get all the juice, but it is not essential. Everybody’s Golf still offers tournaments for a player with increasing difficulty, special rules, and accumulating enough experience we will face a specific opponent- three for each level, plus other secrets to meet certain conditions. They are very exciting duels because the opponents play reasonably well – almost always in the pair – and the victory also rewards us with their clothes, in case we want to copy the aspect to this personage. The first offline tournaments can be considered the tutorial of the game, so it is advisable to start here. 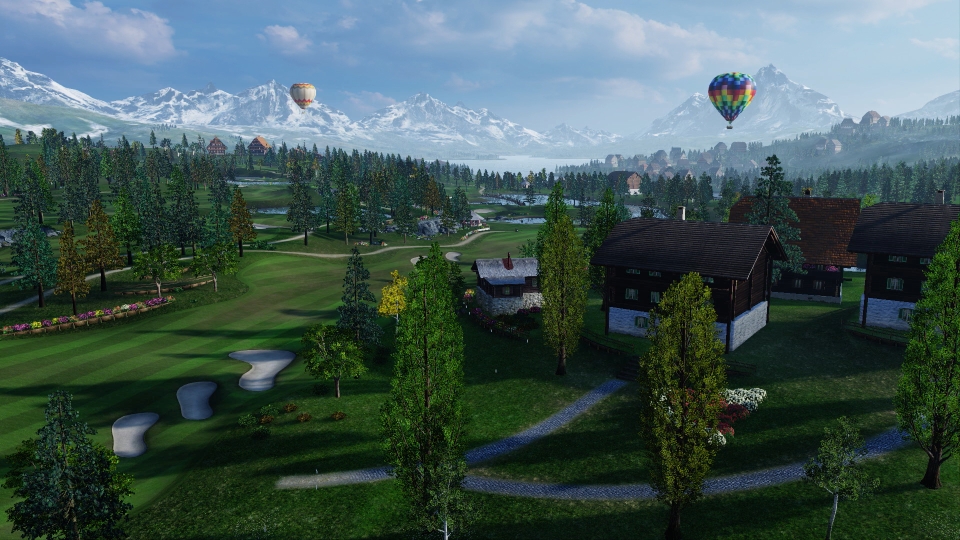 Precisely the unlocking is one of the most important incentives to play continuously. The complete character editor has multiple clothes and accessories to get rewards or buy with the money – the store has products in rotation – as well as gaining experience that improves the profile we exploit more: it achieves a record in distance traveled With a certain stick and improve this section, demonstrates good precision and polish this aspect . Whether you are exclusively dedicated to solo tournaments or looking for glory on world boards, there is always a sense of progress, and you will play better: because you know the tricks and because your tools are superior. 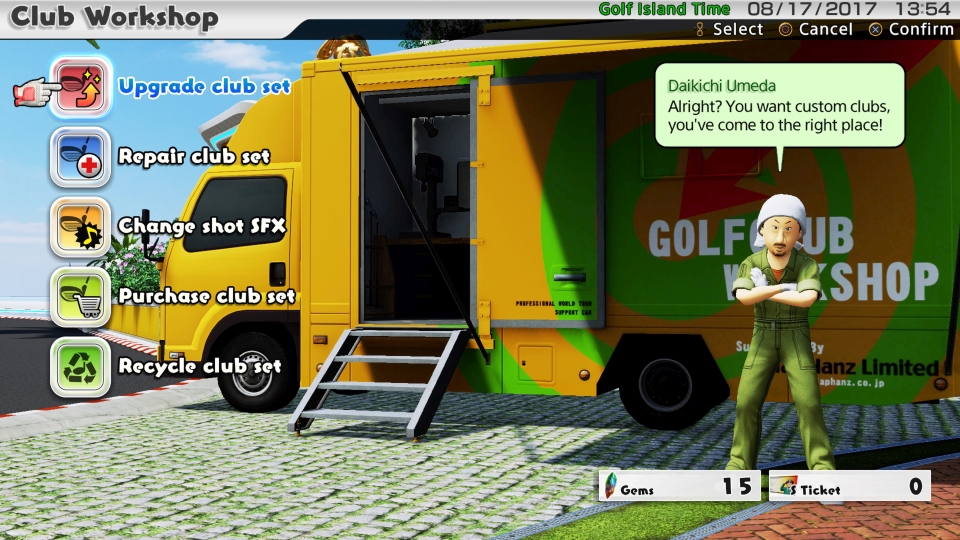 Do you want to set up a local tournament? In the initial menu, we find the option to compete with friends, up to three more and using the same pad if necessary. If the number of players is low, you can also configure the artificial intelligence to occupy positions and be a championship tighter.

Although this is not a breakout delivery of Everybody’s Golf as you might think, the truth is that the changes – mini-games, open courses – are more than enough for a game of golf. No one can ask FIFA to reinvent its formula. Sports titles must evolve within limits. And Everybody’s Golf is fun, even allowing some licenses to help beginners, such as large holes and even tornadoes that attract nearby balls. However, we do not recommend the automatic impact adjustment, since it reduces one of the pulsations at the cost of leaving the precision to the luck. 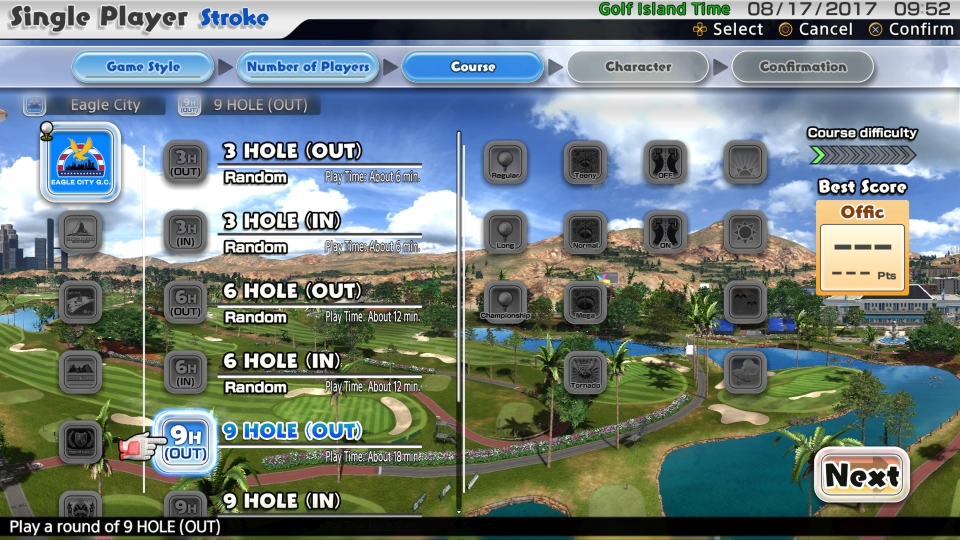 Of course, there is scope to improve some sections. As for the content, perhaps placing too much behind the barrier of progress will despair the most impatient. We have five locations – with their mirror versions – and two more to acquire in a download, but only one will be accessible at the beginning. The same goes for the mini-games – you will not unlock the car until the first ten hours – and by then you will still be learning skills to refine the shot. That is, it takes time to see and discover everything that Everybody’s Golf offers, which has advantages and disadvantages. Of course, it is not a purchase to leave abandoned to the two days. 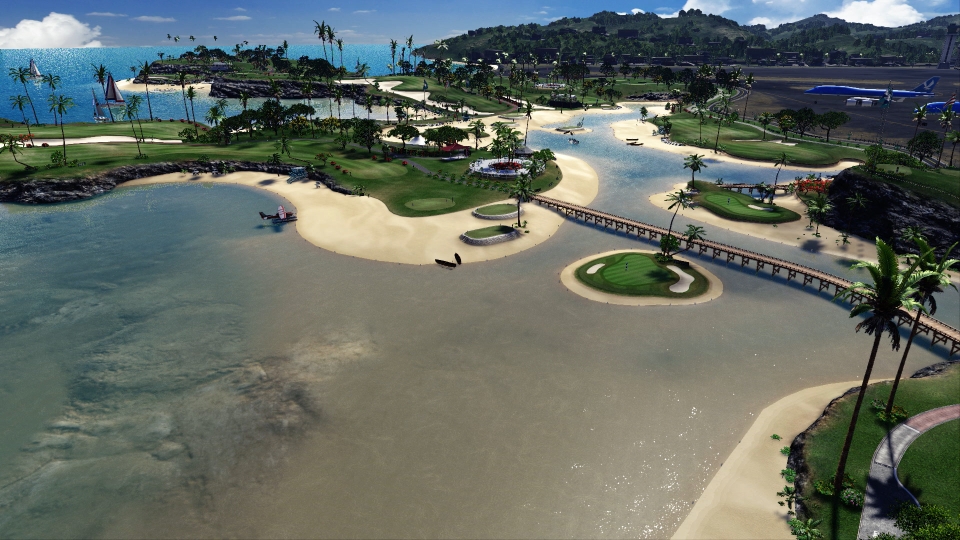 With its jump to the current generation looks good but there are small fringes that slightly affect the general impression, the most notorious lack of a good antialiasing. Bearing in mind that due to the type of game we are going to pay close attention to the horizon and that in the console we have quite spectacular productions, it seems evident that Clap Hanz has not expressed all the graphic potential. Nor is it that the series has ever stood out for its technology or that it is a really important question in this case. 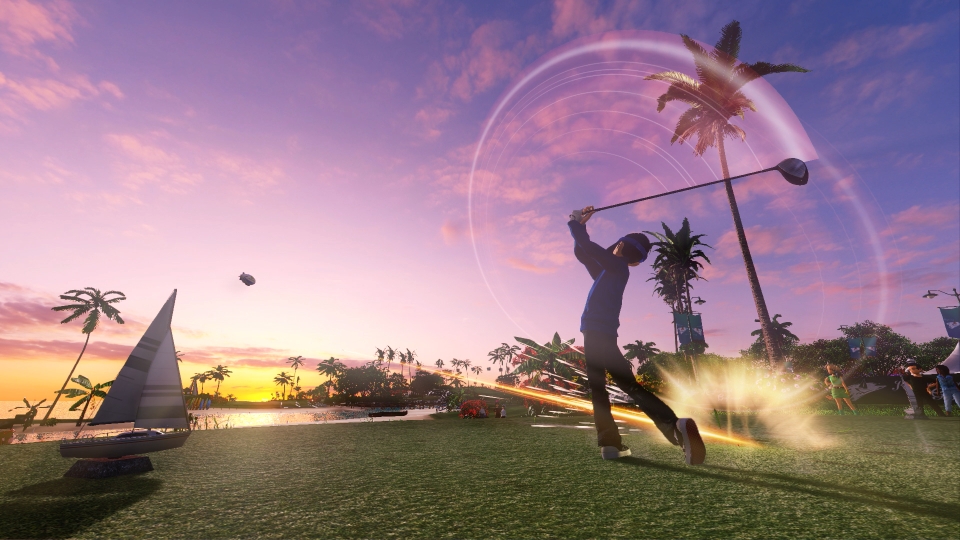 PS4 Pro users can choose between 4K mode, 60 frames per second -super some slump in crowded areas, although it holds up most of the time – or the standard that would be equivalent to an original PS4, at 30 frames per second. The characters are a cartoon- like, but the complete editor lets you go from the more deformed style to one of the more realistic proportions; Of Mii to the avatars of Xbox, to give an example. The landscapes are correct, with variants of lighting according to the time and the climate, although it is not dynamic.

We are very much afraid that this Everybody’s Golf will go unnoticed for the general public, partly by launching in a summer with more movement than usual. A pity because it is the version with the best immersion of the saga – by exploration and its virtual community – with hundreds of personalization objects to unlock, a multitude of tournaments and exciting online games. He has no intention of revolutionizing the series, and he does not, but golf fans can not miss this addictive game now as in 1997.

We performed this analysis with a download provided by Sony.