The indie titles, among many other things, have uncovered a trend for the aesthetics, playability and 2D charm which many users are very grateful. Thanks to this new distribution model and business, many users (especially the older ones) have been priceless and really enjoy performing stocks. Extreme Exorcism is one of the thousands of examples of this same work also presents a level of addiction rarely enjoyed in recent months. And that his approach is extremely simple.


This production of Golden Ruby Games presents a unique game system, which forces us toeliminate ghosts and colors entities inhabiting the various departments of a haunted house and its surroundings. But it is best that instead of relatively conventional form, this time is necessary to undertake such work memorizing each of our movements.

As Mae Barrons , we move into a haunted mansion consisting of ten rooms or different areas : cemetery, kitchen, library, garden … But far from being a tour, our mission is to destroy the ghosts that inhabit each of the areas, It is necessary to finish them in successive rounds. And the way to do it is simple, giving cane with all types of weapons!

You may obtain and keep up to three weapons at a time, which are all very different: knives, bazookas, swords, etc.

Rocket launchers, machine guns, knives and other items that can be collected (may hold three at once) wreak havoc among the opponents, who are moving from one place to another scenario … but in a particular way. And the main innovation presented by this title compared to other similar lies precisely in the movement of the ghosts, as they emulate exactly the movements we perform in the final round.

For that reason and because the authorities run through the same route established by our protagonist, we must memorize as much as possible what we are doing in each case and also plotting a strategy to avoid falling into our own trap.

But things will encourage more come into play when the other participants that may be cited in each evening ghost hunting so particular. Up to four players can work locally on the main game mode, Arcade , reaching dyes chilling madness when the four ghosts of each of the players come to the fore. Furthermore only just we surpassed the level when the spectrum that carries a crown , so you must be very attentive to everything that happens on photo to end up in the cemetery. 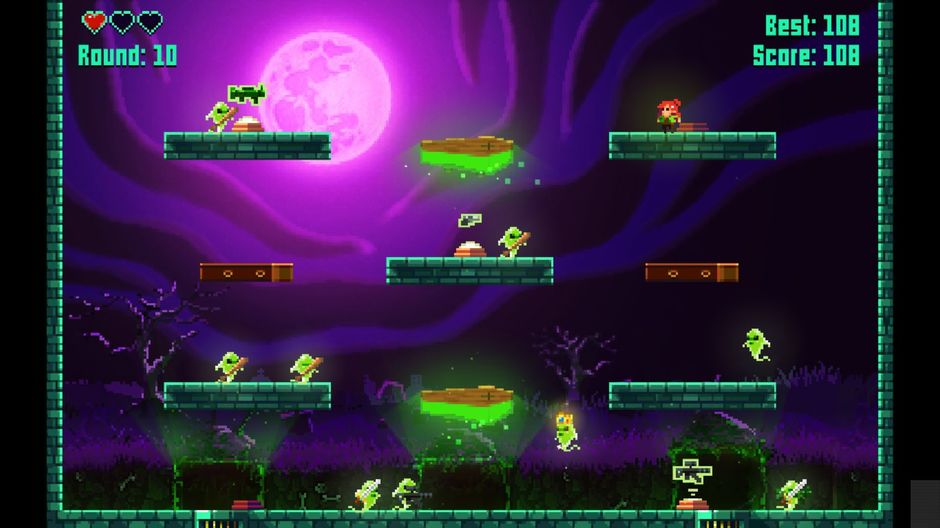 The various environments that host this venture have their own elements and design, offering a considerable variety.

A game system extremely simple but that brings to life a truly vibrant moments . This title knows how jeopardize our reflexes, visual acuity and memory, something that not many can boast similar titles. And this simple system control almost laughable, one of those productions that can be enjoyed by almost any user, regardless of skill level, age and other characteristics is added. Another safe bet for this adventure.