An Unreal Engine 4 game filled with exploration and fighting in a beautiful world.

Stories: The Path of Destinies is an action adventure game which being an increasingly popular genre. The protagonist is a swordsman and former pirate fox named Reynardo , who must fight against an army of crows led by the ruler of the world of Boreas where the adventure unfolds. That plot is not the most elaborate of the universe but, thanks to the developer for trying different routes that can be chosen during gameplay, and it becomes quite attractive as we beat the levels to see what stories are behind the plot.


But the most interesting thing is that, as you just overtake, as a good RPG the protagonist can be gaining experience points that allow you to be learning new skills. The skill tree is quite striking and is subdivided into various categories, from the possibility to slow down time to improve your health and resistance levels, etc. This game has a characteristic that may be experienced in other titles, in this case still acquires greater relevance: the decision-making that allows you to go a stage or other. The system of progression of this title is based precisely on beating the game again and again to discover the four endings that lie behind it, which ultimately are like the grand narrative “secrets” that you can reveal as you play.

You may most likely think that this formula was used before by other titles, although it may be attractive, can end up being very repetitive. And it is, in a way, that is unassailable. What happens is that as we beat the game, again and again, we unlock new areas. And not only that, by revealing new endings, our character can achieve and learn new skills. 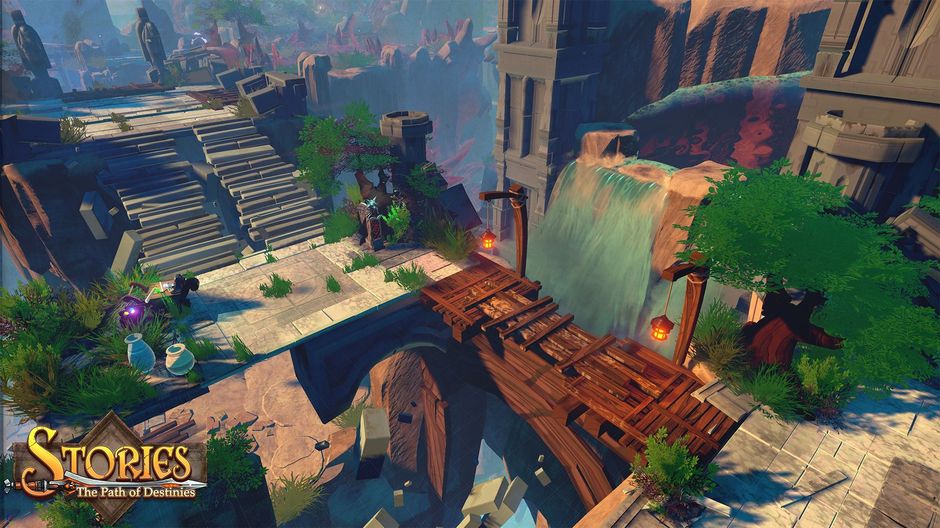 Depending on how well you play it during the fighting, which happens in real time, you obtain a degree of experience points. One way of rewarding your skills in combat. Moreover, it has also added another crucial role in the game: crafting. This very ability allows us to create new swords and improving the capacity of each,  by gathering minerals and various essences (water, the wind, etc.) that are housed inside chests that are spread across the different areas of the game. These swords have another primary use. Certain doors can only be unlocked by using the required sword as if they were improvised keys, any of the four leaves that you can forge (Firestorm, Sword Hero, Winterthorn and Vacuum Sword). Backtracking is necessary later in the game, but gameplay mechanics of advancement and narrative becomes much more bearable as you keep empowering new game possibilities.