Talking of the missing elements in this version of Far Cry, is the lack of firearms, which surprisingly has been solved perfectly! Far Cry Primal introduces different types of bows, clubs and spears fulfill its function well. All weapons are well controlled, they are fun and also, the latter two can be used both short and long distance, throwing them. A signature mechanic of the Far Cry Series that remains same is to correctly handle situations with direct action or stealth, and even animals that accompany us adapt to the situation, sneaking crouched if we do too.

If in previous Far Cry animals gave much game, and caused unpredictable situations, imagine here, with the world full of wildlife, where at any moment a tiger or a bear you can take over, and only you can defend with a bow or a club.  This is not a pure survival game but has details related, such as having to be constantly looking for resources and crafting objects.

It has details that we liked a lot, like when the night falls your surrounding become more dangerous, with more predators hovering over the stage and the need for a fire to see well in the dark, or if you are on the north side of the map, a cold meter appears so you need to survive freezing cold and keep warm, whether basking in fires or creating better clothes. It is an action-adventure with very good ideas, but none of them have dared to take them to the end, never stop being a game accessible to all audiences.

As you can imagine still an open world game from Ubisoft that have tons of content in the form of primary and secondary missions, rescue, hunting, assaults camps, caves we have to explore all collectibles type, a lot of skills and improvements to unlock, and ultimately a game if you’re more or less to the point you can last about 15 or 20 hours, but if you want to get all challenges it will go to almost 40. 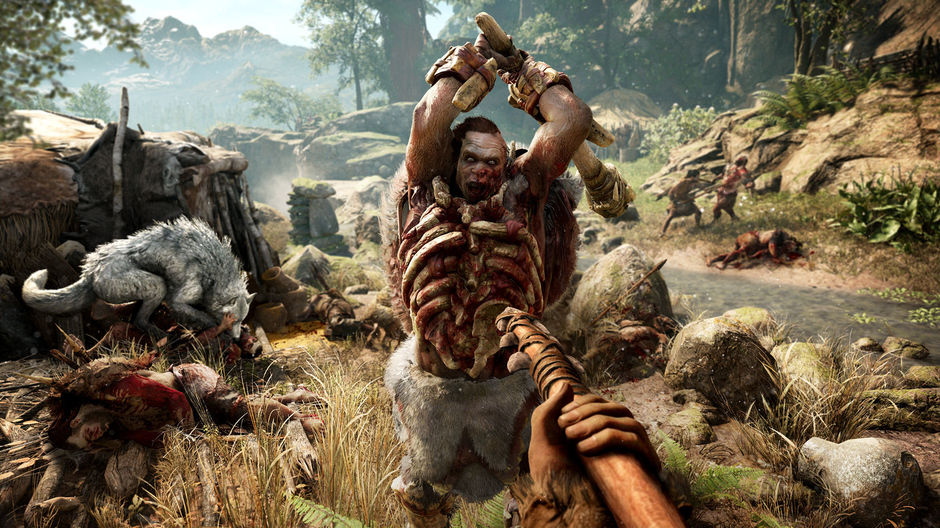 As mentioned at the beginning that Ubisoft has opted for the amount of content rather than to offer any  surprising missions, and reached a point we have not been able to differentiate some primary missions from the secondary. It has become a fashion in the genre, where adventure puts barriers so that you can not continue the main story before you have to have unlocked certain skills or obtain certain equipment in order to progress further. Basically, this is a game where you to be ever so stronger, grow your village and defeat the rival tribes; in this way you do not expect big twists or surprises.