Forced Showdown is an indie action game with a touch of RPG and strategy, created by BetaDwarf. You play as a gladiator locked in an area, and your goal is to destroy the other beings in the stage because in this world is to kill or be killed, there is no alternative. Is the reason for all this? Well, I must congratulate you because you’re the star of a show of the entire galaxy, which is waiting expectantly for your triumph over death, or dungeon that crosses. 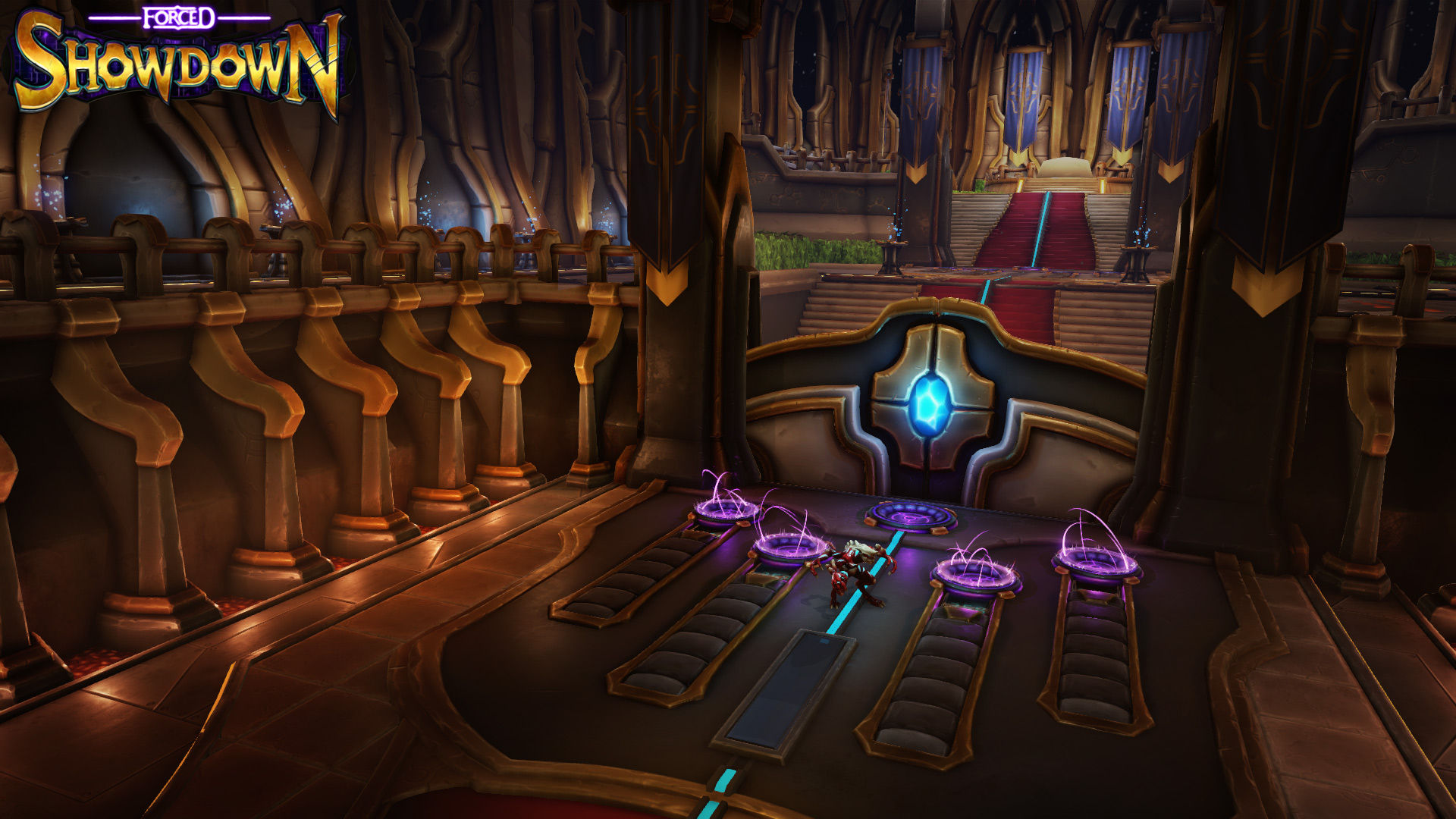 It is top-view, where you monitor the stage above the protagonist and enemies.  Forced Showdown is a rogue-like, hack and slash in which you have to kill all the enemies of each of the levels that make up each arena. 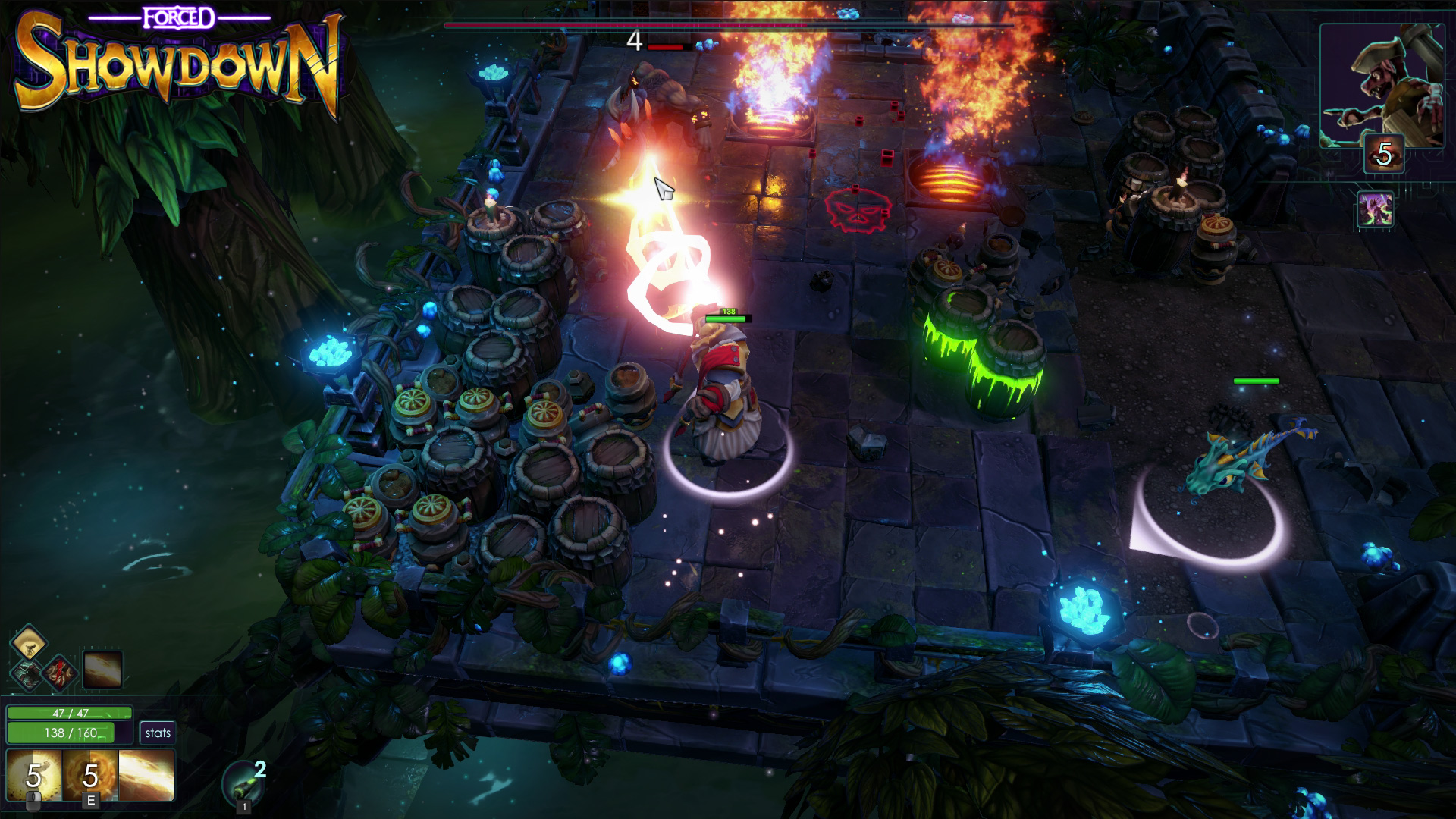 What differentiates Forced Showdown from the rest is it’s integration into the combat system introducing a series of cards that can be used at the beginning of each match (with the cost of mana) that will provide different advantages such as they can enhance the skills of your hero, heal you, add your allies, increase your damage or your defense . 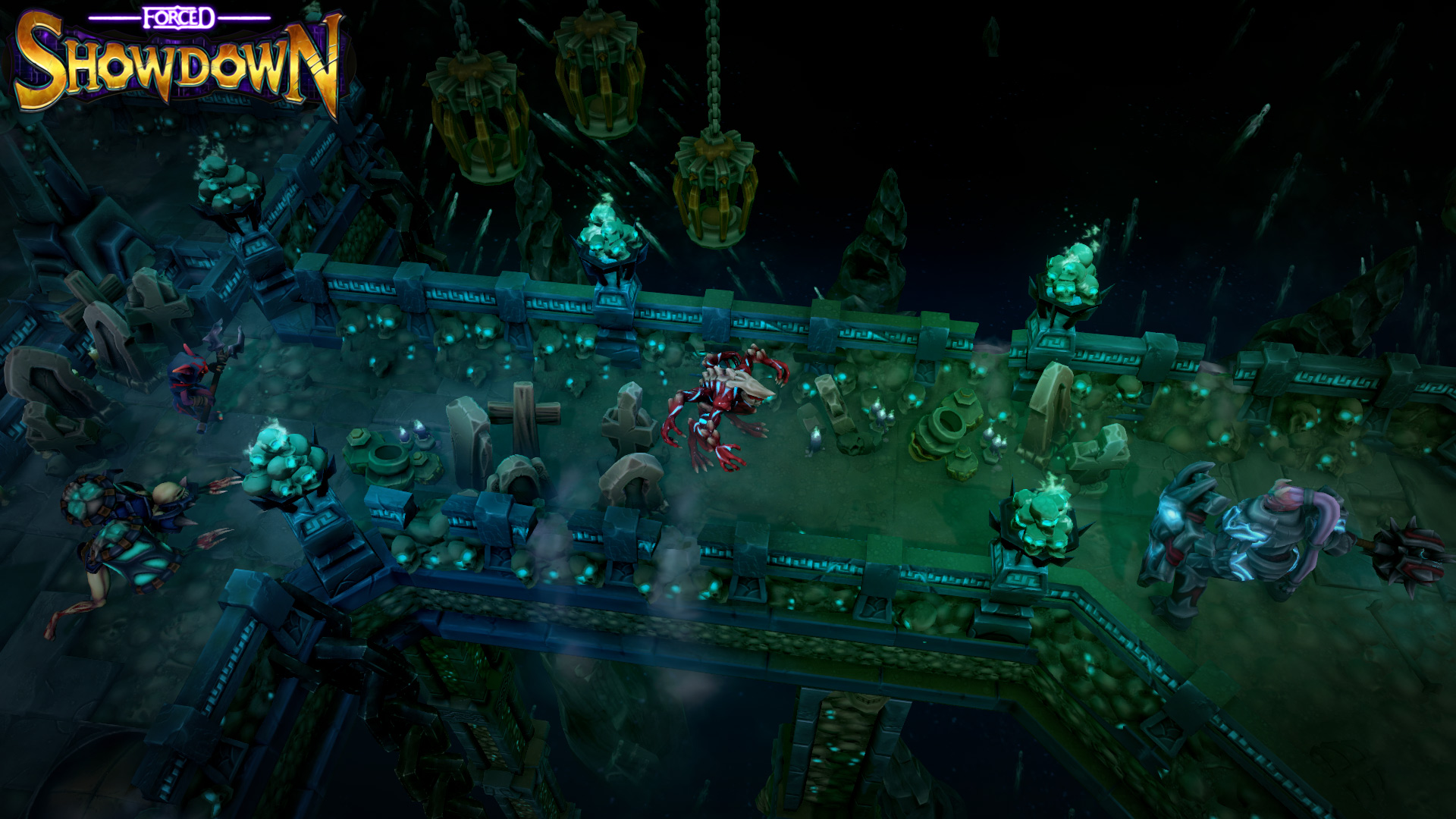 In this game, you control a character (to choose among several options that are unlocked as you progress) that has available letters which enhance the character in one way or another. Well, these letters do not come out of nowhere: Each hero has a number of them, and it is the duty of the player form a deck of 30 units with them and once the game started, some of them will appear randomly; then you have to decide which you want to keep and which you reject. Also, each level will add more to your deck.