A spectacular open world action adventure game with all the faults and virtues of the genre!

Just Cause 3 is a very refreshing game since these type of games have become very rare. It seems that Just Cause 3 is just in between the blockbusters and the free downloadable games that were created by independent developers. As everybody knows, it can be tough to compete when in this grey area, but this game has so much action that it does generate enough attention to become successful.


Swedish Avalanche Studios has created a game where you can roam freely on the maps, conquer fighter jets and blow up barrels and vehicles. At times you will feel like a super hero due to the capabilities of roaming around like one by using the attached grappling hook to your arm.
The hero’s name is Rico Rodriguez and he will be jumping and flying around in a huge open world loaded with beautiful scenery. The map is full with enemy bases waiting to be destructed and liberated as you wish. The areas that have to be conquered are controlled by the evil dictatorship of General Di Ravello. The story mode forces the game into an action packed environment willingly or unwillingly. Each mission will get harder and harder, but each of them is definitely doable. 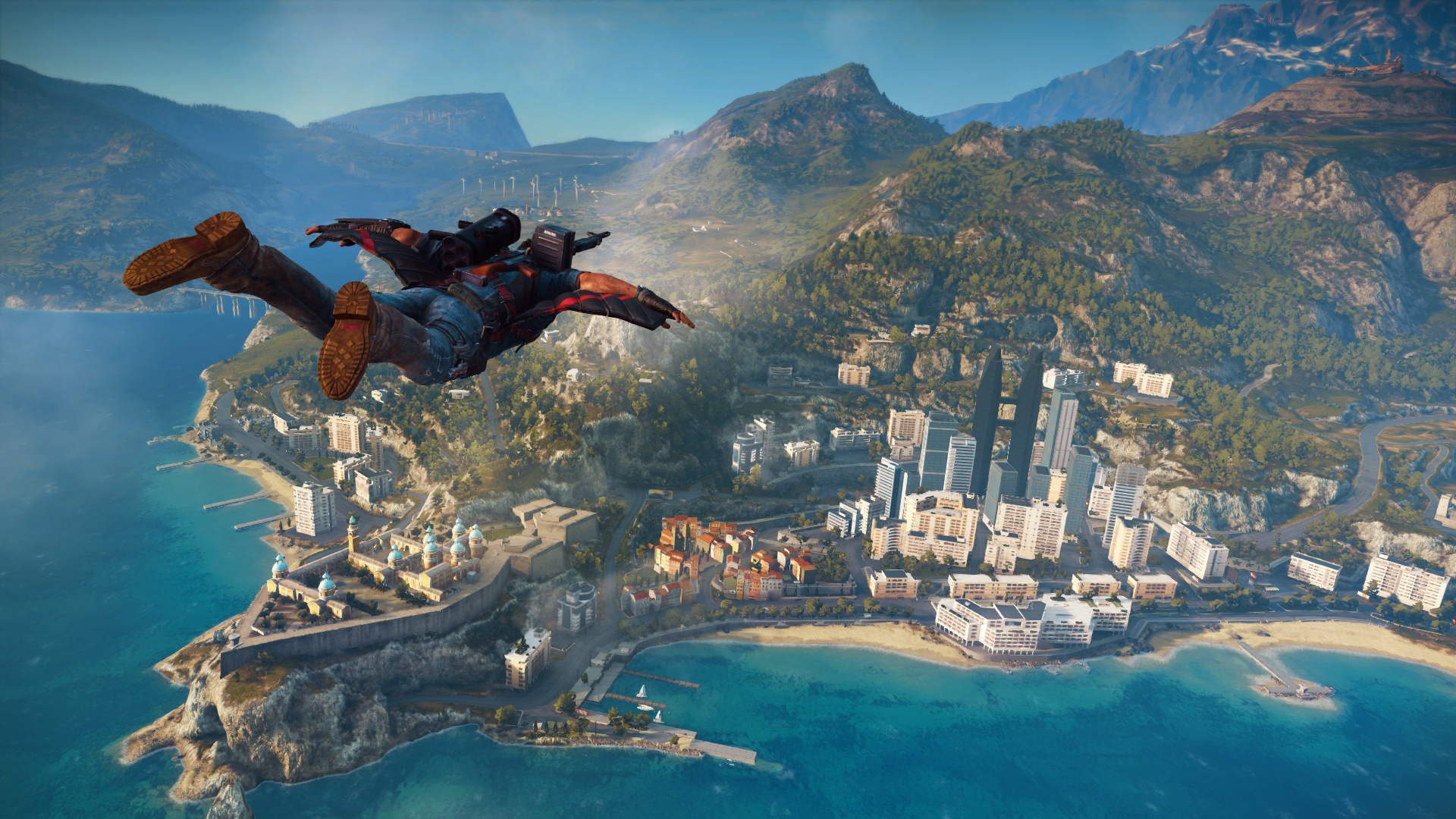 The map itself seems to be located in the Mediterranean area which has quite a bit of graphical enhancements. You will notice that the graphics have improved by quite a bit looking at the previous games. Especially the explosions etc are quite elaborate and are definitely up there when compared to  other top games coming from similar genre. 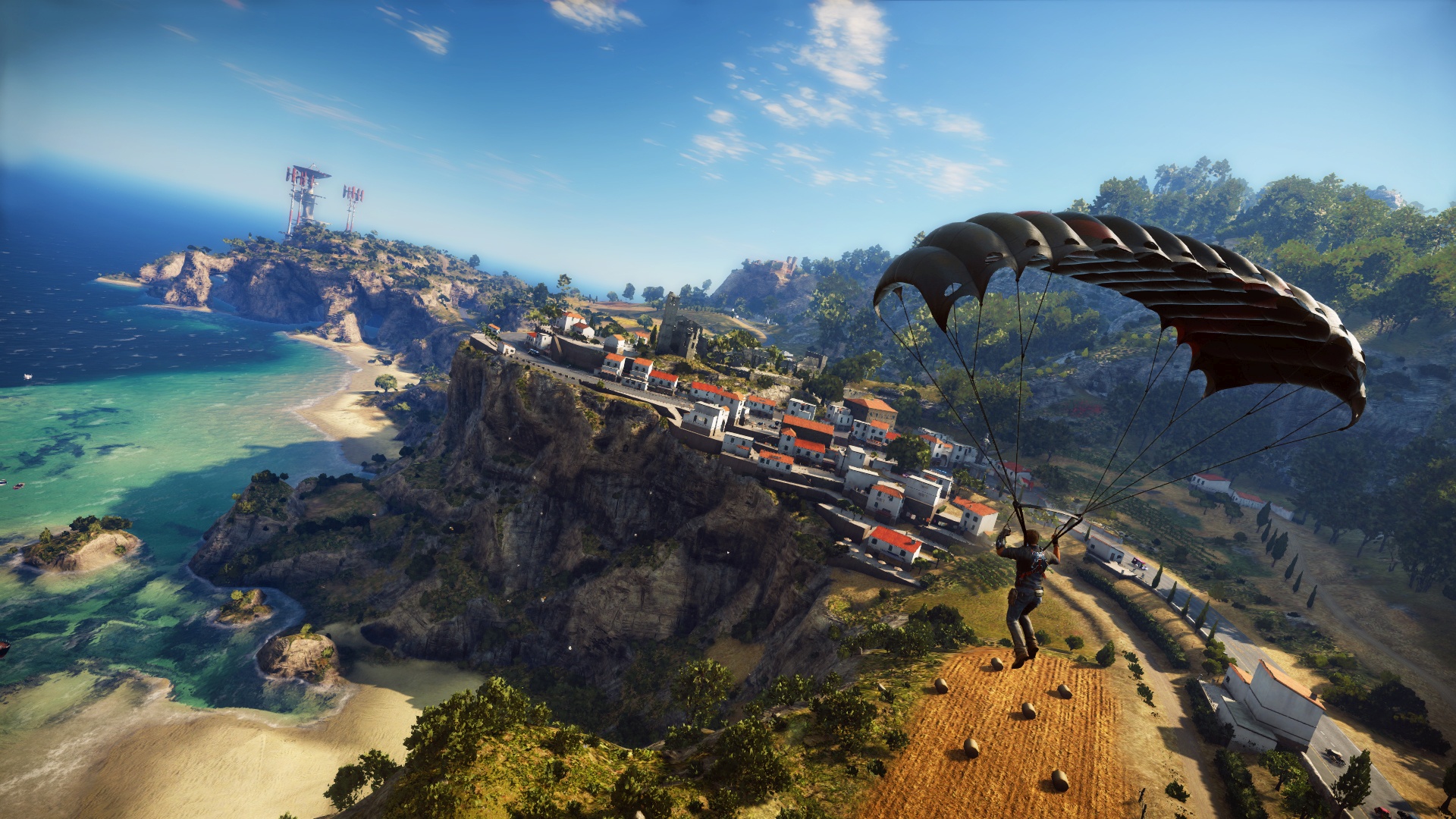 The unfortunate part about Just Cause 3 is that there is no online game mode. Furthermore, the campaign mode has only 25 missions, which you can fly through quite fast. Some of the tasks can get very repetitive but the fun factor will still be there due to the great animations. We wish though that they had put a bit more effort into the campaign mode to keep it more interesting.
Well, let’s get back to the main parts of the game, which is destroying things. You will be able to destroy gigantic bridges and take down really anything you can put your hands on.