THQ Nordic revives this action RPG that was a pleasant surprise in the last generation with few graphic enhancements.

THQ Nordic is getting a multitude of licenses and studios, they already acquired well over 30 of them under their wings and it is obvious that one of the company’s goals is to remaster sequels of the most successful titles, taking advantage of many of the classics to launch remasters that reach fans along with a new audience. Kingdoms of Amalur: Re-Reckoning is the latest example of this, a remastered version of the action RPG that debuted in 2012 for PC and consoles; At that time, the titles of Big Huge Games and 38 Studios were published by Electronic Arts, but now it is being commissioned by THQ Nordic itself, which acquired its rights in 2018.


Behind Kingdoms of Amalur: Reckoning was some well-known names, and the truth is that it did not disappoint. Ken Rolston ( The Elder Scrolls ) was the executive designer, RA Salvatore (The DemonWars Series, the first novel of Star Wars: The New Jedi Order ) the creator of his universe and background, the illustrator Todd McFarlane ( Spawn, Spider-Man ) in the art and Grant Kirkhope (a multitude of classic Rare games) on the soundtrack. An all-star team developed an IP quite successfully.

Nowadays, if we talk about ARPG or action role-playing games, no doubt most of us will think of a Souls-like game FromSoftware games, and most releases follow typical rules of precise combat, the difficulty that is high. and similar controls in terms of actions. But Kingdoms of Amalur: Reckoning was not so influenced by Demon’s Souls or Dark Souls, partly because its development began before the true explosion of the Soul, and it offered us an arcade and accessible adventure where, evasion or defence was important, but not as vital as in a Souls game. 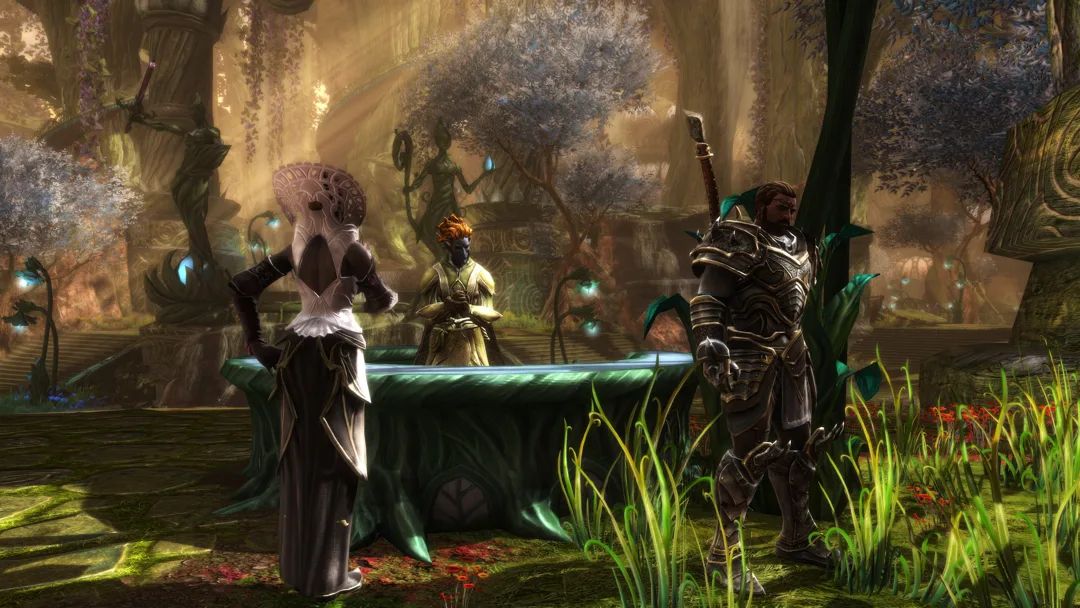 The combat mechanics are accessible and simple and offers a very comfortable learning curve. It will be easy for you to launch physical attacks with the different knives, staffs, bows and others, take advantage of stealth to eliminate enemies or use magic. The strategy aspect is missing if we compare it with other RPGs, but the truth is that if a game is fun, little else can be reproached for, and those who tried to clone the Souls formula-generally unsuccessful-. We can choose between different races, a multitude of weapons and armour, and the main story takes 25 hours, with much more to do in the side missions.

In short, Kingdoms of Amalur: Reckoning presented us with a huge world, open with nuances – in fact, the approach was quite linear, especially in the dungeons – with a solid base in the gameplay but some problems in the narrative part, with uninspired side quests. In general, a fairly competent title that knew how to take advantage of its strengths, collecting many influences of the genre and fantasy topics that did not seek to reinvent the formula, enough to be a good alternative to the deeper RPGs and players who were simply looking for an adventure-action in the third person. 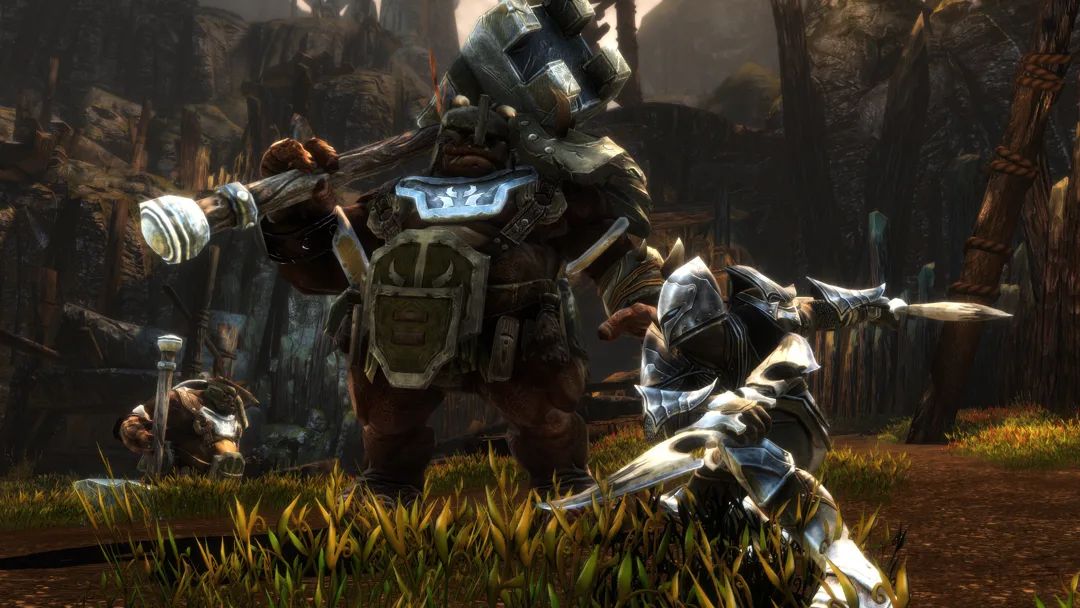 The graphic enhancements are minimal, but acceptable because it is never promoted as a remake. This version brings all the downloadable content of the original, including The Legend of Dead Kel and Teeth of Naros, which expanded the locations, missions, enemies, dungeons, weapons and armour. In playable aspects, several adjustments and balances have been made, such as a new difficulty for the most gamers, new ways to approach each area, loot more based on the abilities of your character, etc. Nothing particularly groundbreaking, but any improvement that makes it the final version is always welcome. 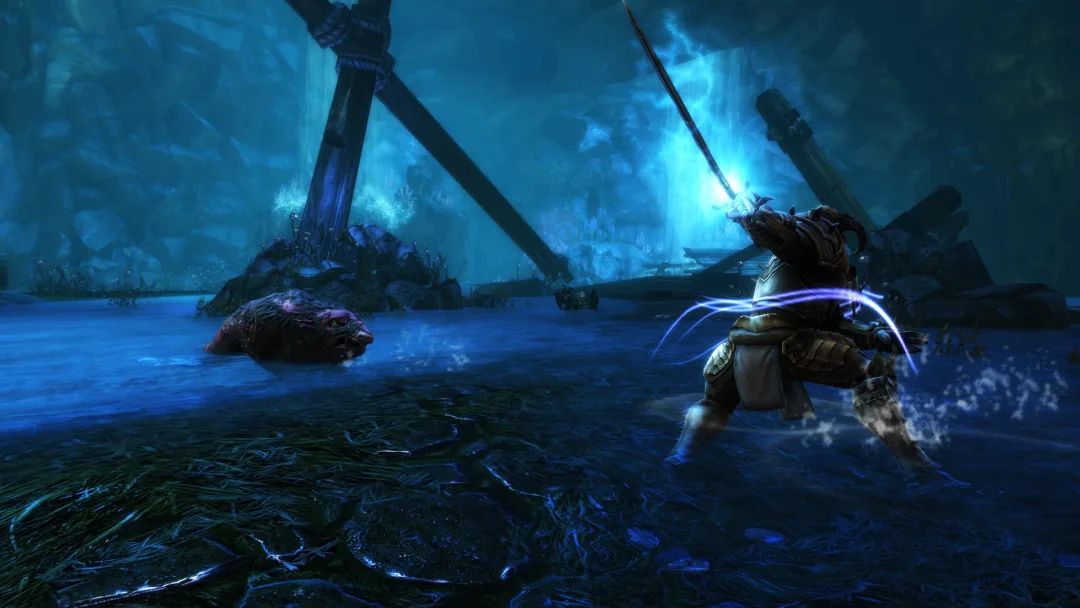 In the graphics and sound aspects, there are hardly any changes except for compatibility with 4K resolutions and a fluidity superior to the experience on the original consoles. It maintains that slightly cartoon appearance in character and scenario designs, with excessively saturated colours and limitations typical of a game from a decade ago it could have been better. The lighting does not seem to have been revised – its origin from the past generation is immediately recognized by that blur and effect of “camera with vaseline” -, giving rise to unattractive dark areas, fairly simple modelling in characters and environments, and little expressiveness in the characters – which does not help anything to add charisma-. Add to this that defects have not been corrected in the sudden appearance of vegetation in the largest scenarios and the visible change of modelling in objects as we approach them. 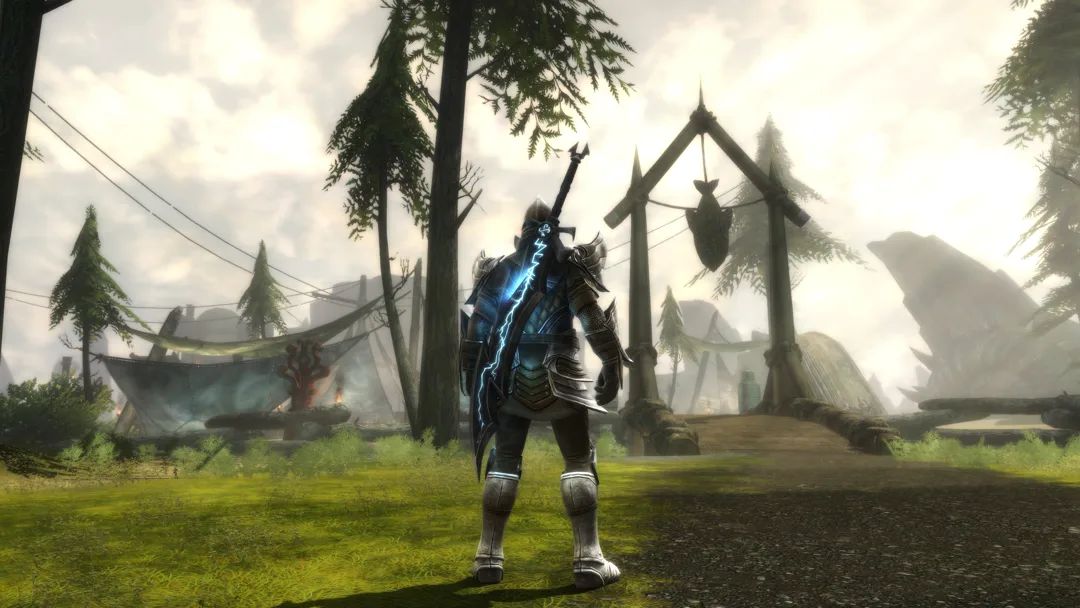 Re-Reckoning comes with the polished frame rate and resolution for modern televisions or monitors will always make it a more enjoyable experience than it was when compared to PS3 and Xbox 360; If you are about to enter Amalur for the first time, there is no better chance.

Kingdoms of Amalur: Re-Reckoning, a remastered version of an RPG that may not have been widely known, but that certainly left fond memories among those who took an interest in this action-packed, spell-filled universe. Almost a decade later the best of the original remains, beginning with solid combat superior to other more renowned RPGs; sadly the weak points are also more prominent, from a lot of filler and unattractive side quests to an alarming lack of personality within a genre in which there are many similar proposals. Remastering is minimal, with no apparent tweak other than resolution and fluidity, so we have a good role-playing game that will easily surprise those who have not enjoyed it before, but not offering much to those already enjoyed it in the last generation.

We prepared this review with a digital code for the PS4 Pro version of the title provided by Terminal.

Battleborn will shut down its servers later this month
January 5, 2021