An odd 2D adventure with some platforming, puzzles and action that stands out for the atmosphere and its story.

One of the advantages of digital distribution is that it allows many studios to risk experimental proposals that would otherwise be unfeasible. Neversong for example, from Atmos Games and Serenity Forge, is one of these titles aimed at a very small audience, it’s a classic platformer that’s more focused on narrative.


Neversong – formerly known as Once Upon A Coma – tells us about Peet, a boy who wakes up from his coma and then discovers that his girlfriend Wren has disappeared. Something has happened to adults – they have not returned since they went looking for Wren – and as her story progresses, we will discover secrets about her protagonist’s past in a world that seems to be taken from a twisted children’s tale; arguably inspired from a Tim Burton’s movie. From the beginning the game highlights its intention to cause emotions and, although it does not stand out for a complex story, at least it makes it’s setting more striking than any title in the same genre. What really happened? Is Wren dead just like other kids say?

The funny thing is that the title is based on a real experience of Zhenghua Yang, founder of Serenity Forge, who spent two years recovering in a hospital from an incident that almost killed him. At this time he struggled against loneliness and lost contact with his friends at the University, who continued their lives normally; In the end, Yang found refuge in video games and began to see them as more than just a distraction for children. The goal is for players to grapple, in subtle ways, with dark themes that include losing loved ones, depression, or remembering who you are regardless of the circumstances.

The title takes several ideas seen in many other titles, although it does not delve much into any of them. We are talking about a 2D platformer with small puzzles and a certain dose of Metroidvania. Perhaps at first, it sounds too ambitious, but in reality, Neversong is very light in these sections and for example, the issue of backtracking or turning back is done in tight spaces. Let’s take an example from the first few minutes of the adventure: We left a house, chatted with some children, discovered a sequence of musical notes, and returned to our piano to play the sheet music, which rewards us with a baseball bat, useful for removing enemies or open the way to the underground zone. Later we will get a scooter to climb ramps and reach new areas. 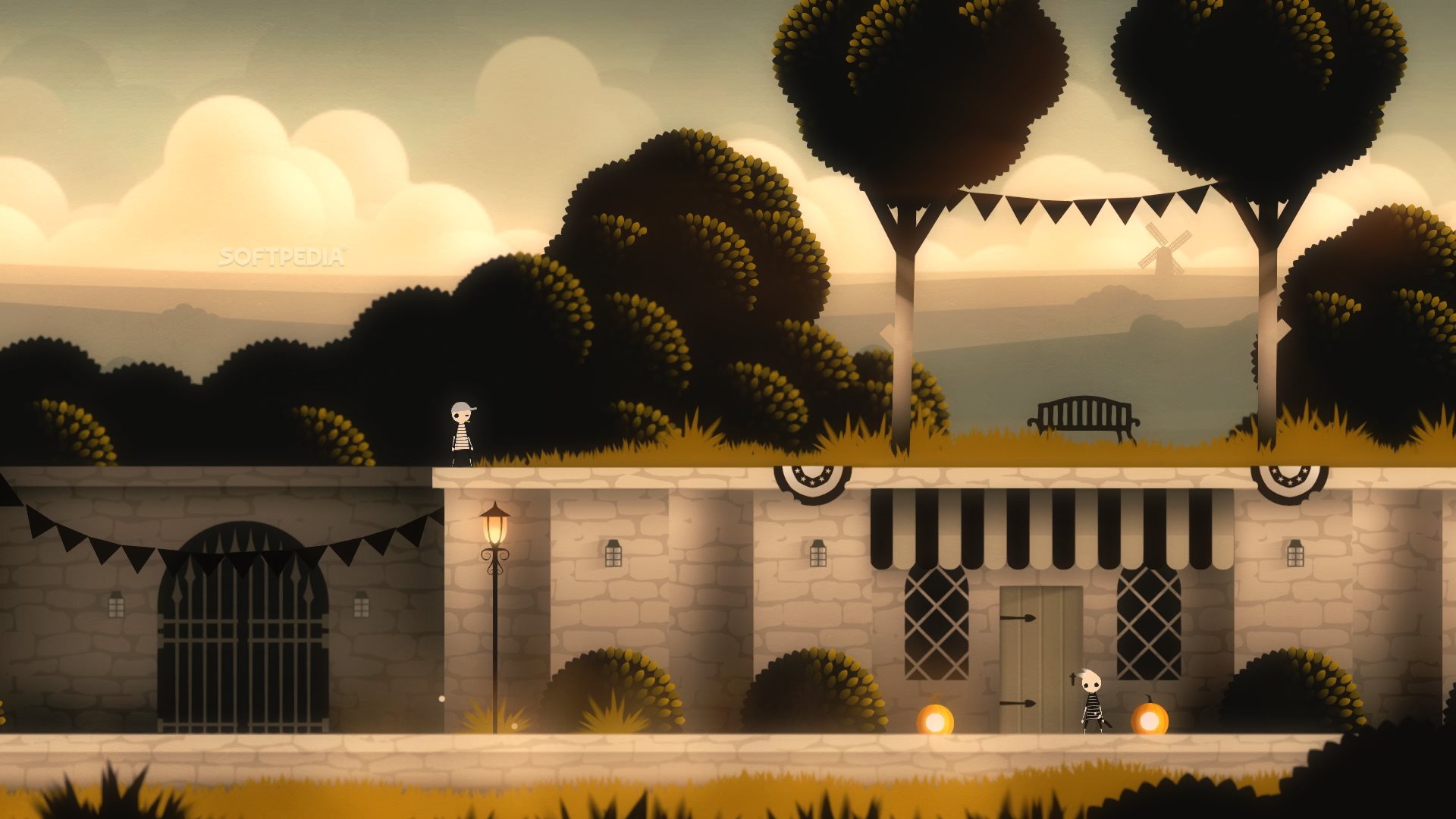 So these skills are used rather than exploring optional areas or uncovering great secrets to advance in the only possible direction, and the combat itself is fairly straightforward: hitting spiders and creatures with a bat as soon as they get closer than they can bite. There are bosses and sections where the combat has more weight, without presenting anything excessively novel or remarkable: it works correctly, but we are not talking about precise and fun Hollow Knight- style action. In the same way, the maps are not excessively elaborated or thought so that you get lost along the way, rather on the contrary: a character asks you for help to search for a specific object, you advance and when you get it you go back because you know that this was what you needed, without big detours. 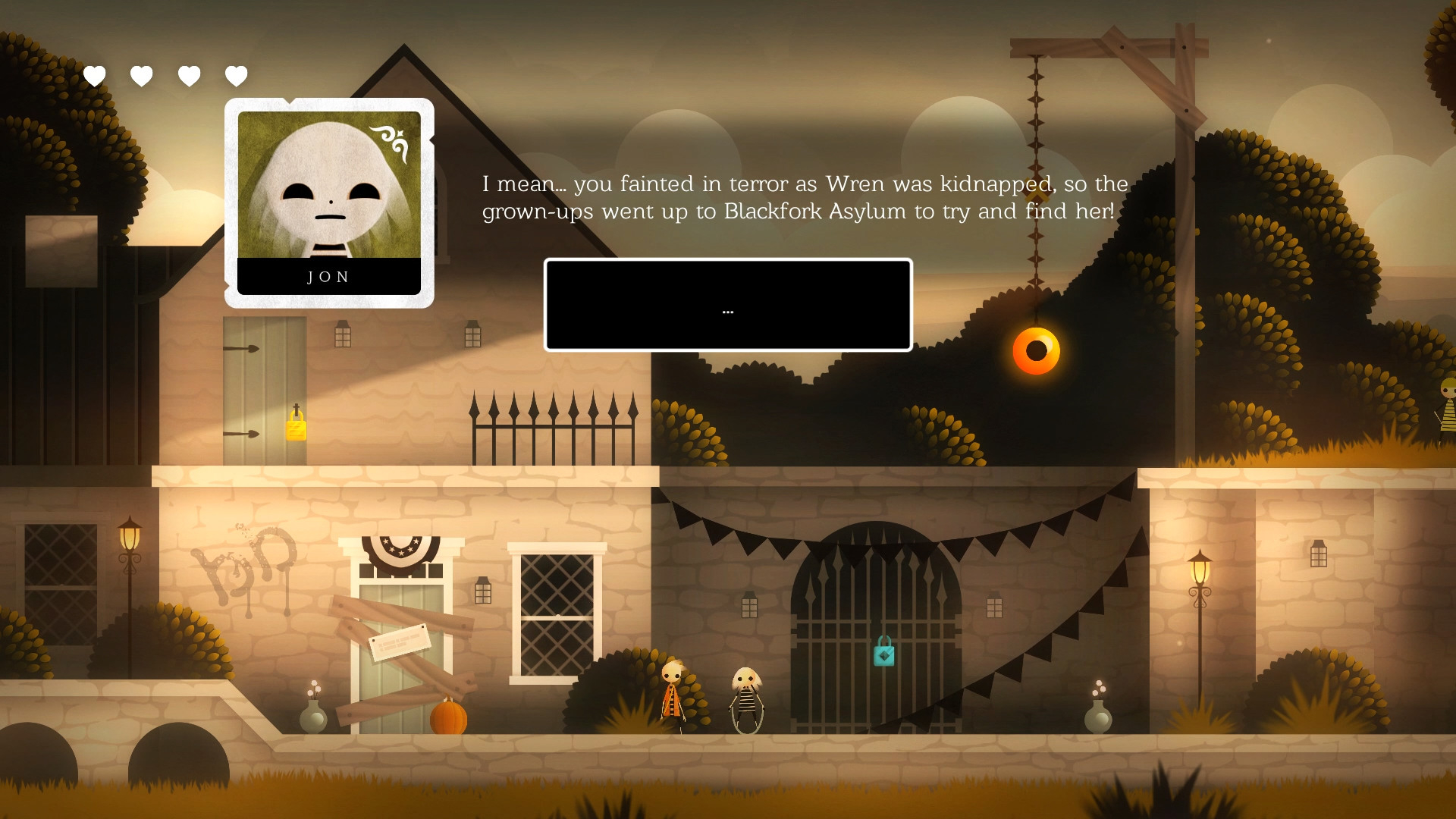 The real engine to advance is in the interest to discover more of this world, and sometimes we will find that control can play a trick on us in fights or during jumps between objects with pendulum physics. Similar to its Apple Arcade iOS release, playing on PC with a pad is recommended. 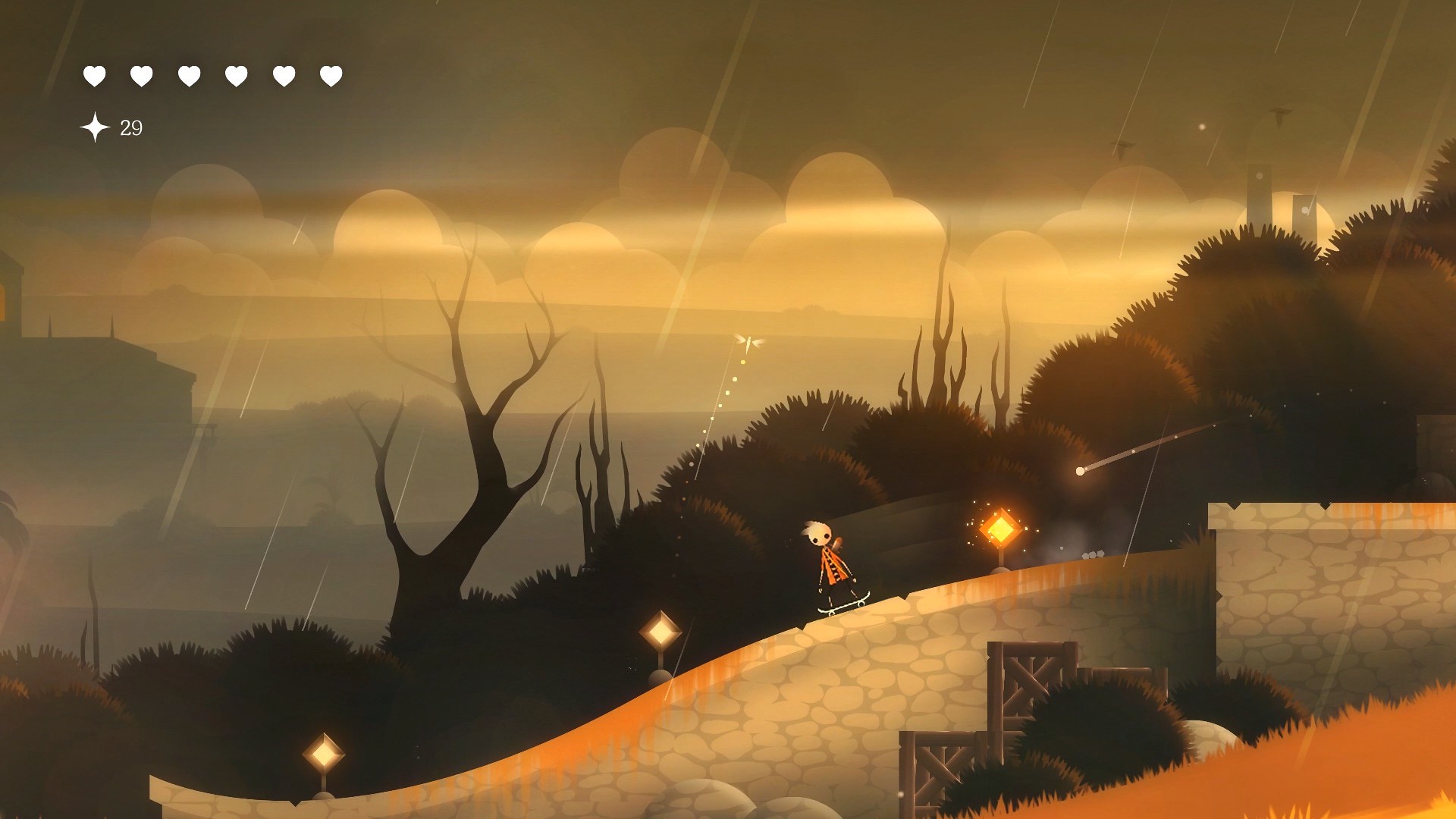 Neversong lasts a breath, and in three hours you will have finished everything it offers. More than one player will miss more content and locations, but the truth is that we would have liked more quantity with variety, not more of the same. One of the problems with its great setting is that it doesn’t vary too much, and it can get a little drab, just like the kind of challenges it poses. Of course, the duration changes a bit depending on what we want to investigate the map or possible puzzle locks, but it is much more linear than it seems at first glance and not very replayable. It is an experience to enjoy with the first game, not to return repeatedly – it is not an arcade game.

Without a doubt, the visual aspect –more than the sound one, which the piano uses but without over-emphasizing- is the most striking aspect of this adventure. The characters and the game world have a very clear and minimalist aesthetic, almost from Guacamelee! , but with a melancholic colour palette and dark interiors, and nightmare cartoon creature designs. The animations could be more expressive, but of course, their graphics are great and without the need for great technical boasts. 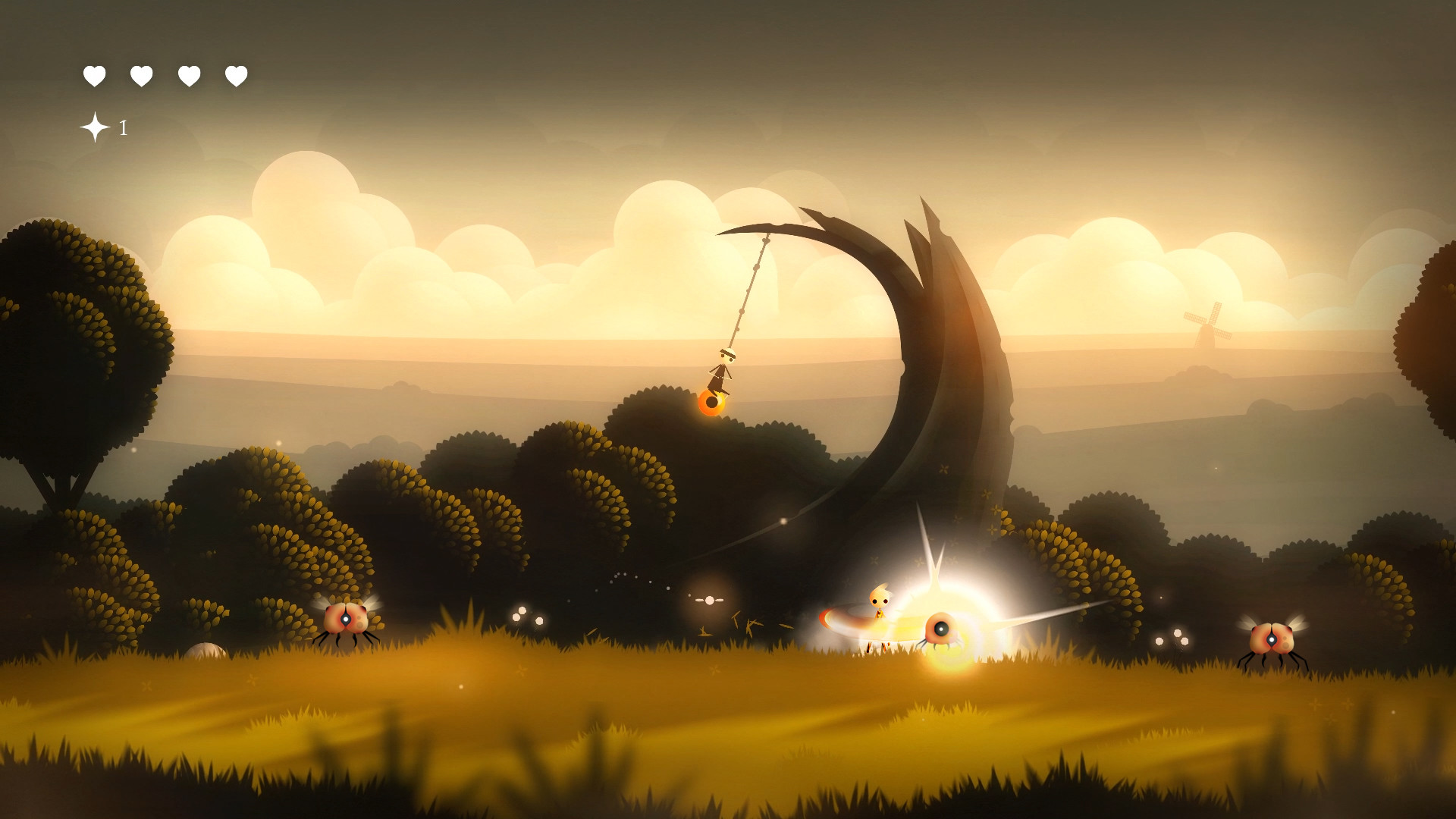 It is not a scary game, nor is that its real purpose, but the themes of its history, disturbing scenes, or the overwhelming theme do not make it highly recommended for the little ones in the house – who, perhaps, will not understand some of the argument messages.

As a mix of platforms and puzzles, Neversong is a very interesting proposal from Apple Arcade that stands out for its attractive setting. The point is that on PC there are many other similar and rounder alternatives in all its aspects: there are better platforms in the classic style, we find a multitude of Metroidvania with more elaborate mechanics and stories that leave more marks. But the set is more than the sum of its pieces, and it will certainly keep you on your toes until you discover the mystery of its plot. If you like the genre and don’t have an Apple Arcade subscription, the PC version – the studio wants to bring it to consoles later – is more than enough to get you hooked, even if it’s for a few hours.

We prepared this review with a digital review code for the PS4 version of the title provided by Terminals PR.